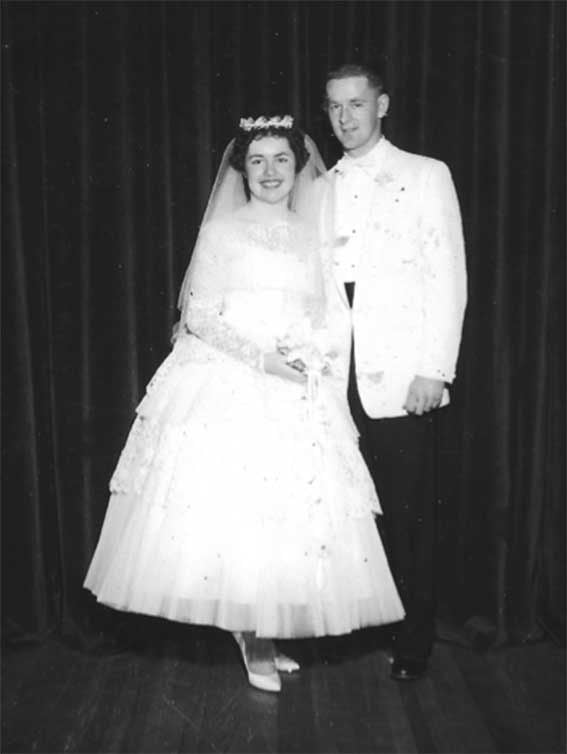 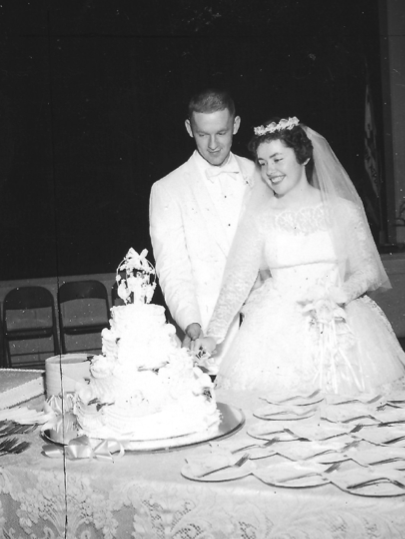 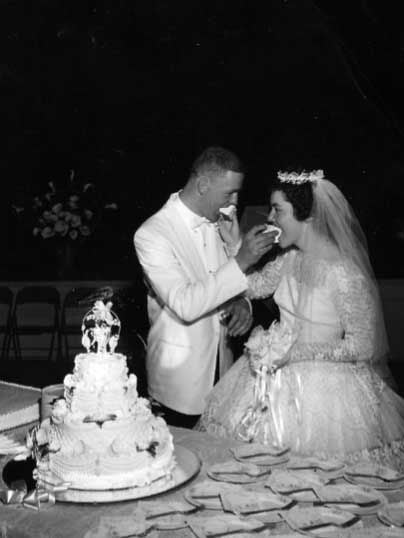 Martha (Walker) was born in Napa at Park Victory Hospital. She graduated from Napa High in 1958 and is a life-long artist who taught her children and their friends to paint, and owned a stained-glass business during the ‘70s and ‘80s. She also worked at Robert Mondavi Winery and Napa Valley Art Store.

Sam was born in Stockton and was a 1955 graduate of Napa High School. He worked for Bank of America, Rheem Manufacturing and Robert Mondavi Winery. After retirement, he worked part-time at the Culinary Institute of the Americas as a bus driver for the students, where he learned about making chocolates, a hobby that he imparted to others while teaching at the Napa Valley Cooking School. His other hobby is working on the 1930 Ford Model A he inherited it from his aunt, when he was 17.

They met at the Queen of the Valley Hospital, when Sam’s mother was recovering from an illness. Martha was working at the hospital as a nurse’s aide, and the nurses would send her into the hospital room with various mundane tasks, to try and get them together. It worked. They raised four children and have two granddaughters.

We’re excited to celebrate your achievements.