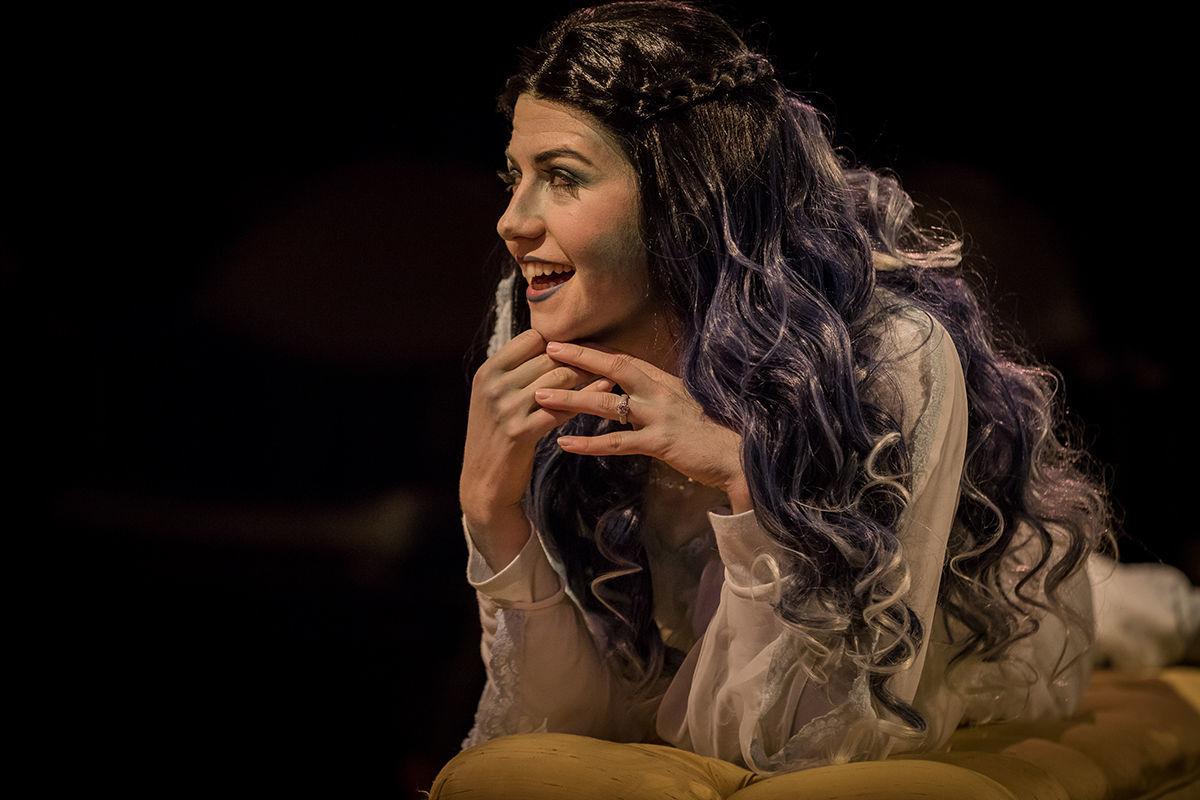 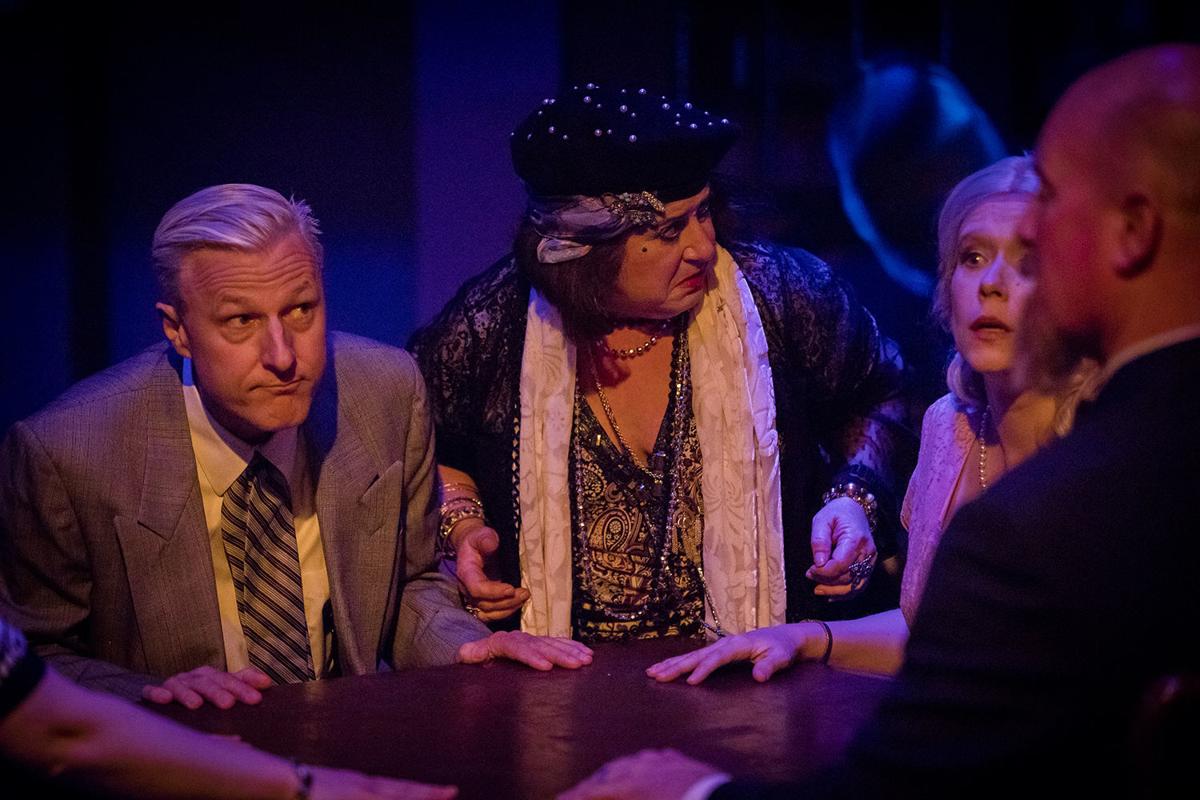 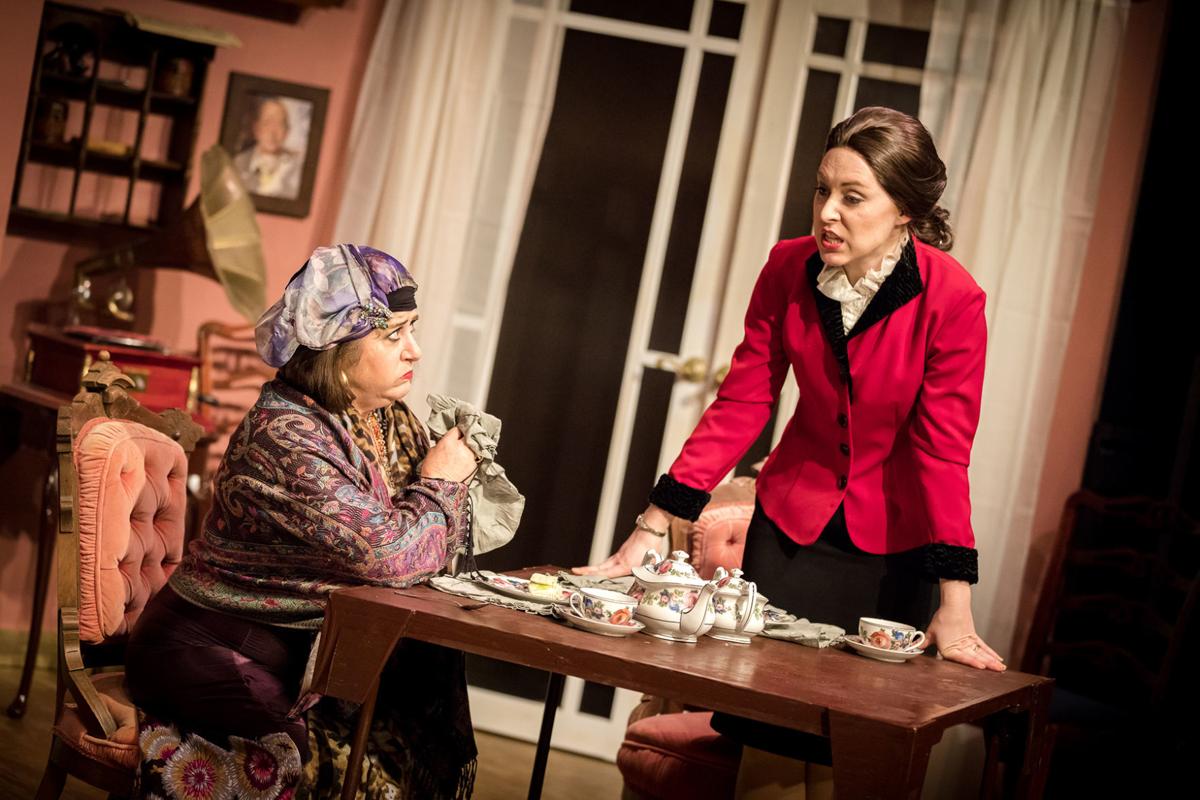 English novelist Charles Condomine stages a faux séance to research his next book, not realizing that the medium, Madame Arcati, is genuine. Spectral vibrations shake the household, flipping the parlor table and materializing the ghost of Charles’ late wife. Her manipulative, otherworldly schemes and delightfully wicked sense of humor threaten to disintegrate his current marriage.

Vivacious and clever, Noël Coward’s capering dialogue dashes between characters with brisk enthusiasm and biting wit. “It’s discouraging to think how many people are shocked by honesty and how few by deceit,” Charles remarks, after a callus observation. Pompous and languid, he takes the unexpected haunting in stride after a few glasses of brandy, and proceeds to infuriate his living wife by constantly conversing with the flirtatious apparition.

Surprisingly light-hearted for a story centered on death, director Barry Martin has brought out the exuberance and melodramatic supernatural antics of ‘Blithe Spirit’ through an accomplished cast and well-placed special effects built into the set. April George uses her lighting magic of thrilling strobes and eerie shadows to bridge the spirit realm.

Karen Pinomaki is in her element as the bubbly Madame Arcati, beads jingling merrily during her pre-séance calisthenics and stretching routine while explaining the subtle differences between elementals and poltergeists. The recently hired maid, Edith, is comic gold in the hands of Alise Guzik, who rushes through rooms and down the hallway with the enthusiasm of an Olympic sprinter.

Willful specter Elvira (Sydney Schwindt), in superb makeup by Brette Bartolucci, integrates menace with coquettish pouting that is captivating from the moment she appears in billowing mist. The grounded, reasonable second wife Ruth (Kirstin Pieschke) finds herself in an impossible position. The lack of compassion for her plight is disturbing, adding a dark element to the otherwise frivolous plot. Caught between two women he loves, Charles (Tim Kniffin), causes endless misunderstandings by failing to clarify which wife he is addressing. Ruth interprets his rantings at thin air as being directed to her, often marching out of the room in high dudgeon at her thoughtless husband.

This vintage play, while charming, does contain colonialist ideals that are troubling and demonstrate how far we have come in racial sensitivity as a culture.

‘Blithe Spirit’ moves at a brisk pace with delicate allure. Humorous and romantic with touches of the macabre, Lucky Penny’s exquisite staging is mesmerizing and a spooky treat for Halloween.