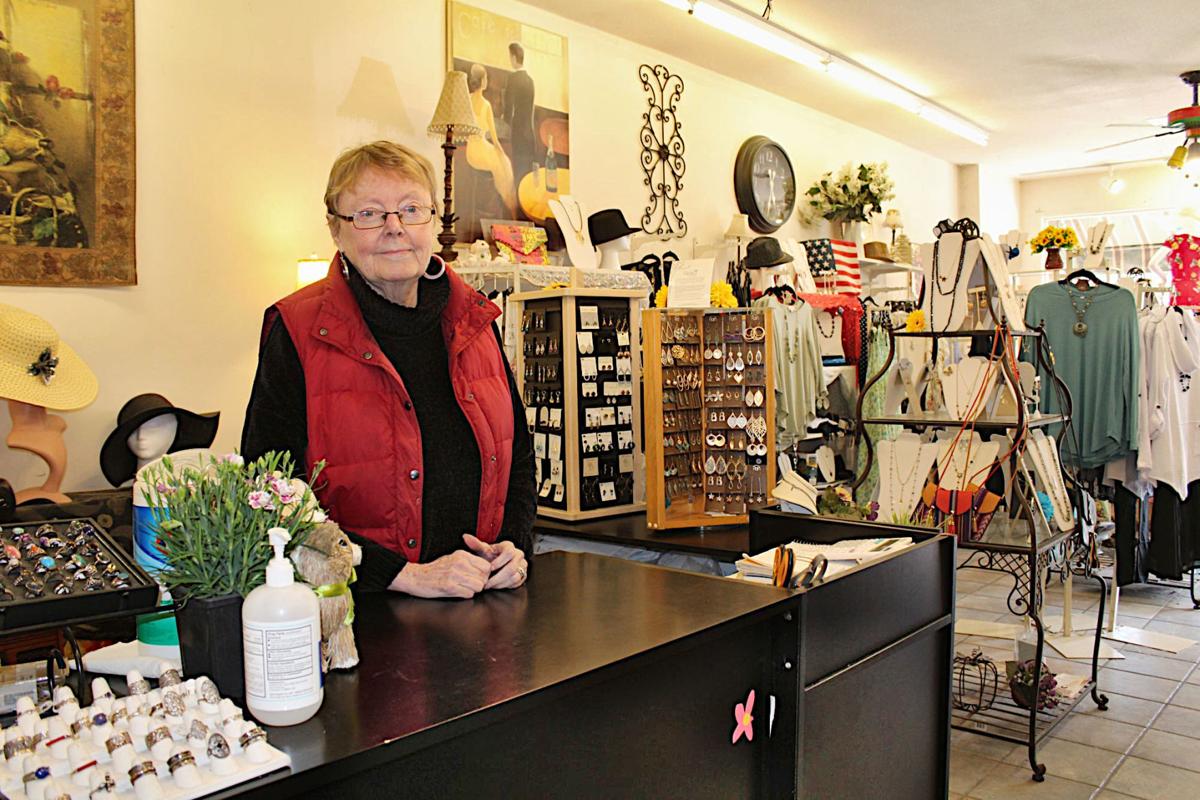 Carol Bush has owned North Star on Lincoln Avenue in Calistoga for 40 years this month. 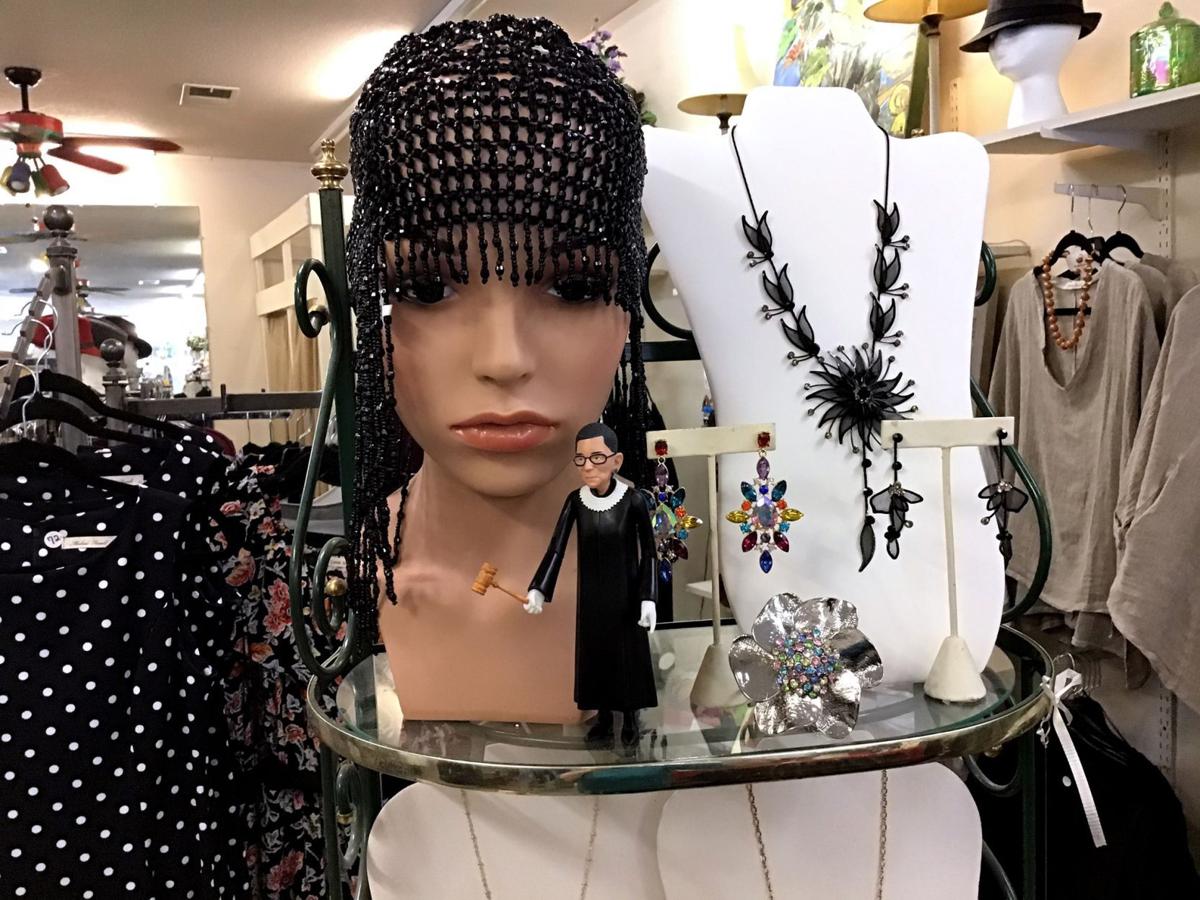 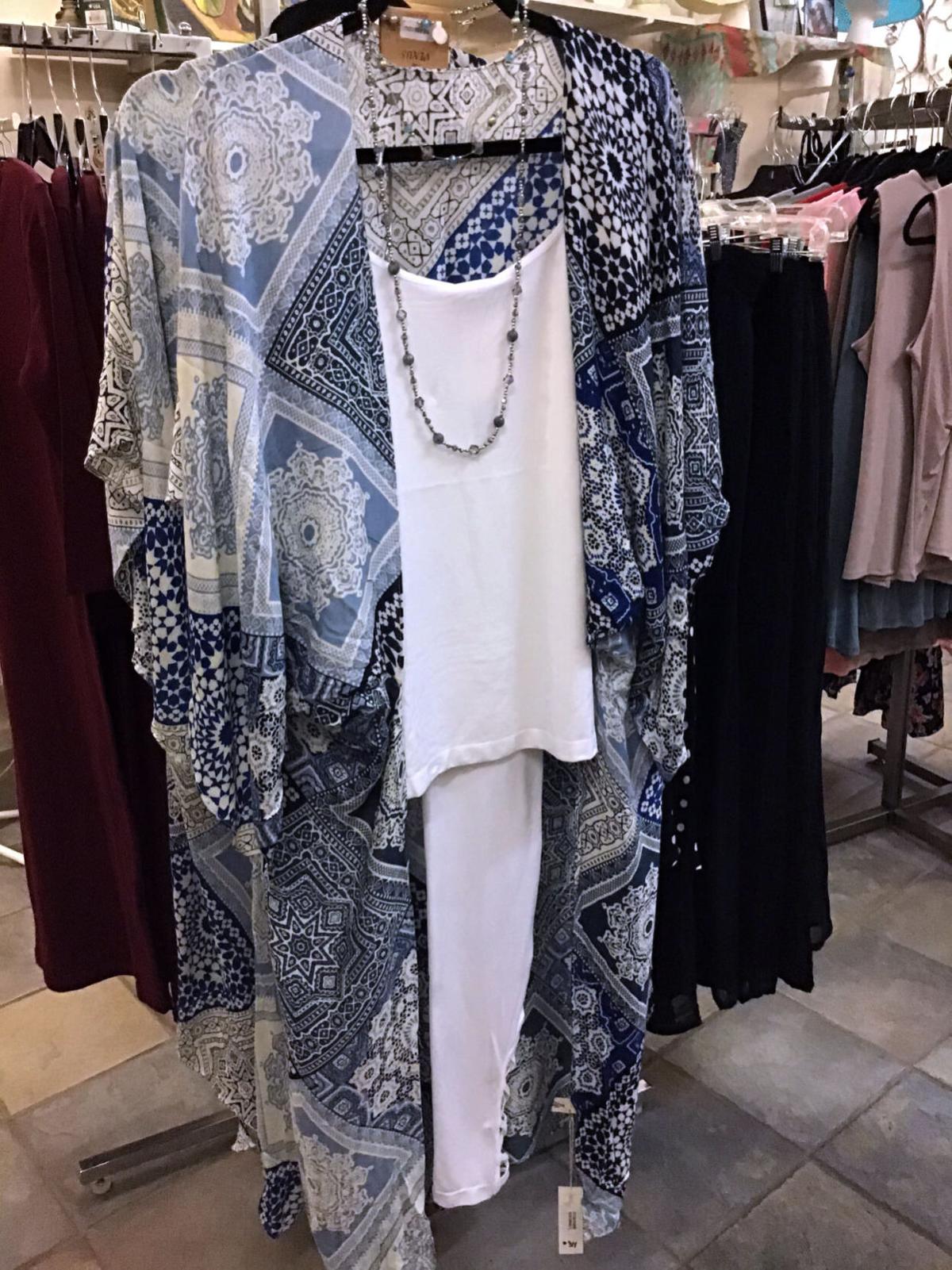 Clothing from North Star on Lincoln Avenue in Calistoga. The business is celebrating 40 years. 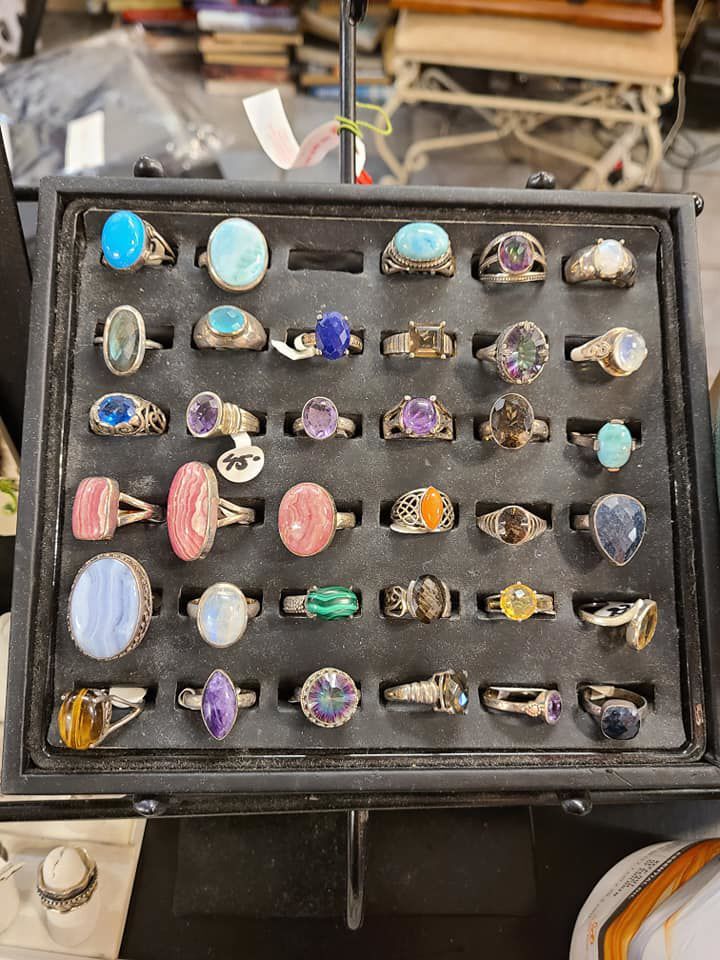 A few goodies from North Star on Lincoln Avenue in Calistoga.

One of the great things about living in a small town is the people you get to know. In Calistoga, one of those is Carol Bush, owner of North Star on Lincoln Avenue.

Bush has been operating the store for 40 years. That longevity has brought with it life-long relationships, as friends, neighbors, and kids who used to play in the one-time video arcade, drop into the store on any given day to catch up on the latest.

The journey to Calistoga started in the early 1980s, when Bush and her partner, Derek, moved from Oakland to Santa Rosa. Both cities were too big for their liking.

“We decided we’d get in the car and drive around until we found a town we liked,” she said, adding, “We moved here with no money.”

In 1981 they moved to Calistoga and started North Star, which was then a record shop and video game arcade — think Pac-man and kids in town with nothing to do.

“Derek had made friends with a guy who was willing to put in video games and just split the take. We’d be the people that paid the rent and ran the place,” Bush said. “But we made money from the first day and managed to hold on ever since.”

Though she said there are those who might disagree, the town has physically pretty much stayed the same. There were two hardware stores and fewer restaurants.

Except, “It was more wild and woolly in those days,” she chuckled.

There was a campground, she recalled where Calistoga Ranch used to be, and that attracted “transient men. Not farmworkers. We were open until 11 p.m. or midnight sometimes. They would wander into town and kind of drink and carouse around.”

Bush also ran a used bookstore with her brother, which didn’t survive.

In the beginning customers in the arcade were mostly boys, and a few girls.

“That’s how I knew all the boys in town. Occasionally they come back and say ‘remember me?’ and I literally haven’t seen them in 35 years.”

“One of the oddest things that happened was a man came in one day and asked why the T-shirts said ‘Calistoga.’ It turned out he thought he was in Napa. I didn’t even know how to answer him,” Bush said.

Back in Oakland, Bush had a preschool, and is now on the board of Hearts and Hands Preschool in Calistoga. Her knack with kids is evident, as she watched kids who played in the arcade grow up and, now, all grown up, some still come into the store to visit.

Bush’s partner, Derek, died 19 years ago. She has also weathered economic downturns, wildfire threats and evacuations and this past year, the pandemic.

“The secret this year was the landlord who was very conscious, really wanted us to make it through this. And Social Security,” she said.

So how long does Bush think she’ll be running the store?

“Probably until they drag me out of here. I have no desire to retire.”

Photos: Lions, dolphins and more: Check out these residents of Six Flags Discovery Kingdom in Vallejo.

A group of lions at Six Flags Discovery Kingdom

Dolphins at Six Flags in Vallejo

A lion at Six Flags Discovery Kingdom in Vallejo

What the Colonial Pipeline Hack Means for Fuel Supplies

After a 6-year absence, City of Calistoga to reactivate Green Committee

In the coming weeks the City will be accepting applications to serve on the Green Committee to help the city work towards sustainable programs.

Come the next wildfire season, Calistoga will be better prepared with state-of-the-art, highly detailed digital wildfire maps and response plans.

Calistoga is set to receive nearly $1 million in federal CVOID-19 relief as part of the $1.9 trillion American Rescue Plan.

Ace Hardware donated $5,262 to the Calistoga Firefighters Association, next, customers can 'round up' their receipts for Calistoga Cares food pantry.

The City of Calistoga has started the process of updating the Housing Element of its General Plan, and is preparing for community input.

Calistoga named one of Travel and Leisure's best small towns

Calistoga has been named one of Travel and Leisure Magazine’s 10 best small towns in California.

Carol Bush has owned North Star on Lincoln Avenue in Calistoga for 40 years this month.

Clothing from North Star on Lincoln Avenue in Calistoga. The business is celebrating 40 years.

A few goodies from North Star on Lincoln Avenue in Calistoga.