Become a Member
Read Today's E-edition
Share This
A 'Fresh Start': Napa small business owner Mackenzie Payne has entrepreneurship, organization, in her DNA
Share this
1 of 5 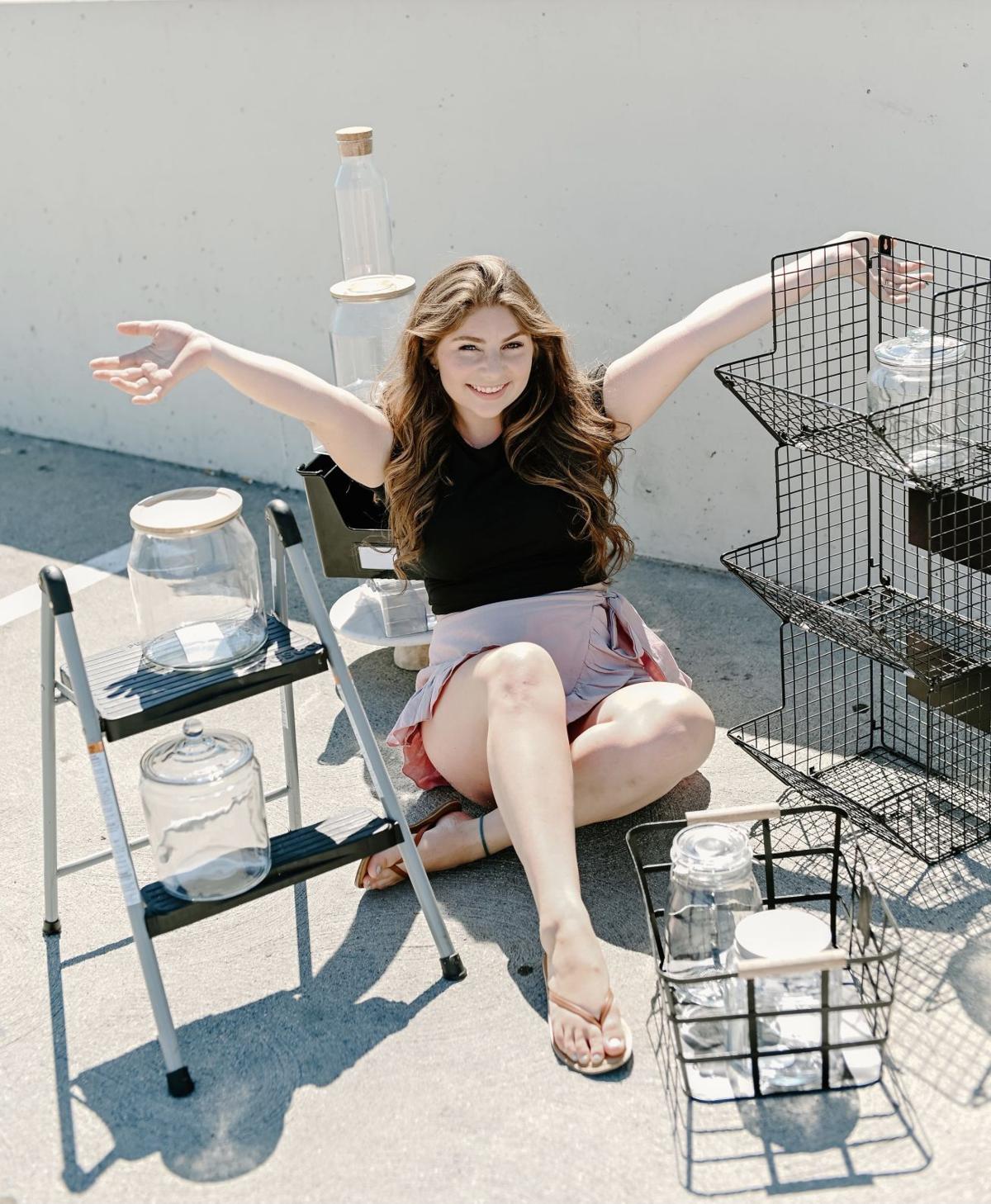 Mackenzie Payne, owner of Fresh Start Organization. This Napan recently started a business helping people get, you guessed it, organized. 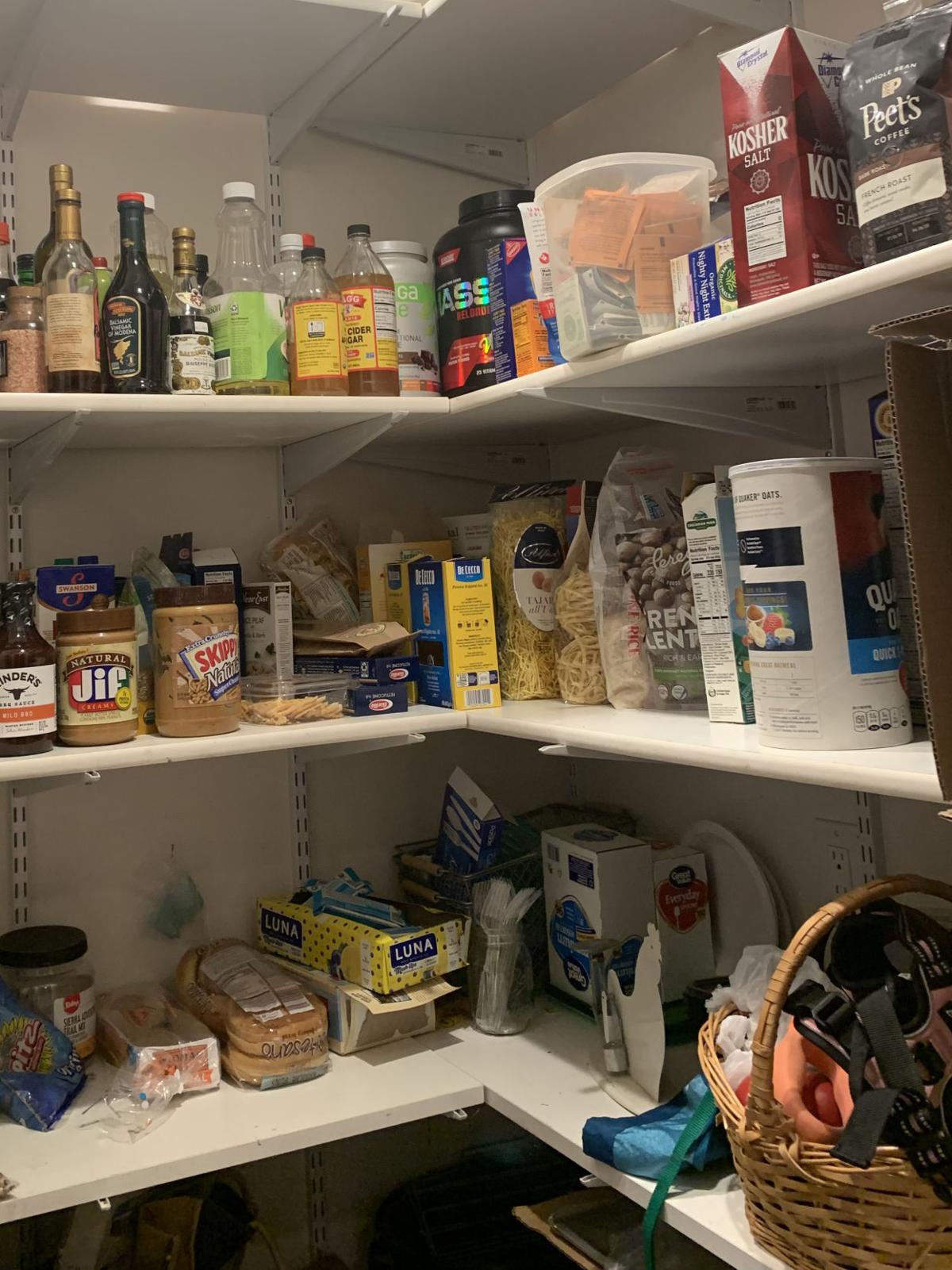 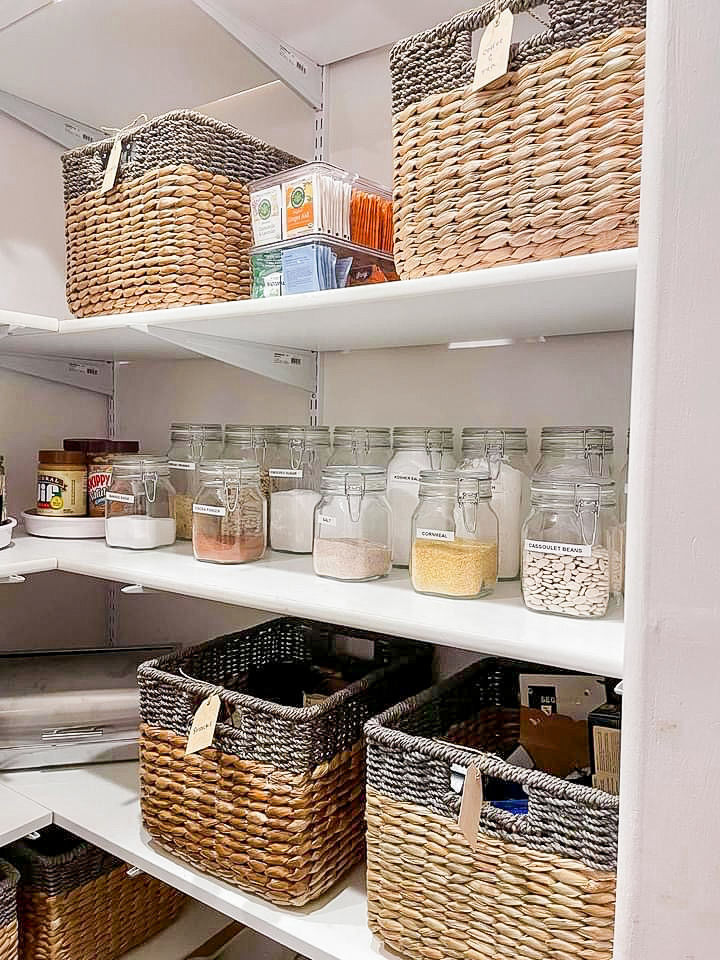 A "after" photo of a space that Mackenzie Payne recently organized. The Napan recently started a business called Fresh Start Organization. 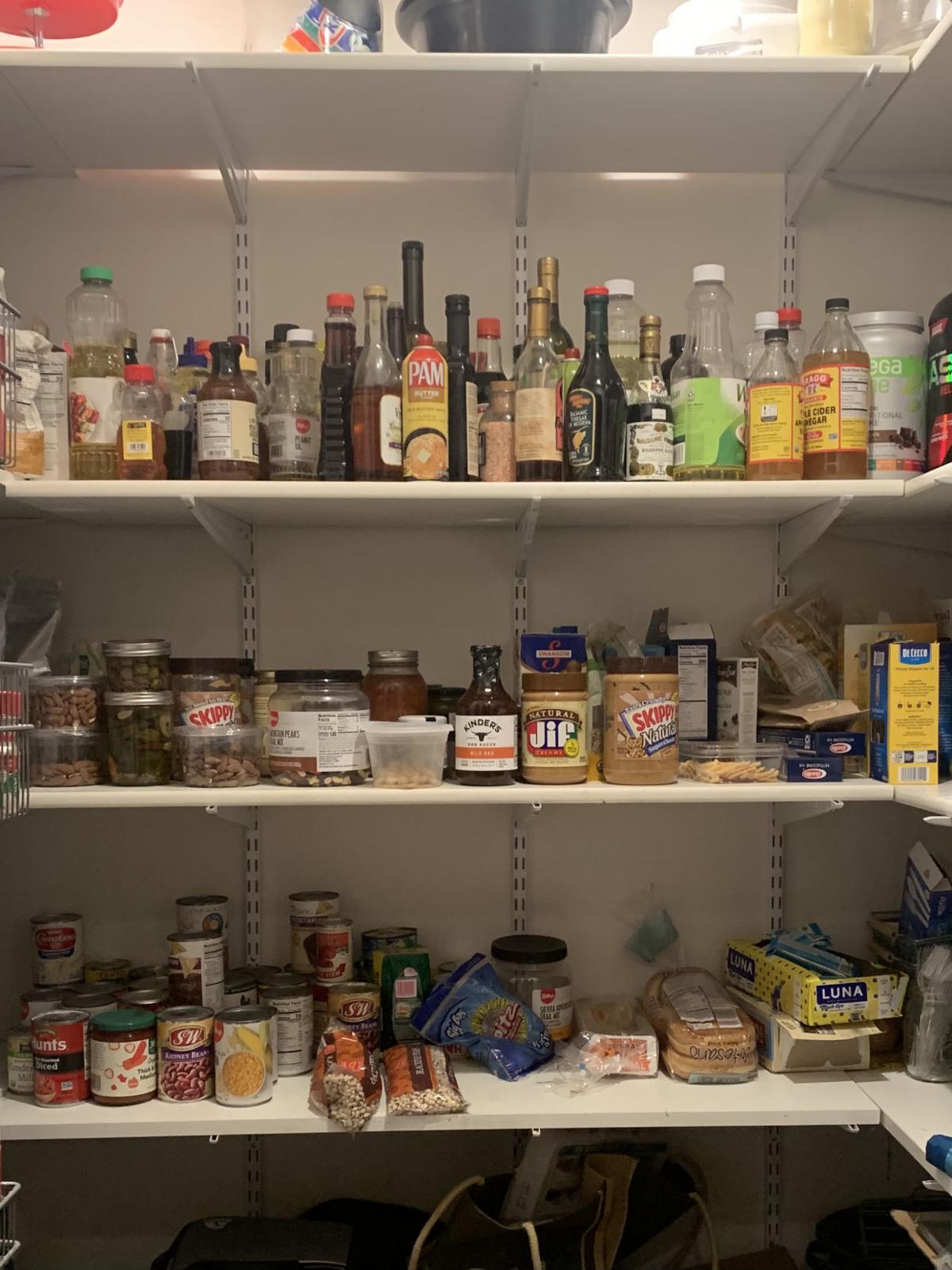 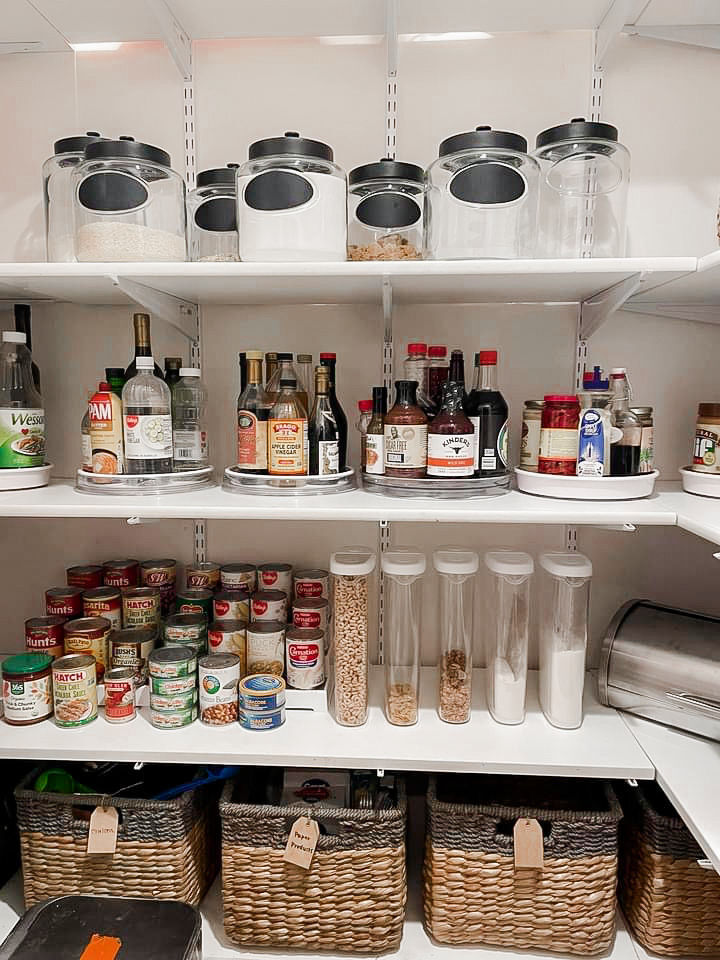 An "after" photo of a space that Mackenzie Payne recently organized. The Napan recently started a business called Fresh Start Organization.

Napa resident Katie Aaron went on vacation some months ago and returned to find her out-of-control pantry completely transformed. This was no mystery, though. It was the work of Mackenzie Payne, owner of Fresh Start Organization.

“I’m a friend of her mother’s, and been watching Mackenzie’s Instagram stories (about her organizing work) and I needed a house-sitter, and I (hired her for that and) and said, while you’re here, maybe you could work on the one space in my home where I thought she could make a difference,” Aaron said.

The result was better than Aaron had even hoped, she said.

“I was floored. I’m a pretty organized person, and I was very excited about what she would do,” Aaron said. “I didn’t give her any direction. Just left it up to her, and I came back from vacation and couldn’t have imagined anyone doing a better job.”

Payne, a Napa native and a 2020 Napa High School graduate, hired herself out as a nanny for the last two years, when the COVID-19 pandemic threw a monkey wrench into her plans to become an event planner—having even secured a position with the Bottle Rock organizers—and that’s what lead to the founding of Fresh Start.

“I organized spaces in my nanny client’s homes, and posted photos on Facebook one day and got a lot of responses and started doing it for other people,” she said. “But working more than full time wasn’t working for me, so quit the nanny-ing, and started doing this full time on June 16.”

“Organizing is something I’ve always done for my own room and never considered I’d ever do it as a business,” she said. But, then COVID ended the event planning plan, and the nanny-ing led to the Facebook post and the rest, as they say, is history.

“It was a picture of a pantry in the house that I nannied,” Payne said. “It was organized and looks pretty.”

Payne said she has “a special organizing kind of brain, I guess,” and starts planning the process in her head as soon as she lays eyes on the mess.

“Usually, I can visualize the end result,” she said. “Clients are usually apologetic about the mess, but I’m excited because I can see the final result. I break things down into categories. A big mess is really a bunch of little messes. You work through it and sort objects into categories. I buy tons of bins (and shelves) and create a place for everything. That’s key.”

Not that a huge disaster of a space isn’t intimidating. It sometimes is, she said.

“It can be overwhelming, but I get past it. I find I like the routine and the feeling of accomplishment when it’s done,” she said.

She said she has yet to be bested by a clutter of any size.

“It just takes time. I’m starting one now — it’s an artist’s house — that I could be in for a long time. They’re beautiful things but they’re everywhere so we have to tear down and figure out what’s most valuable or you can’t identify the things you really love when there’s too much. “

Payne said she usually works alone, but sometimes hires a friend or a sibling—she has two—to help.

The biggest challenge Payne said she’s found is in booking her time properly. The best part is “the satisfaction of the client when it’s all done. I think the husband’s reaction is usually the best, because they’ve been thinking ‘why are we spending money on this?’ but they say ‘wow, I didn’t think it could like this, and usually they want me to come back for more. It’s awesome and I get to build a relationships with my clients.”

Payne said she always knew she’d go into business, having watched her mother, who’s a realtor, and her father who’s a contractor, though she didn’t imagine it would be organizing other people’s stuff.

“I probably get a lot of my independence and business skills from my mom,” she said. “I think that is my niche for now.”

This works great for Aaron, and Payne’s other clients.

“I needed someone to organize the one thing that continues to be disorganized, and so I now have a system and I think it will work, thanks to her help,” Aaron said.

“Having kids and multiple people in the pantry daily it’s hard to keep it organized. I think with a number of labeled baskets, containers, shelving and other organizing methods I think it will work. Signage helps. It’s obvious where things go. Also, when I’m running low on something, I can tell. I love these lazy susans for the oils, vinegars and honeys. I think this is going to be a great improvement to this space in our home, and we won’t be buying doubles of things.”

Aaron had high praise for Payne’s work ethic and attitude, as well.

“She was phenomenal,” she said. “She’s a young businesswoman; so professional and very serious and also enthusiastic, and it’s exciting to see that.”

For information or a consultation, go to: Instagram.freshstart_organization, email makenziepayne@freshstart-organization.com or call (707) 592-4729

Napan Gabrielle Cole has created a new way for moms to navigate the motherhood MAZE.

This Napa native has turned the pandemic lockdown into a very tasty business: Jakob Chocolates.

The students at Napa's Seasons of Wonder preschool are learning and having fun despite COVID-19.

Mackenzie Payne, owner of Fresh Start Organization. This Napan recently started a business helping people get, you guessed it, organized.

A "after" photo of a space that Mackenzie Payne recently organized. The Napan recently started a business called Fresh Start Organization.

An "after" photo of a space that Mackenzie Payne recently organized. The Napan recently started a business called Fresh Start Organization.