Virus update: Survivors' blood might save others' lives. If only we could prove it

A head for the details: Details with Dixie comes to Napa
Share this
Return to homepage × 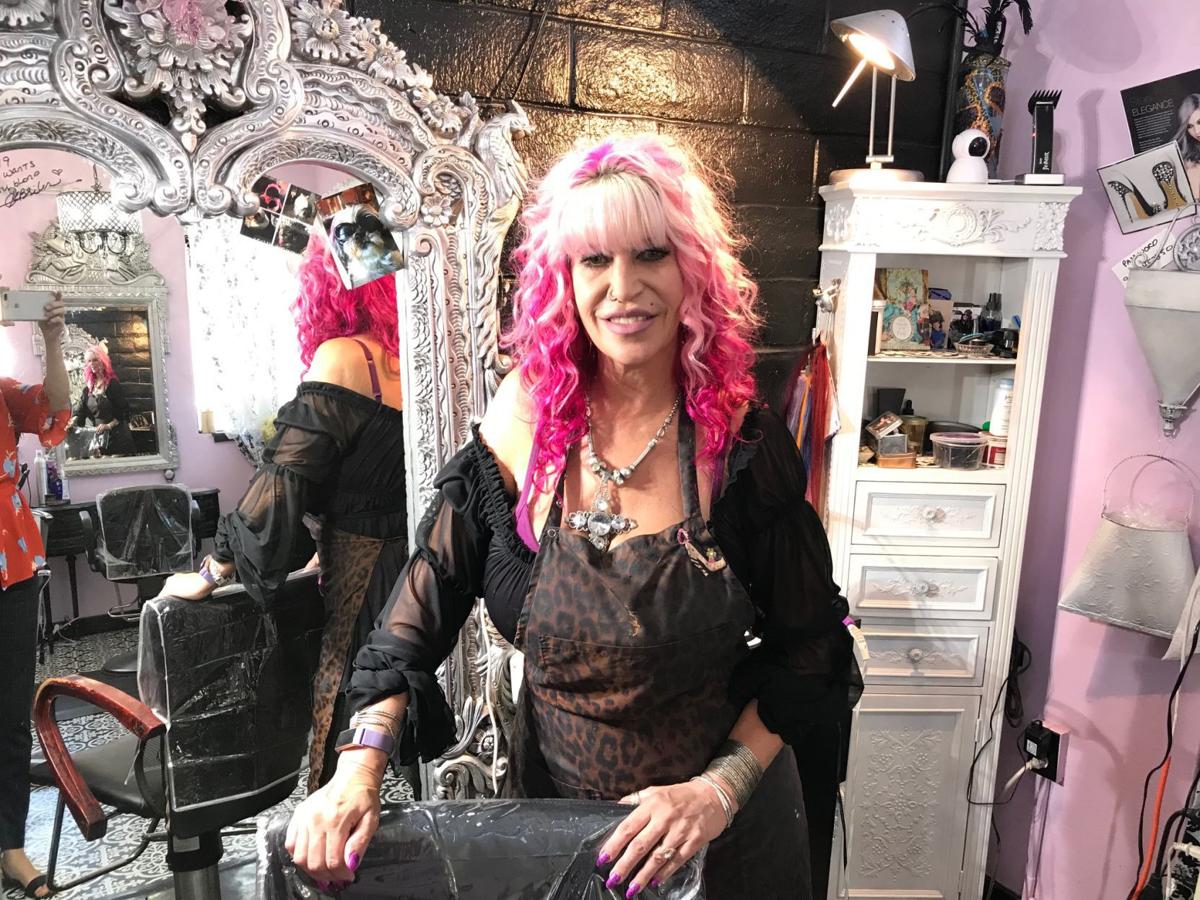 Stylist and owner Dixie Brink has opened Details with Dixie at 1624 Main St. in Napa. 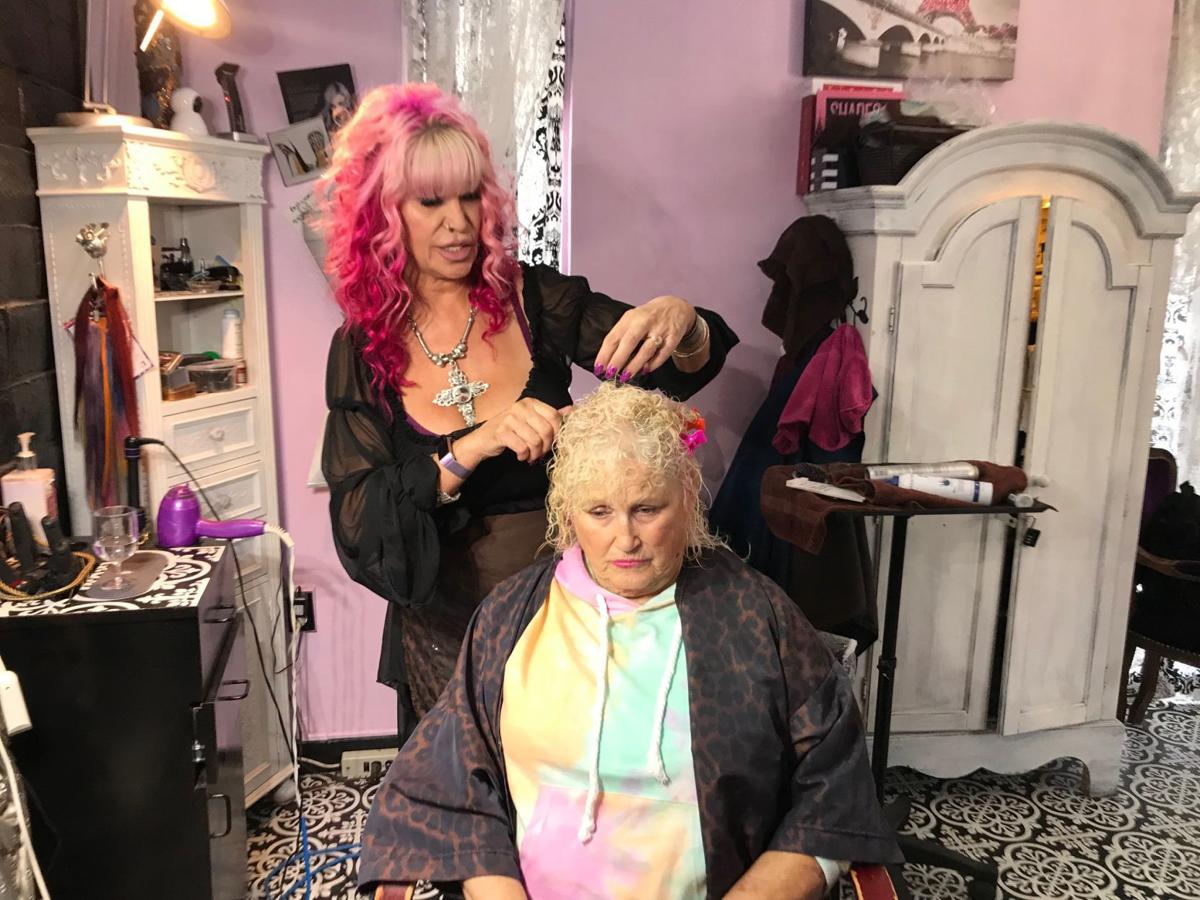 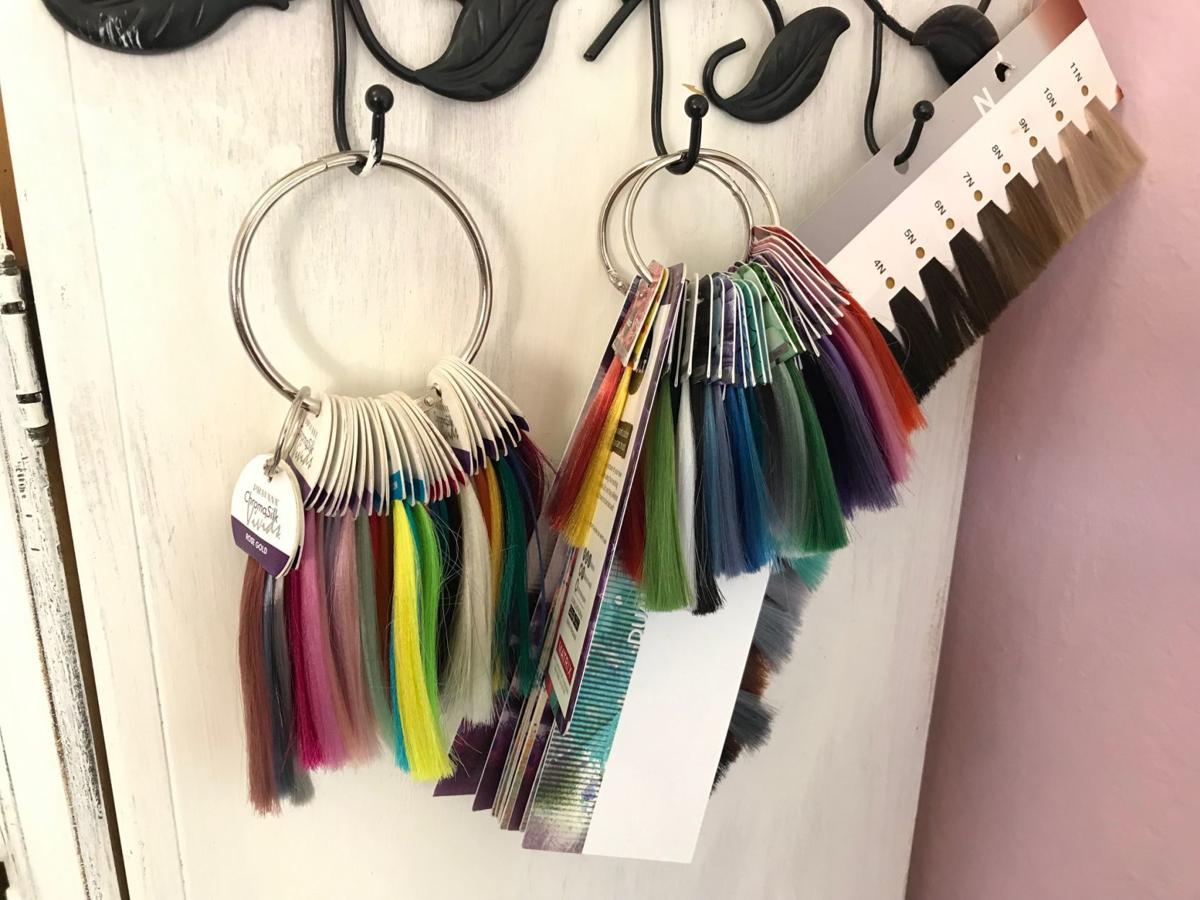 A selection of hair color samples at Details with Dixie, 1624 Main St. in Napa.

Stylist and owner Dixie Brink said it’s been a happy 20-plus year journey to the south end of the county, beginning with her first Napa Valley salon in Yountville.

“This salon has extremely experienced staff, with stylists who can do anything with coloring, cutting, and barbering,” said Brink.

“I can do the most creative, amazing things with color, such as rainbows and mermaids, where you dye the hair purple, violet, and blue. We have a very fun and playful culture in our salon. There is so much love between us and for our clients,” she said.

Brink, who grew up in San Jose, admires that Napa is hip and progressive enough to do this creative work.

Brink said some her of 80 year-old clients want “very fun, very vivid” hair such as turquoise, purple, and pink. Brink herself has a cascade of bright hot pink and purple curls.

“Napa is a beautiful place to live, and the wine business has been great for my business. I like that the county is small and that many people know each other,” said Brink.

Brink said being a stylist is all about making your customers look and feel beautiful.

“When I have a new client in my salon, after the first three or four visits, they come to trust me. They know I’ll give them what they like,” said Brink.

Details with Dixie’s new home is in the old 1970s-era Greyhound bus station, which “I never used to notice” because it was so unattractive, said Brink.

The station was bare bones, with green floors, yellow walls, and a ticket booth inside.

“In 14 days last December, we transformed this space, using chandeliers, violet and grey chaise lounges, flower boxes, and a black and white awning outside,” said Brink.

Brink also painted and retiled the 850-square foot space, adding antique furniture and pink and purple accents. She even redid the bathrooms.

“I enjoy being on Main Street. People honk and wave to say hello. People will sometimes poke their head in just to see it. I love that I’m three minutes from home,” said Brink.

“The staff I have now are very talented and educated, and a kind group. I have run training programs in my salon before. At this location, all the stylists have years of experience,” said Brink.

From Yreka to Yountville

Brink decided to be a hairdresser at age10.

“I asked my grandfather’s advice about a career choice. I was thinking of being either a lawyer or a hairdresser. My grandfather told me that even during the Depression, women would save their money to get their hair done once a month. So I decided to be a hairdresser,” said Brink.

While she was in high school, Brink attended Ponc’e, a private beauty college.

“When I graduated, I also got my cosmetology license. Around that time, my mom and dad, who had worked for IBM, retired and bought the Shasta Valley Inn in Yreka. It had a hotel, a restaurant, and a gas station on five acres. All four of us (kids) went up with them. Everyone but me left within six months,” said Brink.

Brink said she began cutting hair at a “big, family-style salon” where she worked for four years. Even as a beginner, Brink was an independent contractor. She rented her own “chair,” or space to style and earn a per-job commission. Brink started at the rate of $12 a haircut.

Brink got married and moved to Napa in 1996.

“I closed the first Yreka salon, and kept the second one going for a year and a half. I went back and forth every four weeks,” said Brink.

During this time, Brink also saved money. When she first came to the city of Napa, she built her clientele by working at a restaurant and two salons. As Brink progressed in her career, she attended stylist trainings all over the world, from Los Angeles to Milan. The experiences gave her depth and taught her how to train others.

“In 1999, I opened my first salon in Yountville. It was also called Details with Dixie,” said Brink.

Brink said she always includes her name in the name of her businesses.

“My work is in my name. Everyone knows that,” said Brink.

The first Yountville location was in an 1850s cheese cellar, where Brink used to do hair in the garden.

“There were chandeliers, curved ceilings, and Dutch doors that opened out. I loved that spot,” said Brink.

In 2004, she opened a second location, on the spot where R+D Kitchen is now.

“In 2009 we moved to a spot behind the Wells Fargo Bank in Yountville. I was there for 10 years until the rents rose and I came to Napa,” said Brink.

Brink said she loves Yountville, “which has poodles, bicycles, and no graffiti.” She is still getting to know Napa.

“When I first moved here, in the late 1990s, it was car dealerships and more run down. Now it’s much prettier, a great place to have a salon,” said Brink.

Brink said her tips for beginning stylists and entrepreneurs are to be honest, listen, and work hard.

“Over the years, I’ve learned to be myself and trust my instincts. Before, I was so nervous,” said Brink.

“Look for someone who has great clientele and is a good person. Then just show up. Ask to help, see what you can do for them. That person will save you 20 years in life lessons,” said Brink.

Brink said for the past 15 years, she gave inspirational speeches at Le Melange Academy of Hair and Esthetics, incorporating these ideas.

Shantel Downing, a master stylist at Details with Dixie, said she has followed both pieces of advice.

“I actually met Dixie over 20 years ago when we both worked at Caché Salon. I found her again in 2009 in Yountville. One of the things I like best about working with her is she will always give me her genuine opinion,” said Downing.

Downing said Brink knows how to turn a negative into a positive.

“She’s so easygoing. There’s a really nice flow between her and I. We share ideas and tips about products, color techniques, cuts, and styles a lot with each other,” said Downing.

Christina DiMaggio, a stylist at Details with Dixie, joined the salon this past May. She said she also enjoys the “fun, unique” atmosphere.

“I like how supportive everyone is. The energy is great,” said DiMaggio.

DiMaggio said working at Details with Dixie also gives her a chance to further her education and grow as an independent stylist. In some respects, she is following in Brink’s footsteps.

“I’m becoming familiar with different techniques and the business aspect of being a stylist. I like that I’m part of a salon. Yet I also get the chance to understand what it means to be an independent contractor,” said DiMaggio.

What’s more fun than owning your own hot dog shop? Pretty much nothing, according to Martin Olsen, owner of MO’s Hot Dogs. Olsen purchased Sac…

Kerry Ahearn was always taught to help the less fortunate. In fact, she said, she comes from a family of public service.

Gondola business is a 'natural' for Napa

On nice days in the Napa Valley, there’s a man on the Napa River wearing a striped polo shirt, singing songs in Italian and rowing a gondolier…

As a mom, Caroline Tikhonoff of Napa spends time playing with her young son, but she also still likes to get “dolled up” with clothing and acc…

Napa Valley Senior Living, a residential care home for the elderly, with two locations in Napa, has gained a reputation as a caring, comfortab…

The general consensus of the steady stream of customers at the new Moschetti Café at 925 Marin St. in Vallejo, may have been summed up best by…

Toasted bagels have been called "the BEST bagels you will be able to find in California, and hell, maybe the West Coast entirely.”

Stylist and owner Dixie Brink has opened Details with Dixie at 1624 Main St. in Napa.

A selection of hair color samples at Details with Dixie, 1624 Main St. in Napa.