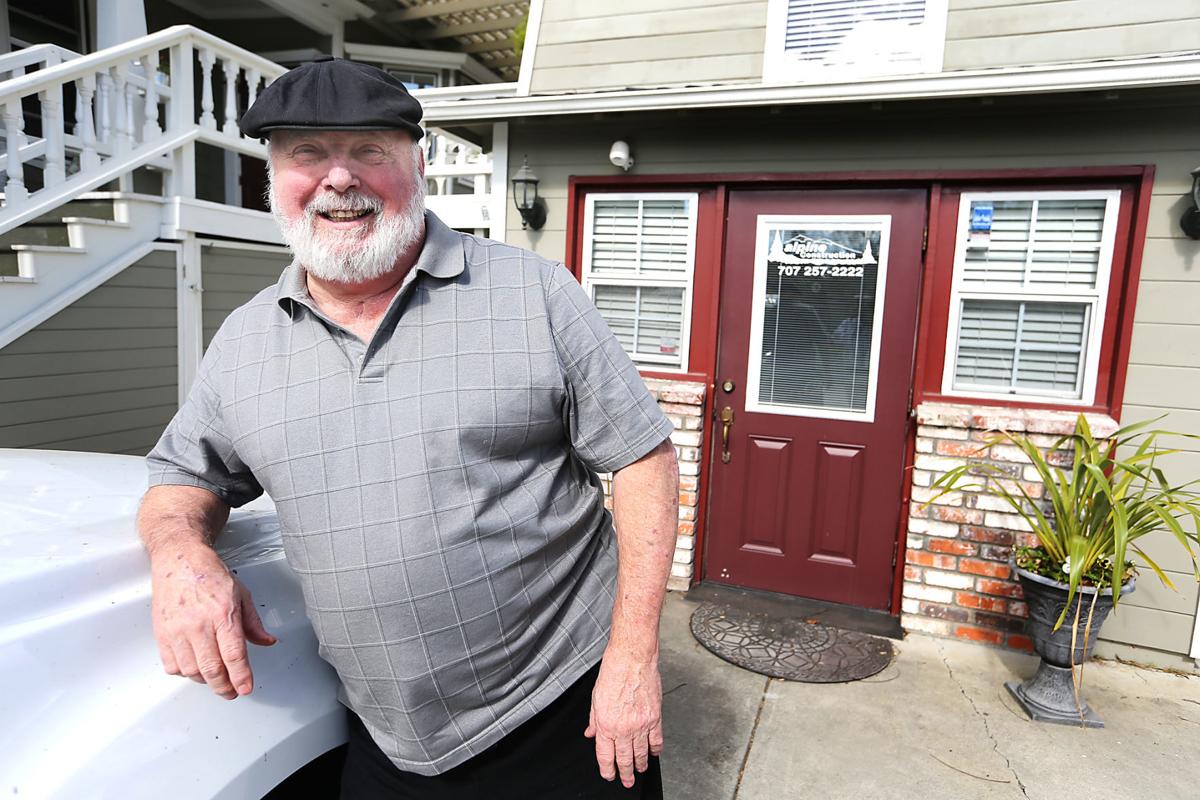 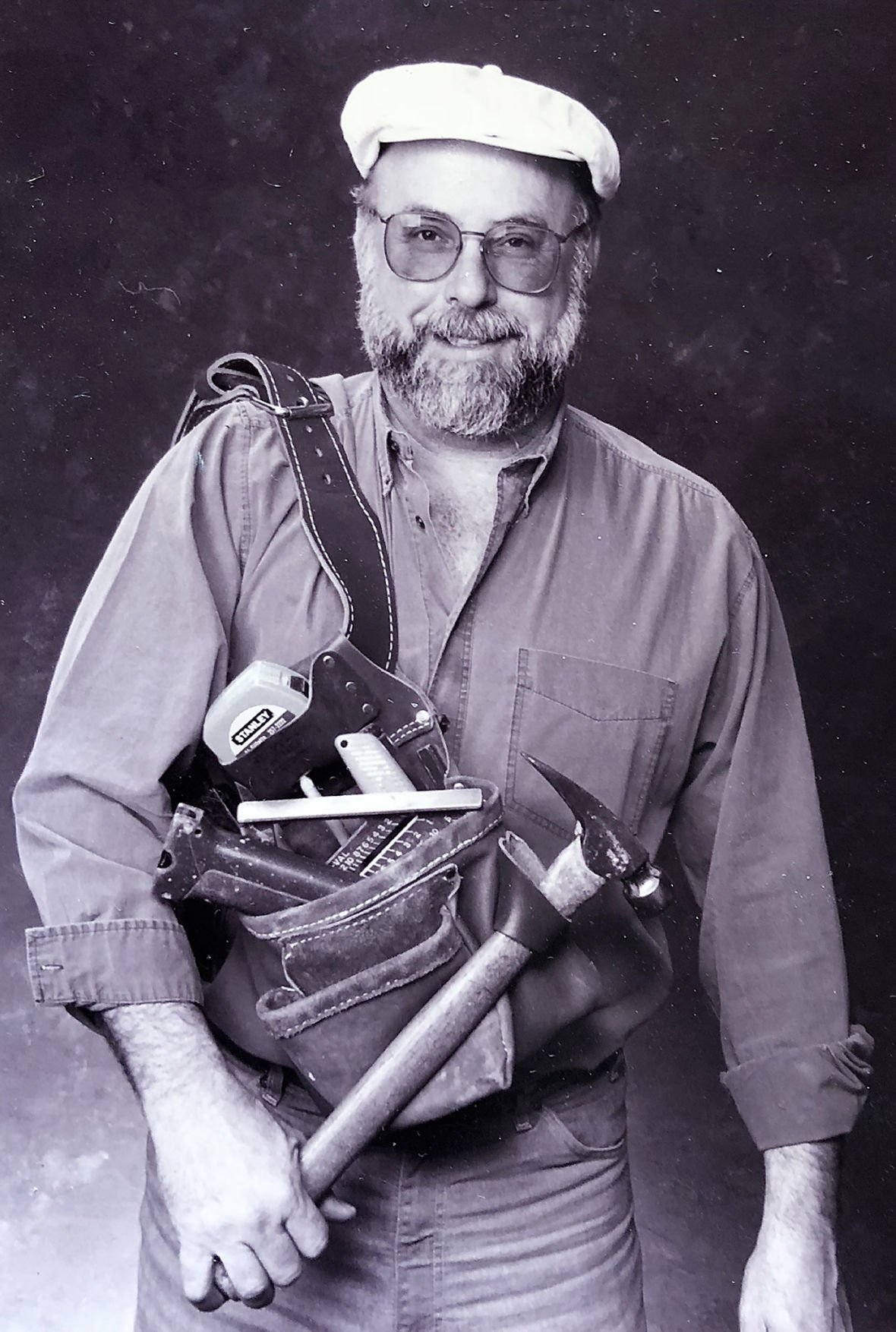 Al Gillette didn’t start out to be in construction, let alone have his own business — Alpine Construction — for 40 years and counting.

Back in the early 1960s, he was living in the San Jose area, and working as a district supervisor for a big retail chain, Gemco (now Target).

“I made a lot of money, had a lot of cars, a lot of people working for me and about zero satisfaction in doing my job,” said Gillette.

“So I thought I would try some construction,” he said.

Even though his first name is Al, that has nothing to do with how Alpine Construction got its name, said Gillette.

It was actually his father-in-law, who lived in Sacramento, who started the original Alpine Construction, he said.

“My father-in-law had to get a business license,” said Gillette. “He didn’t want to use his first or last name, so he just happened to have a pack of Alpine Cigarettes in his shirt pocket,” and Alpine Construction it was.

In the 1970s, Gillette’s father-in-law wanted him to move to Sacramento to take over his construction business, he recalled.

But Gillette, who was living in Napa by then, didn’t want to leave. So he started his own Alpine Construction.

As most people in construction do, Gillette started small.

“I was doing pretty much anything, including rototilling a guy’s backyard once,” he said. “I can’t believe I did that.”

Gillette then got his real estate license, “and one day one of my brokers asked me to help remodel his house. So, I did a bunch of work on the inside and then he wanted me to re-sheetrock the whole house. I ordered a big truckload of sheet rock, and after a few hours of unloading it, I thought, ‘this sucks,’ because sheetrock is heavy. About the same time, a friend of mine was running a drug rehab place and he says, ‘Well, just take some of my guys, feed them and don’t let them drink, and put them to work.’ I would pick them up in the morning and bring them back at night and they worked their butts off. I did that for the longest time. I got cheap labor and they got experience in the construction business.”

Gillette said that after a while, he had second thoughts about this arrangement.

“I felt like the Southern sheriff who uses his convicts to pick his crops,” he chuckled. “About that time, they started this program in California called CETA, to rehabilitate alcoholics and drug addicts. Those programs let me use the same people for labor, but now I was getting paid for it by the state and I was getting the labor free.”

Eventually, Gillette’s business was doing various kinds of remodels, mostly for the real estate industry, where there was plenty of work.

“I struggled along for several years, and believe me, construction is a struggle,” said Gillette.

But as Alpine grew to be a big company, Gillette soon found out that that brought a whole new set of challenges, mostly financial.

“We grew to have a cast of thousands, it seemed, and I quickly realized it was a good way to go broke. So, I downsized and restructured, with just about a dozen or so guys this time. I started doing better with smaller jobs, and everything went along fine for several years.”

His plan was to keep it small and try to retire, said Gillette.

“I hired Donnie Taylor as my general manager, and he ran the show for five years until he unfortunately passed away. So, all of a sudden, I was back to running my company but I was still looking to get out. So I just kept a half a dozen people and we would do a kitchen or a bathroom now and then, the fun stuff that I enjoy because I can be creative.”

But the Napa earthquake in 2014 would send Alpine back on the road to growth.

The phone was ringing and ringing, Gillette recalled, “and I did some big projects bolting large downtown buildings to their foundations. Before you know it, I’m back up to a crew of 16-18 guys with just me running it.”

It was a lot of work, “and I remembered this is why I wanted out of the business,” Gillette said. “So, I started whittling the company back down to where we are now,” with Ian Boss as estimator, Michele Madsen, office manager, and Mark Kear “running the show.”

As he celebrates his 40th business anniversary, Gillette seems torn about how and when to retire.

“I told my staff, I just wanted to get out of the business, because they were doing fine without me. But that is easier said than done.”

“I don’t mind what I’m doing as long as I have a great crew like I do. My job now is just mentoring these three.”

At some point, “I wouldn’t be disappointed to sell it the employees,” he said.

Whether Gillette stays or rides into the sunset, Alpine continues to make a contribution to the Napa construction market.

“Our niche is remodeling houses here in old town Napa, where a lot of people want to live now.” That includes the water tower next to his home in old Napa that now serves as his office. “I walk 13 steps from my house and I’m at work.”

“Napa is the place for me,” Gillette said. “All around it, you have this greenbelt. I can go three miles in any direction from my house and I am out of town.”