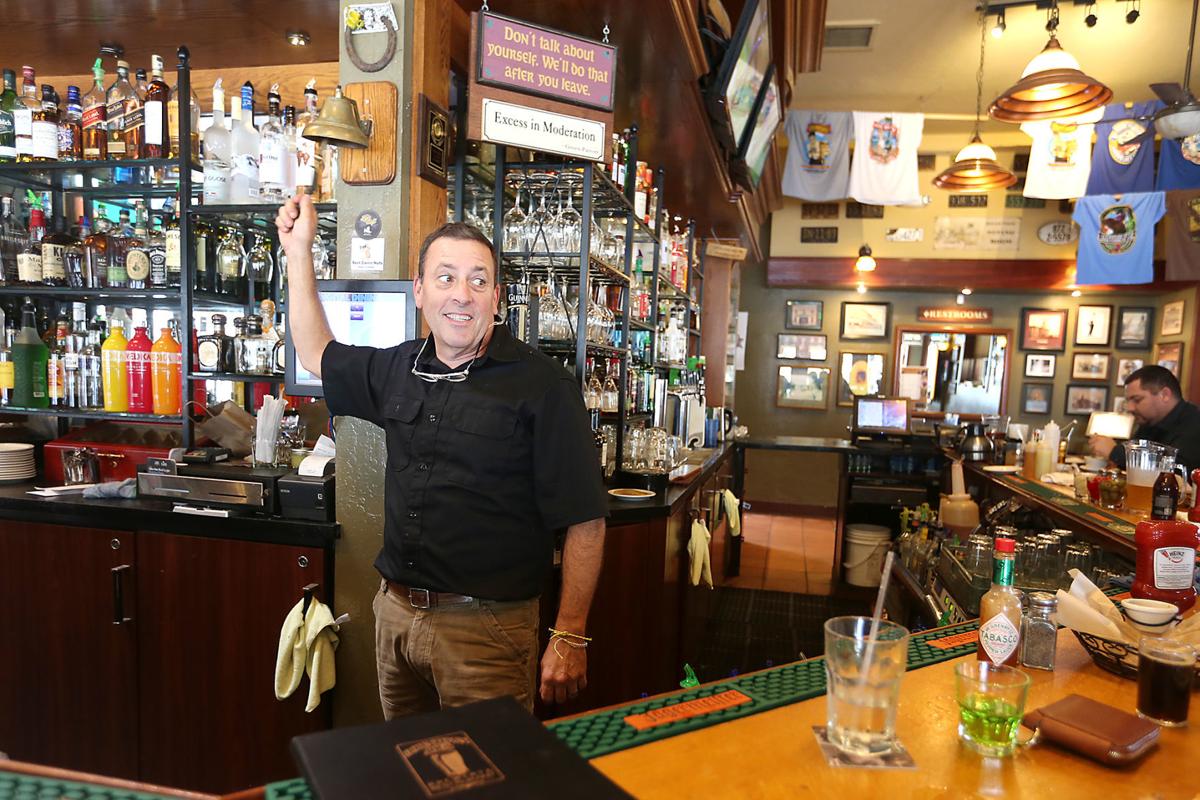 Downtown Joes founder and owner Joe Peatman interacts with customers while working behind the bar recently. The downtown brewery is celebrating its 25th anniversary. 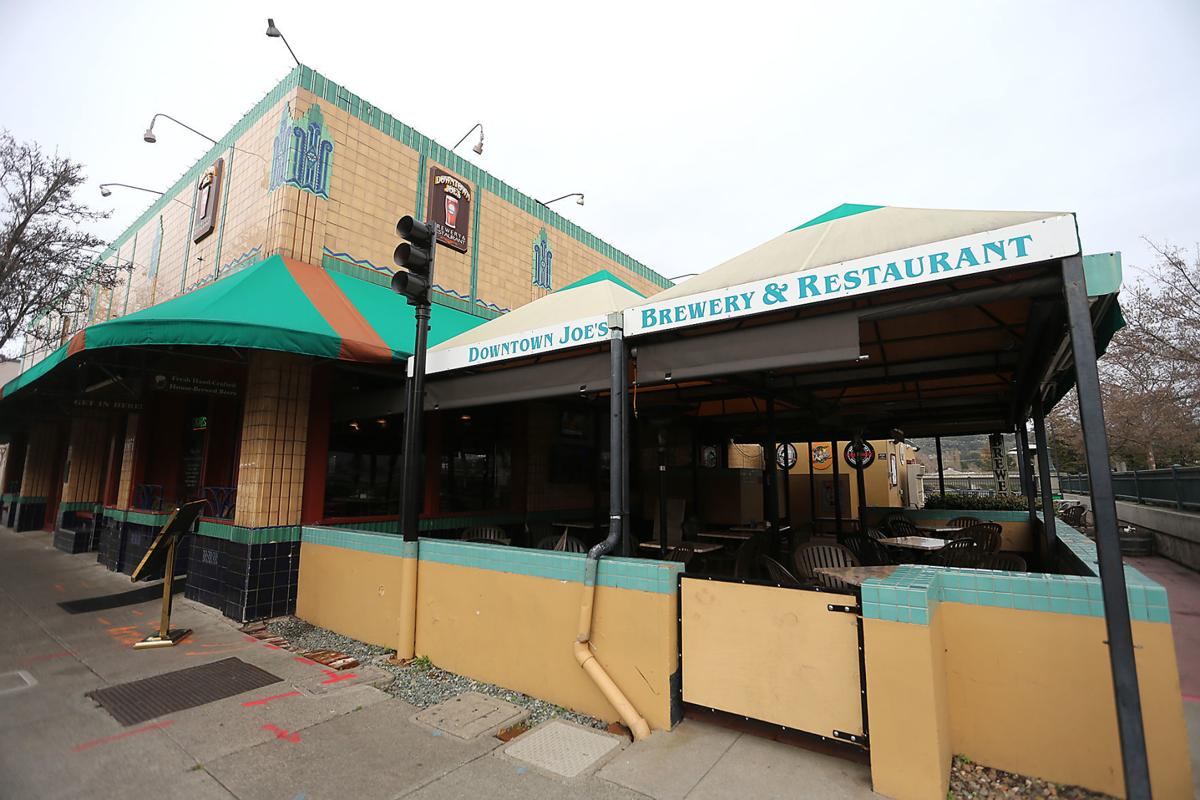 Downtown Joes in Napa is celebrating its 25th anniversary. 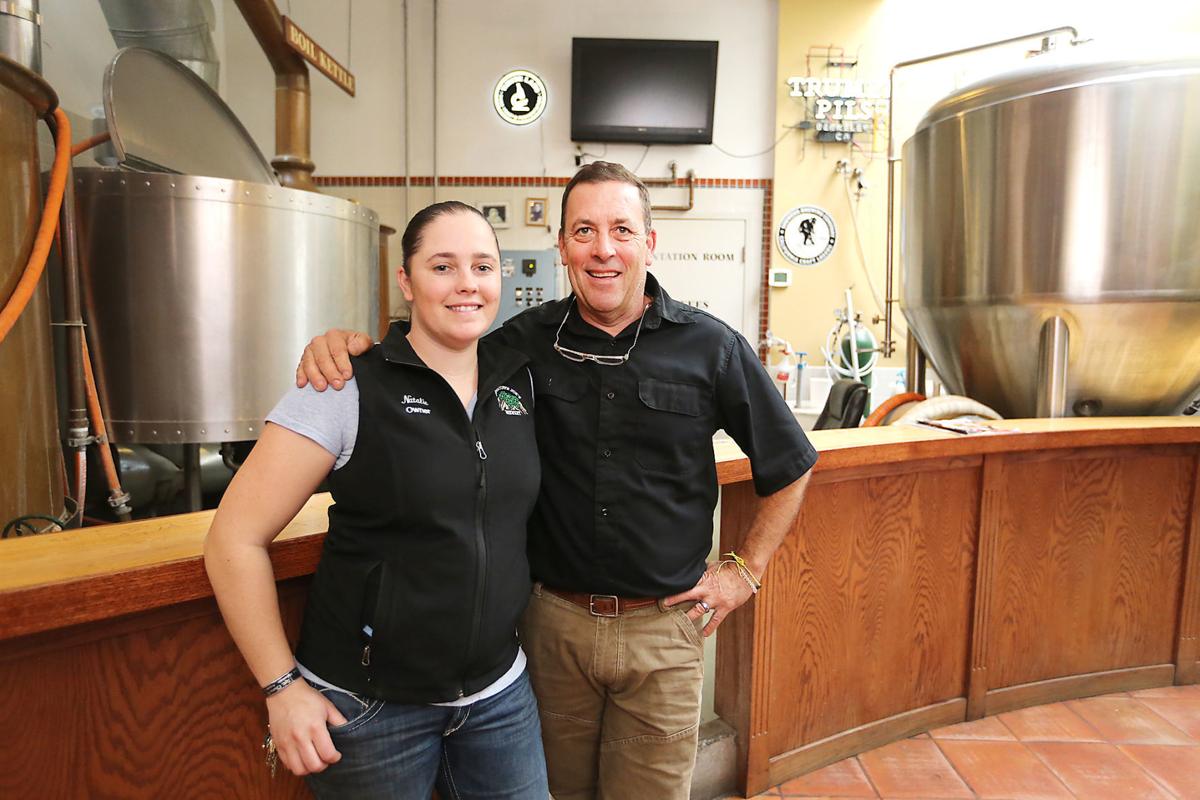 Joe Peatman, right, is the founder and owner of Downtown Joes in Napa, which is celebrating its 25th anniversary. His daughter Natalie Tobler, left, has joined him as a partner in the business. 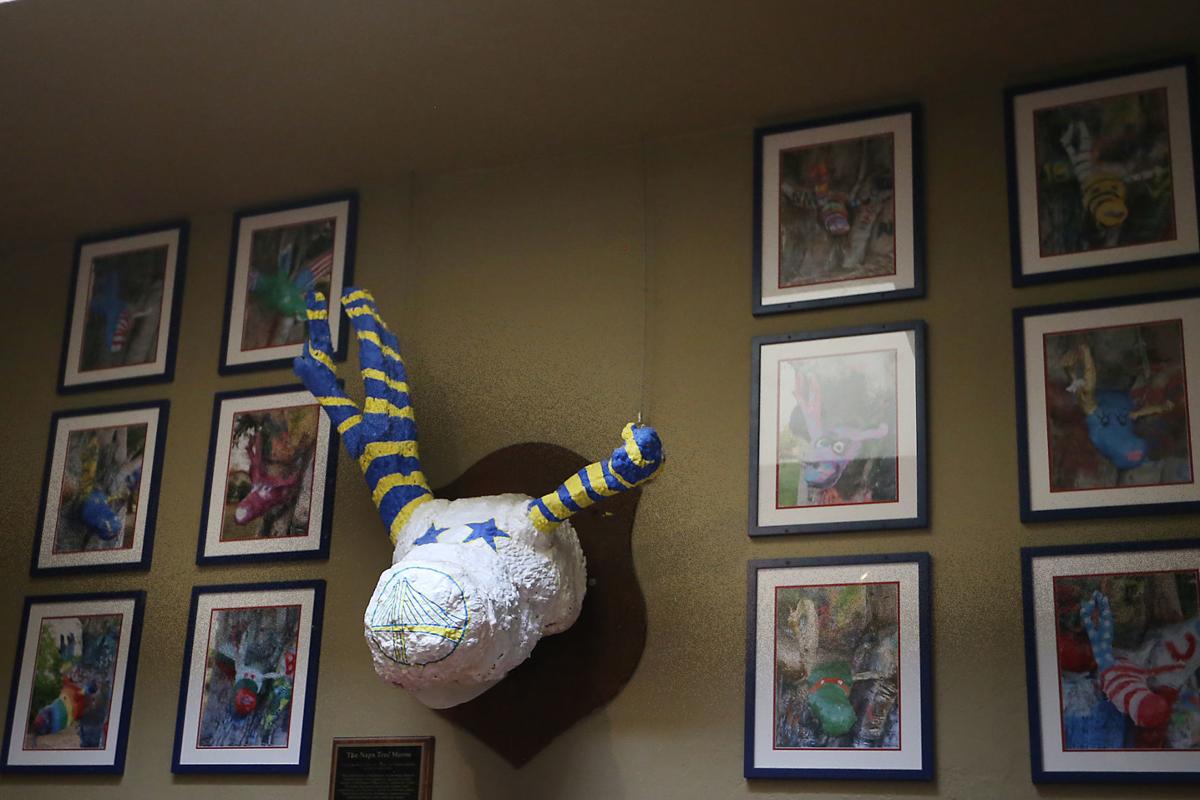 The Napa Tree Moose has found a home at Downtown Joes, which is celebrating its 25th anniversary. 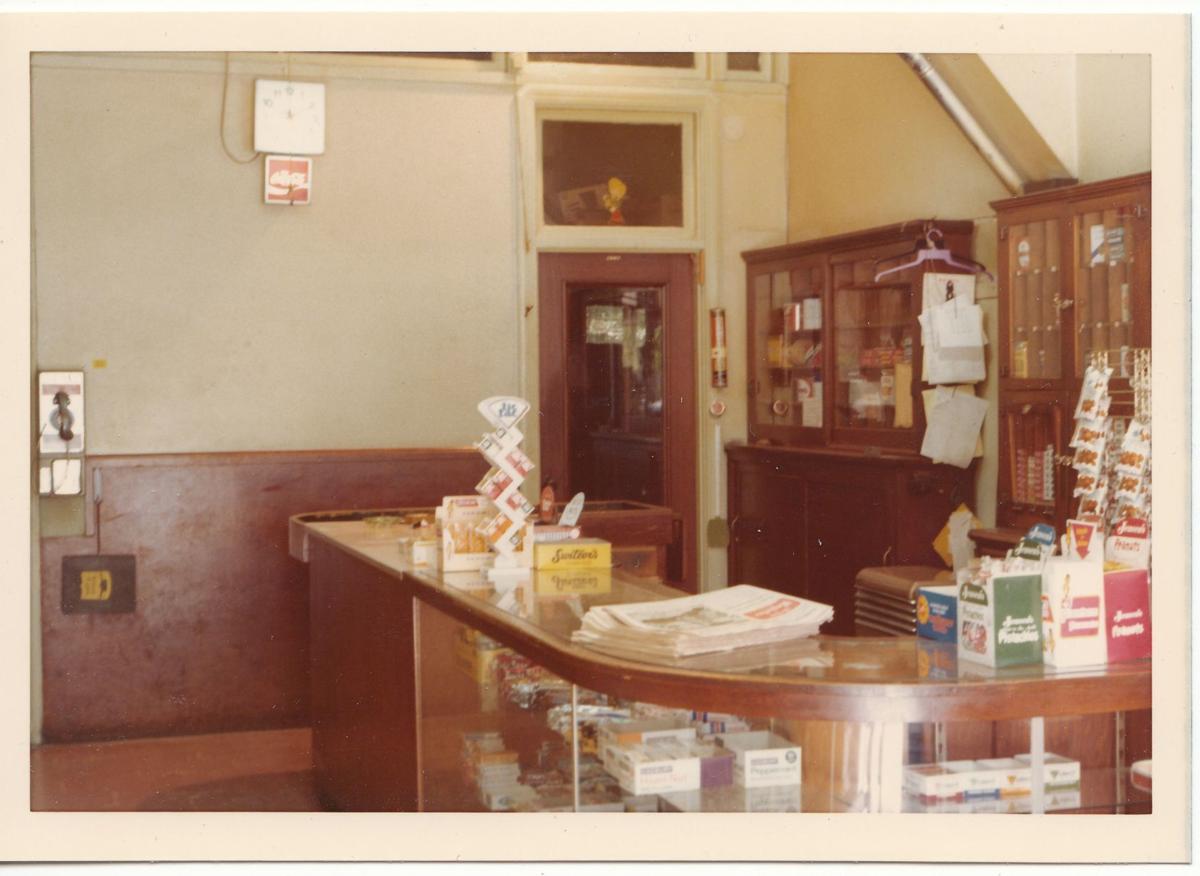 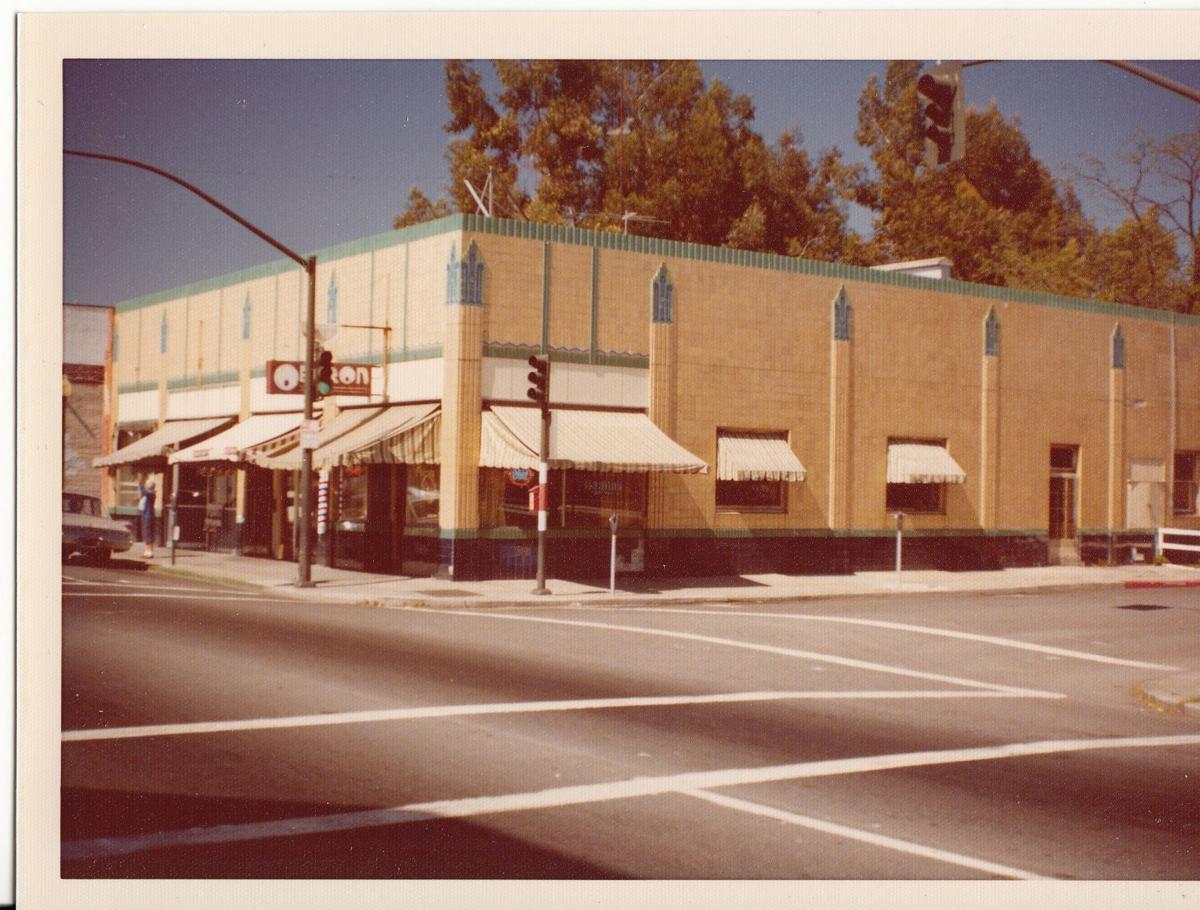 Downtown Joes founder and owner Joe Peatman interacts with customers while working behind the bar recently. The downtown brewery is celebrating its 25th anniversary.

Downtown Joes in Napa is celebrating its 25th anniversary.

Joe Peatman, right, is the founder and owner of Downtown Joes in Napa, which is celebrating its 25th anniversary. His daughter Natalie Tobler, left, has joined him as a partner in the business.

The Napa Tree Moose has found a home at Downtown Joes, which is celebrating its 25th anniversary.

For 9,125 days — and counting — Downtown Joes has been feeding and entertaining countless numbers of locals and visitors.

That’s 25 years if you do the math, which owner Joe Peatman has.

This month, the popular pub and grill is celebrating the milestone, one that’s quite remarkable, especially when it comes to the restaurant industry.

During that decade and a half, Downtown Joes has survived recessions, redevelopment, flood control, earthquake retrofitting, floodwaters and two major earthquakes; yet it has remained open to the public “each and every day.”

“The world has been to Napa in the past 20 years, and almost everybody who visits Napa visits Downtown Joes for some reason or another.”

“That’s a great feeling,” he said.

“And the love of the community,” he added.

“It didn’t have a history of being a great location,” for a restaurant, “but we had a vision for Napa that came to fruition,” said Peatman.

“It’s what the customers were asking for,” he said. Downtown Joes (also spelled as Downtown Joe’s) also came to be known for live music, sports on TV and entertainment.

In the early days, “We had a nice business lunch trade with the courthouse,” but “There wasn’t nighttime business in downtown Napa,” he said. “There weren’t 25 restaurants in downtown at that time.”

After 5 p.m., “We had to jump up and down to get attention. We started some live entertainment to keep them here. And it started to grow. Then the next thing you know there’s more and more people coming in and then downtown turned itself around.”

Peatman said one key to his success is that the restaurant is open 365 days a year.

“No matter what, there’s going to be lights on, the heat’s on and someone with a smile on to greet you and take care of you.”

Between Downtown Joes’ 10- to 15-year anniversaries, “We had all sort of new challenges,” such as flood control construction and a requirement to retrofit the building for earthquakes.

“We were under construction for a year and half trying to maintain a restaurant business,” he said.

Those days were difficult, he admitted. “Every day, you didn’t know what to expect. You don’t know if you are going to have 10 customers or 100 customers and you have to be prepared to have both. It was challenging.”

All the while, Napa keeps changing and evolving, he said.

“Every year, there is something new. You just have to be on your toes. You gotta be here and make the right decisions.”

Having a strong and supportive family is “absolutely imperative,” said Peatman. That includes his parents Joe and Angela Peatman, brother Bill and wife Nancye.

Notably, his daughter Natalie Tobler is now a partner in the restaurant.

“It’s great,” he said. “It’s fun seeing her grow. It’s a lot of responsibility. She takes it very, very seriously. She makes sure we have a safe fun place for everybody to be.”

Peatman said he has no regrets.

“My mom and dad are still here. My kids are growing up here. I have grandkids in Napa,” he said.

The city’s Main Street block between Second and Third streets is about to get a whole new look –- one that adds more room for sidewalk dining,…