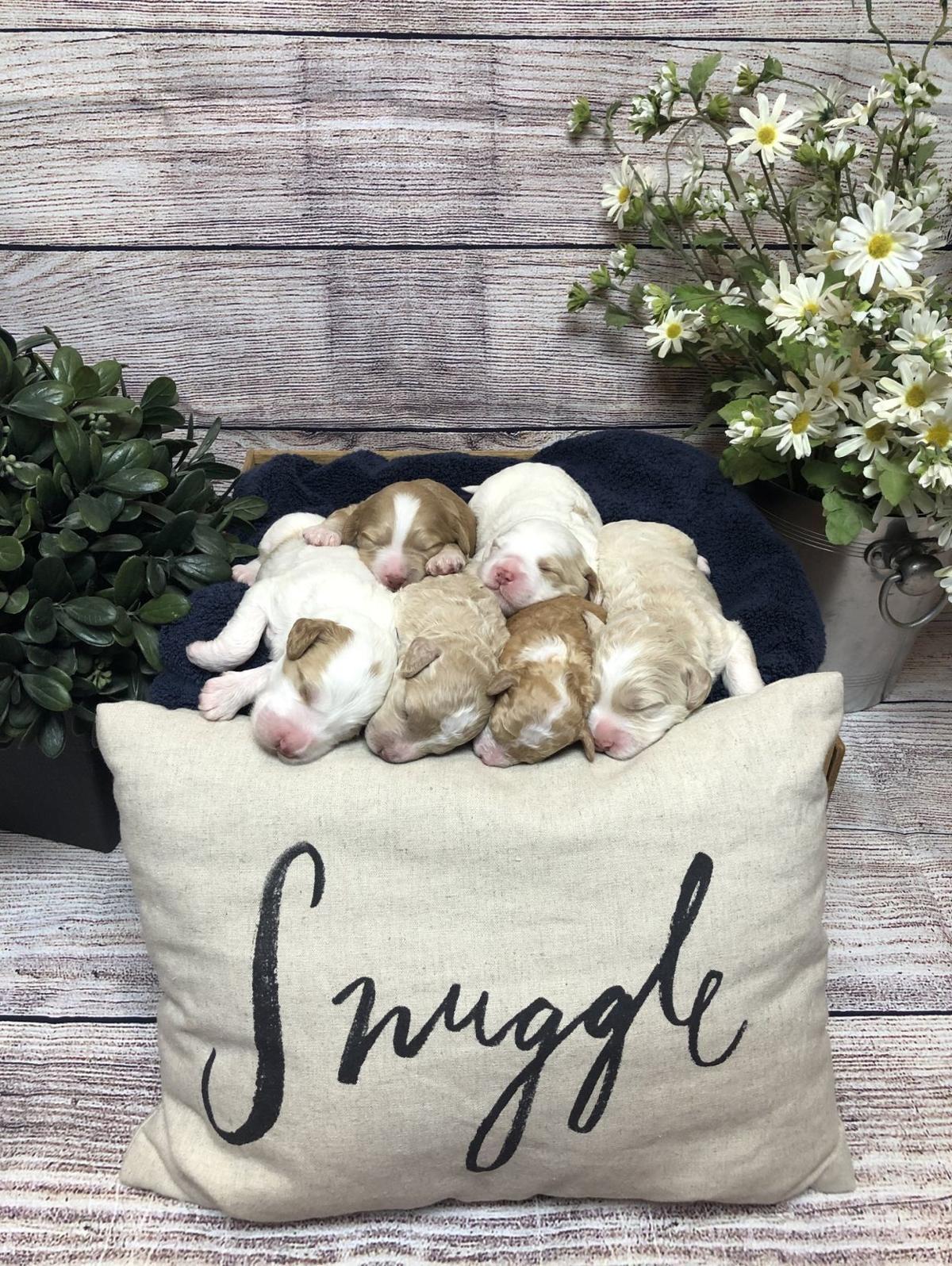 The most recent litter of puppies from Napa Valley Australian Labradoodles. They've all been adopted. 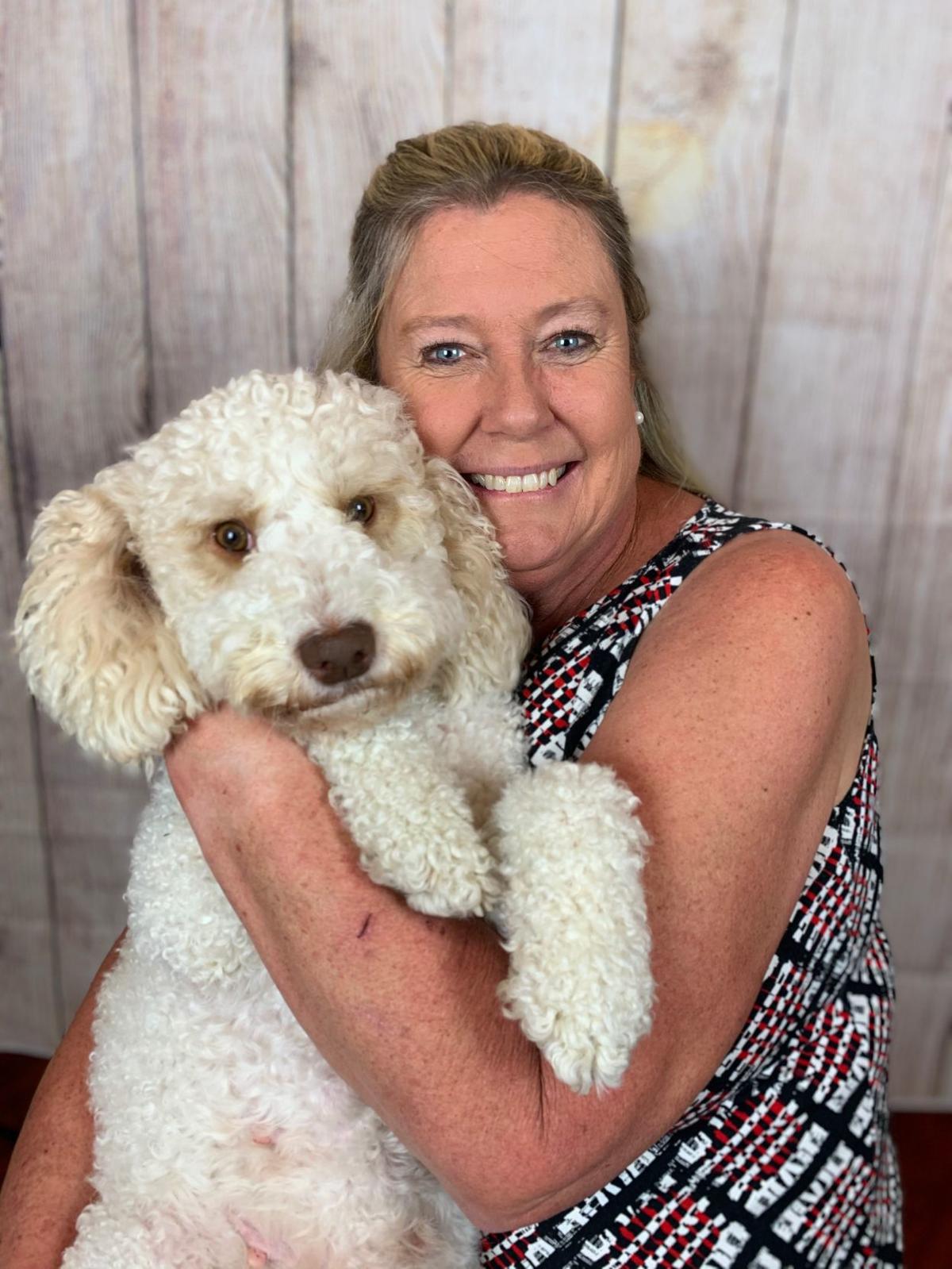 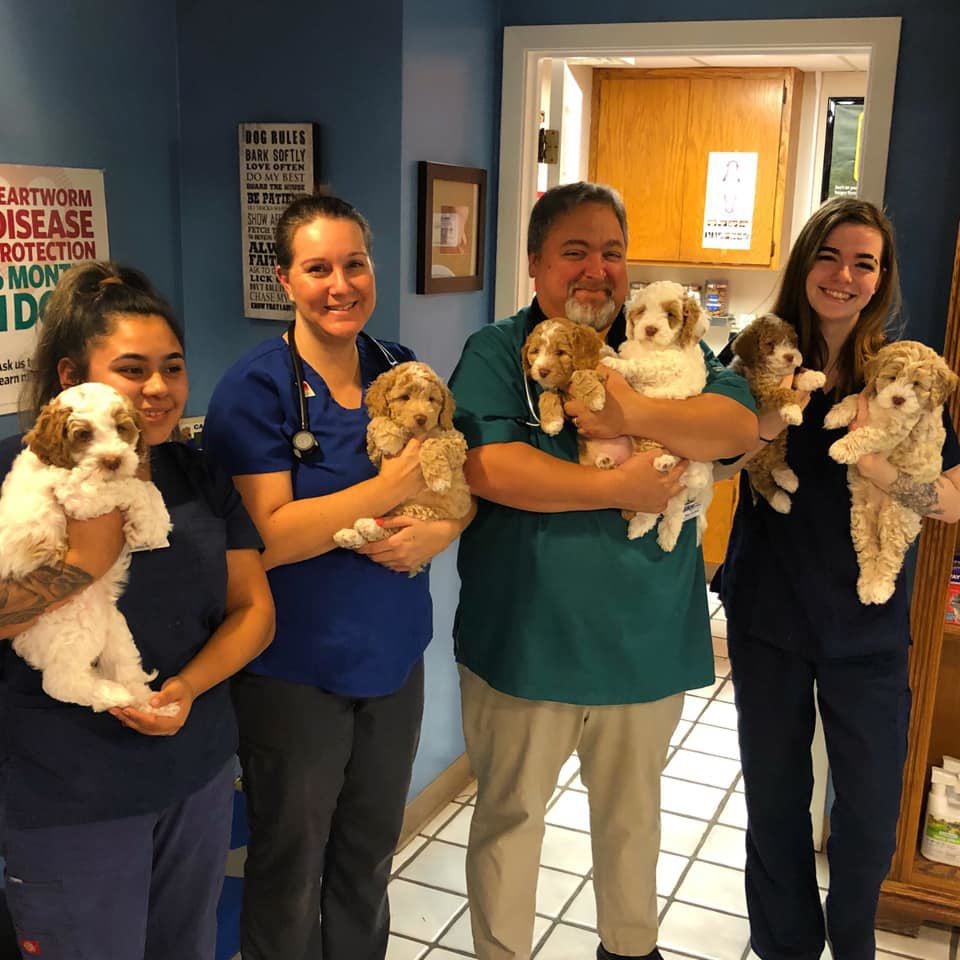 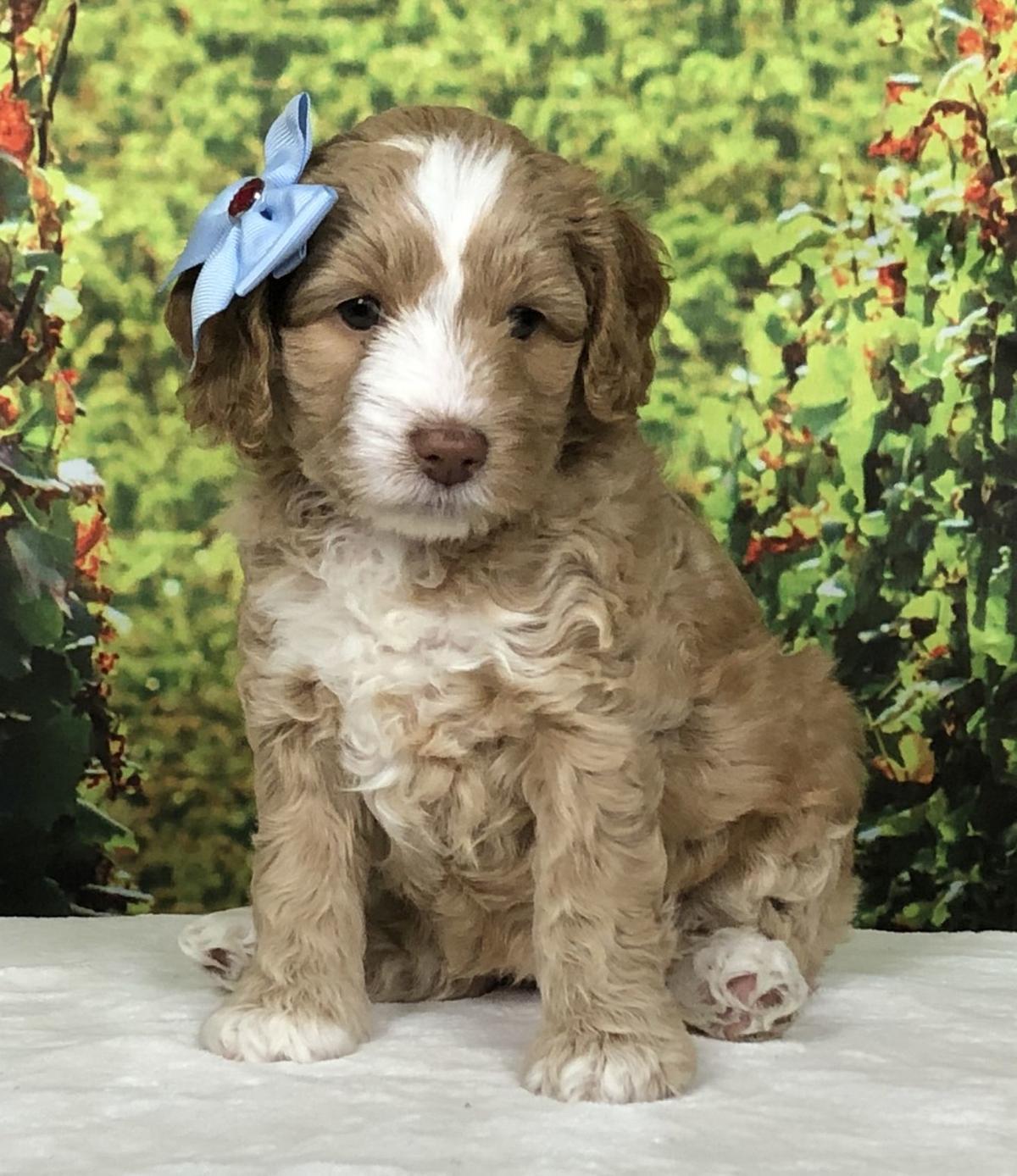 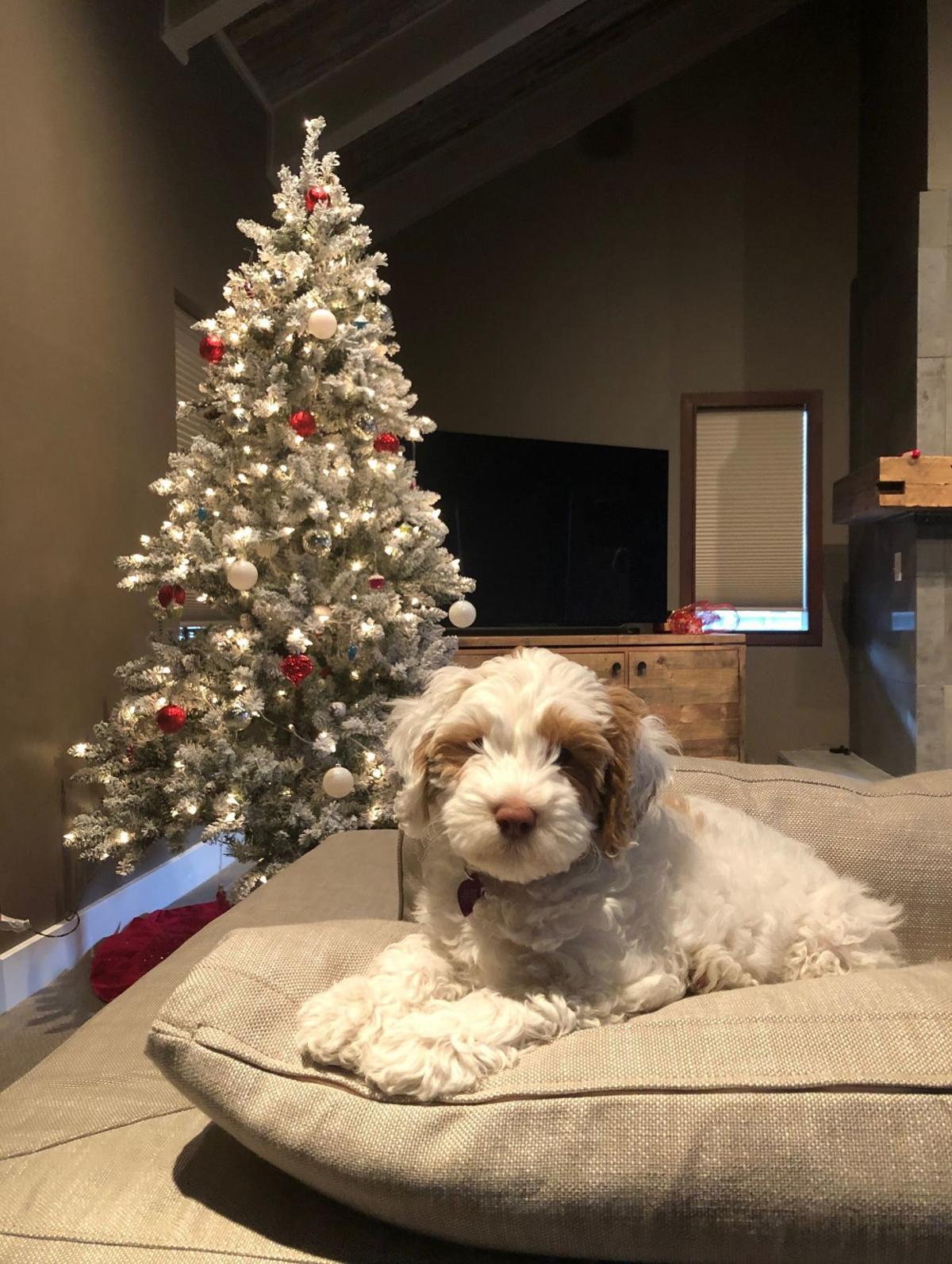 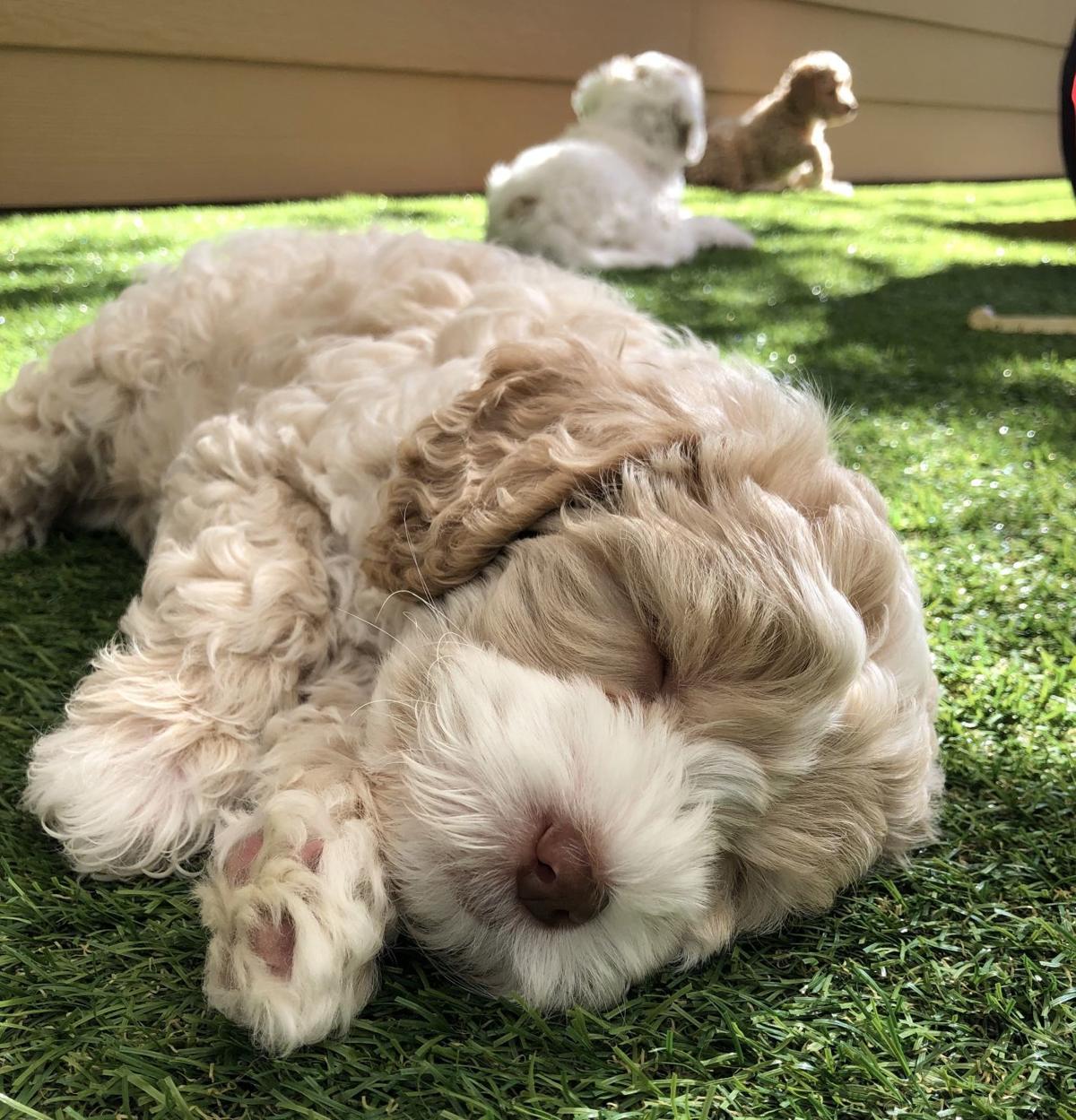 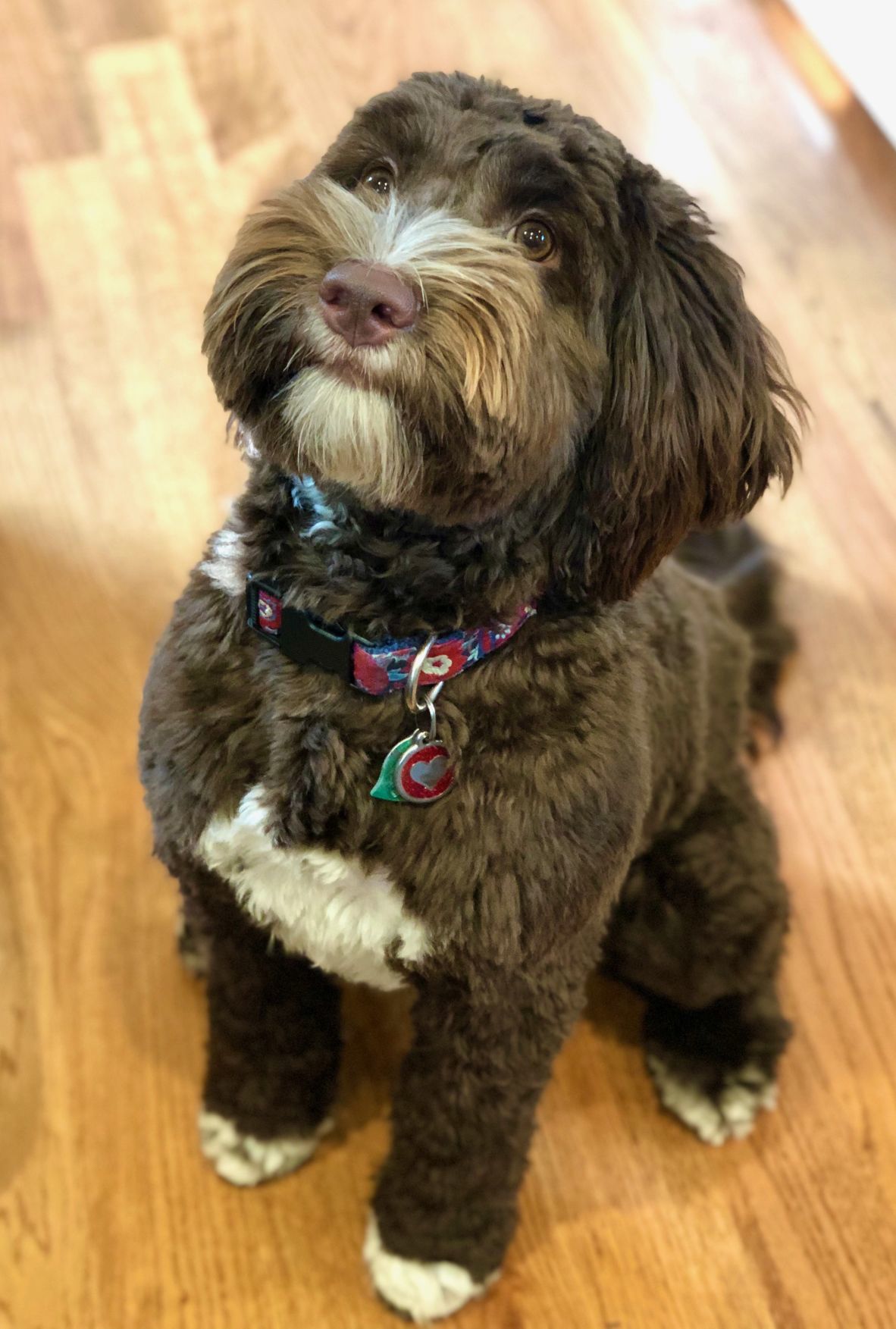 Michele Channels has built a business out of doodling around—with her Labradoodle dogs.

Channels, who lives in Napa, said the dogs are beautiful, social, and do well in all kinds of homes. She is expecting two litters in the spring of 2020.

“These friendly dogs are a good pick for older people, children, and families with cats or other dogs. Before placing a dog, we do a lot of calling and emailing with potential owners. We want a good fit on both sides,” said Channels.

“Today I also have two Chihuahua mixes, which were rescues, and a senior citizen Havanese. I love Australian Labradoodles because they’re patient and smart. Many owners use them as service dogs or comfort dogs,” said Channels.

Channels raises the puppies in a dedicated room, as well as in play areas on the patio and part of the backyard. Providing round-the-clock care is the most challenging part of the job, she said. Michele relies on the aid of her husband, Darrin Channels, and her daughter, Allison Channels.

“Everybody pitches in to potty-train, feed and play with them. We’re up at dawn and there all day long,” said Channels.

How family got the ball rolling

Channels decided to get an Australian Labradoodle when she found out her twin sons were “extra allergic to dogs.”

“We’d always had two or three dogs in the house, which were inside-outside dogs. When my twins were little, about three years old, I wanted dogs and they did too. I started researching to learn how we could do this,” said Channels.

Channels discovered Australian Labradoodles, first bred in Australia in 1989. The dogs do not cause problems for people allergic to dog fur.

She learned more about the breed from her sister, Tracy.

“Tracy got her dog, Sydney, from Sydney, Australia in the early 2000s. I visited her in Hawaii and found the breed to be smart and sweet,” said Channels.

“As the boys grew older, they grew out of their allergies to dogs. By then I had fallen in love with the breed,” said Channels.

Australian Labradoodles are a crossbreed of the Poodle, the Cocker Spaniel, and the Labrador Retriever. Channels said the dogs have “soft, fleece-like hair” that an owner can “give a haircut.”

“Both (organizations) work to protect the integrity of the breed and require extensive health testing on members breeding dogs,” said Channels.

Channels trains the puppies to be social through the Puppy Culture method, which involves getting the puppies used to human contact and touch. The training promotes the development of a calm and friendly demeanor.

There from the beginning

Channels has been involved in every aspect of the dogs’ early days, even assisting Maggie to birth the first litter. Her daughter, Allison, and the girlfriend of one of her twin sons helped.

“The breeder who coached me through this process walked me through it, mentoring me on Facetime at 2 a.m. That was the start of being there for the puppies 24-hours-a-day,” said Channels.

Channels said over the course of the next several weeks, she learned that she could “still operate without sleep.”

“The first three days I was up all day and night. I’d change out with other people who helped. Even later on, some days I’d rest for only a few hours, then get up to feed them again,” said Channels.

Channels said the puppies’ early diet consists of goat milk. Later, she mixed the milk with with puppy food.

“As the dogs got older and their tooth stubs came in, we’d make the food thicker and crunchier,” said Channels.

“We had small stuffed elephants and stuffed bears. They like to hold these, carry them around and sleep with them. The main thing, however, is you need to constantly change the puppy pads. It takes a while to potty train the dogs,” said Channels.

Allison Channels said helping with the business has taught her about animal development.

“I’m studying child development in a Master’s of Education program at Mills College. It’s very similar to what I see happening with the puppies. Watching them grow up has taught me a lot about their personalities,” said Allison Channels.

Allison said she knew the business would be a success because Maggie, the mother of the first litter, is patient and kind.

“Maggie is a real ball of activity. She loves to swim in our backyard pool and go on hikes. She also has that calm, nurturing side. She gives her human owners a lot of companionship. I knew she’d be a good dog mom,” said Allison Channels.

Michele Channels works with a number of people outside her home to run the business.

She currently has two additional “dog moms” placed in guardian homes for future litters. This helps her increase the number of dogs available for adoption.

She also allows young children who live in her neighborhood to come over for “playtime with the puppies.” The activity socializes the puppies.

“The children have to do a lot to make sure the puppies stay clean. They use antibacterial hand soap and put socks over their feet. They wear clean shirts we provide and take off their shoes before going into the room. Everyone who visits the puppies does this. We make sure the dogs stay healthy,” said Channels.

Michele Channels also works closely with Allison Channels to take photos and videos of the puppies as they mature. The social media-ready content entrances new and prospective owners, who like to follow the dogs online.

Channels said the dark brown, caramel-colored, white and red puppies are named by the families.

“Our first group of families is so excited. Two of the puppies are going to Arizona. (The family) wanted to keep the brothers together. The others are all local. For the next two litters, we already have inquiries from all over,” said Channels.

Channels said she is happy the business has taken off. Although she needed time to recover from the first “puppy season,” she is happy to start the process all over again.

“I’m having a great time. I can’t think of anything else I’d rather be doing,” said Channels.

Napa Valley Senior Living, a residential care home for the elderly, with two locations in Napa, has gained a reputation as a caring, comfortab…

The most recent litter of puppies from Napa Valley Australian Labradoodles. They've all been adopted.