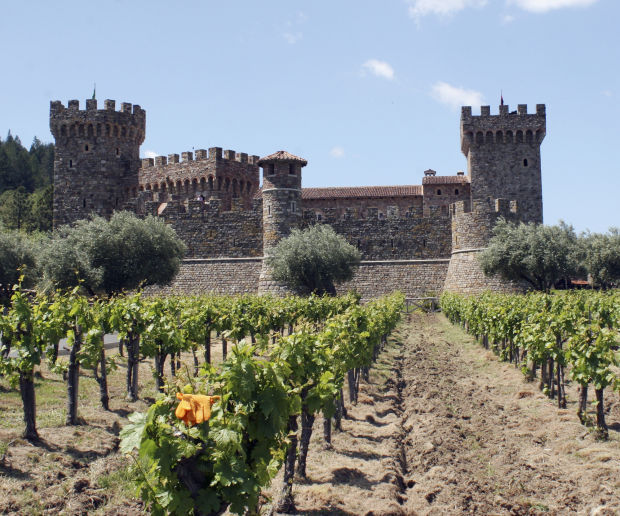 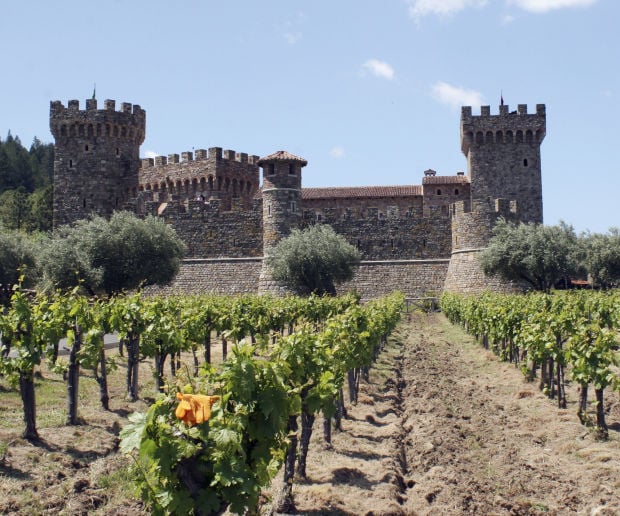 Some of the materials used in the construction of Castello di Amorosa that were brought over from Europe carried with them a personality all their own, and now the winery is offering a new seasonal “Ghost Tour” to introduce the spirits within the Castello’s walls.

“Castello di Amorosa has such a fascinating backstory with the materials used to construct it,” said Castello President, Georg Salzner. “We are excited to be teaming up with Napa City Ghosts and Legends to share with our guests this one-of-a-kind tour experience for the fall season.”

Co-owners of the ghost tour company, Ellen MacFarlane and Devin Sisk, spent some time investigating, conducting and analyzing tests done in the Castello and believe there is paranormal activity there.

“There’s a lot going on in that castle. A lot of the stones were brought over from other countries. There’s a theory in the paranormal world that stones retain energy,” MacFarlane said.

The three-hour ghost tour includes wine tastings and walks through parts of the castle not normally included in standard guided tours.

Staff at the 7-year-old Castello have reported feeling like there were spirits in areas of the 121,000 square-foot structure which is made from materials that date back centuries, MacFarlane said.

“Even thought the castle is new, it’s not really new. I had my doubts as well until we went in there and got the equipment going,” MacFarlane said.

Tests she and Sisk conducted using such tools as a K2 electromagnetic field (EMF) tool, recorders, and dousing rods helped them conclude that there are spirits in the castle.

For example there is a plague victim in one of the tunnels, and a Spanish lady from Segovia, Spain in the south tower, and a stable boy in the same area, MacFarlane said.

Guests of the ghost tour will be allowed to use the tools on the tour.

The K2 EMF is a standard tool used in the field by electricians, it reacts to electronic anomalies, she said.

“Ghost hunters believe ghosts have electromagnetic energy and the K2 can detect short bursts of energy. They are actual meters that will spike with anything paranormal,” MacFarlane said.

They also use the meter to communicate with spirits.

“You can ask yes or no questions; ‘If you are a female can you light up the meter?’” she added.

They also use dousing rods, which date to Egyptian times, because some spirits may not recognize the technically modern meters, but they may recognize a dousing rod “because they’ve been around forever.”

In some areas of the castle they set out a recorder and asked questions of the ghosts. The recorder picks up electronic voice phenomena, and on playback could be heard sounds that she and Sisk didn’t hear otherwise. The steps of the south tower are made of split wood logs that don’t creak when people walk on them.

MacFarlane said as she was sitting on the steps she felt the Spanish lady walk behind her, but saw and heard nothing. When they played back the recording a creaking sound could be heard.

In the same area where the stable boy is found the word “horse” can be heard whispered on the recording as she is asking a question of the ghost. The boy also appears to have the ability to create white noise on the recordings, blocking out about a 30-second portion of a conversation between MacFarlane and Sisk.

MacFarlane, a Napa native, has about 20 years experience conducting ghost tours and studying the paranormal. Sisk is a paranormal investigator, creator of the Benicia Ghost Walk and has been in the paranormal field for about 12 years logging more than 650 cases. He has been featured on Animal Planet, Discovery Channel, and Eye on the Bay.

The Castello di Amorosa ghost tours will be held weekly on Wednesdays from 5:30 p.m. to 8:30 p.m. through November by reservation only. Cost is $75 per guest, and $60 per guest for wine club members. This is a 21-and-up tour and tasting experience; no minors will be admitted. Contact the Castello at 967-6272 for reservations, or visit their website at CastelloDiAmorosa.com/Visit-Us/Ghost-Tours for more information.

Here are the improvements that have been made so far. Also, check out more of the week's best money tips from experts.

10 Questions: April Webster helps Napa seniors take that next step, whatever that may be.

More than 10,000 Deere & Co. workers went on strike Thursday, the first major walkout at the agricultural machinery giant in more than three decades.

Biz buzz: Is a Wingstop restaurant coming to Napa?

Burt Polson's Real Estate in the Napa Valley: The end of single-family zoning?

Burt Polson: Is this the end of single-family zoning?