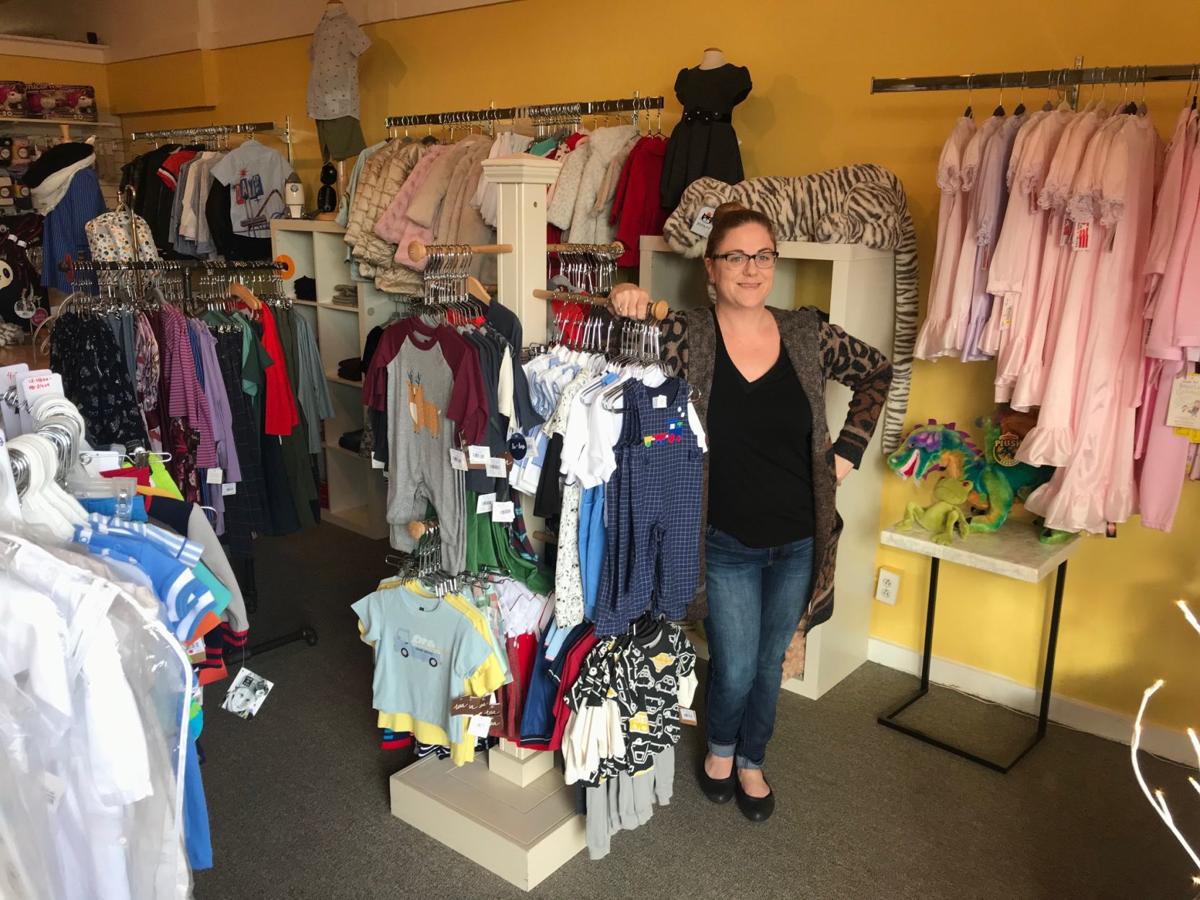 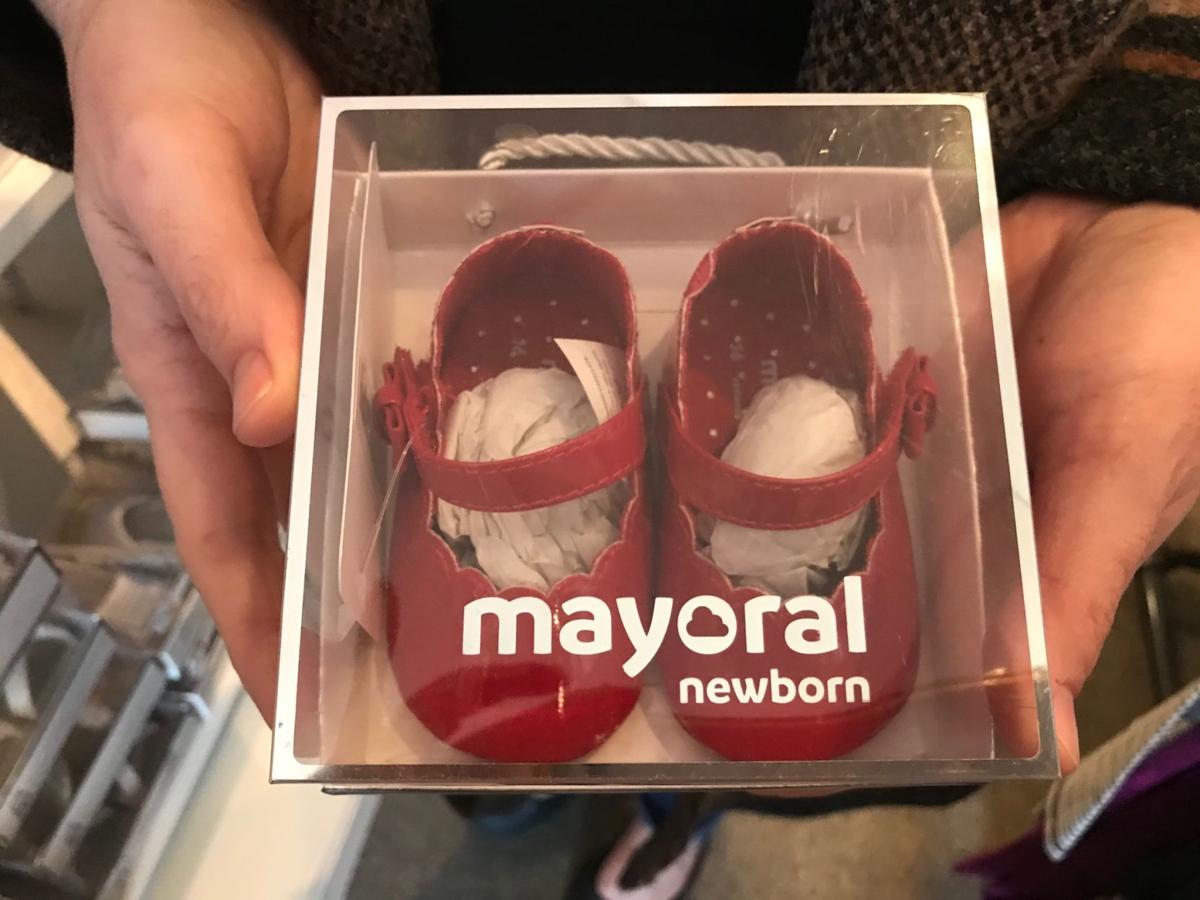 A pair of baby shoes from Lemondrops Children's Boutique. The business recently moved to 1030 Clinton St. in Napa. 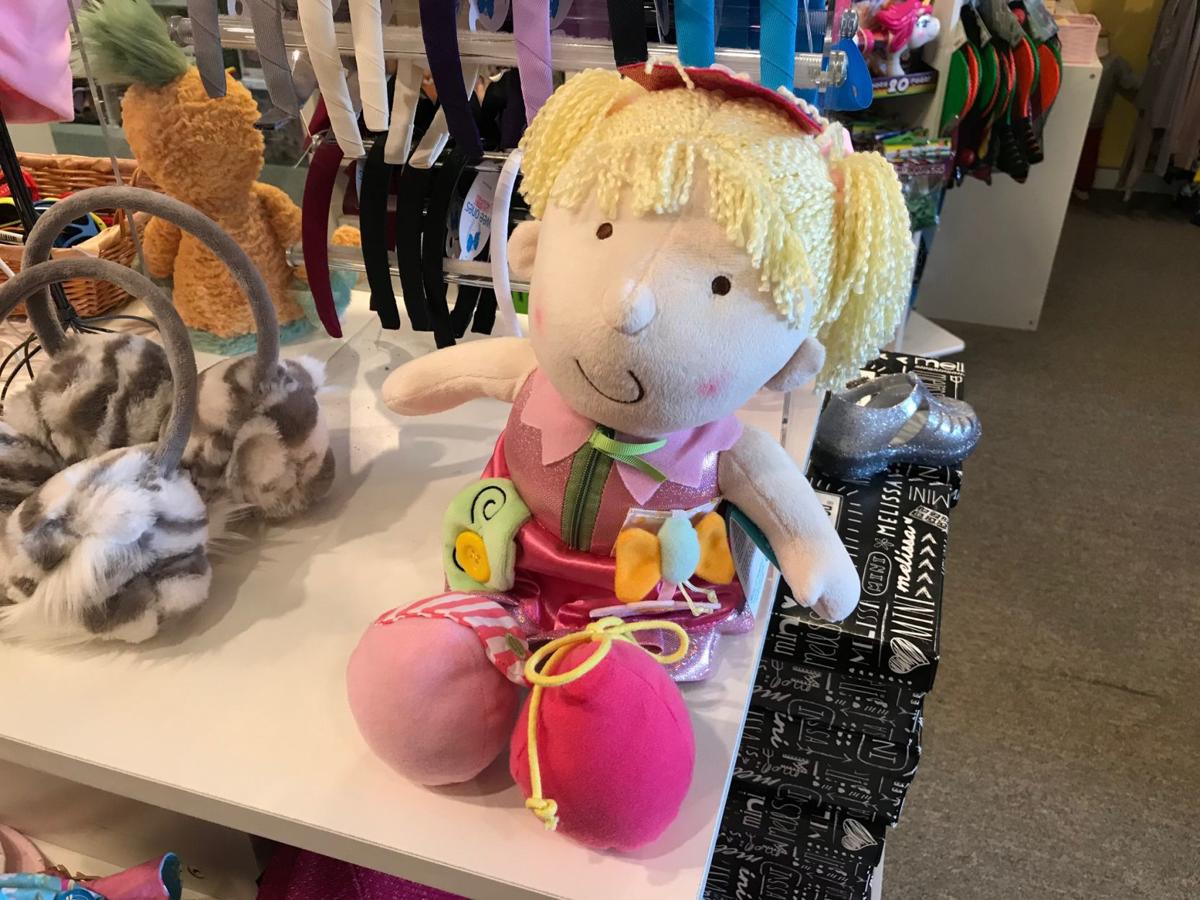 Some of the toys and accessories sold at Lemondrops Children's Boutique. The shop recently moved from Yountville to 1030 Clinton St. in Napa. 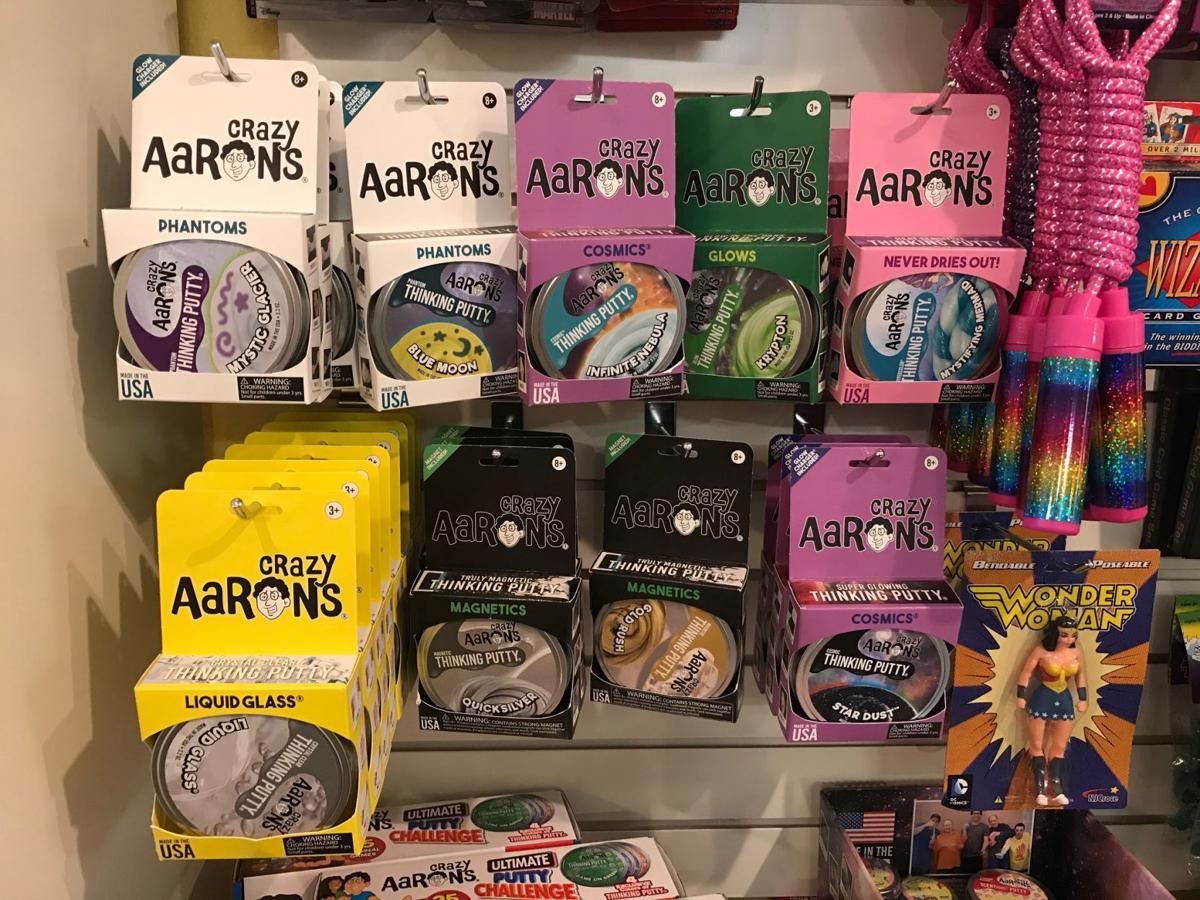 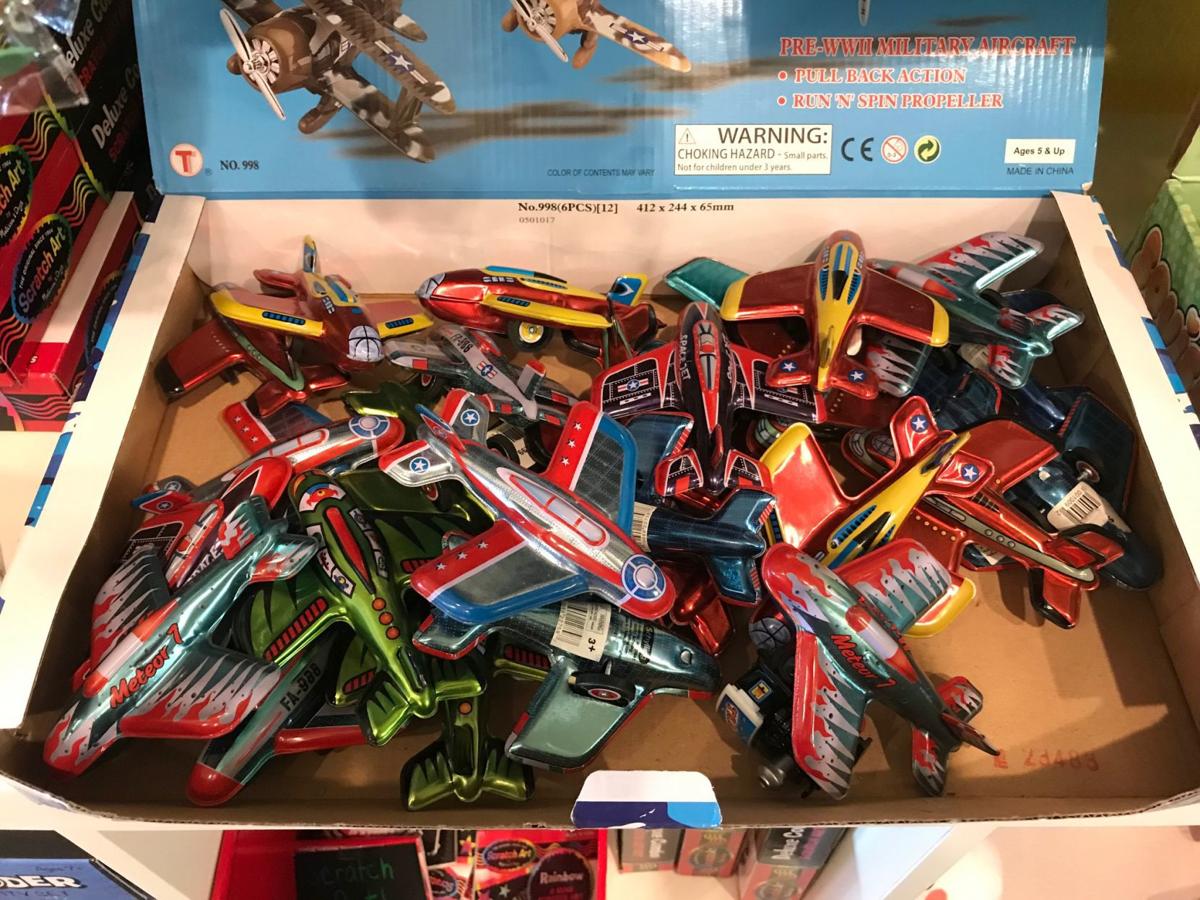 A pair of baby shoes from Lemondrops Children's Boutique. The business recently moved to 1030 Clinton St. in Napa.

Some of the toys and accessories sold at Lemondrops Children's Boutique. The shop recently moved from Yountville to 1030 Clinton St. in Napa.

Store owner Willa Gulbransen said before she became a small business owner she worked as a cosmetologist at Bardessono in Yountville and the then-Carneros Inn.

Working at Lemondrops has advantages, Gulbransen said. First, it’s a family business — and one that offers her more regular and more predictable hours.

Besides that, “it’s fun,” Gulbransen said.

When buying for the store, “it’s almost like shopping for your imaginary former self,” she said with a smile. “It’s fun to get to ‘play.’”

Lemondrops was created about a decade ago in Yountville by Gulbransen’s mother-in-law Shirley Gulbransen. Shirley first opened her business in the V Marketplace space formerly occupied by Hansel & Gretel, also a children’s boutique.

After Shirley decided to retire, Willa took over the business. Willa said that Lemondrops started as a children’s clothing store. But after the toy store in V Marketplace closed, Shirley added toys as well.

At the end of 2019, facing a significant increase in rent at V Marketplace, Lemondrops decided to move to downtown Napa. The store opened at 1030 Clinton St. in early December, just in time for the holiday shopping rush.

Lemondrops is located next to Bustle & Wed Napa Valley, a wedding studio and lifestyle boutique and the Housley Napa Valley tasting room. The former tenant of the Lemondrops space, Anna’s Bridal Boutique, has moved to 2407 California Blvd., suite 4 in Napa.

Willa said that her mother-in-law was known for her careful attention to merchandising the boutique. Because there were four young grandsons in the family, “she was always on the lookout for cute things for boys,” in particular, said Willa.

Selling roughly 30 percent toys and 60 percent clothing, Lemondrops clothing sizes range from newborn (even preemie) to a high as a 10/12.

Willa said the store is best known for “beautiful, unique clothes and toys – something you don’t find” at Target or other big-box stores.

For example, she carries several clothing lines from British and Spanish companies, including those that the youngest members of the British royal family have been known to wear.

Those lines focus on classic, well made, quality clothing made for dressing kids “like kids, not like little adults,” she said.

Such details include items like smocked dresses with bloomers, lined dresses with sashes, fine cotton jumpers and corduroy, pima and bamboo cotton fabrics.

“Parents are more mindful of what’s on their kids’ bodies these days,” said Willa.

Clothing prices range from about $18 to $100. She also sells some shoes, rain boots and other accessories.

“Wrapping is fun,” said Willa. “You can go wild with tissue and bows.”

Even though the store just opened in Napa, Willa said her longtime customers are finding their way to Clinton Street.

At the same time, “I’m definitely noticing more local shoppers,” compared to the tourists who frequented the Yountville store, she said.

Willa said the biggest misconception about owning a children’s clothing and toy store is that some people think “we just sit around and play all day, but there’s a lot of business savviness,” required to successfully run such a business, she said. “You definitely need an accounting background,” and to be able to keep track of supply and demand.

Now that the holiday season is over, Willa said she’s preparing for Easter. That means stocking the store with plenty of stuffed animals, bunnies, basket fillers and Easter outfits.

Everything at Lemondrops is mom- and kid-tested, said Willa.

“I’m a mom,” and “we have a lot of kids in our family,” she said. “They tell me they have their finger on the pulse of what’s popular.”

Like following a trail of bread crumbs, shoppers have been finding their way to Yountville’s Hansel & Gretel for 40 years.