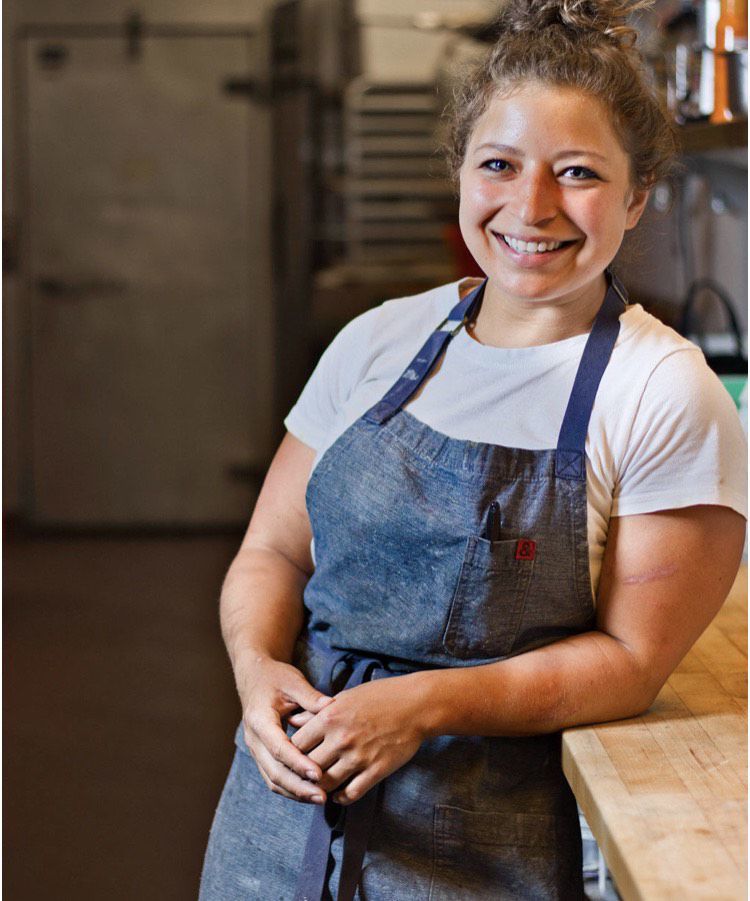 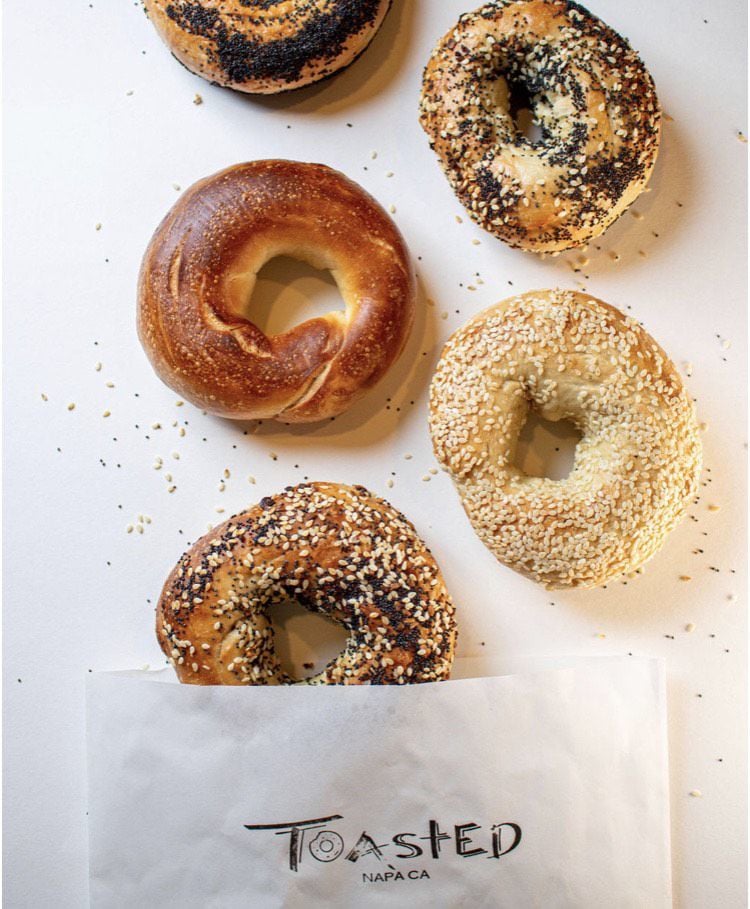 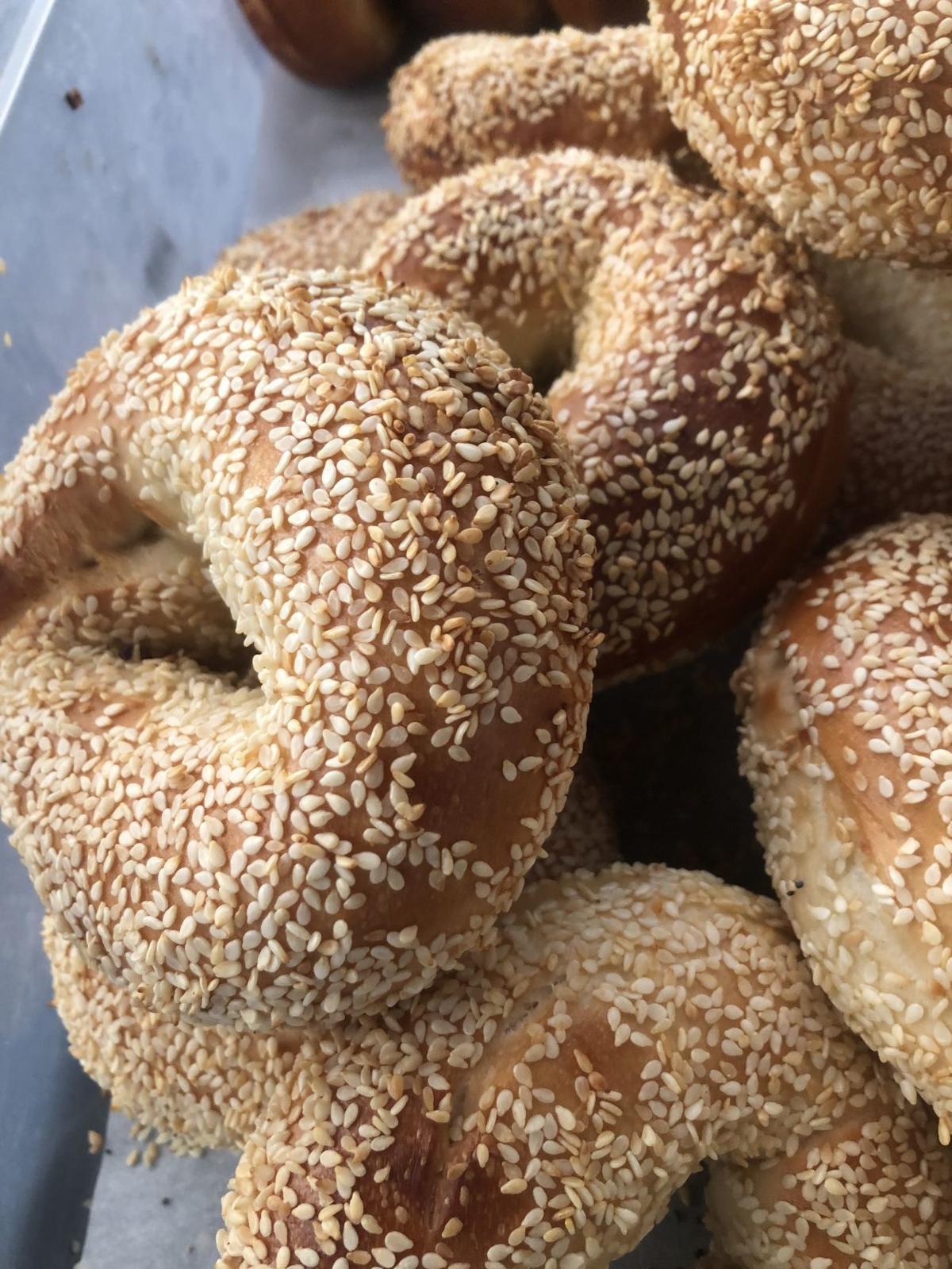 When she first moved to Napa six years ago, Ariella Wolkowicz had her mother mail her bagels, since the ones available locally just missed the mark for someone raised in upstate New York.

Now, the 28-year-old entrepreneur is mailing her mother the bagels she makes herself for her 3 1/2-year-old company, Toasted.

“I was having my mom mail me bagels from Montreal, and then I decided to try making them,” the trained pastry chef said.

“I started it on a whim. I figured I could do it as a business. I had friends who started a hot dog company, and they’re doing OK, so I figure if they could do it, I can do it.”

Wolkowicz said she found a recipe and tweaked and perfected it over a couple years, winding up developing a hybrid – a cross between the “big and fluffy” New York type of bagel, and the “skinnier, chewier and sweeter” type that comes from Montreal.

“The bagels are made using the traditional method: hand-rolled, cold-proofed for an 18 to 24 hour fermentation, boiled and then baked,” she said in some promotional material, “resulting in a delightfully blistered, slightly crunchy exterior with a creamy interior and chewy texture.”

She started selling her creations at the Napa Farmers Market, where she can still be found on Saturdays, as well as the farmers market in St. Helena, when it’s open.

Toasted bagels are also available at the Oakville Grocery, both locations of the Model Bakery, the Hudson Grocery in Oxbow, and Gary’s St Helena, Wolkowicz said.

The response to her first foray into business ownership has been positive, she said.

She says the Johnson & Wales University and Thomas Keller Restaurant Group alum, makes “the BEST bagels you will be able to find in California, and hell, maybe the West Coast entirely.”

Calling Toasted’s pretzel bagel her “personal favorite” among the bagel flavors Wolkowicz produces, Bacharach said, “Trust me. You want it.”

Besides the from-scratch bagels available from Toasted, Bacharach said her favorite cream cheese creation there is the “spicy veggie with notes of Habenero.”

“There’s been lots of growth in the past year,” she said. “I have several wholesale accounts, which is exciting.”

Wolkowicz said she attributes at least part of her success to the numerous East Coast transplants living in the Napa area, who have also been in search of the authentic East Coast bagels of home.

“For me it’s nice to hear them say they haven’t found a great bagel in years,” she said. “It’s nice to give back to the community in that way.”

Baking got into Wolkowicz’ blood, so to speak, when she was younger, even before she moved to California, where she landed a job at Napa’s Bouchon Bakery. She was there for a short time before striking out on her own, she said.

“It’s been a little different than I was expecting, but I’m really enjoying it. I think I thought all of California was like Southern California, so, it’s a little chillier than I expected, but it’s still better than New York. There’s no snow shoveling and that’s a plus,” Wolkowicz said about living in wine country.

“I’m liking it even more since starting Toasted. I’m meeting more people, and getting more involved.”

Working toward growing the firm and getting her own space, Toasted is run out of rented commercial space in Napa, where bagels, cream cheese, lox sandwiches and veggie sandwiches can be had. She is also looking to hire two production assistants.

Toasted’s regular bagel flavors are plain, poppy seed, sesame seed, everything, pretzel, cinnamon raisin, pumpernickel, and garlic or onion, and the one that changes monthly, she said.

“Right now it’s roasted garlic and rosemary, and last month was maple and ginger,” she said.

“I try to make it seasonal and change it up once a month,” she said. “The (cream cheese flavor) ideas come to me. I do a bagel of the month – and they go with that. I did a pumpkin bagel last month, so I didn’t want to do a pumpkin cream cheese, so this was still fall inspired but not on the nose.”

Bagel baker was not at the top of her childhood what-I-want-to-be-when-I-grow-up list, Wolkowicz said.

“I wanted to be a vet when I was little. I never imagined this. It just sort of materialized,” she said.

But, the seeds of Toasted may have been planted in childhood, anyway.

“I grew up with bagels. We always had them in the house,” she said. “They’re easy, they’re quick, they travel well. The ones here aren’t the best; too soft and not chewy enough because mostly, they’re not boiled first, so they’re not really a legit bagel. That’s what I wanted to do.”

Stay up-to-date and informed for less! See your offer→