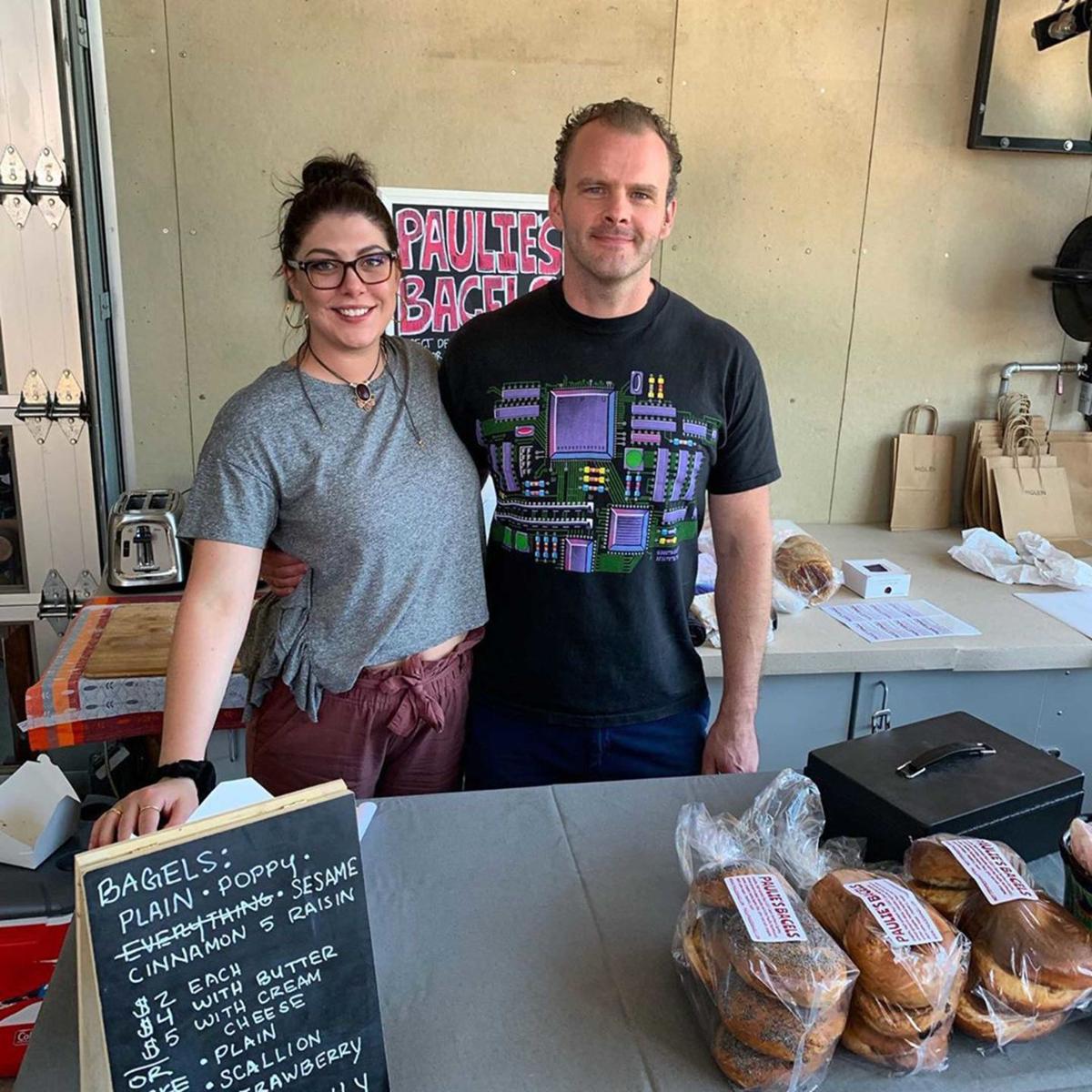 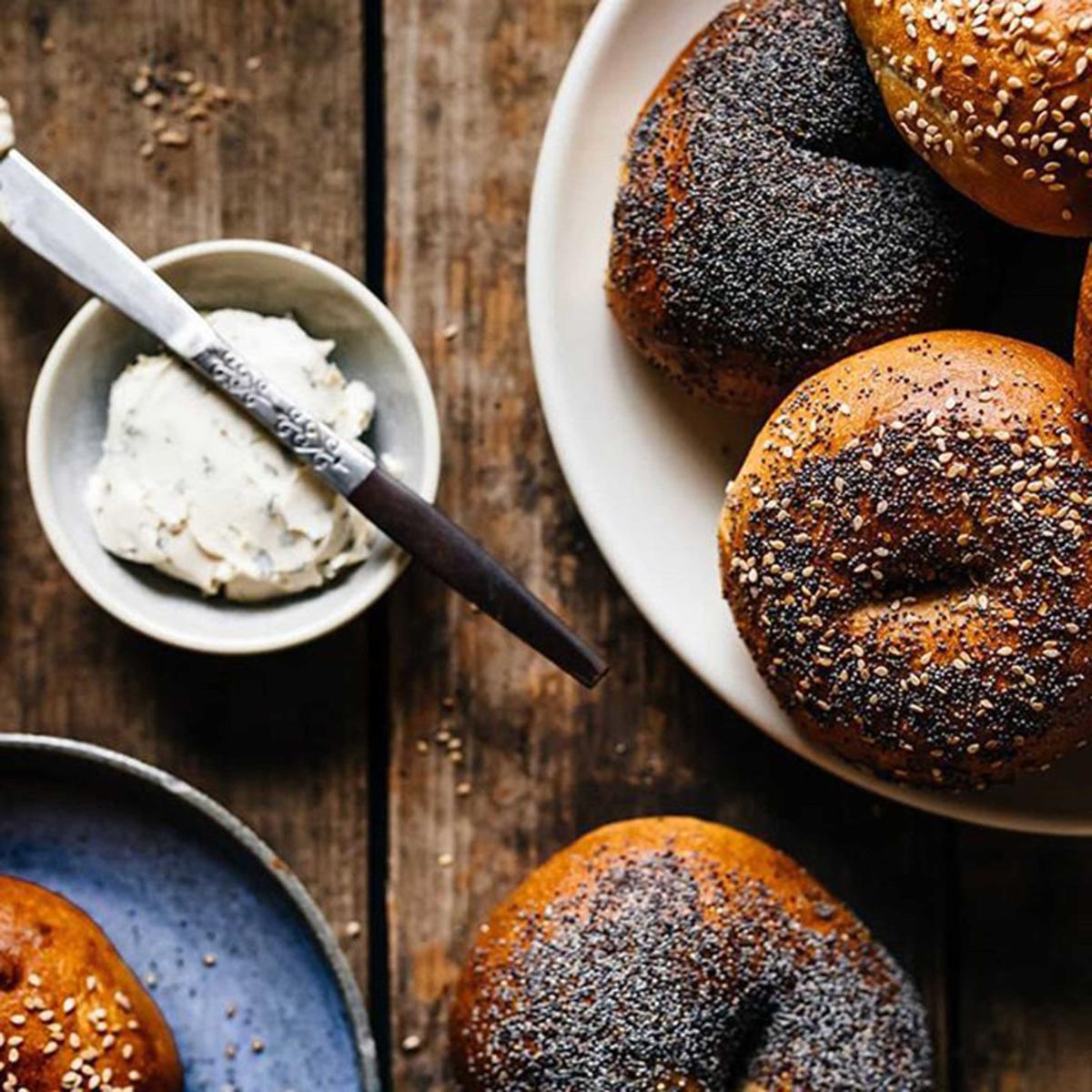 After 172 recipe revisions, Paulie W. Brown, IV has finally nailed down the perfect bagel recipe – and it seems his customers not only agree – they can’t get enough of them.

Brown owns Paulie’s Bagels in Napa – “Real East-Coast- style bagels made with organic flour, specializing in direct delivery to homes and businesses.” The 37-year-old Pennsylvania native has lived in California since 2013, he said.

“I also work for the Culinary Institute of America doing public education for adults, and learned I really love sharing knowledge and wisdom and the underlying science of the process,” he said.

“A big part of that is that people sometimes believe in myths, and with food, myths are endless and are mostly wrong. So I found myself dipping my toes in that stuff. Like how to make a good bagel, like one myth is you need New York water, which has been proven wrong. There are great bagels in New York, but it’s about tradition and custom, not the water. Just one example of a truth about bagels.”

Like most ethnic cuisine, bagels were a working-class, street food — with no specific origin, Brown said.

“But, bagels started somewhere in Poland, likely in Jewish areas, and there’s sometimes a sentiment that because I’m not Jewish, I can’t really make bagels,” he said.

“I feel that bagels have a deeply connected history, but they’re more significant and a working-class food that gives people joy and motivation in a way that’s hard to define. You have to respect the culture from which the food comes. I think that’s why my product is so successful – because I respected the idea of the bagel and invested my heart and passion into creating one that people love.”

Brown started making bagels two years ago, and now finds himself drowning in orders. He said he developed the recipe through trial and error, and remains a one-man show. It’s a good problem, but a problem, nevertheless.

“Orders are only increasing and I can’t see the light at the end of the tunnel,” he said. “It’s a challenge. I know I have strengths, but also weaknesses. I’m a bagel maker, and not an accountant, or a marketing expert and I’m in search of a manufacturing partner.”

One indication that Brown’s first inclination is not that of a cutthroat businessman is that he’d like to be able to give the product away.

“The worst thing for me is having to charge people – asking them for money,” he said. “I wish I could give my product away for free, which is preposterous, I know. But the idea of charity is something that comes from childhood.”

Growing up in Chester County Pennsylvania, “the old beautiful area that includes Valley Forge,” Brown said he started working at 13, “out of necessity, as a restaurant dishwasher, and worked my way up to chef. I worked through school, and college, where I earned an environmental science degree, and got a desk job. Hated it, and went back to cheffing. My culinary education was through a mentor who was a French chef.”

Brown said he met his future wife whose parents lived and worked in California, which turned out to be a game changer.

“We went to visit them, in winter, and thought I had my whole life planned out — I was going to buy the restaurant – within 48 hours of being in California in February, I changed my mind.”

But things didn’t go as smoothly as the couple had hoped, Brown said.

“We naively assumed I’d find a nice successful chef to work for, but we struggled. And after a few frustrating experiences, I ended up at Model Bakery doing recipe development and other things,” he said.

“They didn’t’ have bagels. I love bagels, and had them growing up. They’re important for young people, so in my spare time I tried to figure out how to make a great bagel.”

After two years and 172 recipe revisions, Brown finally hit on the right combination of ingredients and “people started saying, ‘This is really good,’” he said. “This meant it’s worth pursuing, so I kept going.”

Brown said he uses only the best ingredients, including organic flour made from non-subsidized wheat, which is important for farmers. And he also makes small rolls called bialys, pretzels and olive oil rolls when he has the time, which is not often, he said.

Brown’s wife, Bianca Viscusi, was the general manager of a Japanese restaurant in downtown Napa, “and the chef there had tried my bagels and he asked me for 30 a week for a new venture doing brunch. They put my name on the menu, which was cool. They were very popular. One day, one of the chefs said you should just start a company called Paulie’s Bagels and just make bagels.”

Brown said he did just that.

“I went into the city for a Cottage Law B license, and suddenly I was in the bagel business,” he said.

“I went from 30 bagels a week to 50 to 100, by myself, with people helping me out of the kindness of their hearts – Napa Makes, for instance, who provide a platform for small artisans, and they asked me to make bagels for them. Bagels is what I do; it’s a seven-day-a-week-job, doing about 1,500 per week.”

Brown said he thinks he’s reached his maximum output as a sole operator, and seeks partners to help the business grow.

“I want to be the next Lender’s — the brand I grew up on – and to sell and great bagel to the whole country,” he said.

Viscusi said she loves the product as well as the man.

“I’m super proud of him for building something from the ground up,” she said. “It’s a labor of love and a fantastic product — the best bagel I’ve ever had in Napa, for sure. I’m extremely proud of him as a partner and a person.”

Toasted bagels have been called "the BEST bagels you will be able to find in California, and hell, maybe the West Coast entirely.”