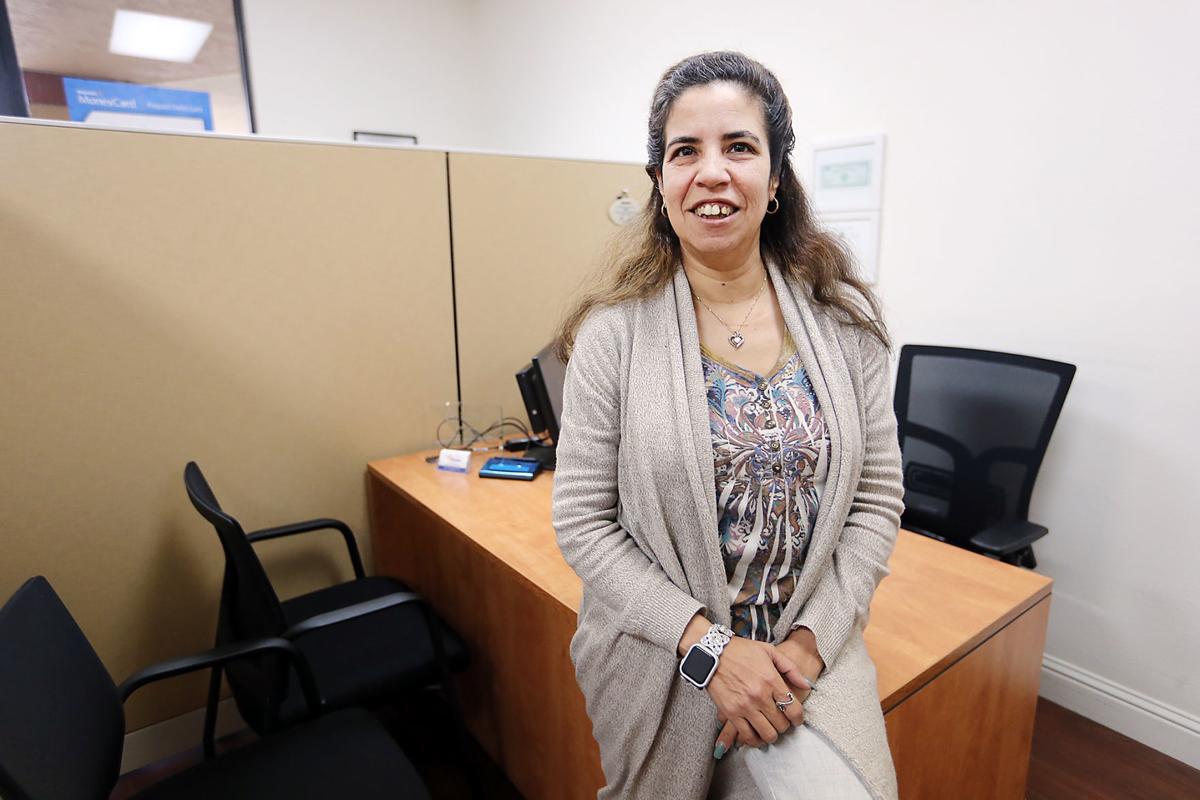 Tami Lee Patterson and her business Nova Tax Consultant have been in their current location for about six months.

Nova Tax Consultant and its owner, Tami Lee Patterson, have been in their current location for about six months.

Tami Lee Patterson and her business Nova Tax Consultant have been in their current location for about six months.

Nova Tax Consultant and its owner, Tami Lee Patterson, have been in their current location for about six months.

For Tami Patterson, tax preparation is about more than just numbers and forms, it’s about the lives behind those numbers.

She started her own business, Nova Tax Consultant, in the wake of a difficult season in her own life, and hopes to help families as they plan for their futures and make financial decisions.

“I really try to give sound advice from the tax desk,” Patterson said. “That’s how I got into it, and that’s how I stayed in it.”

She started Nova in 2018, following last year’s tax season. She and her employees have ramped up for their first tax season as a business.

Before she became a tax consultant, Patterson helped people with their taxes on the side. But it didn’t become her vocation until years later.

Patterson’s career has been varied. She was married and had four children, but after a few years found herself a single parent.

To provide her for her children, she started selling Tupperware. After she remarried, she dabbled in other businesses in Riverside, California.

“I did whatever I could to take care of my kids,” she said.

Patterson later moved to Idaho so her older children could attend college at Boise State University. There, she became a Realtor.

After moving back to California, however, she developed an autoimmune disease and had to stay home to rest. The monotony of being at home was “driving me nuts,” Patterson said.

That’s when she began thinking about working as a tax preparer. She took a course and started working for a corporate chain.

“In Idaho, I was able to put people who worked at McDonald’s in a home. I can’t do that here, because of the prices,” she said. “But sitting at a tax desk, I can see people’s lives through their tax forms. I can help them.”

In 2017, Patterson’s mother-in-law became ill and passed away in September. The Napa wildfires came in October. Then she found out her husband had kidney cancer. Her pregnant daughter and grandchildren were living with them, along with her youngest son.

During the off season, she took a break from tax preparation to help care for her mother-in-law, grandchildren and husband. She didn’t think she would end up going back to do taxes again.

But after things stabilized and her husband, who is now cancer free, had gone through surgery, she thought she would start working part time again. She ended up working 60 to 80 hours of week and feeling burned out.

The amount that she was having to charge clients through her corporate job bothered her.

Her family was looking at buying a house, but her husband told her instead they should open her own tax business.

“We took everything and dumped it into here, so it’s been a very scary thing for me to do,” she said.

Her goal has been to reduce the fees that people pay for tax preparation and help guide them in making financial decisions that will put them in a better tax situation, she said.

Patterson said she believes in sticking to the law, not walking in a gray area, but using whatever is legal to help the taxpayer.

“I’m doing everything I can to reduce those fees for people so they are actually getting to hold that money in their pockets,” Patterson said. ”Maybe I’m insane, but I want to do the right thing.”

She hired four support staff and three tax preparers to help her run Nova in a storefront on Lincoln Ave. This year, they have completed more than 100 tax filings and have 15 more in progress.

She offers tax preparation for both small businesses and families.

Some tax preparers never talk directly to the client, she said. The family drops off their forms and the preparer takes care of them.

Patterson doesn’t run her business that way. “It’s your tax return, so there should be conversation, and I think the people should understand what’s going on,” she said.

Her philosophy means she often gets more personal than other tax preparers might.

She remembers a client she served in her first year of tax preparation. When he sat down, she said, “Sir, I need to tell you, you have just sat down in front of the nosiest tax preparer in all of California, and I’m going to either get you a bigger refund or help you pay less.”

A couple years later, he reminded her of this conversation and told her she helped him pay less every year.

Patterson enjoys working in a job where she can help families solve problems and make changes to put them in a stronger financial position, she said.

“I love helping people,” she said. “When I can see a family that comes in, and they have had issue after issue after issue, and I can help resolve that issue and give them peace … that’s what I like.”