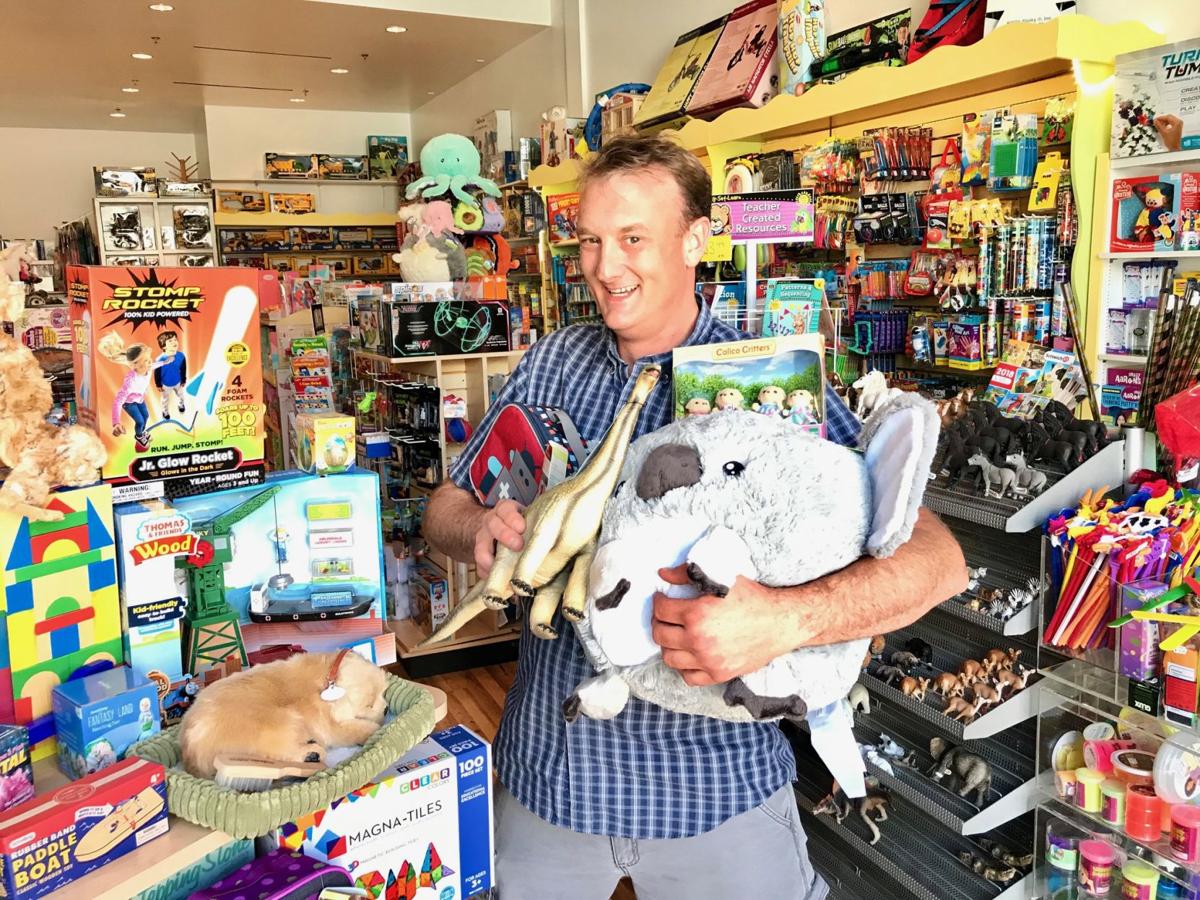 Darren Turbeville owns Toy B Ville. The store recently moved to inside the First Street Napa complex, between Kohl’s and Compline. 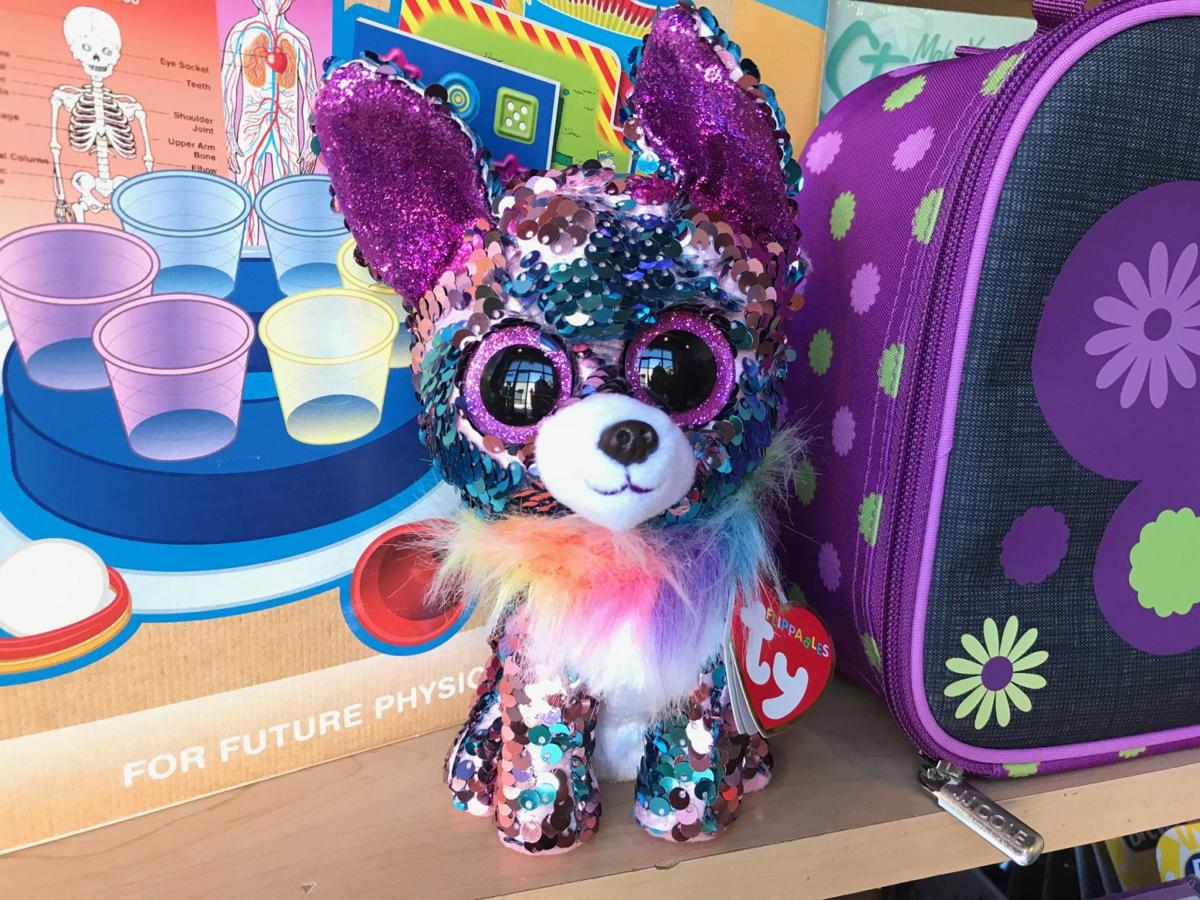 A sparkly toy at Toy B Ville. 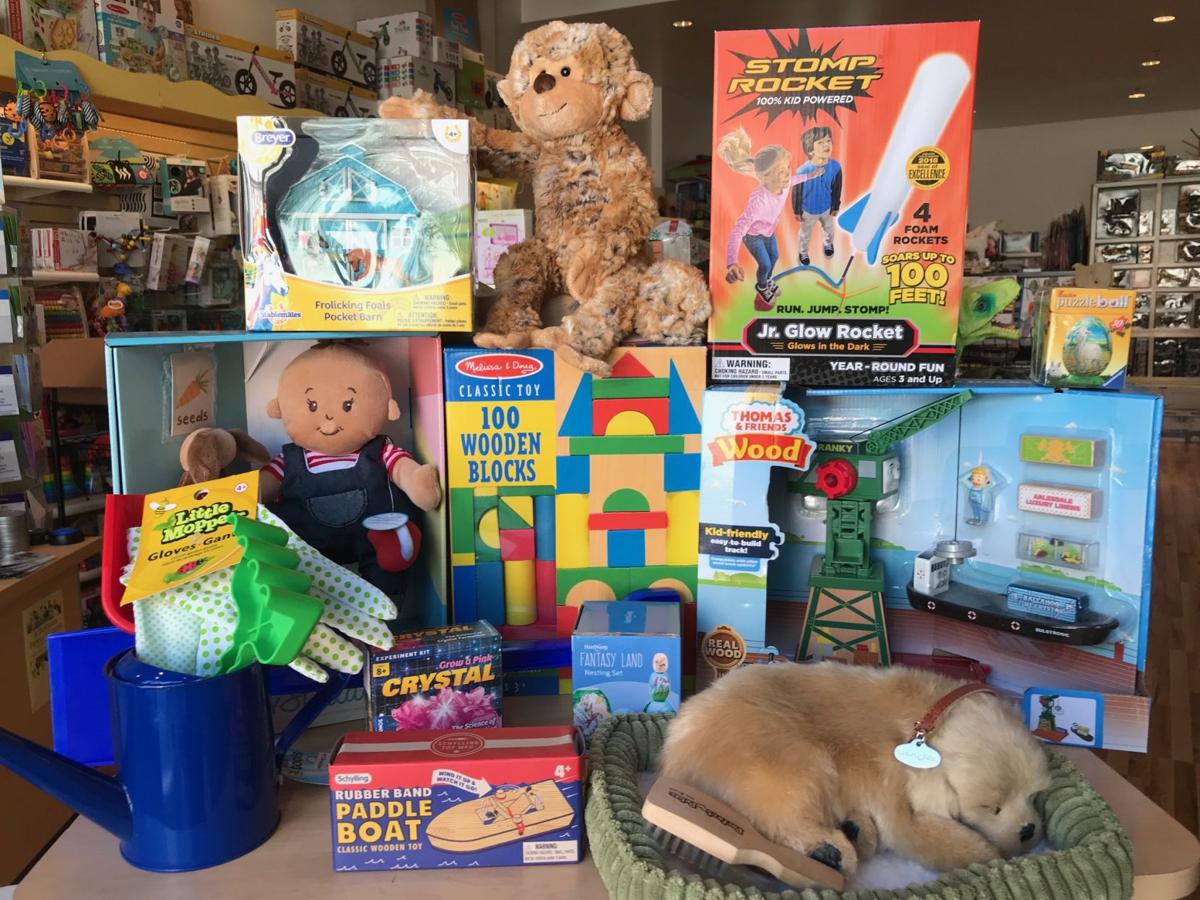 A sample of toys from Toy B Ville. 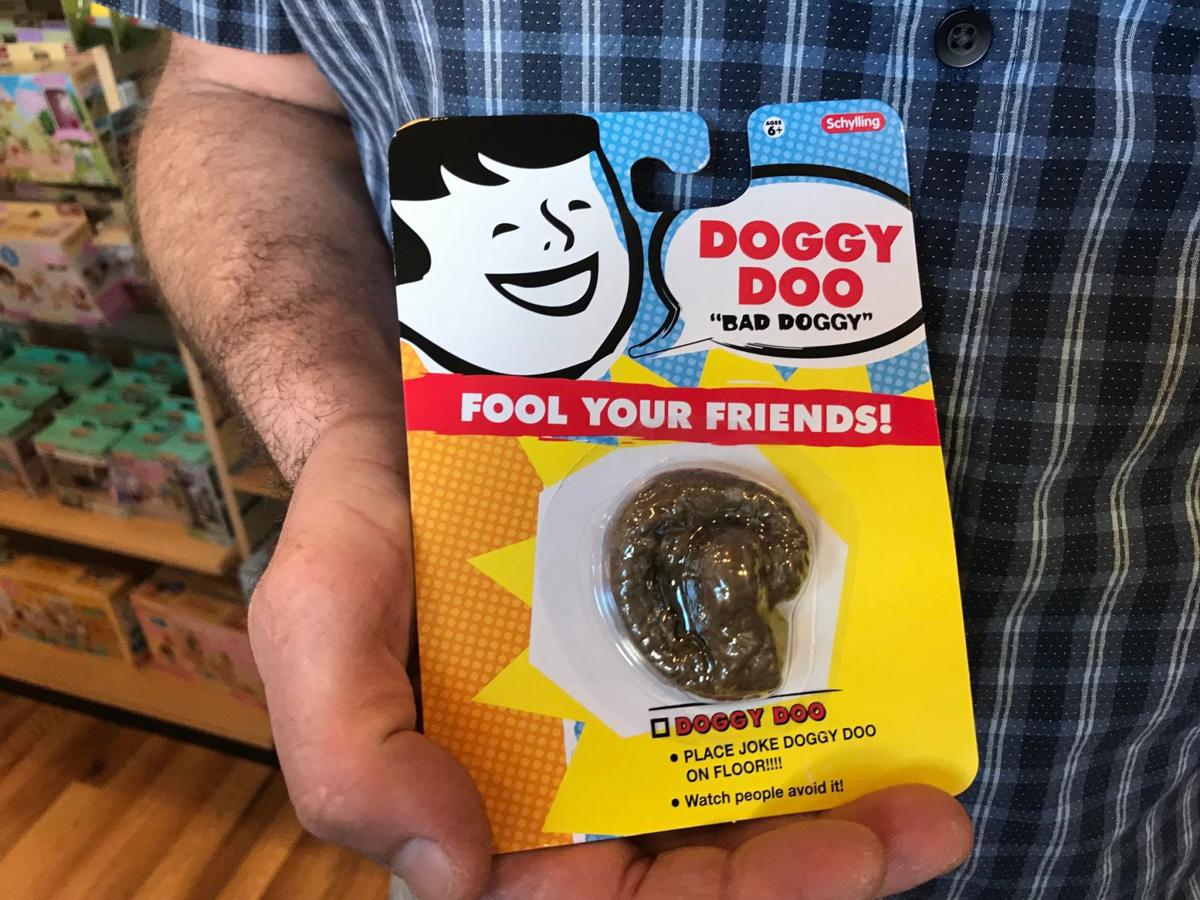 Darren Turbeville, owner of Toy B Ville, holds one of the items he sells at his downtown toy store.

Want to hear the truth? Just ask a child.

“There’s nothing like kids to chip away at your ego,” said Darren Turbeville, owner of Napa toy store Toy B Ville.

“You think you’ve just ordered the best toy, something kids are going to love, but if they don’t like it? They’ll just walk away from it.”

Fortunately, the flip side of that is good news. “But when you buy a toy they really like, you can’t take it away from them.”

In the world of making the right choice, Turbeville is living a new challenge these days.

He recently closed his location on Main Street, where Toy B Ville had been located for 11 years, and moved to First Street Napa, between Kohl’s and Compline.

It was a quick move – he negotiated the lease early last November and was open at the new spot on Dec. 6, but the decision to relocate had a several pluses going for it, including better rent.

Turbeville is also happy to be in moving into what he considers to be the core of downtown.

Finally, he’s close to Charlie Palmer Steakhouse. And while that may seem to be a strange factor for some, it makes sense to Turbeville.

“My family operated the original Toy B Ville in Healdsburg. When Charlie Palmer came to town there was a positive synergy for all businesses. They attract a crowd that any downtown needs to survive. The next step is full occupancy in the hotels and retail fronts.”

The move has had its challenges, some of which caught Turbeville by surprise.

“I figured that since I was moving everything from one store into a new one that it would be pretty simple. I didn’t realize just how complicated it would be just to get my name on the building.”

And as his new location is essentially a new building, he had to initially deal with issues like a heater that didn’t function properly, a roof leak and lighting problems.

Fortunately, his landlords have been willing to work with him as well as provide marketing help and guidance throughout the process, said Turbeville.

The good news is that most of his customers have found him at the new space.

The business is one of the oldest in downtown Napa, originally opening in 1978 as The Learning Faire.

In addition to selling toys with an educational bent, the original Learning Faire owners, Lana Stanley and Sandy Jones, supplied many Napa teachers with classroom supplies. That was before the days of corporate buying, the internet, and now, Amazon.

“Teachers used to buy their own supplies, but that started changing in the late 90s – early 2000s,” said Turbeville. “Lana and Sandy adapted and started to focus just on toys.”

When the Learning Faire owners decided to sell the store and retire, they had a dilemma on their hands.

Having dedicated more than 30 years of their lives to offering toys that are educational and engaging, they wanted to make sure that new owner would have the same commitment to children’s development.

Turbeville, who bought the business from them, is the kind of person they hoped would take the reins. Turbeville renamed the store Toy B Ville, but, as long-time customers have discovered, that is about all he changed. The rest, he said, was perfect as it was.

Turbeville has a Masters degree in Materials Engineering, and planned to spend has career in research, hoping that he could make a difference in people’s lives.

He paid for his education working in retail at Cal Poly San Luis Obispo, then moved home to run the family’s toy store in Healdsburg. That’s when he had a social epiphany.

“If a child is allowed to be a creator and not a consumer, you can change his future,” said Turbeville.

“I realized I can have just as big an impact in people’s lives by offering toys that engage and educate kids as by doing research.”

Turbeville is not preachy, and hopes not to offend with his philosophy. But he looks at the toys he had as a kid, GI Joes and the like, and as an adult mostly remembers the ones that got him outside, or allowed his imagination to run wild.

Turbeville stays away from toys that overstimulate infants with loud noises, rapidly flashing lights and such, as they hurt a child’s creative abilities and attention span.

This doesn’t mean that Turbeville shuns all that is popular, or that educational can’t be fun.

Board games are still big and a way whole families can spend time together. He also carries “blind packs,” which are similar to the baseball cards of the 1950s and 1960s.

“You didn’t know until you opened them which player you were going to get.

It’s the same with today’s blind packs. They might contain a Percival Graves LEGO Minifigure or a mystery BREYER model horse.”

Toy B Ville has continued the popular Birthday Club, started years ago by The Learning Faire.

Register your child, and in his (or her) birth month they will receive a $5 gift certificate until they turn 12.

The club is free to join and also offers a wish list gift registry where your children can “wish” for their favorite toys to be bought on their birthday or at Christmas.

Turbeville and his wife, Amanda, are proud parents of Austin, age 4, and Dax, who is 2 1/2. They’ll have a third child in June.

“I like the name Tiberius,” he said, referring to James Tiberius Kirk, captain of the Enterprise. But, Amanda may not go for it, which he understands.

Having children has impacted the way he does business.

“Maybe the biggest change in being a parent is to understand the importance of potty training. I now have potty training seats on all the toilets in the stores. He has also learned to listen to children with an intensity he didn’t comprehend before.

“Everybody has a complaint about something, right? But when a kid complains, I want to hear it.”

The holiday season has arrived in Napa County. In honor of Small Business Saturday, we are sharing our most popular business profiles from 201…

First Street Napa announced that Toy B Ville will open in the new center on Dec. 6. The new location is 1300 First St., Suite 261, near Compli…

A town without a toy store?

First Street Napa announced that a Macbella retail store will open at 1300 First St. It will be located by Compline wine bar + restaurant + merchant.

Makers Market, retailer of American-made goods, will host a grand opening at its flagship store at First Street Napa on Saturday, Nov. 17. The…

Tracy and Brad Dropping are from Atlanta. They had a good life there, but like many people who visit Napa, always thought that this is where t…

Cardroom at former Napa restaurant to go before city planners

Napa planners will hear an application for a restaurant/card room in the former Compadres site on Lincoln Avenue.

Napa's only independent toy store, Toy B Ville, has closed.

Darren Turbeville owns Toy B Ville. The store recently moved to inside the First Street Napa complex, between Kohl’s and Compline.

A sparkly toy at Toy B Ville.

A sample of toys from Toy B Ville.

Darren Turbeville, owner of Toy B Ville, holds one of the items he sells at his downtown toy store.