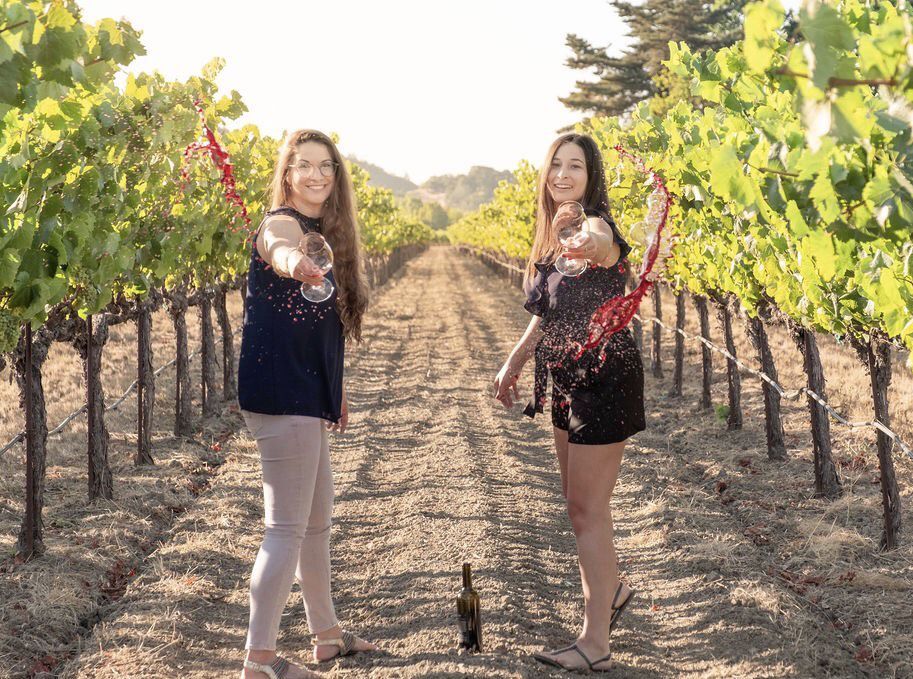 Natalie Williams and Alicia Sanner of Buzzed Events a new Napa based business. 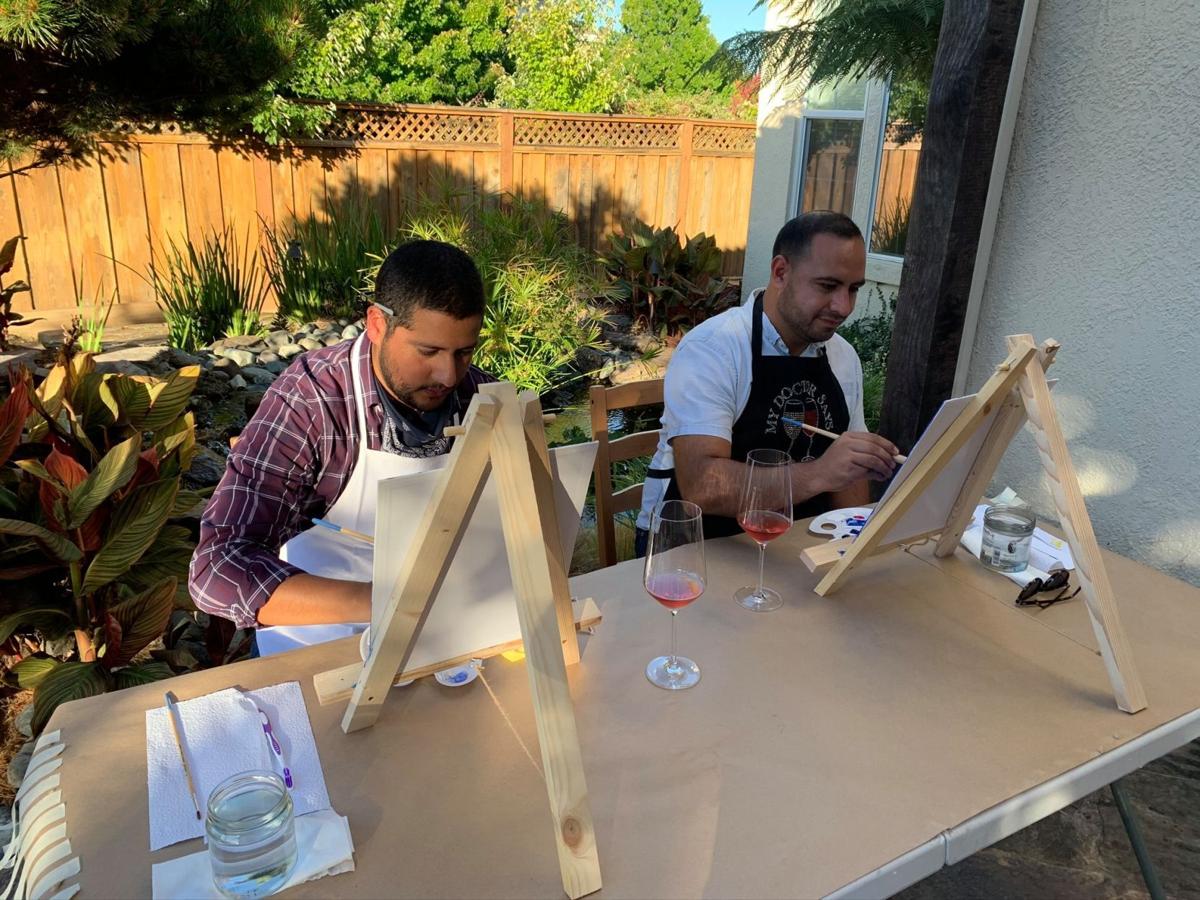 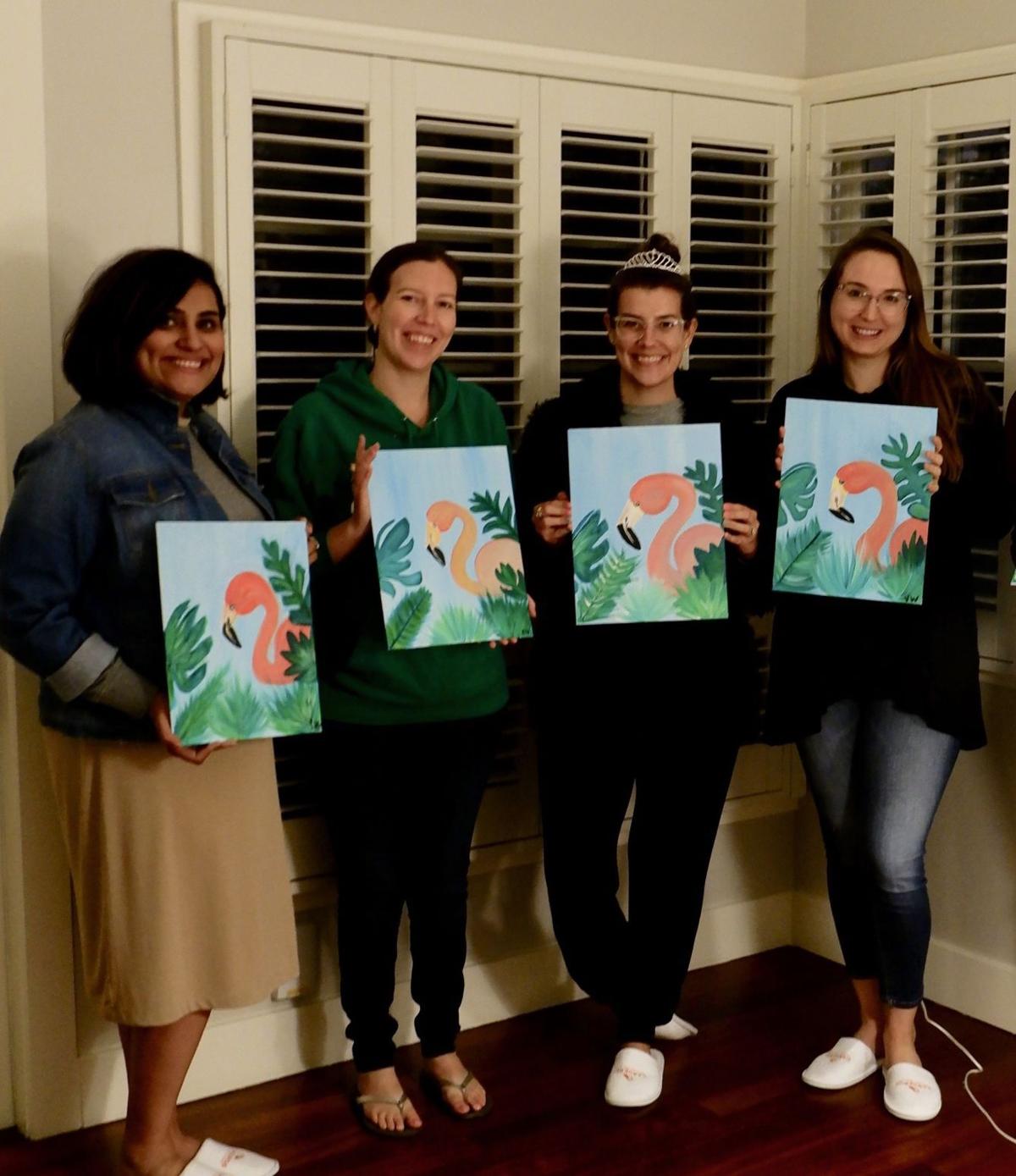 Alicia Sanner of Napa said the last promotion that went to a man less qualified than herself was the proverbial last straw, so, the 36-year-old East Bay native started her own business. That was in July.

In the wine industry since 2015, Sanner said she spent the five years before that in the medical field. The new company, Buzzed Events, incorporates the various areas of expertise gleaned in that time, she said.

“This came about because we found this is a male-dominated industry and I threw my hands in the air and decided to create my own business,” she said.

“When I was passed up for a promotion, not for the first time, for a man not as qualified as myself, it was the final straw for me. So I brainstormed and tried to come up with an idea to support other local women and minority-owned businesses. All of our partners with this are women or minority-owned.”

The company name comes from “a combination of a little bit of a wine buzz and also part of the company does adult toys, so a buzz from that,” she said.

What Buzzed Events does is offer in-home or on-location events aimed at “empowering, educating and exploring with wine, and art, body positivity, yoga classes, massage therapy and any combination of those,” Sanner said.

The education component makes use of Sanner’s certification in human lifespan sexual development, which is about “trying to rethink the way we look at our bodies, beyond the basics we get in school. My certification spans both sexes, from birth to death. I help people with questions that might come up.”

The idea for Buzzed Events, came as “a random thought,” she said.

“I used to work for a company where I’d take people all over wine country and one of the most common questions from groups was ‘what else can we do in Napa besides dinner, wine tasting and hiking?’” she said. “And I found the answer was ‘not much.’ I set about to fix that. We made something to do outside the typical Napa things to do.”

So far, clients — which tend to be female — have taken Buzzed Events up on wine tasting, art classes, and body positivity/sex education events, she said.

The art classes are run by Sanner’s partner Natalie Williams, who she describes as “a very talented artist, who customizes the painting to work with the event’s or the group’s theme.”

Clients can book any one, all, or any combination of elements of what Buzzed Events offers, with each event “completely customizable,” Sanner and Williams said.

The cost per event depends on what elements are selected and for how many people, they said. For instance, a wine/body positivity combo is $55 per person for about 2½ hours. An all-options event including massage takes about five hours and will set each attendee back about $150, they said.

Besides doing the paint night portion of Buzzed Events events, Williams said she’s worked in wine industry marketing for three years, and also has a varied list of previous accomplishments.

“I attended the University of California, Merced, and earned an applied math degree,” she said, but decided against going for a PhD, opting instead for following her passion for wine, and moving to Napa in 2017.

“I wanted to be a part of this world up here,” she said, adding that her work with Buzzed Events incorporates her other passion – art – “the only really other courses I took in college.”

“I realized I had a love and appreciation for art, and have been hosting my own paint nights for as long as I can remember,” Williams said.

“My first paid one was a bachelorette party some five years ago. When Alicia approached me to lead this arm of the business, I jumped at it. Alicia is extremely passionate about creating a unique event for her clients and I’m excited about contributing to that. I love that no two events will be the same. I think she has a great model there.”

“Everybody walks away with something different – their own interpretation of what I brought to the table,” she said. “What I find interesting is lots of people come to paint night with very little painting experiencing and they find they don’t really need it – the beauty is in the process, and the final result is often not what they expected.”

Williams said she especially enjoys “other people’s interpretations, and I find I learn at least as much as the students do. It makes me a better artist in the teaching.”

Sanner similarly describes what Buzzed Events means to her.

“I love being able to sit down and have these experiences with these people, and let them have their ‘aha!’ moment,” she said.

“I leave feeling successful in my approach, and I get a sense of accomplishment giving people information and being able to answer their questions. It’s really rewarding for me and also fun.”

The main challenge has been in getting the word out, Sanner said.

“I’m not into social media, so trying to navigate that has been difficult,” she said. “My target market is women between 21 and 100 – I think it applies to all women.”

Sanner said she hopes clients come away from a Buzzed Events event, “with a heightened self-awareness and a fun, good time, and with some information they can use in the future and have fun with their friends.”

You can reach business editor Jennifer Huffman at 256-2218 or jhuffman@napanews.com

Bookmine update: One year after facing a substantial rent increase, Napa's Bookmine has not only survived, but thrived.

The housekeeping staff at the Embassy Suites Napa Valley are in a fight -- against the spread of COVID-19.

Photos: Check out the most expensive home sold in Napa County in October.

Got big bucks? The most expensive home sold in Napa County in October is located at 1971 Vallejo St. in St. Helena. It sold for $6.85 million.

Located not far from Calistoga, Safari West is reaching out for new audiences during the pandemic.

Natalie Williams and Alicia Sanner of Buzzed Events a new Napa based business.