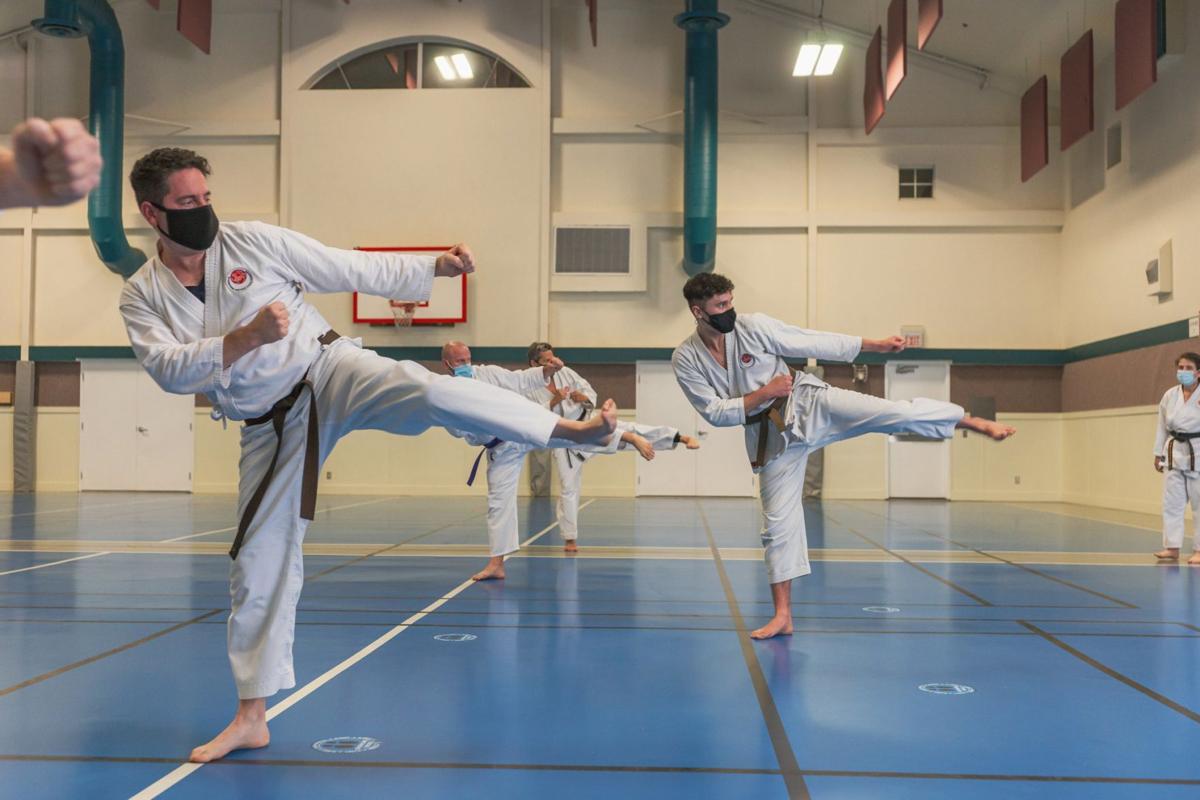 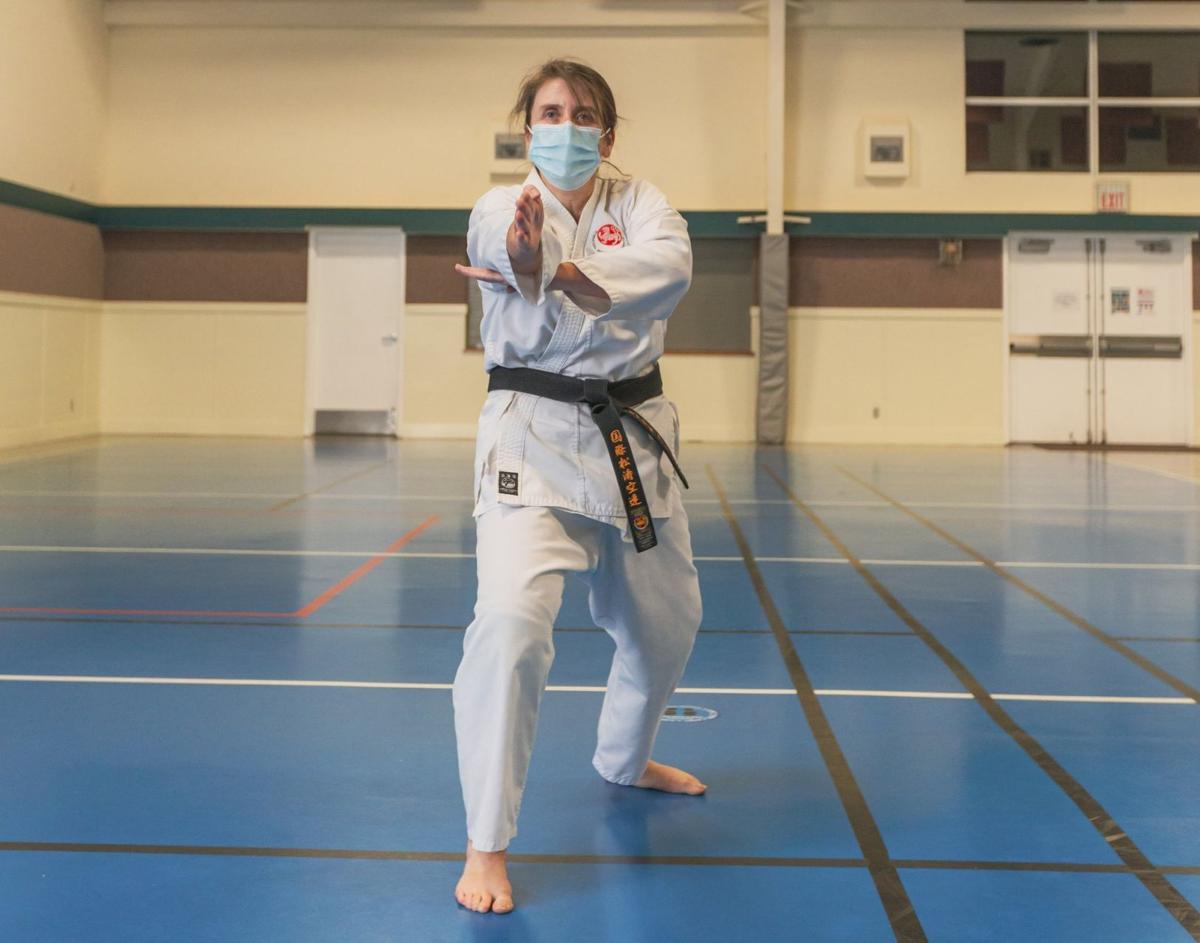 April Farnham of Napa is the sole proprietor and instructor of Shotokan Karate Academy of Napa, known as Sempai April’s Dojo. 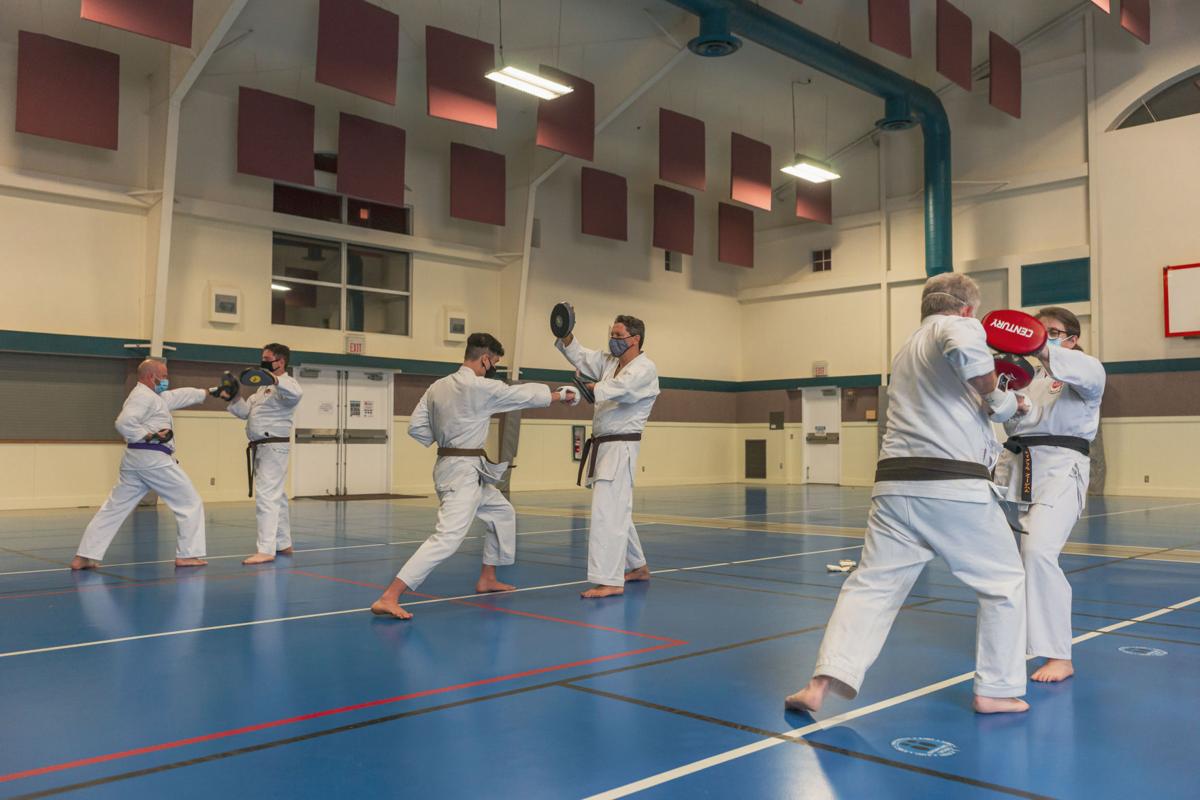 April Farnham of Napa is “a historian by training,” and a karate teacher by profession, and while the connection between the two may not be obvious to the casual observer, it’s there.

The 49-year-old married mother of one is the sole proprietor and instructor of Shotokan Karate Academy of Napa, doing business as Sempai April’s Dojo. The original owners were going to close for good, and the historian and karate devotee in Farnham couldn’t let that happen, she said.

“I trained under Chela Morales-Placone and her husband Rick Placone, who have been my senseis, until they had to shut it down, partially for COVID,” she said. “I was already training to be an instructor, and had gotten my black belt in 2018. I took it upon myself to open my business in July 2021 as a way of regrouping the members of the dojo who were still practicing.”

A corporate wine buyer for Trader Joe’s company for 53 years, Andress describes himself as a karate “student for life.”

Andress said he’s been studying the Shotokan form of karate since 1975 most of that time in Napa under the tutelage of the Shotokan Karate Academy.

He chose to stay on when Farnham took it over.

“I stayed on through the transition,” he said. “I’m a lifelong practitioner of Shotokan, which is all about the art. It’s not about being a bully ready to break heads; it’s about the art and about bare hands self-defense. I love it — the philosophy of it — and April is a very committed sempai (instructor) and hopefully we can keep the momentum going.”

Shotokan is a traditional style Japanese karate system, and “for the people who want the art and the understanding, Shotokan is a great vehicle,” Andress said.

Similar in some ways to other disciplines, Shotokan was founded in Okinawa in the mid-19th Century by Gichin Funakoshi, while Teruyuki Okazaki founded the International Shotokan Karate Federation (ISKF), and later brought the discipline to Japan, Farnham said. The younger man was a student of the founder. He died of COVID last year. His nephew, Hiroyoshi Okazaki, the highest-ranking black belt in the discipline, runs the organization now, she said.

April’s Dojo is presently a home-based and mobile martial arts school, though Farnham is working towards developing a permanent dojo space for the Shotokan Karate Academy of Napa.

The organization is “intended to preserve and share the art of traditional Japanese Shotokan karate for members of the ISKF and the greater Napa community,” she said.

Instruction is offered at Sempai April's home studio as well as other Napa area martial arts studios and fitness facilities.

Classes are available to youth and adults with opportunities for students to apply as members of the ISKF and qualify for belt rank testing in San Francisco. Sempai April, is a Sho-Dan level black belt under the ISKF, has been training for more than seven years and teaching for more than three, she said.

Originally from South Carolina, Farnham moved with her family to the Sacramento area when she was 4, and to Napa with David Morrison, her husband of 20 years, and their son, seven years ago.

“When we moved to Napa in the summer of 2014, I was looking for a new dojo for my son to join,” she said. “I found the ISKF, and my son and I joined at the same time.”

Farnham’s son, now attending high school in Napa high, had been studying a related karate discipline since 2012 because he expressed an interest, she said.

“He was in Kindergarten,” she said. “He was into arts like drama and acting and this form of martial arts is about body movement, expressing yourself, and coordination.”

Farnham’s son needed a boost in self-esteem, self-confidence, discipline and commitment, she said.

“I had a friend whose husband started a dojo in a related discipline and so I signed him up and he practiced for a couple of years. When I found the one here, it was the family supportive atmosphere; the getting stronger physically and emotionally and the gaining respect for others that attracted me. It’s not about competition. It’s about self-improvement.”

When offered an adult class, Farnham tried it out and immediately recognized the benefits, she said.

“I saw improved strength and how to carry myself,” she said. Having been plagued by some health issues, it turned out that this form of karate was just what the doctor ordered.

“I realized I could overcome many of the physical obstacles I was having by committing to this,” she said. “It’s not a cakewalk. It’s hard work. This discipline is about training regularly. There are high standards.”

She started her business “as a way to create a way to train in person again. We had been training on Zoom for months. But, the benefits physically, socially and mentally, are better in person.”

“I wanted to encourage my son to keep going. I realized at first it was a bit of a struggle for him, moving to a different city, so signing up as an adult, I was able to practice with him the first couple of years. I’d practice with him, train with him. I was substitute teaching and working at the library here then, and I realized it helped me be a better parent and a better teacher.”

Farnham said she worked at a local middle school library and as a volunteer interpreter for several area museums.

“If you had asked me 10 years ago if I’d be into karate, I would not have thought so,” she said. “But a lot of it has to do with the history of this discipline, and it plays into understanding the sport. The foundation and philosophy and creed about it. That’s one thing that attracted me. It’s about the creed:

“I’ve seen what karate can do in terms of transforming people’s lives,” she said.

“Their physical fitness, confidence and sense of self. And for me personally, being committed to the practice of karate has helped me discipline myself in all aspects of my life — I was able to go back to school and get my master’s degree in history. I wasn’t able to do that before because I had trouble juggling all the aspects of my life — job, school, being a mom. A lot of it was about being an older parent. It was hard. Physical fitness wasn’t a priority. Karate helped my discipline so I could focus on my studies.”

A good teacher, like Farnham’s, will identify your weaknesses and concentrate on improving those, she said.

Farnham said she recommends this training for anyone over age 7 — “from those who want to learn self-defense to those who are looking for a group fitness activity that has a philosophy and foundation emphasizing both physical and mental fitness.”

“This discipline is about trying to defend yourself and get away,” Farnham said. “It’s about learning to end a fight, not to start one.”

The Napa Valley Cricket Club is set to mark its 10th season Saturday with a marquee match at the Napa Valley Expo in downtown Napa. The match,…

April Farnham of Napa is the sole proprietor and instructor of Shotokan Karate Academy of Napa, known as Sempai April’s Dojo.