Plans to create a mini Oxbow Public Market-style complex at the former Food City shopping center in Napa have taken a new turn.

The project now has new a new majority owner, Joe Rossi of Napa.

On March 3, a Rossi company, 68 Whiskey LLC, bought into the project for $5.06 million, according to a deed filed at the county recorder’s office.

“I’m really happy to be the one that took over it,” said Rossi. “The stars lined up,” to make the deal happen.

With the help of his lender, “and Michael’s experience on leasing, it just seemed a good marriage,” said Rossi. “Everything worked in our favor.”

The renovation of the center will be refigured, said Rossi. According to Rossi, the original idea to create a destination featuring market stalls, an interior hall and artisan shops, “was too grandiose of a plan,” to pencil out financially. That left the project stuck, he said.

After Holcomb approached him, Rossi decided that he could revive the project, which is located at 1800 block of Old Sonoma Road.

He loves the design of the center, said Rossi. “The corner is a phenomenal looking piece of architecture.” The art deco and art moderne style “is a favorite period of mine.”

Plus, Rossi’s development company already does all of the construction and renovation work that needs to be done at the property, he said.

“I’m really excited about Joe coming in,” said Holcomb. “He brings a ton of experience.”

“He appreciates high-level design,” said Holcomb. “His buildings are beautiful. That’s what was needed with this project to bring this property back.” A lot of work has been done but there is more to complete “and Joe is very capable of doing that.”

Rossi is currently working on the renovation plans but that design will make use of the existing building and spaces but with new “elevations,” or storefronts, and architecture that is period correct, such as stainless steel and neon lighting, said Rossi.

His goal is to bring the neighborhood feeling back into the property.

“Were planning one restaurant hopefully on the corner,” said Rossi, “ideally we’d like a diner,” in the space once home to Family Drug.

“It’d be great to have a restaurant that would draw people all times of the day,” said Rossi.

Other tenants could include a pizza restaurant, coffee, a market, pilates studio or a gym, retail stores, a flower shop, etc., said Rossi. A barber, Olde Town Barbershop, has already opened in a separate section of the Food City property that faces Jefferson Street. A Mexican restaurant, La Hacienda Taqueria, will remain in the center, said Holcomb. An art gallery also recently announced it will open in part of the former Family Drug space.

In the past five to 10 years, the shopping center has languished from lack of attention and less than full occupancy.

The group announced plans to re-tenant, rebrand, and remodel the corner parcel into a new destination for both locals and visitors. It included a proposed market hall, like at the Oxbow, and incubator spaces for artisans.

Holcomb said that the project had been delayed because “It just took too much time for it to get entitled and through the city process and then pandemic hit and that was it.”

But today, “it’s going to happen. We’re getting leases done.”

Scott Goldie of Brooks Street said “We loved the vision we had,” but, “It was getting into a retail project in the absolute worst time in history,” he said referring to the COVID-19 pandemic.

“Joe is a very respected developer and has built some nice stuff in Napa and we thought the best thing to do would be a quiet sale to a very reputable guy.”

“We still have a lot of projects in Napa Valley,” such as the Wine Train, an affordable housing project on Soscol Avenue, a Wine Train hotel and depot on McKinstry Street and others, “and as we emerge from this pandemic,” those and other projects will move forward, he said.

Since the $6.8 million purchase, a number tenants have departed at Food City, including Family Drug, an independent pharmacy that had operated for 67 years before closing in November.

The center got its name from the original anchor tenant, the Food City market. It opened in the 1940s at South Jefferson Street and Old Sonoma Road as one of Napa’s first drive-up shopping venues.

In 2019, the iconic Food City letters were found lying on top of the center’s tower and subsequently reinstalled on the outside of the tower. Today, the neon glows at night like the beacon it once was.

What does Rossi say to anyone who thinks his plan to revive the Food City center won’t pan out?

“I wouldn’t invest this kind of money at this time unless I felt good about it. It will be something to be proud of.”’

Watch now: take a tour of Napa’s Food City shopping center as it is today.

Photos: Footage of a 1966 Napa auto race in a parking lot

All in the ‘Family’: Gracia starts new Napa business with old roots

As one door closes another opens — or so the saying goes.

Plans are afoot to retenant, rebrand and remodel the Food City center on Jefferson Street and Old Sonoma Road.

Apparently Jimi Hendrix, Paul McCartney and Napa’s former Food City center have something in common. All three were “born” in 1942. 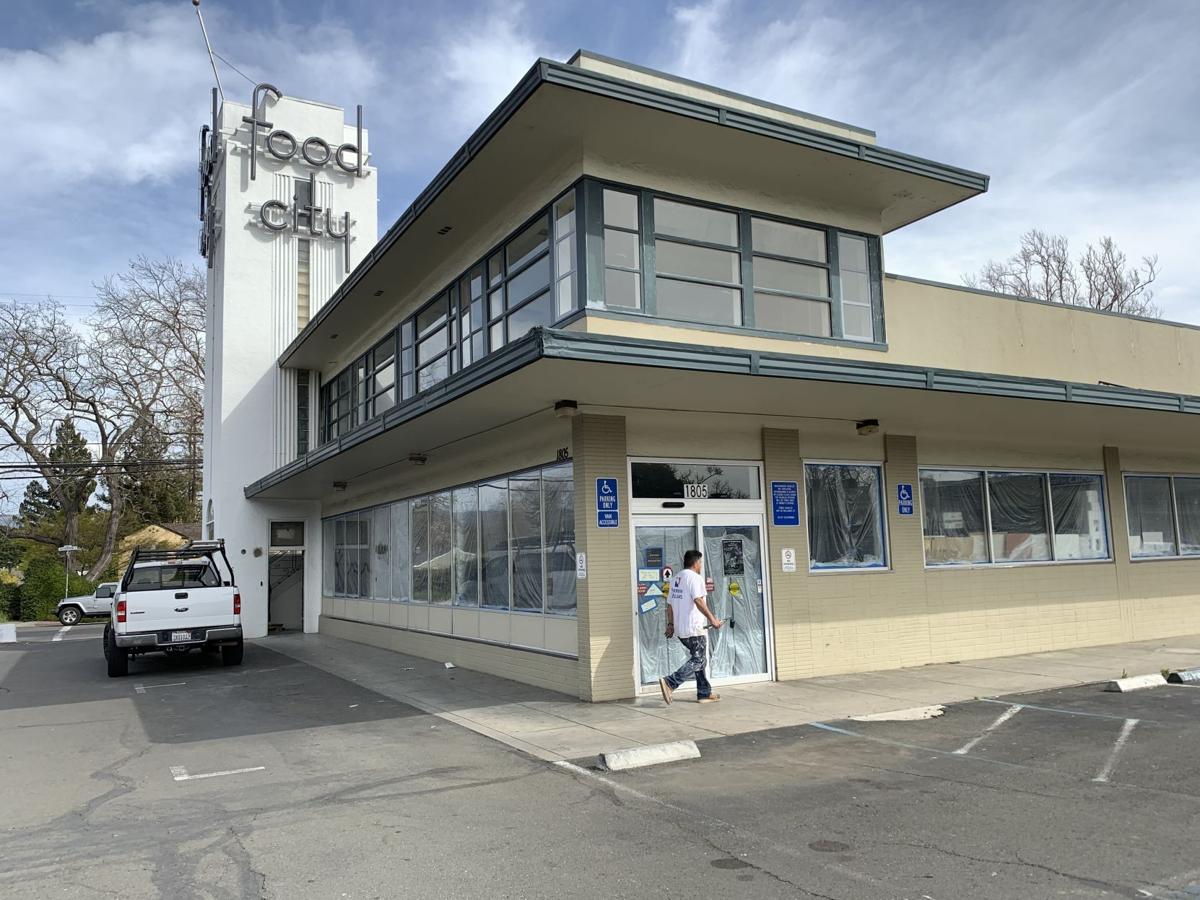 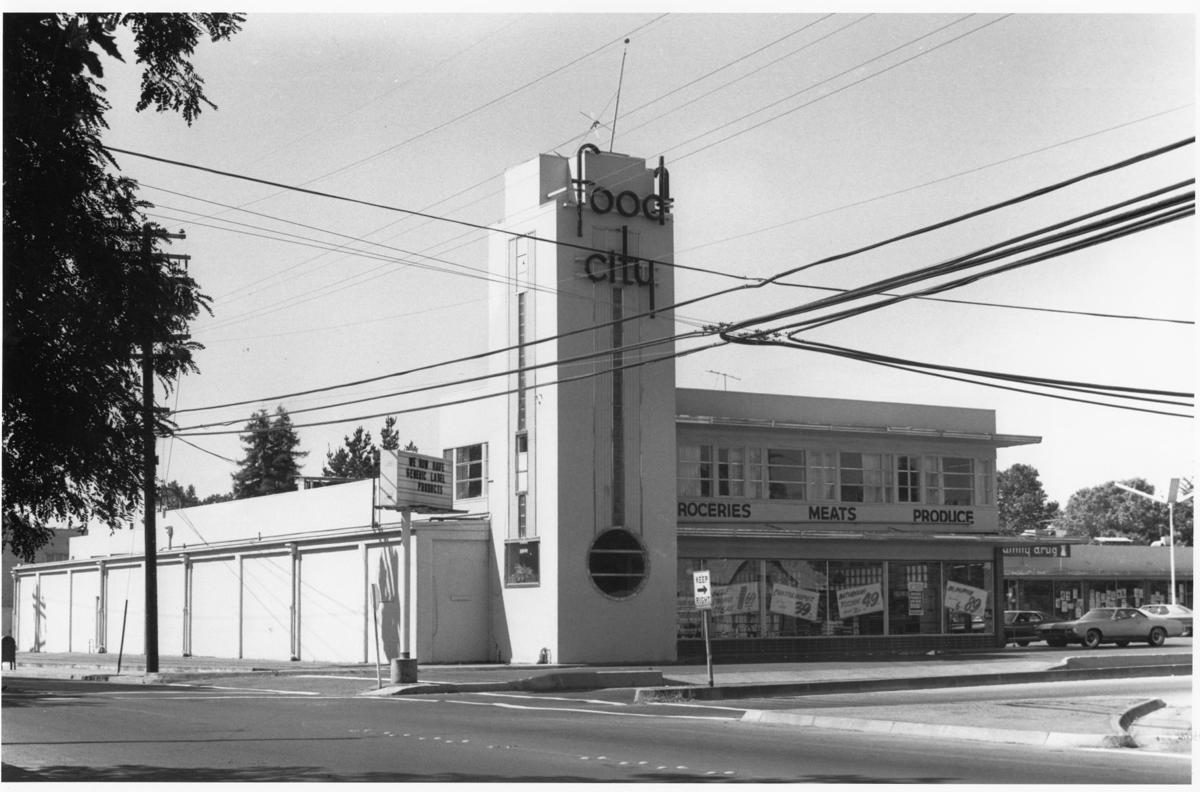