Become a Member
Read Today's E-edition
Share This
Napa's Williamson & Company: riding the wave of fashion changes
Share this
1 of 5 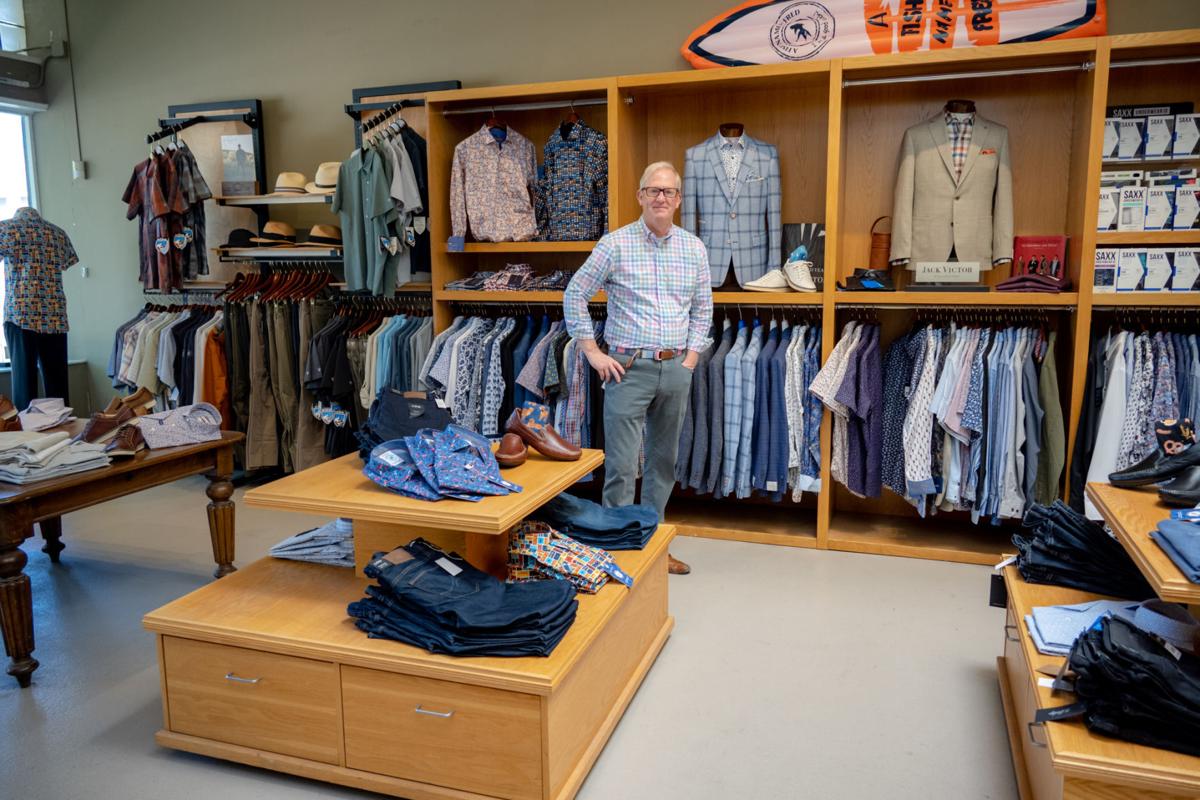 Jay Williamson, owner of Williamson & Company. The store has been in Napa since 1975 and is now at 1144 Main St. 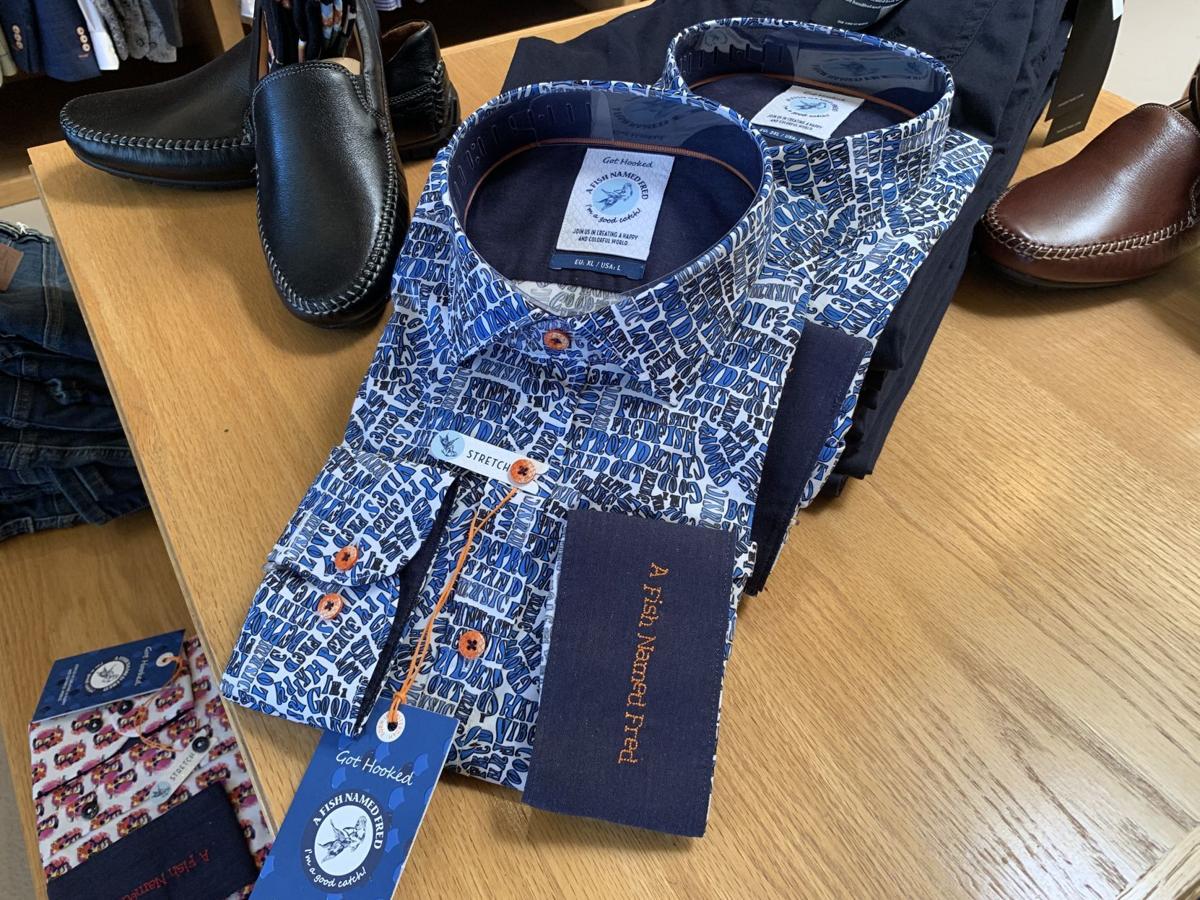 A selection of shirts from Napa's Williamson & Company. 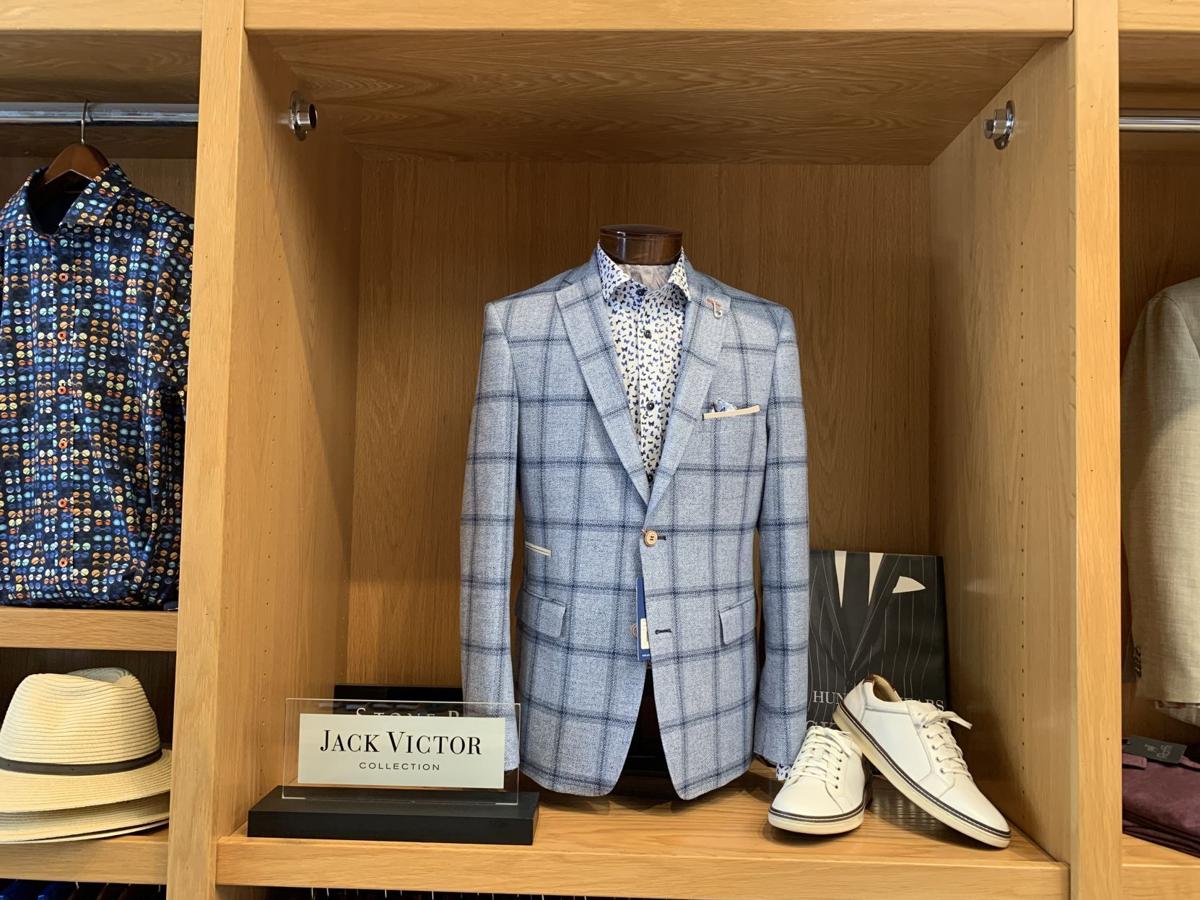 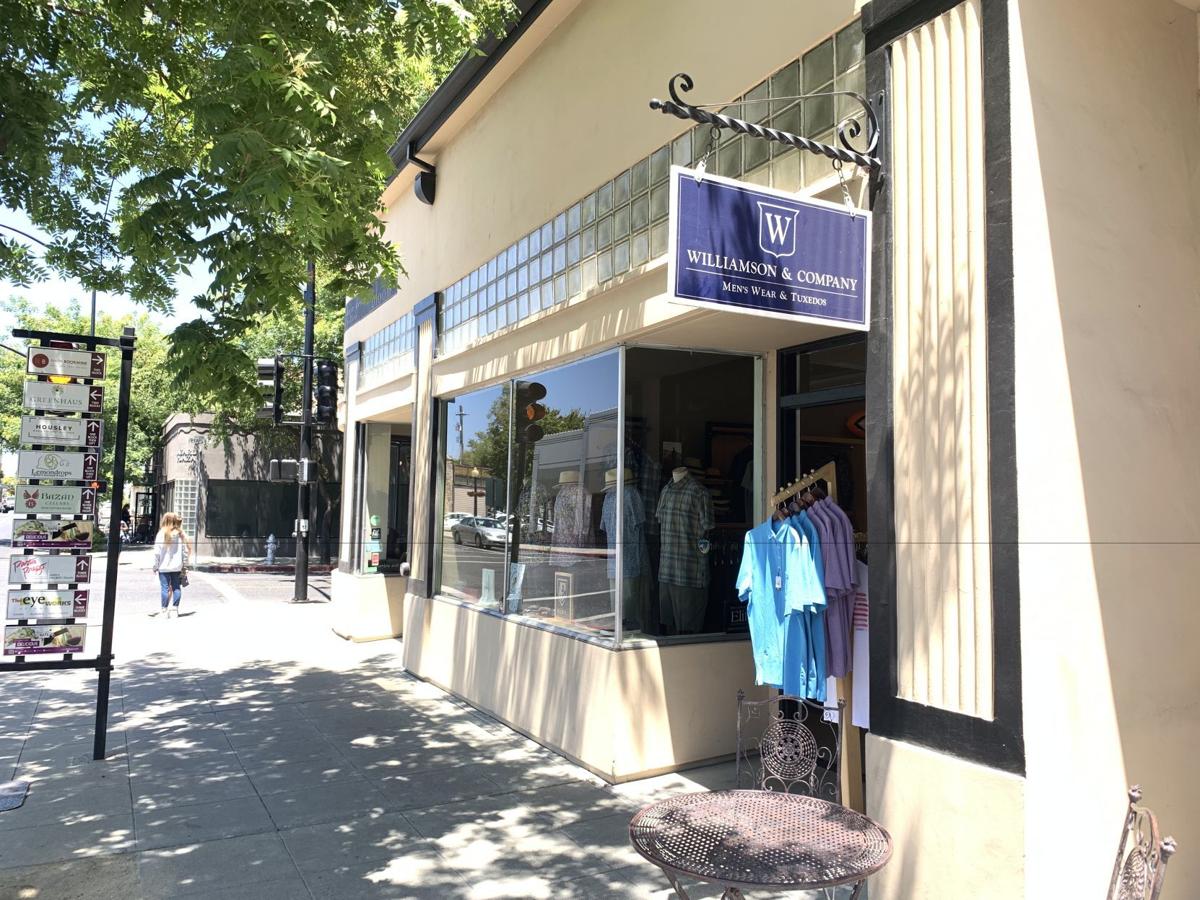 Williamson & Company is located on Main Street in downtown Napa. 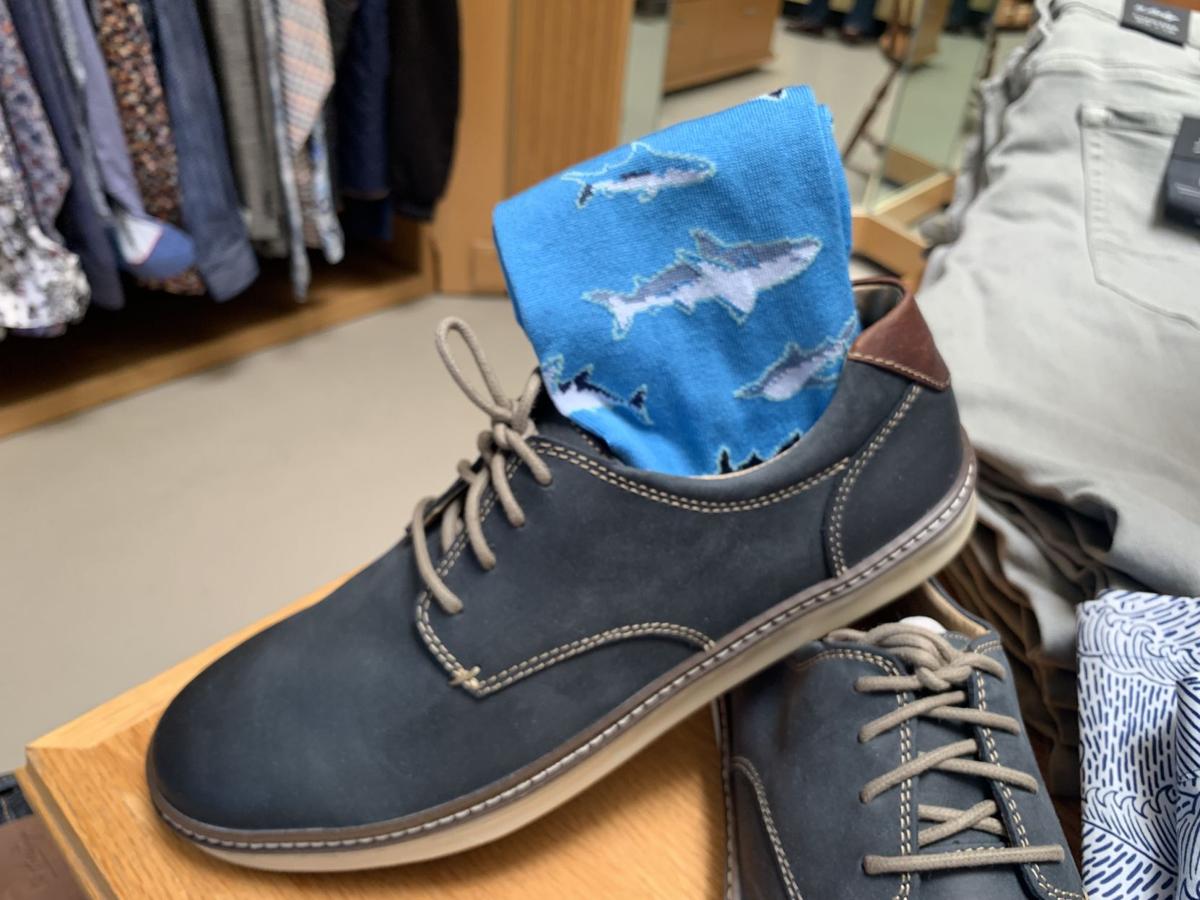 Williamson & Company, dressing Napa guys, and their feet, since 1975.

CRAIG SMITH for the Register

If anybody understands men’s apparel, it’s Jay Williamson, owner of Williamson & Company, the store his father opened in 1975.

Since it opened, a lot of things have changed in the menswear world, from what men wear to how they buy. One constant? A lot of men just don’t like to shop.

“A lot of customers originally come to us because they don’t have to leave town, but our reputation depends on how comfortable guys feel while they’re here and how they look when they leave,” Jay Williamson said.

“We are extremely soft-sell. If you don’t look good in something, we’ll tell you. We are definitely a local’s store and depend on word-of-mouth referrals, so we have to be good.”

While Williamson’s core customers have historically been men in their thirties to sixties, the store carries a number of lines that Williamson said skew younger.

“We carry a ton of Kuhl, which caters to all ages, as well as Johnnie O, 7 Diamonds, Olukai and Joes on the Nose. Conversely, we sell a lot of Jack Victor sports coats and slacks when dressing more formally is called for.”

Williamson said he likes to bring in a couple of new lines every season, to give the store a fresh look, but will only do so if it’s a quality line. “We stay away from things that will only last one season.”

He wants his inventory to be perfect but realizes that that’s like chasing the wind.

“We keep working the inventory, trying to be completely satisfied, but of course we never are.”

Williamson & Company is also the place for tuxedos and suit rentals, an area of the business that is starting to return.

“Proms and weddings were pretty much non-existent last year, but they are coming back.” Many of the weddings planned for this year are smaller than in year’s past.

“Just another example of change,” said Williams, a smile on his face.

Craig Williamson was the director of golf at Silverado Country Club. When he left, he took his inventory, from golf clothing and accessories for men and women, plus a few sportscoats, and with his partner Jack Doshier opened his store as one of the original tenants in the Grapeyard Shopping Center.

When the golf-related items were gone, he began selling clothes for the working professional, eventually with an inventory of 300 suits. He opened a second store in St. Helena, but closed it Christmas Eve, 1993, to concentrate on the Napa location.

Son Jay left Napa for college, settling in the East Bay where he managed a Gap Store. He moved back to Napa and went to work at the store in 1994. In 1995, his dad’s partner had a heart attack, and Jay took over day-to-day operations.

He bought the store in 2003, changed the name, dropping “Craig” to make it “Williamson & Company,” and moved it to Downtown Napa the same year (he was the last original tenant in the Grapeyard, said Jay).

By that point, men’s fashion had begun to change in many ways.

“In the early 2000s, men began to wear Tommy Bahama and could leave their shirttails out.” For a few years, the island look was the rage, and Williamson carried the whole line.

“Most businesses adopted casual Friday’s. By the time we moved downtown we were down to 100 suits.”

Williamson & Company still carries a good selection of tropical wear, as well as shoes, jeans, casual and dress slacks, belts, socks, underwear–everything you would expect in a quality men’s shop.

Also changed over the years is the way people shop. Prior to the Great Recession, people’s shopping patterns were predictable. Businesses could count on a certain percentage of business coming on Wednesday, for example, and could schedule staff accordingly.

“Now we take it day-to-day. We may have a slow Saturday, and a really busy Wednesday morning.”

Part of that may be due to the increasing number of mid-week visitors Napa gets, which allows Williamson & Company to bring in a different inventory mix.

“More foot traffic allows us to bring in a greater selection, which benefits our locals.”

And while Napa has always been a good place to do business, it gets better all the time.

“It’s good to be in a town where things are moving forward. Napa is not a stagnant town. There are new stores opening all the time.”

Williamson still enjoys retail and would encourage anyone who is interested in getting into the business to do so, carefully.

“You need to find your niche, something you love, and keep expenses down until you are established.”

From the looks of things, people are following that advice. “There are really good shops opening up downtown. Retail here gets better and better.”

Williamson & Company is at 1144 Main St., and is open daily. Stop in – you’ll probably walk out looking better.

Craig Smith's Downtown Talk: Events are back in downtown Napa

Downtown Talk: Events are back in downtown Napa. Craig Smith has the details.

Jay Williamson, owner of Williamson & Company. The store has been in Napa since 1975 and is now at 1144 Main St.

A selection of shirts from Napa's Williamson & Company.

Williamson & Company is located on Main Street in downtown Napa.

Williamson & Company, dressing Napa guys, and their feet, since 1975.