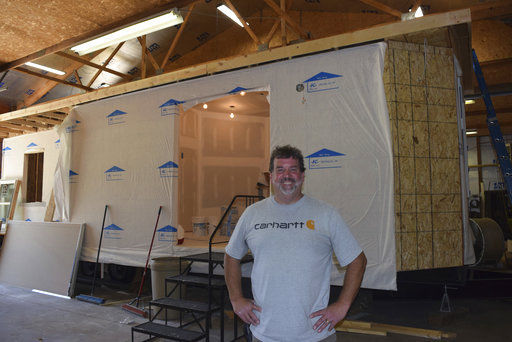 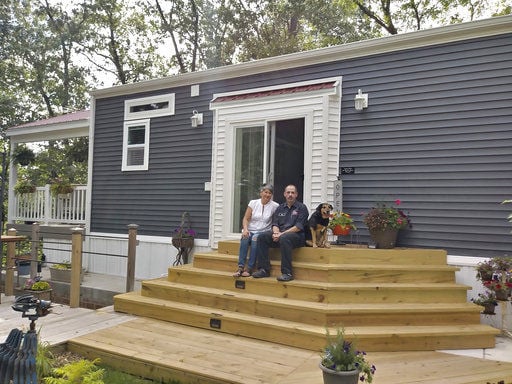 For 27 years, Pearl Lake has been buying 400-square-foot park homes and then adding room additions in its recreational neighborhood, open May 1 to Oct. 15. Making the tiny homes has become a perfect opportunity for a business devoted to providing recreation and unique living spaces.

Many tiny house hunters wanted hassle free-lifestyles allowing them to focus on their real passions in life — traveling or exploring outside of the home.

As tiny houses were growing in popularity, Severson said Pearl Lake was still battling its way back from the recession. In addition to people buying fewer travel trailers in the economic downturn, the business had to begin competing against a growing number of big RV dealerships. Building tiny homes, Severson figured, might be a good niche market for the business.

Severson said the tiny homes — which typically range from 100 to 400 square feet — were basically park models, except they were being made smaller with more innovations. While the TV shows tended to show younger people, Severson had inquiries from people thinking about retirement.

He built his first Pearl Lake Park Model for Ron and Laurie Slaughter of Harvard, Illinois. It was to be 400-square-feet — the largest size allowed in campgrounds.

The Slaughters said they wanted a Pearl Lake Park Home so that once they retire they can stay in it six months out of the year at Sugar Shores RV Resort. With their kids grown, they said they didn’t want a full extra house to heat, cool and not use. However, they still wanted the feel of home.

“I wanted to be comfortable and wanted to have house-like accommodations. I didn’t want to have the traditional camper-style windows and slide-outs and walls you can’t put a nail into,” Laurie Slaughter said.

The Slaughters said they appreciated how Severson was open to all of their ideas, and the Slaughters met with him every weekend during the two months needed to build the home. Severson was able to use barn wood to craft a front wall, two sliding doors and a kitchen island. In a recent interview, the couple said they were thrilled with the home. They were already on the road, traveling to Sugar Shores to stay at their beloved tiny house for the weekend.

“It’s people with heart who built this for us,” Ron Slaughter said. “They are building happiness.”

Following success with the first home, Severson drew up his own floor plans for the second home. The country-style home will feature shiplap siding, a small covered porch and lots of cubby holes for storage. It will be set up at Pearl Lake for sale. Currently under construction, it’s expected to be finished in July. The average price for the Pearl Lake Park Models will be in the $70,000 to $80,000 range.

Severson has also been contacted by a man in Prairie du Chien, Wisconsin, who wants him create a tiny home attached to an 1800s school house on his property. Severson is building the home in two separate pieces to be attached to the school house. The 588-square-foot home will be finished in early winter and will be the man’s retirement abode.

Severson said the nearest tiny house maker he is aware of is in Rice Lake, Wisconsin. He learned of it when one camper brought her tiny house to Pearl Lake.

Save money on holiday shopping with these simple tips

Save money on holiday shopping with these simple tips