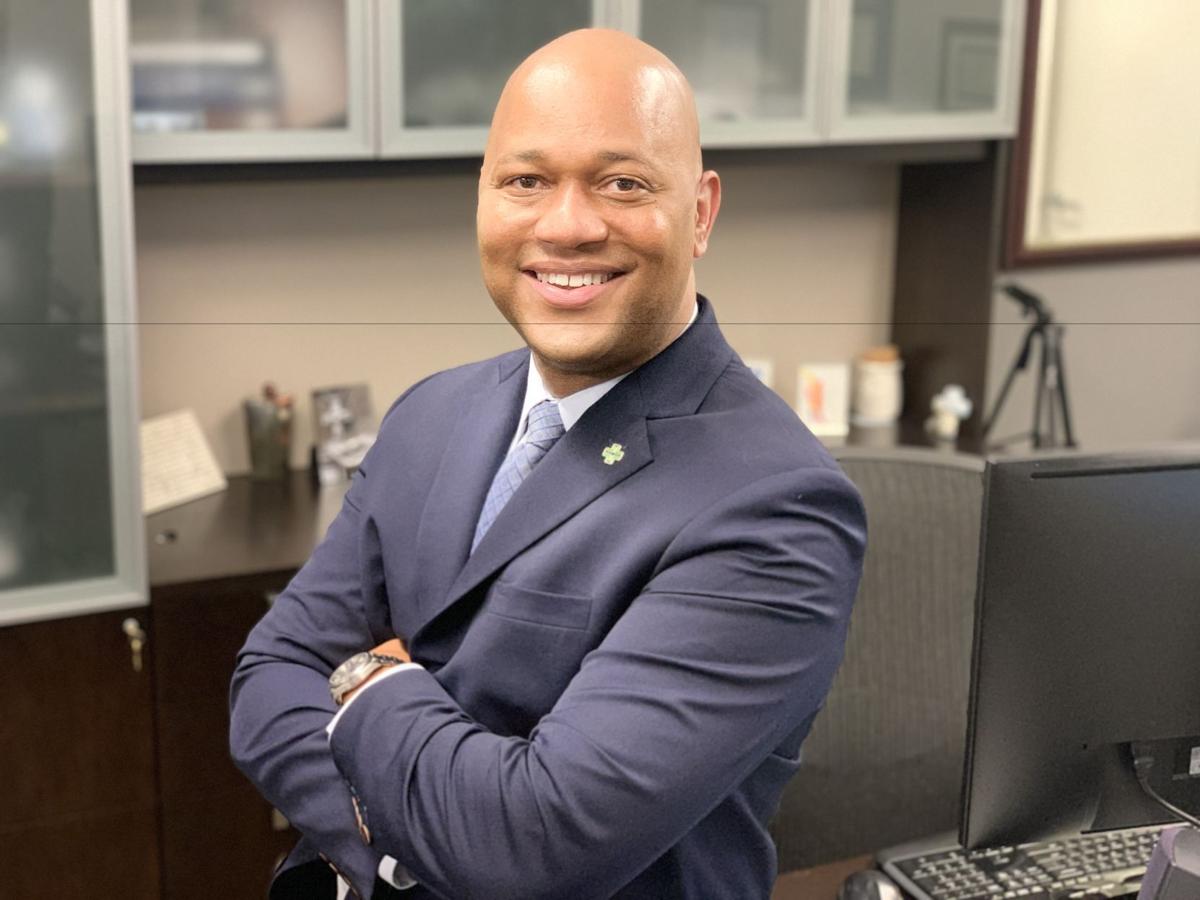 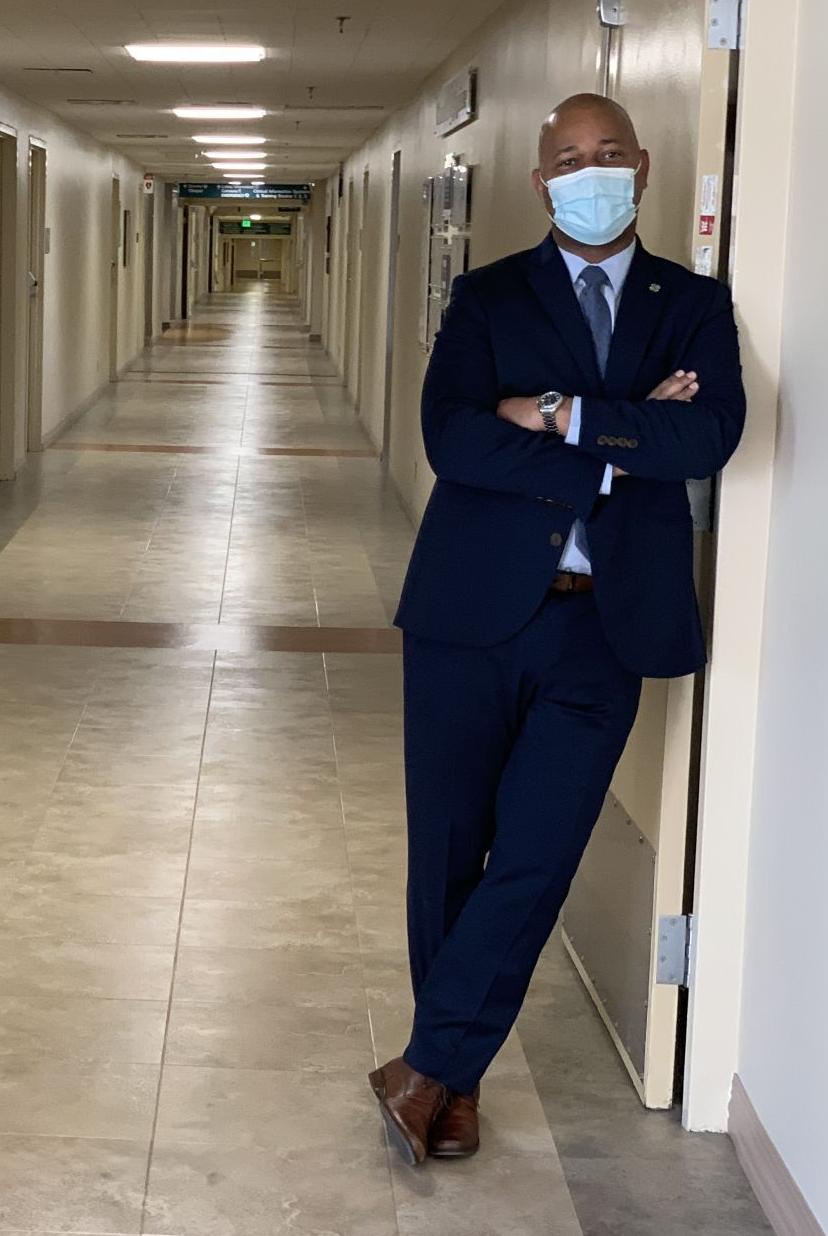 As announced in June, Terry Wooten of Napa stepped into the position of Providence Queen of the Valley Medical Center Chief Executive, in July and said his decades-long career prepared him perfectly for the job.

In this role, Wooten will be responsible for the hospital’s operational effectiveness and performance, officials said.

The Southern California native who moved to Napa in July has been with St. Joseph Health and Providence Hospitals, for more than 25 years, and takes over the reins from Larry Comes, who was Chief Operating Officer from 2015 until 2017, when he became Chief Executive, Queen spokesperson Christina Harris said.

“I was the Chief Operations Officer for Mission Hospital, Mission Viejo and Laguna Beach for five years before this,” he said, adding that five years is likely the average stay in a position at this level in this industry, though it varies by facility.

Before that, Wooten was VP for clinical supply chain for St. Joseph Health System Office, and earlier held a variety of roles at St. Joseph Hospital in Orange, California, including director of business & materials resources, surgical services, and endoscopy.

However, his very first job with the St. Joseph organization was working the night shift as an admitting clerk in the emergency room. "I was 23," he said, and still in college. "I learned a lot there."

Wooten went on to earn his master’s degree in healthcare administration from the University of Southern California.

So far, Wooten said, he’s thrilled to be in Napa.

I am absolutely loving it,” he said. “The hospital, the people here, the community. Napa has embraced me.”

Wooten said he’s unable to detail any major changes he may implement because he’s still in the information gathering stage.

Among the issues for which Wooten said he is developing strategies, is how to deal with the declining reimbursements and overall pressures facing the Queen and the healthcare industry in general.

“Like every system, we are looking at ways of being more efficient and cost-effective,” he said. “We’re doing well, but are always looking for ways to be more efficient. Our caregivers are always mindful of that, too, and are always suggesting how that could be done.”

Wooten stressed he plans to focus on growth and filling community needs, and that he has no immediate plans for more layoffs, department outsourcing or consolidations.

“Reductions are not in the conversation,” he said.

Officials are partnering with the Queen’s physicians “and looking at the services we’re offering and looking at technology and other solutions, and identifying what would benefit the community,” Wooten said. “The Queen continues to be Napa’s hospital, and we will be here for the community, making sure we have the services available when needed. We’ve been doing that for over 50 years and will continue to do so.”

“In September, the Winiarski Family Foundation donated $5.1 million for our Stroke and Diagnostic Center,” Wooten explained. “We will build out the stroke center within our imaging center, adjacent to the Emergency Department, and bring in the latest and greatest in technology.”

The center will be a great enhancement in providing critical care for the 30,000 trauma, stroke patients, and patients with emergent needs who are treated in the Queen’s ED annually, officials said.

“We are eternally grateful for the philanthropy of donors like the Winiarski family,” Wooten said at the time. “Their gift will reduce the time it takes to determine the extent and complexity of injuries and begin treatment. This state-of-the-art suite signals to the community we are committed to providing the highest quality of care to all our community members.”

The Queen was also recognized recently for maternity care by California Hospital Compare for having lower C-section rates than the statewide benchmark, Harris said. It’s a goal hospital officials have been working toward, she said.

“It’s part of a strategy, looking at births and the quality of care in our labor and delivery unit,” Harris said, adding that this is the Queen’s first time making this honor roll in at least five years.

“It’s very important… women have better outcomes when babies are delivered vaginally, and we’re glad the Queen is able to make that happen,” she said.

In 2015, the California Health and Human Services Agency began recognizing hospitals that meet the 23.9 percent statewide target of C-sections for low-risk births through its Maternity Honor Roll.

Providence Queen of the Valley Medical Center was among the honorees, Harris said.

“The hospital was one of 124 hospitals recognized for meeting or surpassing the statewide target aimed at reducing births via C-section in first-time mothers with low-risk pregnancies. We are incredibly proud of the care we provide to mothers and babies from our Intensive Care Nursery.”

Wooten said that working for a Catholic organization driven by a mission is especially meaningful to him.

"Have there been stressful days? Tough days? Absolutely.  But the thing that always brought me back is the reminder of why I do this. It gives me a sense of meaning and purpose. It's more than just a job."

10 Questions: Graciela Calderon helps patients at the Queen feel better in her own way.

Biz buzz: Napa's Queen of the Valley has been recognized for stroke care and also received a $5.1m gift.

Biz buzz: Who's the next leader of Napa's Queen of the Valley Medical Center? Click here to find out.

What's in a name? Napa’s Queen of the Valley Medical Center to get new Providence signs

Napa's Queen of the Valley Medical Center will get a new addition to its name: Providence.

Biz buzz: Napa's Providence Queen of the Valley named one of 250 ‘best hospitals’

Biz buzz: Napa's Providence Queen of the Valley named one of 250 ‘best hospitals’ in the U.S.

10 Questions: Napa native Ruiz is a 'rebel' with a cause

Napa's Queen of the Valley CEO to step down; replacement sought

Larry Coomes helped guide Queen of the Valley during five eventful years, including a year of COVID-19.

Napa epidemiologist Gianna Peralta is at the front lines of the COVID-19 pandemic.

Biz buzz: Trinchero Family Estates has provided a $100,000 grant to the Queen for its OB/NICU pavilion.

Counseling, fitness, nutrition, massage and other care is available at the Queen's Synergy wellness center.

This Napa esthetician's art is as plain as the brows on your face.