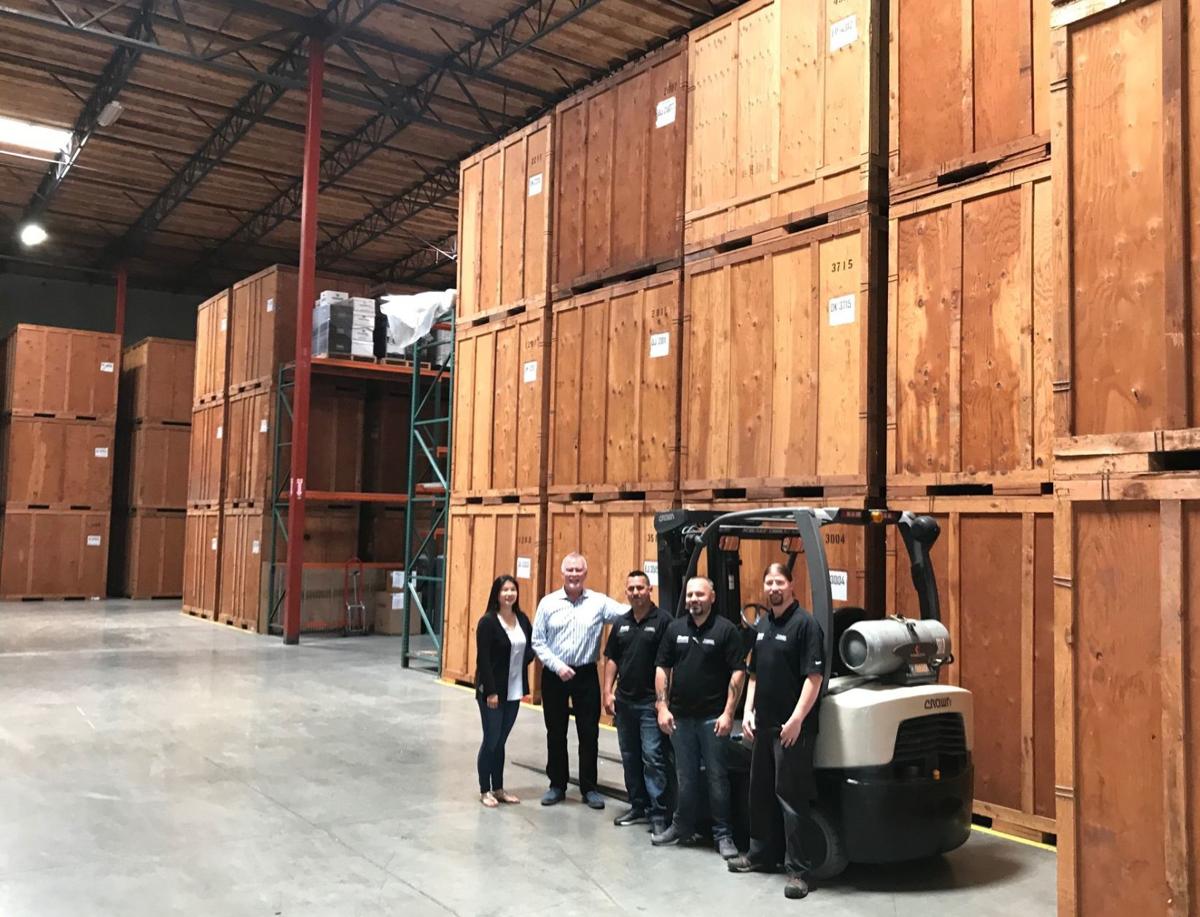 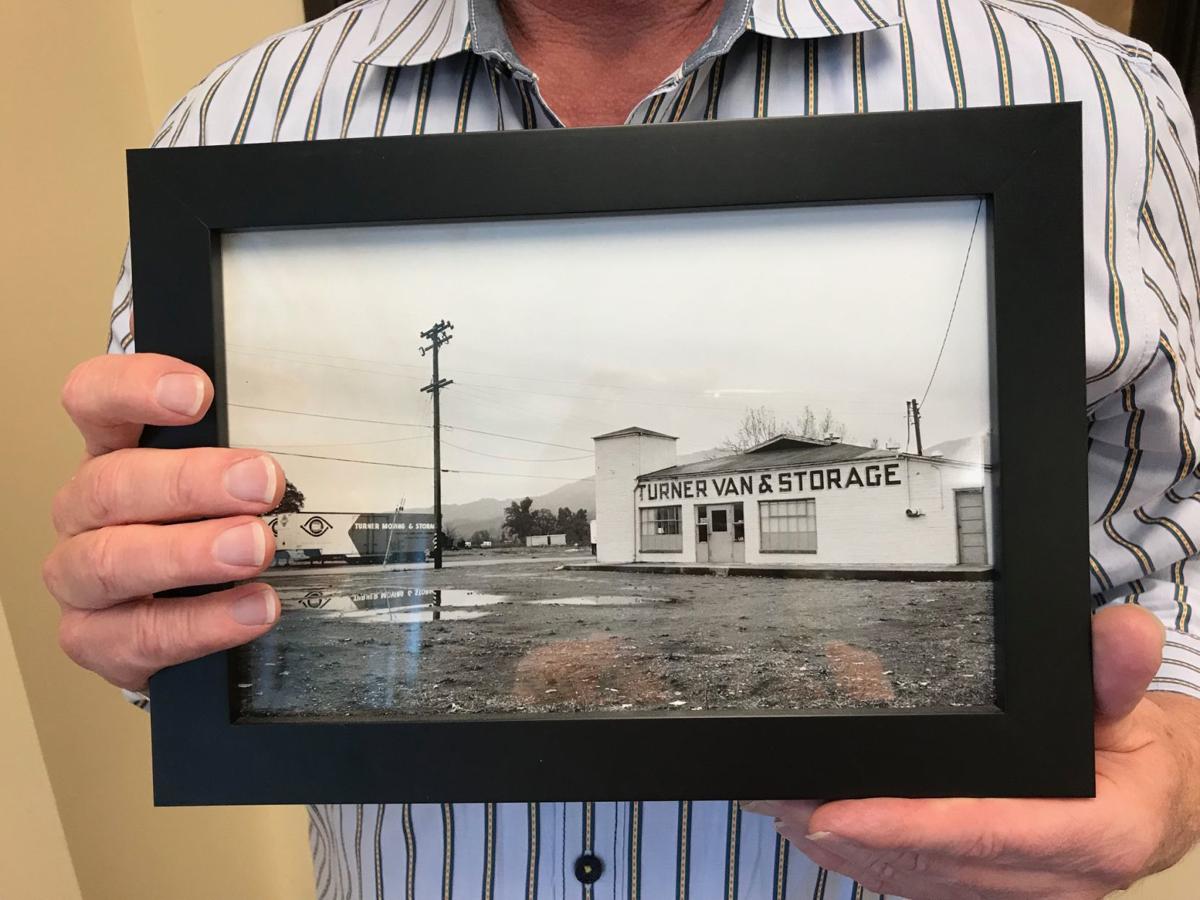 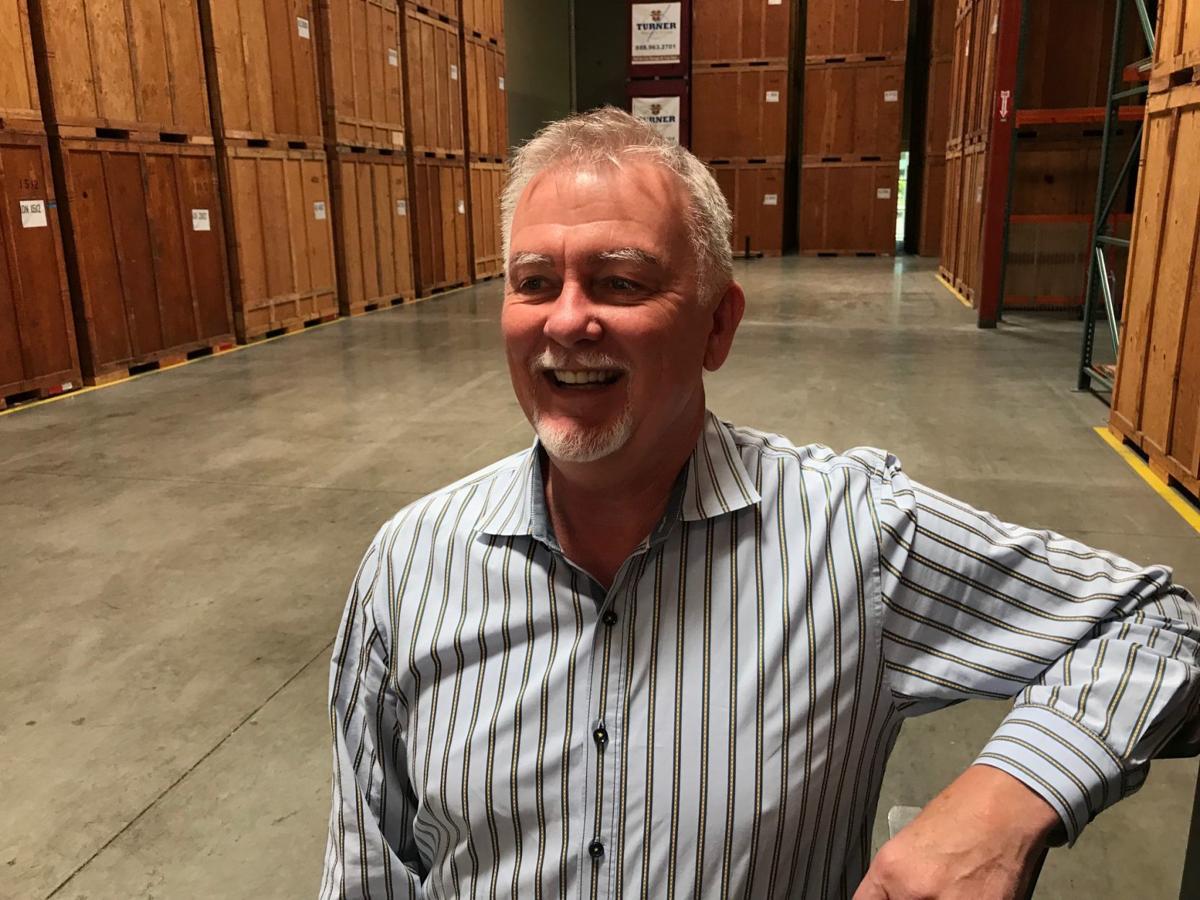 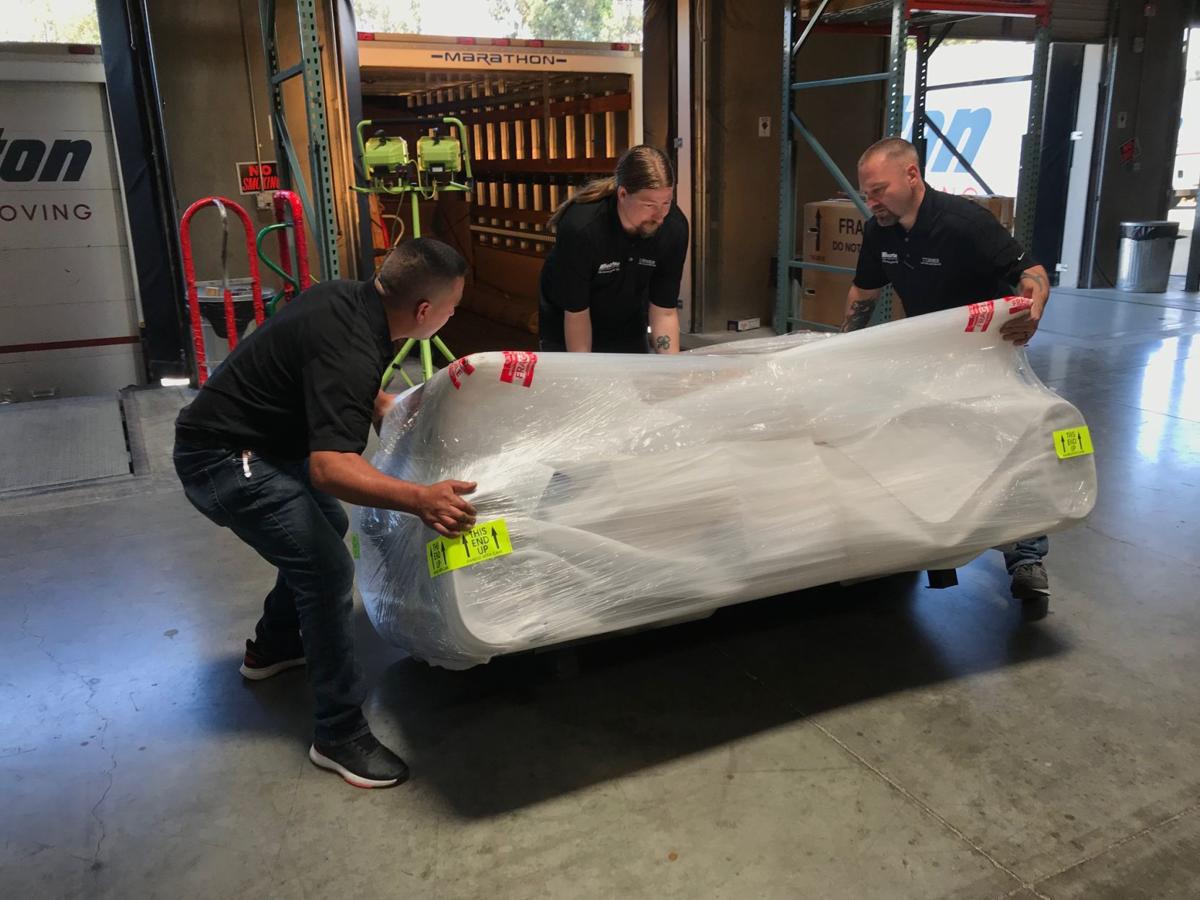 Juan Garcia, Cody Dodd and Brandon Roth move a piece of furniture into a van. Underneath the protective wrapping is a couch made from the back end of a Cadillac.

The family business, founded in 1949, has assisted with residential and commercial moves for tens of thousands of customers.

“Moving can be just as difficult as divorce,” said Randy Turner, CEO of Turner Moving & Storage.

However, “We’ve been helping people move a long time. We know how to talk people through,” and deal with stressful times that come from relocation and renovation, he said. “We make sure everyone and everything gets taken care of.”

“People who dread moving don’t have to be frightened of it when we do it,” she said.

Turner Moving began as a freight company. At first, the company first had only two trucks, a driver and a bookkeeper.

By the late 1950s, Turner went into full-service moving.

The term “full-service moving” refers to a comprehensive service. It involves supplying packing materials and supplies, packing up belonging, disassembly and reassembly of furniture, truck loading and unloading, transporting belongings, unpacking and disposal of packing materials.

As the company grew, the company moved the business to the city of Napa. Randy became CEO in 2001.

Three of his children — Shalyn Turner, Scott Turner and Carl Turner — chose to work at the company as well, he said.

Randy said his company has been part of how Napa County has changed over the years and economic trends.

“When I started, we helped many people move into the area,” he recalled.

“Now a lot of people are moving out. We see many former residents moving to areas where taxes are lower, like Oregon, Florida, Montana, and Texas,” said Randy Turner.

Randy Turner said his experienced staff, which includes his foreman of 20 years, Brandon Roth, knows how to counsel customers through all the steps of moving.

“We have our own drivers move a customer if they’re staying within 100 miles,” said Shalyn.

The company is an agent for Wheaton (World Wide Moving) and uses those services for anything crossing state lines. Whether moving locally, within the state, out of the state, or internationally, Turner’s Napa office is the customer’s main point of contact, Shalyn said.

Randy noted that Turner Moving also offers records management, including shredding. They started that part of the business in 2007.

Shalyn said the company makes it a point to talk with customers in person.

Many moving companies now arrange the details through apps on the phone, she said. “That’s not personable. We do estimates in person and talk our customers through the process. We try to use the same people to help them move with every step,” said Shalyn.

All of Turner Moving’s staff have been background checked and are full-time employees, officials said. “This is very important to us because our workers are in people’s homes every day,” said Shalyn. “We want to make sure they are trustworthy.” Turner employees tend to stay with the company long term. The least senior employee today has been with the team for seven years, Shalyn said.

Turner Moving & Storage has received the annual “Best of Napa” award in the Moving Services category for five consecutive years from the Napa Award Program.

“We’re very proud of this because this is not something we pay to be a part of. It’s something that our customers think about us,” said Shalyn.

Unlike some local storage companies, Turner Moving & Storage does not store wine. However, the company often receives and stores items for residential and commercial designers and hotel remodels.

The company, located at 1570 Airport Blvd. in Napa, keeps furniture and other objects in its 26,000- square-foot warehouse near the Napa County Airport.

“Often we store furniture until a project like a hotel is finished,” said Randy. “Then we deliver it so that the hotel can open on schedule. We also help individuals who are renovating their home store furniture. We wait until they are done with a remodel or add-on. Then we deliver large items like beds and dressers that they might not have had space for earlier,” he said.

Randy had this advice for choosing a moving company— make sure the mover is licensed.

“If a mover is operating as an illegal business, a customer has no recourse if there are any problems,” he said. “If an unlicensed mover gets injured while moving someone’s belongings,” the consumer can be liable.

The busy season for moving is typically March through November. “It’s a good idea to contact your mover early,” he said.

Greene’s Cleaners, the venerable dry-cleaning company in the Napa Valley, celebrates its centennial anniversary in April, marking a century of…

Al Gillette didn’t start out to be in construction, let alone have his own business — Alpine Construction — for 40 years and counting.

Feeling content as they celebrate their first decade in business, Dan Cocilova and his wife Candy, owners of the Arbor Guest House in Napa, ar…

Napa Sew & Vac has reached 40 years in business this year, a landmark that came despite many hardship and trials over the years for owner …

Kelly Crane said the inspiration to become a financial advisor came from his own life experience.

Ten years ago, on a packed Super Bowl Sunday at the Oxbow Market, Attorney Matt Eisenberg happened to sit next to Chef Morgan Robinson.

Juan Garcia, Cody Dodd and Brandon Roth move a piece of furniture into a van. Underneath the protective wrapping is a couch made from the back end of a Cadillac.