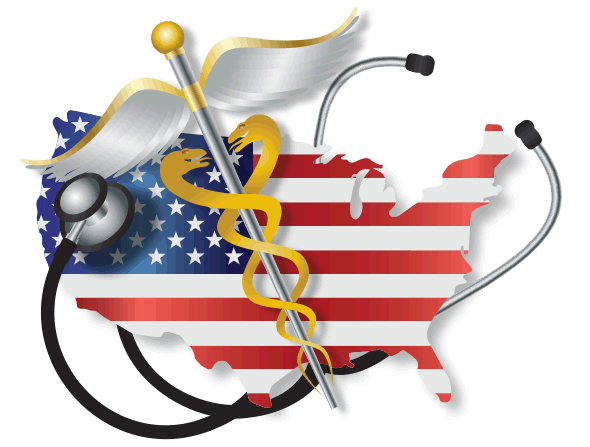 The USA is among the unhealthiest of all industrialized nations. We spend more money per person on healthcare than any other country yet we have some of the worst statistics. Today's Doctors treat symptoms instead of getting to the root cause of disease. The only line of defense for Chronic Illness in this country is a FDA approved Drug based treatment. The FDA on the other hand triggered the opioid epidemic, approves drugs with DEATH as a side effect and has recalled over 200 approved drugs or devices since 2016. More then 5 per month. The reason for many of the recalls is contamination in the Chinese or Indian Factory. The FDA also approved the Merck Drug Vioxx which killed as many as 500.000 people and you never heard a word from Main Stream Media. Having our drugs made in a foreign factory in this day and age is Ignorant, Careless, and Dangerous.

We live in a sick nation. Children born after 1990 are arguably the sickest generation of American children in the history of our country, with pediatric rates of some chronic conditions that are the highest in the world, for example the Center for Disease Control (CDC) reports that 1 in 6 children born today have a developmental disability such as Autism, ADD, ADHD or a learning disability. According to the United States Department of Health and Human Services (HHS) reports that 54% of today's children have a chronic illness like Rheumatoid Arthritis or Juvenile Diabetes that they will have for their entire life. If the current trends continue, over half of the children born in the year  2032 will fall under the Autism spectrum, with 80% of boys.

Heart Disease and Cancer are the Top two killers in this Country, The Cancer rate a century ago was 1 in 10,000. Today 40% of the American population will get cancer sometime in their life time. An estimated 1,762,450 new cancer cases will be diagnosed this year in the US, and 606,880 cancer deaths. The World Health Organization (WHO) reports that by the year 2035 25 million people world wide will be diagnosed with cancer, and an estimated 8 million deaths. This is a clear indication we need to rethink how we treat cancer. The 3rd leading cause of death in this country is Medical Error. It is estimated that as many as 440,000 people die each year from Medical Error. 300,000 of those died from a prescribed drug, and 123,800 of those people died from a side effect of a prescribed drug. The Doctor, Pharmacy, and Drug Manufacturer all profited from those deaths leaving the families of the victims with nothing.

Pharmaceutical companies have managed to lobby their way into government, wage war on natural healing, and purchase main stream media with an estimated 4.5 billion dollars a year in advertising. There are currently 1440 big Pharma lobbyist in Washington DC. More then Congress and Senate combined. They contribute about $280,000,000 which is double what the next biggest contributor gives which is Gas and Oil. A new Harvard study reveals Institutional Corruption of Pharmaceuticals and how FDA cannot be trusted with public safety. Big Pharma spends 20 times more money on marketing their drugs then they do on research and development, which includes safety studies. The CDC has forged documents in order to get a Vaccine released with evidence presented by whistle blower and CDC Scientist Dr. William Thompson who admitted he had great shame because of lying about the MMR vaccine. The 4 companies that manufacturer vaccines are all convicted fellons. The chronic illness rate in our kids in 1989 was 12.8%. A new vaccine schedule was introduced in 1990, and now there are 75 mandated vaccines, and the chronic illness rate in our children is 54%.

Our mission: Improve our stand in the world on Health and Healthcare. Expose Corruption in our Medical and in our Government. Challenge Government and Media to act and report. American Health Defense will publish an annual report outlining the overall health of our country, why we are so unhealthy, and steps to take to work on becoming one of the healthiest countries in the world We are also working on a health database to assist those suffering from Chronic Illness. We will continue to gain following, and in the process support groups like Children's Health Defense, Moms Across America, March for Medical Freedom, US right to Know, and wounded warrior. If you love your children, and care about your health and the current and future health of your family, please contribute to our cause, and stay tuned. We will make a difference. americanhealthdefense.com

Here are a list of events happening in Napa County Friday, Oct. 25 to Sunday, Oct. 27. These…