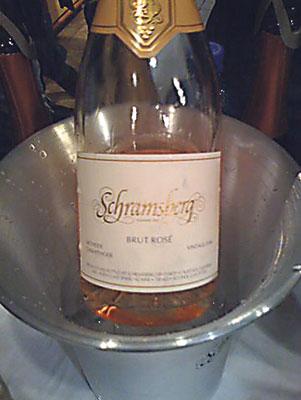 The Schramsberg Brut Rosé, $40, was a popular local offering from the Upvalley sparkling winery. 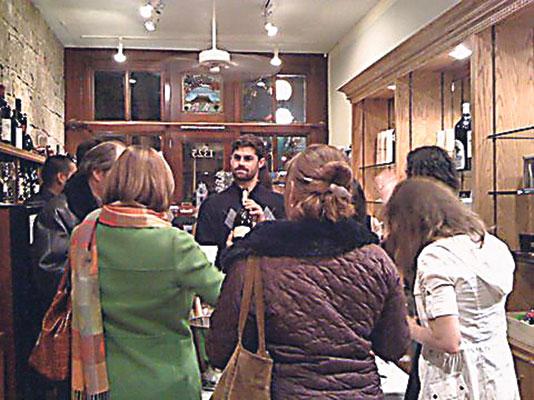 There’s a famous quote by Lily Bollinger, grand dame of the famous Champagne house bearing her name. She said, “I only drink Champagne when I’m happy, and when I’m sad. Sometimes I drink it when I’m alone. When I have company, I consider it obligatory. I trifle with it if I am not hungry and drink it when I am. Otherwise I never touch it — unless I’m thirsty.”

Closer to home, in a conversation with world-renowned wine authority Karen MacNeil, an Advanced Certified Wine Professional, author of “The Wine Bible,” and chairman of the professional wine studies program at the Culinary Institute of America at Greystone, I asked her what beverage she favors personally — and she commented that it’s the glass of Champagne she treats herself to, daily.

We typically think of Champagne — properly sparkling wines made only in the Champagne region of France or sparkling wines, made everywhere else, including the Napa Valley — as beverages relegated to the holiday season, to wedding receptions and toasts, and the very occasional christening of a ship or a boat. In fact, more bubbly is sold at this time of year than the rest of the year combined.

That said, sales have been down recently, worldwide, as the recession takes hold, and people skimp on high-end alcoholic beverages of all kinds. The New York Times reported in November that Champagne exports “were off 43 percent” over the prior year, and suggested that Americans were “clearly trading down,” since sales of cheaper sparkling wines, such as those from Spain and Italy, were slightly up, about 10 percent.

The good news, though, inside the bleak, is what the New York Times pointed out earlier this month. Declining sales created better opportunities for tasters, with prices of entry-level bottles of Champagne dropping. While last year might have seen nothing below $40, this year, they said, “If you can afford to spend $30 to $40 a bottle on Champagne, more or less the entry-level price nowadays, you may find yourself with some seriously good wine.”

The third annual “Champagne Tasting Heaven” was held Dec. 10 at the St. Helena Wine Center. The store was brimming with activity, as distributors and their representatives manned six tasting stations and poured various bubblies for 100 or so attendees who’d paid $40 apiece to sample their wares.

There were 40 Champagnes and sparkling wines (from Austria, Italy, Spain, Australia and the U.S.), split about evenly between French and other. Sparkling wines from the U.S. were predominantly from California, although a few were also from Oregon and even New Mexico.

Prices ranged from a low of $11 (for an Australian sparkler named “Innocent Bystander Moscato Rosé”), a cluster around $18, to a high of $140 for the Alfred Gratien Cuvee Paradis Brut Champagne.

For my part, though I sampled many different offerings, I found myself returning, most approvingly, to the Schramsberg station, where they were pouring the 2006 Blanc de Blancs Brut ($30), the 2006 Schramsberg Brut Rosé ($40), and the 2001 Schramsberg J. Schram Brut ($100).

My absolute favorite, Schramsberg’s Cremant Demi-Sec, served by presidents Reagan, Clinton and Bush Sr., was not being poured, but an Italian offering, the Vietti Moscato d’Asti from the Piedmont region of Italy ($18) tasted like a lower-end, diluted version of what I like in the Schramsberg, with flavors of peaches, rose petals, ginger and apricots.

The attendees, who ran 90 percent to industry insiders, according to Reyes, were so busy crowding around pouring stations and intent on their sampling task, it was hard to get a word in edgewise. When asked what their favorites from the evening were, St. Helenans Joe and Robyn Orsini spoke for many attendees when they said, “There’s a pretty long list … ”

Lily G. Casura is a copy editor for Napa Valley Publishing, including the St. Helena Star and The Weekly Calistogan.

The Schramsberg Brut Rosé, $40, was a popular local offering from the Upvalley sparkling winery.