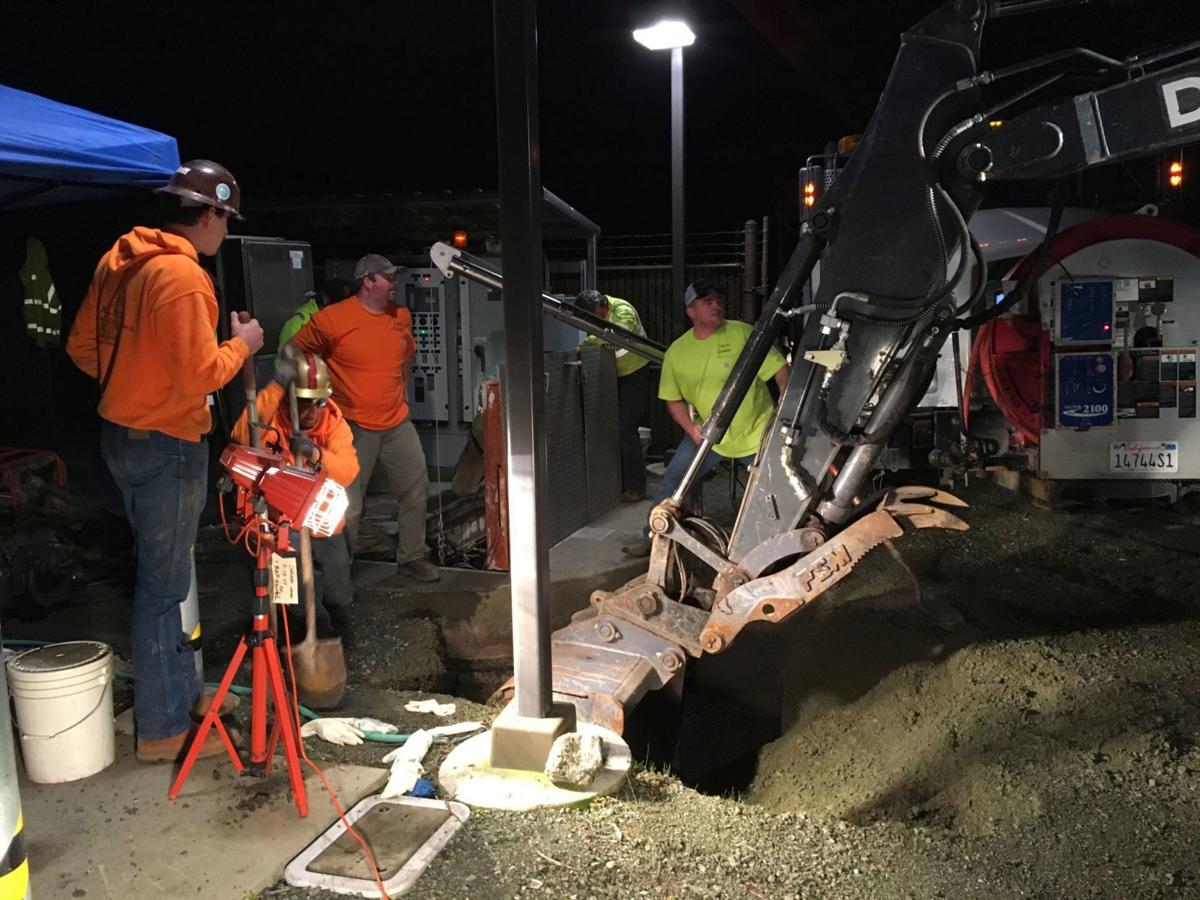 Workers responded to a sink hole at the Palisades Lift Station Friday, March 1. 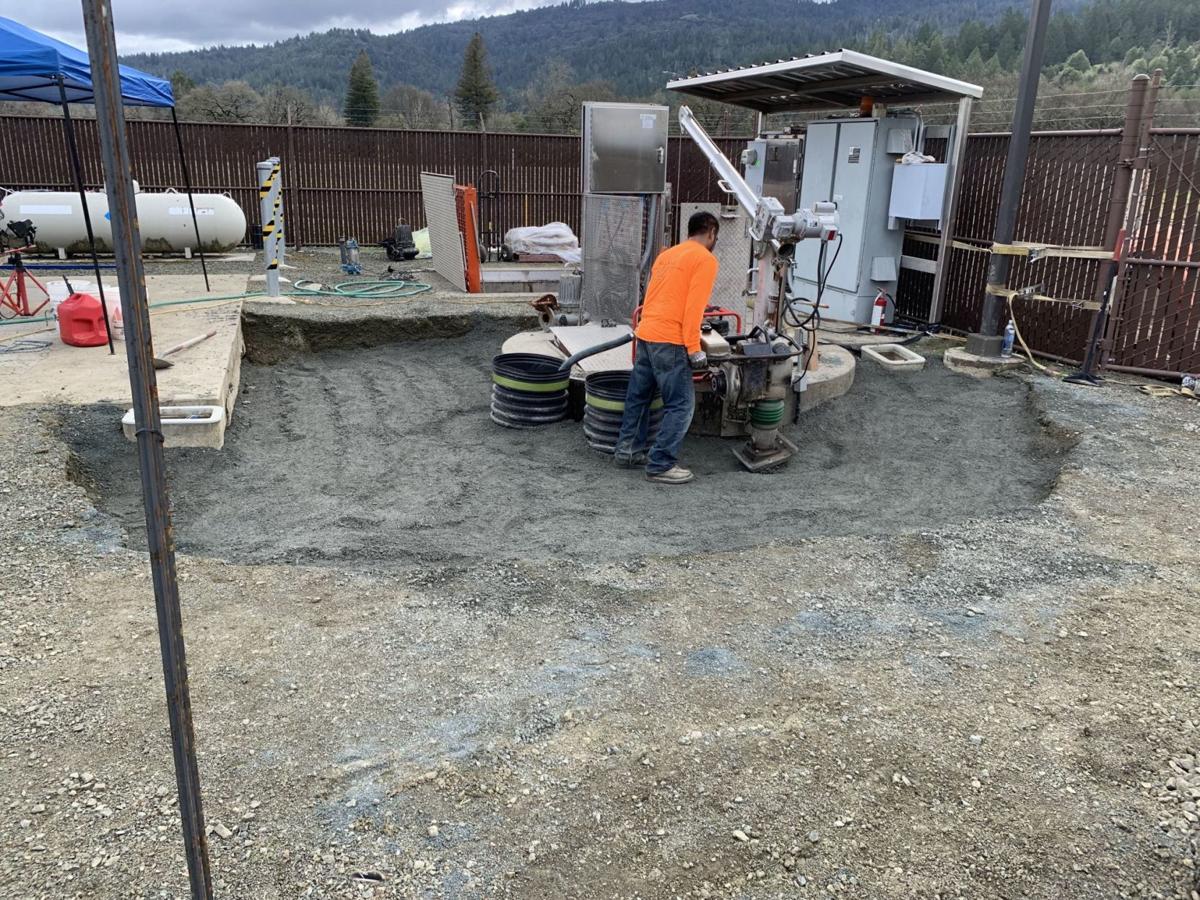 Due to a sinkhole, emergency repairs were made to the Palisades Lift Station in Calistoga. 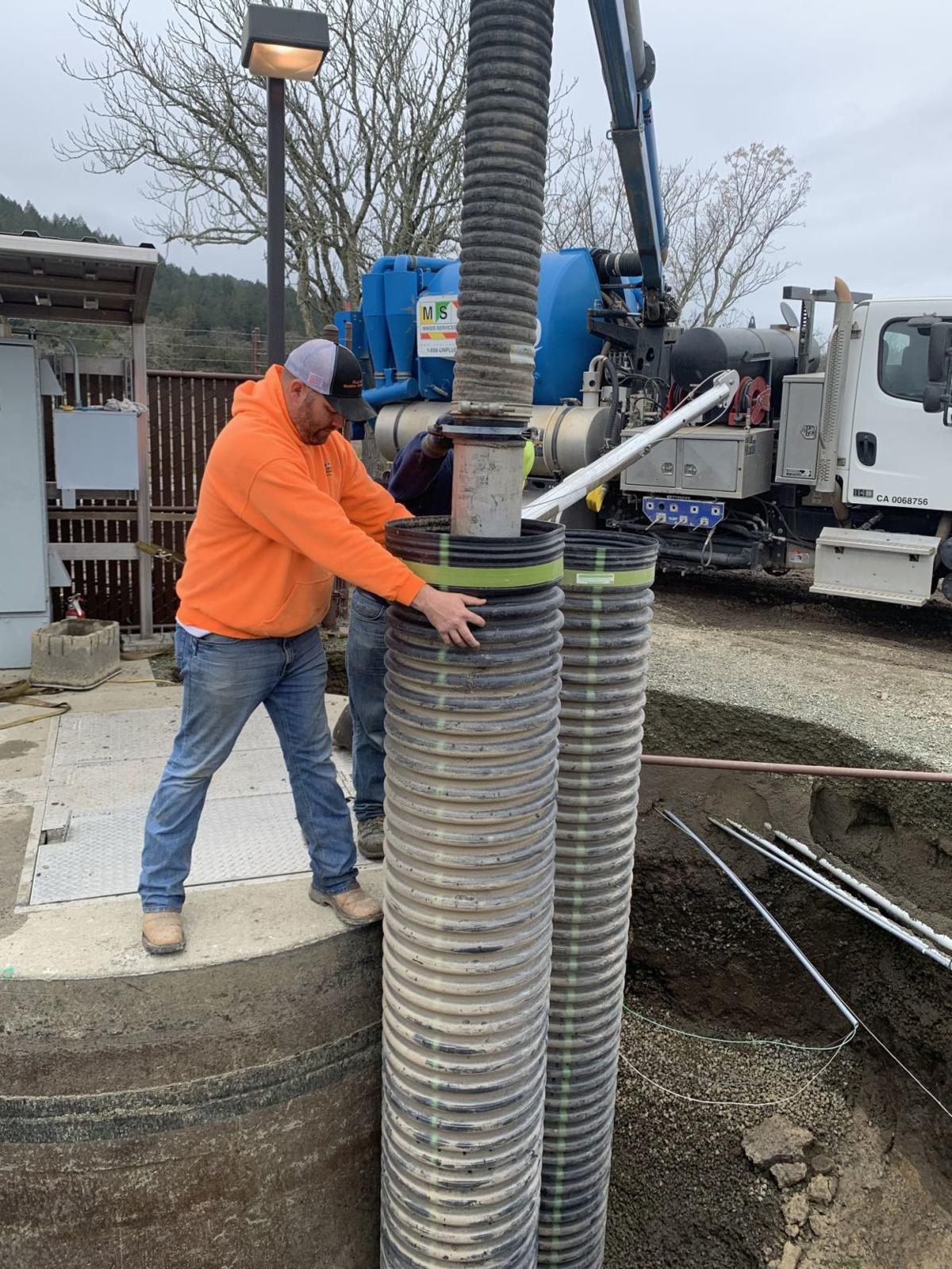 A combined effort between public works and private contractors prevented the sinkhole from becoming a major environmental problem.

Late in the afternoon of Friday, March 1, one of the city’s main sewer pump stations (the Palisades Lift Station) developed a sinkhole next to the concrete pumping vault. Public Works staff was immediately dispatched to investigate the situation.

Upon investigation it was discovered that a rubber gasket connecting a sewer main to the concrete vault – approximately 12 feet below the surface—had ruptured and was allowing saturated dirt and rocks to enter the pumping vault. As more saturated material entered the pumping vault, the sinkhole got bigger and bigger. As the sink hole grew, some supporting infrastructure was lost, including fencing, gates, crash bollards and street lights.

Sewer bypass pumps were installed to divert incoming wastewater around the lift station so emergency repairs could be performed. Utilizing the expertise of public works staff and on-call contractors, working into the late morning hours of Saturday, the area around the pumping vault was excavated so a water tight seal could be installed at the sewer main connection point.

On Saturday, after the emergency repairs were in place, two dewatering wells were installed to reduce the hydrostatic pressure on the emergency seal. Saturated groundwater was pumped out and will continue to be pumped out until the groundwater table subsides. The sinkhole area was backfilled and the lift station was returned to normal service late Saturday evening. The balance of the site will be restored as part of the pending Palisades Lift Station rehabilitation project.

Due to heavy rains, Caltrans has postponed the ribbon cutting for the Napa River Bridge in Calistoga, it was announced Monday afternoon. The e…

The Napa Valley escaped major flooding Tuesday night as the Napa River hit its plateau in the Upvalley and began receding at dawn Wednesday, c…

Due to this year’s above average precipitation, the City of Calistoga will be conducting its water main flushing program beginning Monday, Apr…

Workers responded to a sink hole at the Palisades Lift Station Friday, March 1.

Due to a sinkhole, emergency repairs were made to the Palisades Lift Station in Calistoga.

A combined effort between public works and private contractors prevented the sinkhole from becoming a major environmental problem.