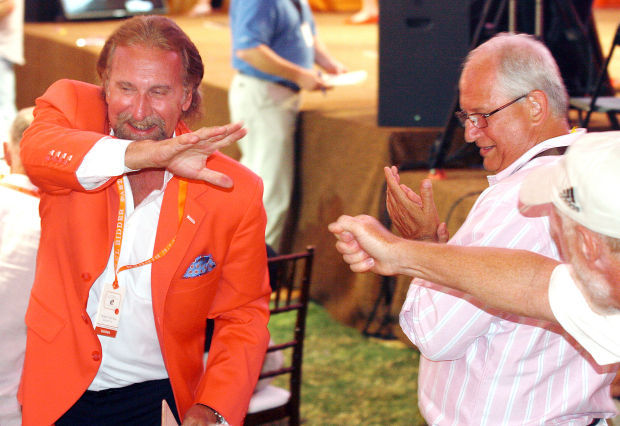 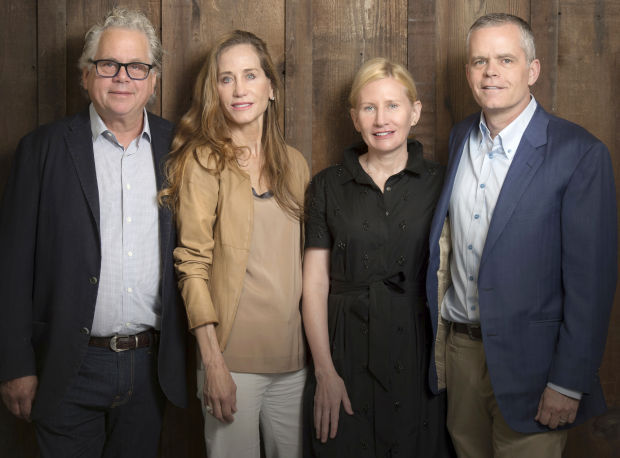 This year’s honorary chairs for Auction Napa Valley, from left, Jeff and Valerie Gargiulo, of Gargiulo Vineyards, and Kary and David Duncan, of Silver Oak and Twomey Cellars. 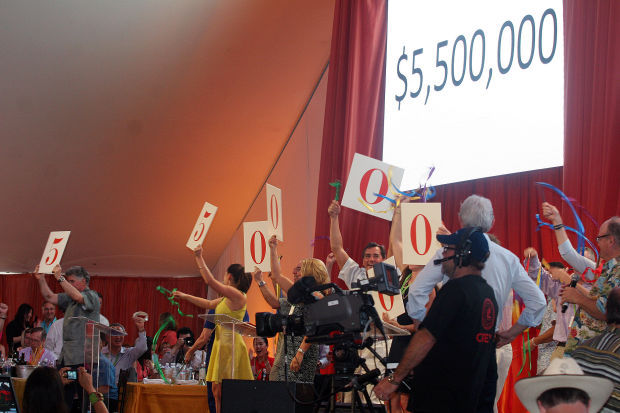 Bidding totaled $16.9 million at last year’s Auction Napa Valley. Since 1981, the auction has raised more than $120 million for community nonprofits. 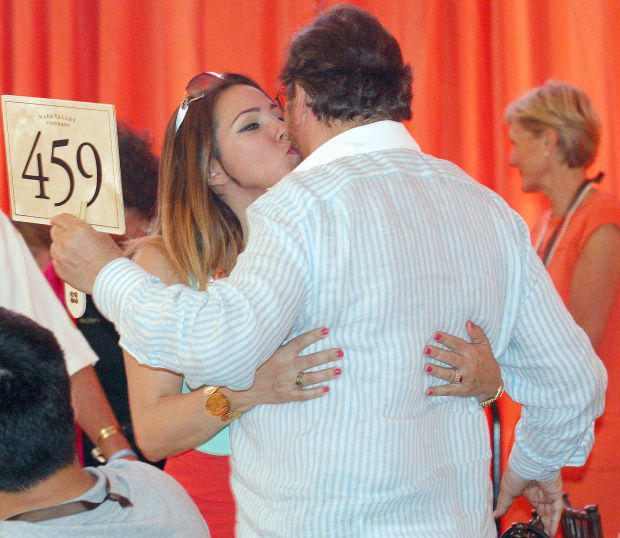 The 34th annual Auction Napa Valley, which begins Thursday and ends Saturday, has been in the works for more than a year.

Nearly 500 community volunteers have been donating their time, effort and resources to create a world-class event that brings together the best wine and food in Napa Valley to raise millions of dollars for community nonprofit organizations. Last year’s auction raised $16.9 million.

ANV is coordinated by the Napa Valley Vintners and this year’s honorary chairs for the event are Kary and David Duncan of Silver Oak and Twomey Cellars, and Valerie and Jeff Gargiulo of Gargiulo Vineyards. Since 1981, the auctions have raised more than $120 million for local charities.

“Our plan is for people to come and just celebrate and have the best time,” said Valerie Gargiulo. The planning for the event “is very time-consuming but very rewarding when people start bidding.”

The E-Auction, which allows online bids from anyone who is registered, went live Sunday, and as of Monday afternoon bids ranged from to $300 for Three Coins Cabernet Sauvignon to $11,500 for wines from the Sherwin Family Vineyards.

The online E-Auction includes 175 lots, and will close Sunday, June 8, at various times during the afternoon. These lots include wine, private experiences with winemakers, weekend packages and specialty items like an outdoor pizza oven from Michael Chiarello’s NapaStyle.

Even if people can’t attend or do not choose to participate in the Barrel or the Live Auction, any donor from anywhere around the world can still contribute to Fund-A-Need lots. St. Helena-based agencies that are recipients of the funds include St. Helena Hospital Foundation, Clinc Ole, Boys & Girls Clubs of St. Helena and Calistoga, Rianda House and Up Valley Family Centers.

“We’re doing everything we can, as a community, to help the community,” said Jeff Gargiulo. “That’s the theme of the Fund-a-Need, friends helping friends.”

As far as topping last year’s $16.9 million, he said, “We’re going to raise enough money to make a profound difference.”

New this year is an application for your mobile device, so if you are a guest at the event you’ll be able to bid using your phone. And you’ll be notified if you get knocked off the board.

ANV begins Thursday evening with six different welcome parties at six different wineries, including Alpha Omega, Castello di Amorosa, Montagna, Cardinale, Stag’s Leap Wine Cellars and Peju. Featured at each of these welcome parties will be a number of vintners. “People love to come and meet the vintners. The vintners are the celebrities that weekend, and the chefs,” Valerie Gargiulo said, adding that the idea is to get people excited and energized to bid.

Friday’s Barrel Auction will take place in the remodeled redwood cellar barrel room at Charles Krug Winery. Bidders will taste wine directly from the barrels of 100 Napa Valley winemakers, and each of the the top 10 bidders will secure a case of wine that will be released this year. The event is sold out with over 900 people signed up.

“It will be the perfect place for laying out 100 barrels. We’ve got 100 of the top vintners and I think it’s going to be one of the best barrel auctions we’ve ever had,” said David Duncan.

The lots will predominantly feature cabernet sauvignon from the 2012 vintage.

“With the success of Premiere Napa Valley, which we attribute somewhat to the 2012 vintage, which was a very good vintage, I think that these wines are going to be absolutely world-class and fantastic,” said Duncan. That February event raised a record $5.9 million.

Also on Friday, more than 2,000 people are expected at the outdoor Marketplace, also at Charles Krug, which will feature 100 vintners who are participating in the E-Auction or the Live Auction, pouring their current release wines, and more than 40 local restaurants and purveyors offering unique foods.

Friday night, vintners will open their homes and wineries for private dinners with auction guests.

On Saturday, the Live Auction celebration begins with lunch on the lawn at Meadowood Napa Valley, the site of Live Auction every year since it began in 1981. The lunch will be prepared by more than 40 of Napa Valley’s chefs, including Michael Chiarello, Brandon Sharp, Thomas Keller and Tracy Wood Anderson.

Fifty lots are part of Saturday’s Live Auction. The first lot includes wine and a 14-night voyage for four aboard the largest privately owned mega-yacht on Earth. Lot No. 11 includes more than 400 bottles of wine, one from each Napa Valley Vintners member and a Polaris electric car. There is also a buy-out of the French Laundry for 50 people, trips to vineyards in Germany and a professionally restored 1957 Chevy Corvette.

“There is a lot of generosity here. Vintners have given hotels, they’ve given airplanes, airfare, they’ve given tons of wine, so it’s a collaborative effort,” said David Duncan. “One of the things Kary and I have experienced being a longtime vintner in the valley, is the friendship and camaraderie that exists between all the vintners. We’re basically all friends.”

“We have a lot of generous friends and people who care about the community,” she said.

To participate, donate or just check out the action, go to AuctionNapaValley.org.

This year’s honorary chairs for Auction Napa Valley, from left, Jeff and Valerie Gargiulo, of Gargiulo Vineyards, and Kary and David Duncan, of Silver Oak and Twomey Cellars.

Bidding totaled $16.9 million at last year’s Auction Napa Valley. Since 1981, the auction has raised more than $120 million for community nonprofits.