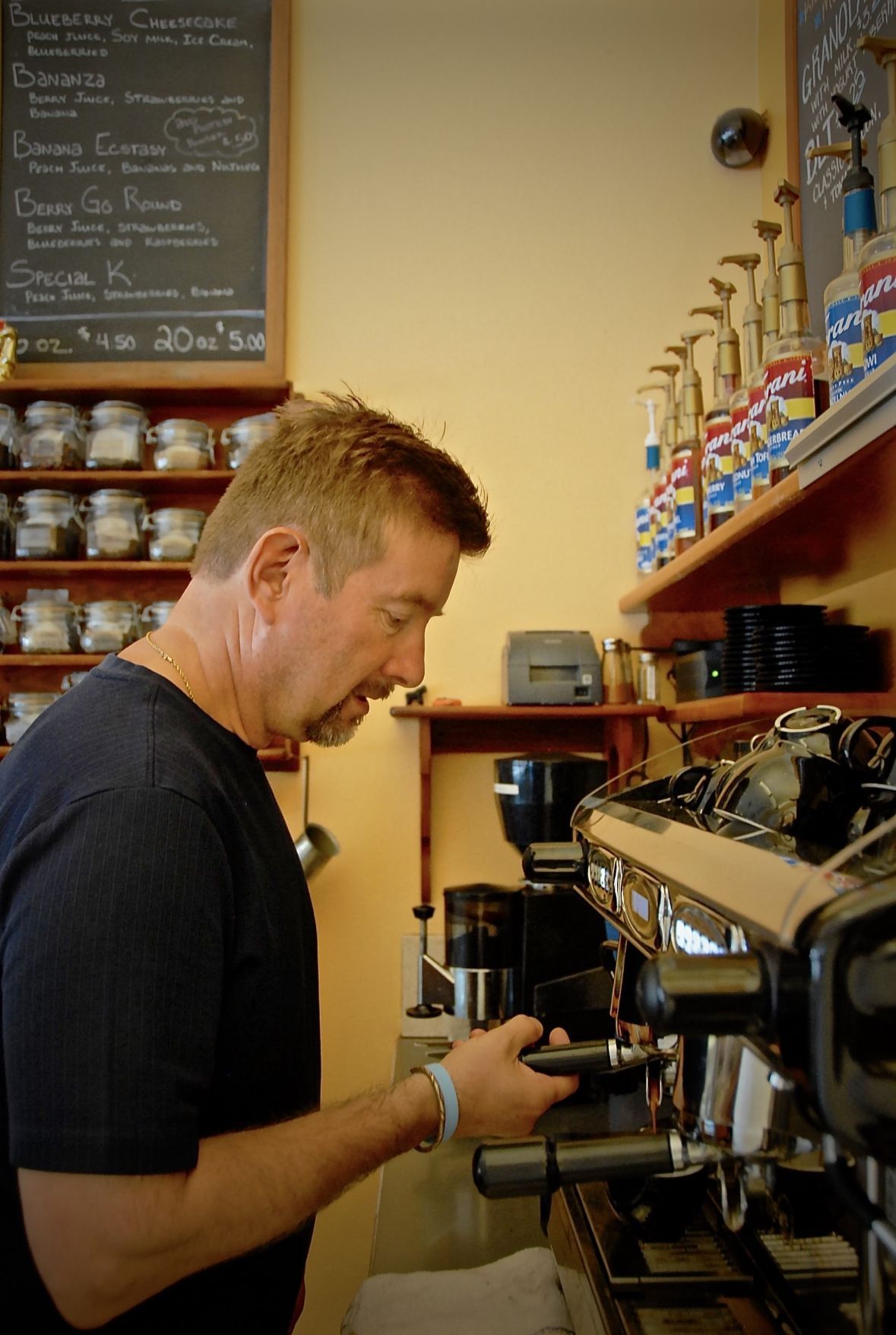 Co-owner of the Calistoga Roastery, Clive Richardson has been serving coffee to Calistogans since 1992. 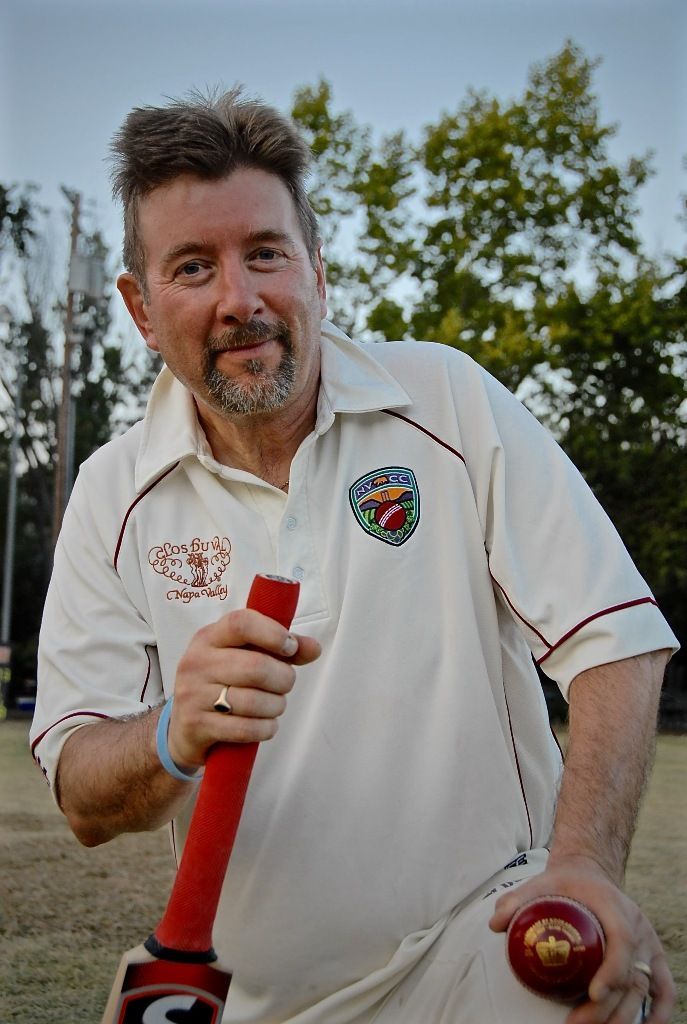 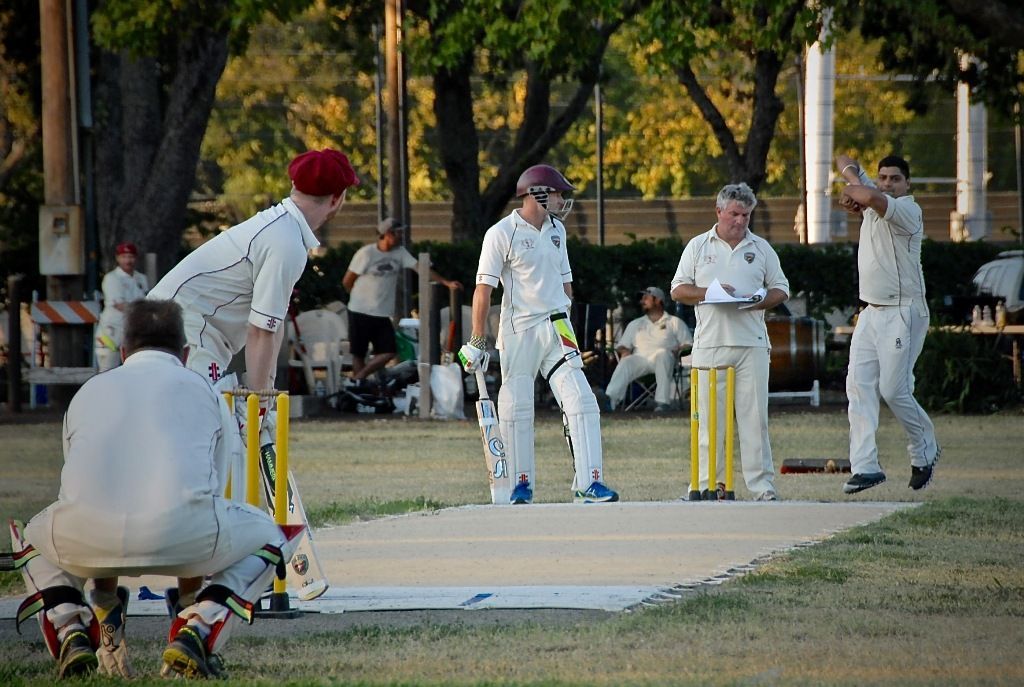 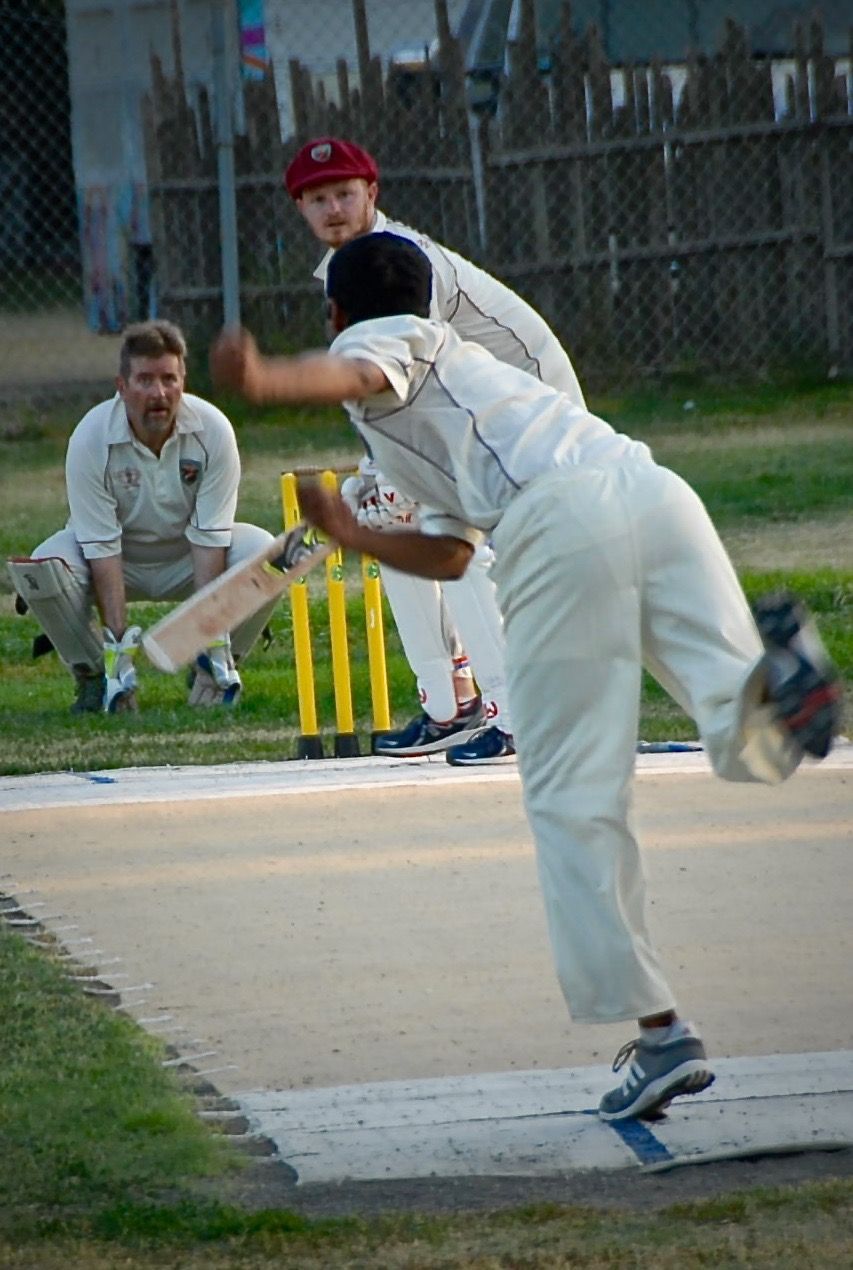 Co-owner of the Calistoga Roastery, British-born Clive Richardson, is well-known in Calistoga for his excellent coffee and good humor. But what many people don’t know is that he has a secret life beyond the coffeehouse.

On many late afternoons Richardson dons a crisp uniform and heads out to the large grass field at the Calistoga fairgrounds. There he meets other compatriots, each dressed in matching white uniforms, all eager to play an ancient English pastime, the game of cricket.

“Cricket is remotely similar to baseball,” Richardson explained as we waited for the game (match) to begin. “Similar in that there are batters called batsmen, a pitcher called a bowler and outfield players who catch and retrieve hit balls. When a ball is hit, runners advance and score points. But other than these similarities, cricket is a whole different ballgame. For one thing, games can often last for days and have scores that run into the hundreds.”

As we talked, members of the team shouted greetings as other club members arrived. Although more native-born American members are joining the club, the sound of British and Australian accents was thick in the air. Regardless of their origins, all the players seemed to have a nickname. A few fairly standard, such as “Scottie,” but most sounding far less familiar — like “Weapon,” “The Swinger” and my favorite, “Swan Lake” for Richardson himself (a reference to his grace on the field, perhaps).

On that day the visiting team had canceled, unable to make their long journey from Hawaii. But that didn’t stop the NVCC (Napa Valley Cricket Club). Instead of packing up and heading home, they broke into two teams: the “south,” which included all team members who lived in Napa, and the “north,” which was comprised of everyone else.

Richardson took his place as wicket-keeper, which is the equivalent of a catcher in baseball. After the first few hits, and with the help of a few of the spectators, I started to understand the basics of the game.

A few things that struck me as I watched: First, I don’t know much about cricket. Second, the guys seemed to be having a lot of fun, but were, at the same time, very serious about the game. Additionally, the ball is much harder than a baseball. The outfielders don’t wear gloves, whereas the catcher (excuse me, wicket-keeper) wears thin gloves, which makes catching the ball look painful. A few times as the ball hurled toward Richardson I imagined that I might be missing my coffee for the next few days as he recovered from his sacrificial lunging — “Swan-Lake” style — for the ball. I learned later that at Richardson’s first game with the NVCC he actually broke his finger trying to catch a fast pitch (excuse me again: a fast bowl). But in this game there were no major injuries to report.

After the match, the teams gathered at the edge of the field (pitch) and talked about the game. Normally a happy person, Richardson was especially ebullient that evening because his team had won.

“The north won again tonight, and that’s a good thing,” Richardson said as he cracked open a beer. After a long draw he held up the bottle in a toast: “Anchor Steam and Clos du Val are our sponsors,” he said, “so we need to support their generous efforts.”

As Richardson and the others talked about the game, I thought I understood what it must feel like to be a foreigner at my house when a football game is on. I was hearing things like, “Weapon, can you believe Heals’ five wickets for 12 runs off his seven overs?” Or, my favorite undecipherable comment: “Remember the last game mate when we made 241 runs for the loss of seven wickets off 40 overs only to be beaten by Marin CC who posted 242 for the loss of five wickets in 38.3 overs?”

I must have looked perplexed because Richardson looked over and smiled.

“It might take some time to understand all the lingo,” he said with a wide grin.

After the excitement of winning had been tempered somewhat by libations, Richardson talked more about his love of the game.

“I played cricket in England as a lad but hadn’t played since then,” he said. “So, it’s great to be back at it, playing with a bunch of mates — from England but also more and more with members from America. Anyone can join. And the great thing is that we’re now having games with other teams from all over the country, all over the world really. We’ve had matches with clubs from the social-media company Twitter, and we are currently in talks with England and Australia to come play here in 2016. It’s not tough to get teams excited about coming here. Everyone wants to visit the Napa Valley.”

Richardson looked around the quiet field. On the other side of the pitch an older man in the distance stood with his dog on a leash. The man seemed to be scratching his head at the scene.

“Lots of Calistogans are curious about what we’re doing out here,” he said. “We invite anyone who’s interested to come, bring a picnic and watch the game for a while. They can get the schedule off the website, www.napacricket.com. When they get here, just come on over and ask any of us for a quick lesson — we’d love it and I think they might, too.”

Co-owner of the Calistoga Roastery, Clive Richardson has been serving coffee to Calistogans since 1992.