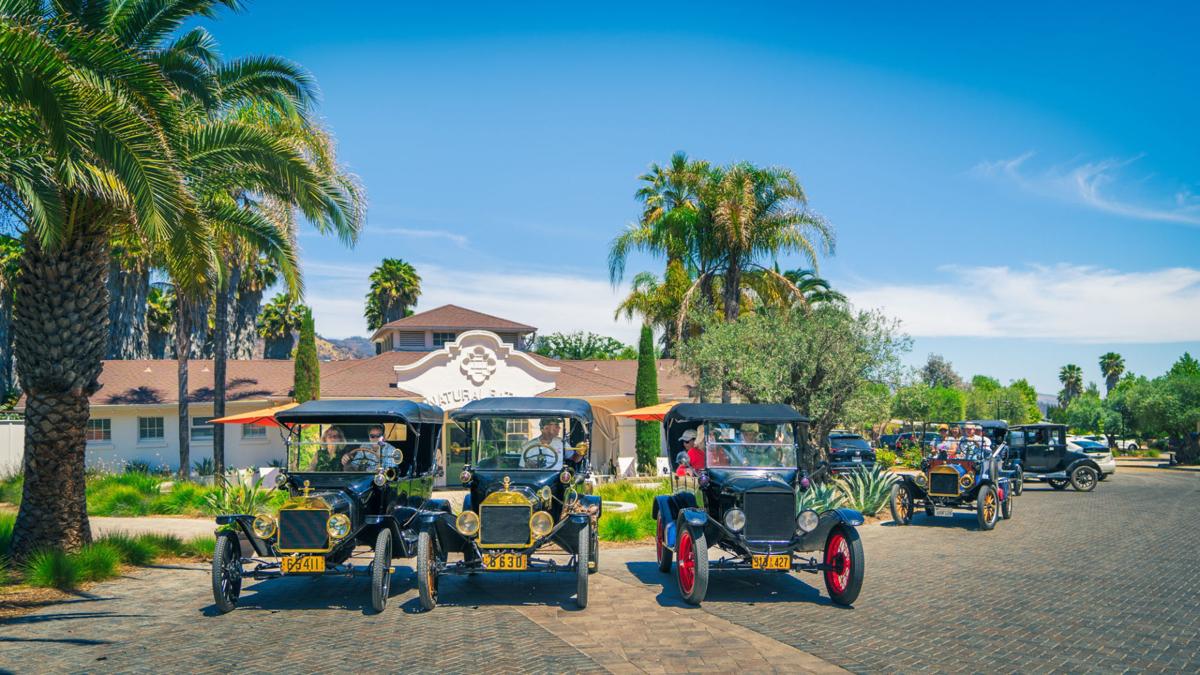 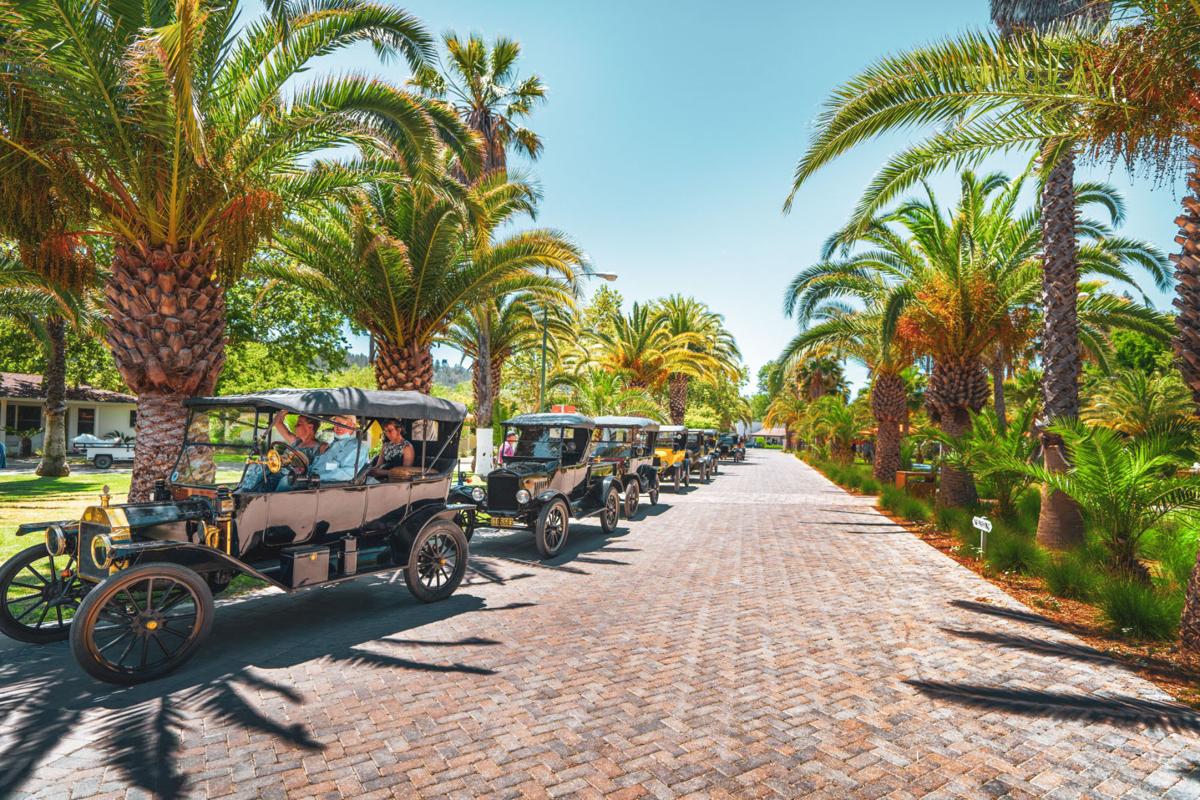 As Steven Chase was describing the braking system on his 1912 Ford Model T, an image came to mind from the old Flintstones cartoons. The one where Fred brings his car to a screeching stop by using his bare feet.

The classic Model T is of course a far cry from Fred’s fictitious stone-age car, but as 22 of the open-air vehicles motored into Calistoga for lunch on a recent sunny afternoon, heads did turn.

Chase was leading the Gold Gate tour with the Model T Club of Southern California in his 1912 touring car. The Ford Motor Company manufactured about 15 million Model T cars from 1909 to 1927.

The cars can reach a maximum speed of about 40 mph and, no, the southern California club did not actually drive up north in the 4-cylinder, 20-horsepower vehicles, Chase explained. They were towed on flatbeds behind pick-up trucks. Last year, during the height of the pandemic, they even brought their own bathroom.

As for those brakes, by modern standards, the hand throttle and pulley and brake drum system are, well, from another century. The right foot pedal applied a band around a drum in the transmission, thus stopping the rear wheels from turning.

Many Model T owners have more than one of the cars. Chase, who describes it as “a passion” also has a 1915 speedster. But what he likes about the cars is “the people. The owners help everyone they can, keeping the cars running.” That means those 90 years old, who have the knowledge, and the younger folks who have the muscle.

Another cool thing, Chase says, is the way the public interacts. Wherever they go, “People, from Harvard graduates to street gangsters, they see the wood wheels and the brass, and everyone is ready to let you into traffic.”

To kick off the historic property’s complete renovation, House of Better at Dr. Wilkinson's resort will host a free pie eating contest June 15.

Decorate for the Fourth of July in Calistoga with red, white, and blue

In lieu of a Fourth of July parade this year, residences and business are invited to decorate their home or storefront in patriotic decor. Paint the town red, white, and blue with your community spirit.

Huntyr Ammons, a Calistoga resident enrolled at the St. Helena Montessori School, is one of the winners of Jack London State Historic Park's 2021 Young Writers Contest.

Calistogans have gathered at this plot in Pioneer Cemetery for Memorial Day every year since 1883. With no public program this year due to the pandemic, we felt it was important to keep the tradition unbroken.