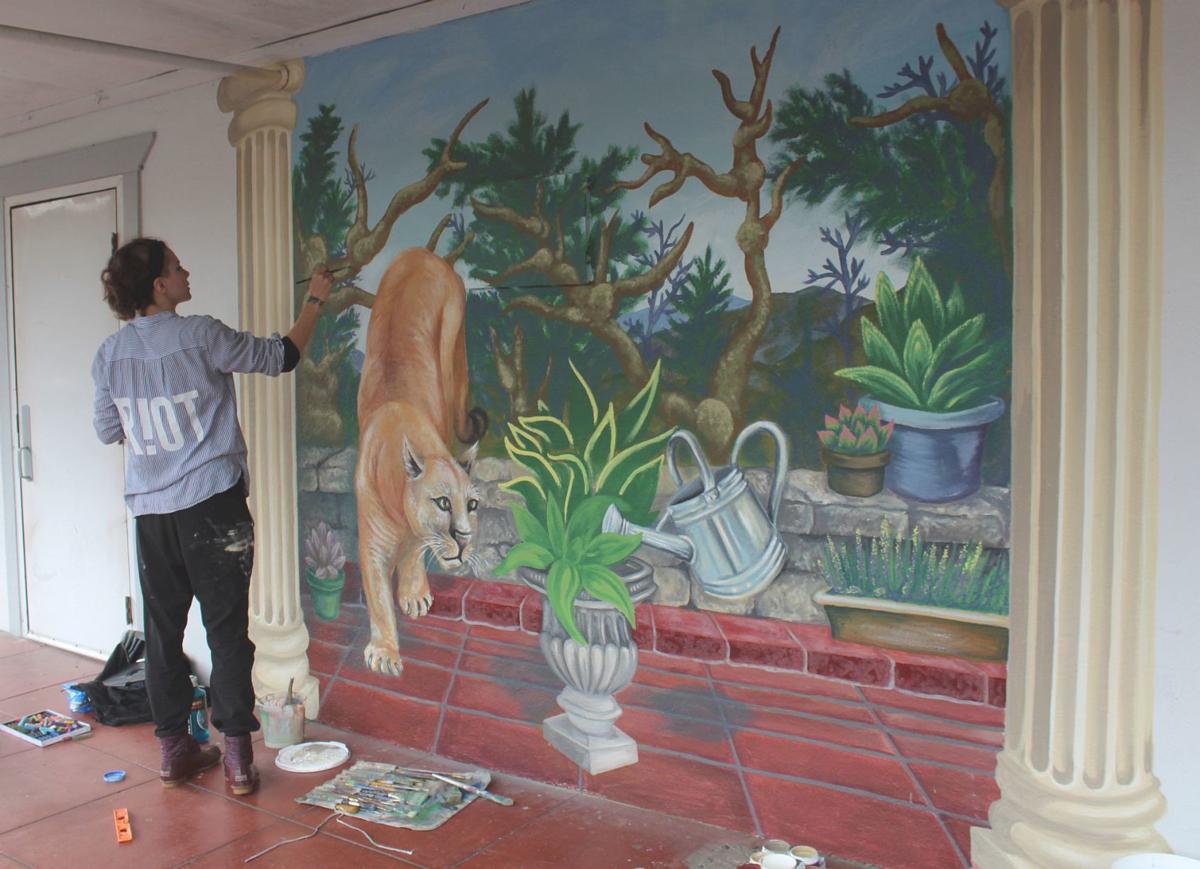 Chealsea Ritter Soronen of Chalk Art painted a new mural on the front of the Tubbs building at the Napa County Fairgrounds on Sunday as part of Calistoga's Engage Art Fair. 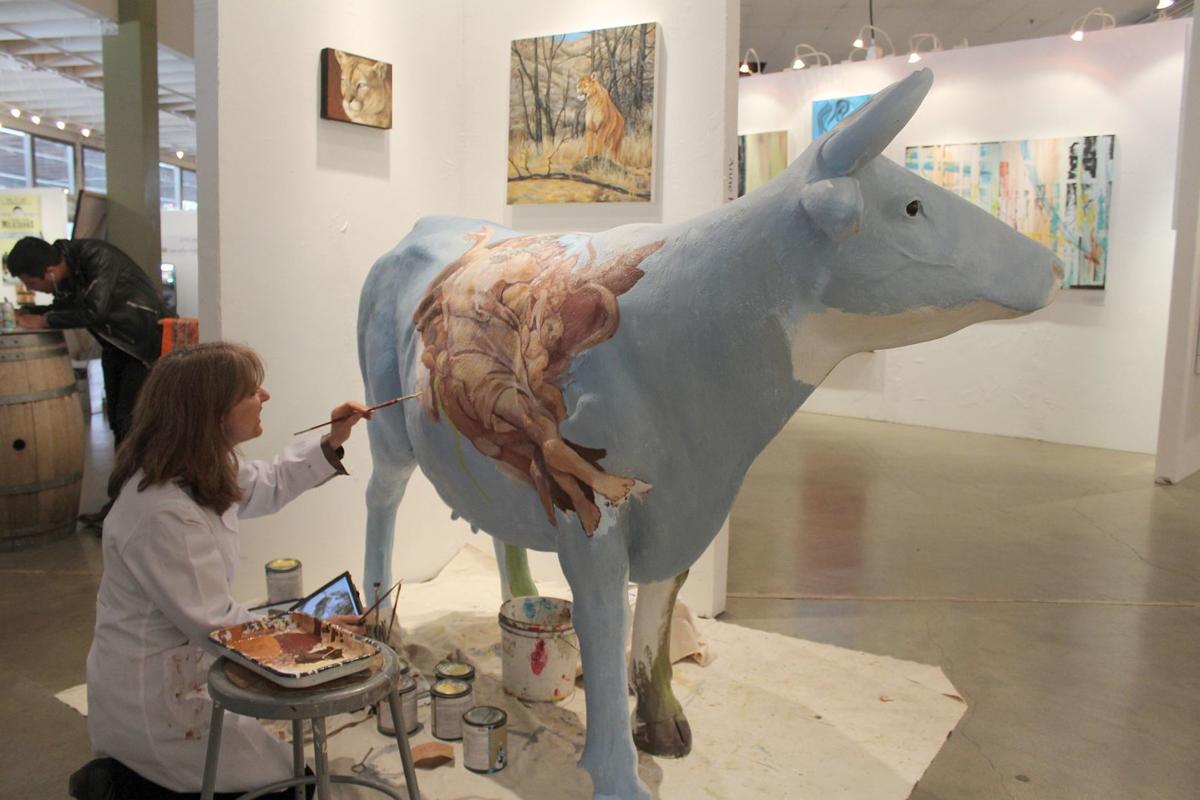 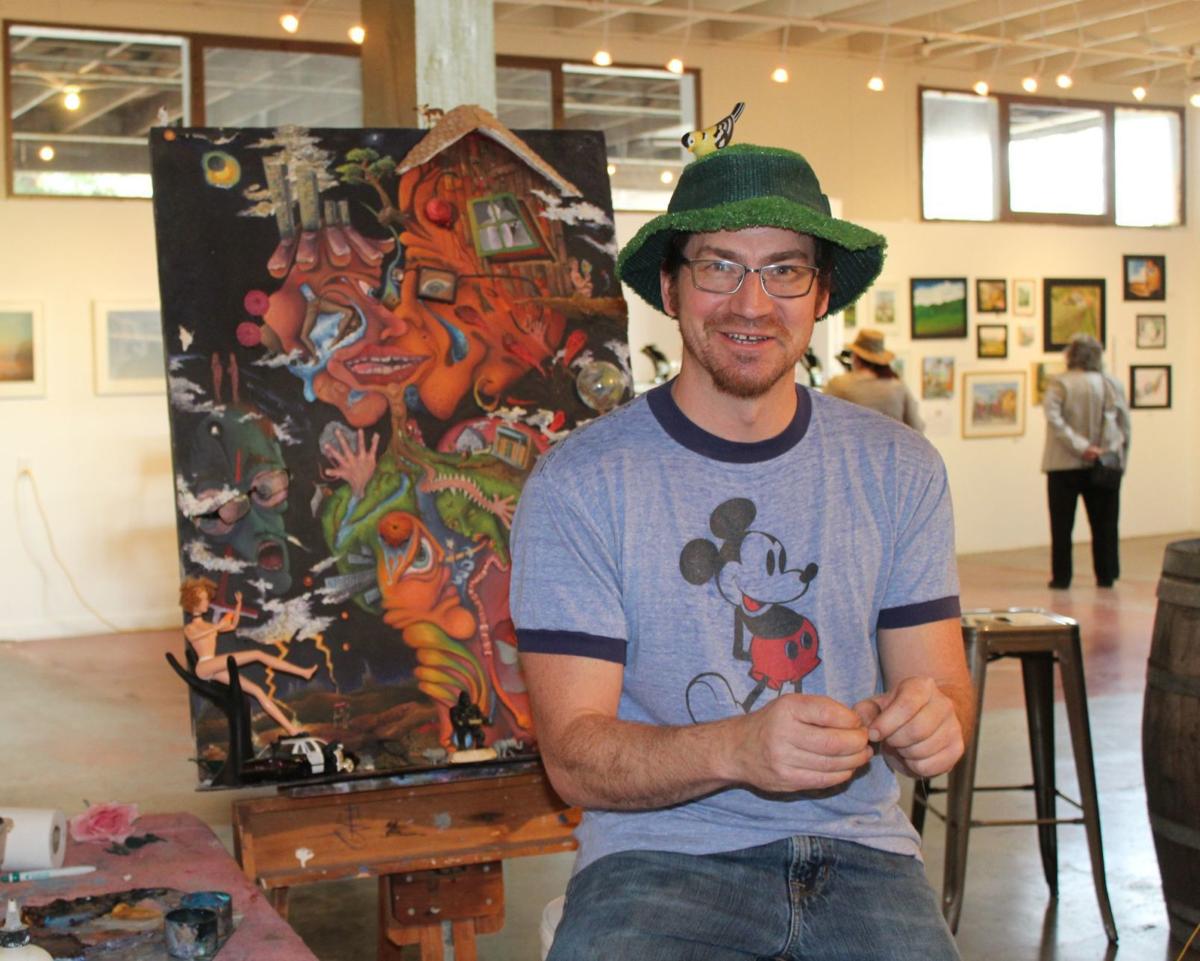 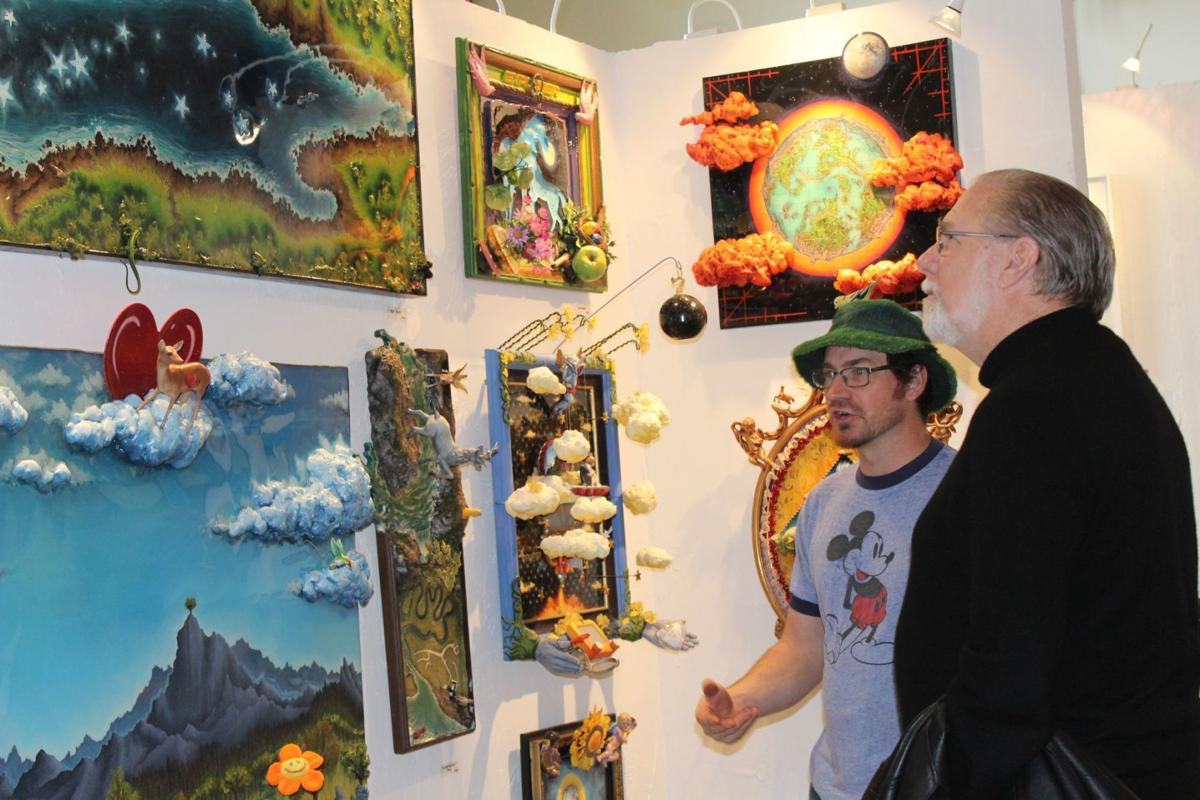 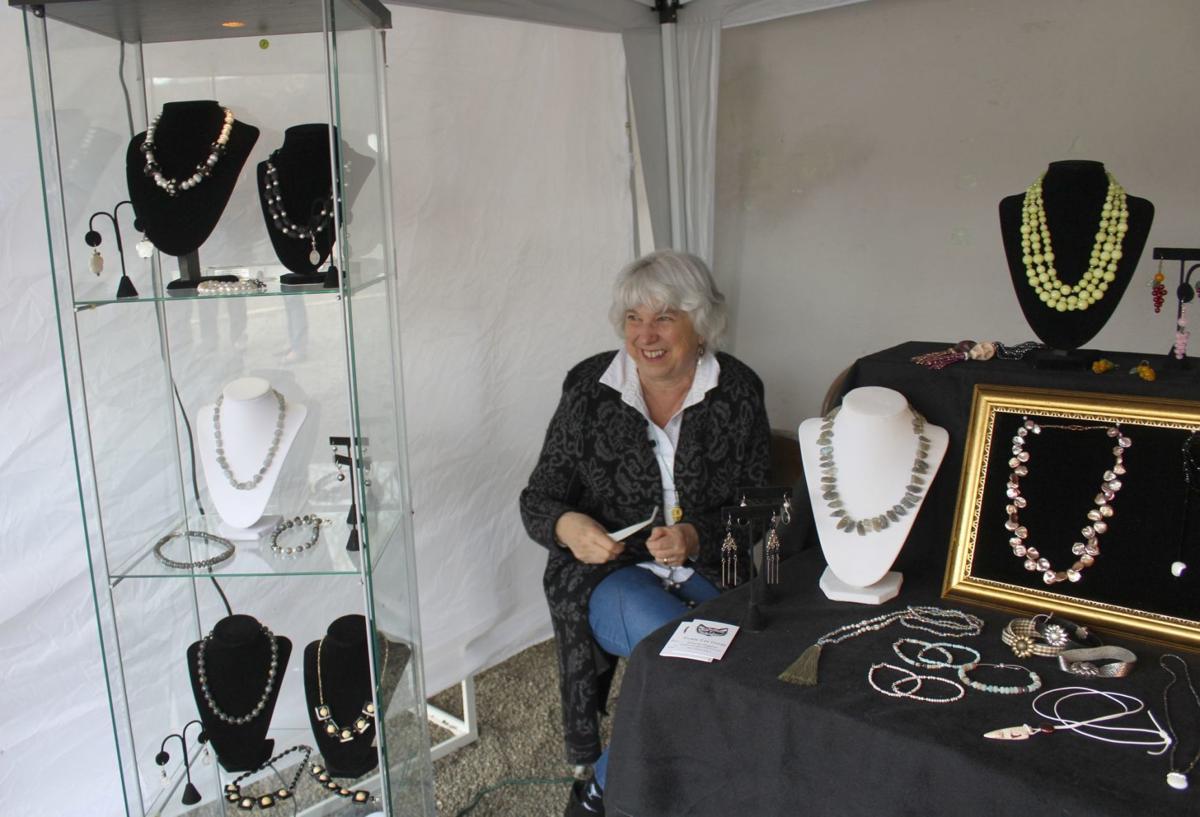 Calistoga artist Donna Higgins returned to the Engage Art Fair this year with her handmade jewelry. 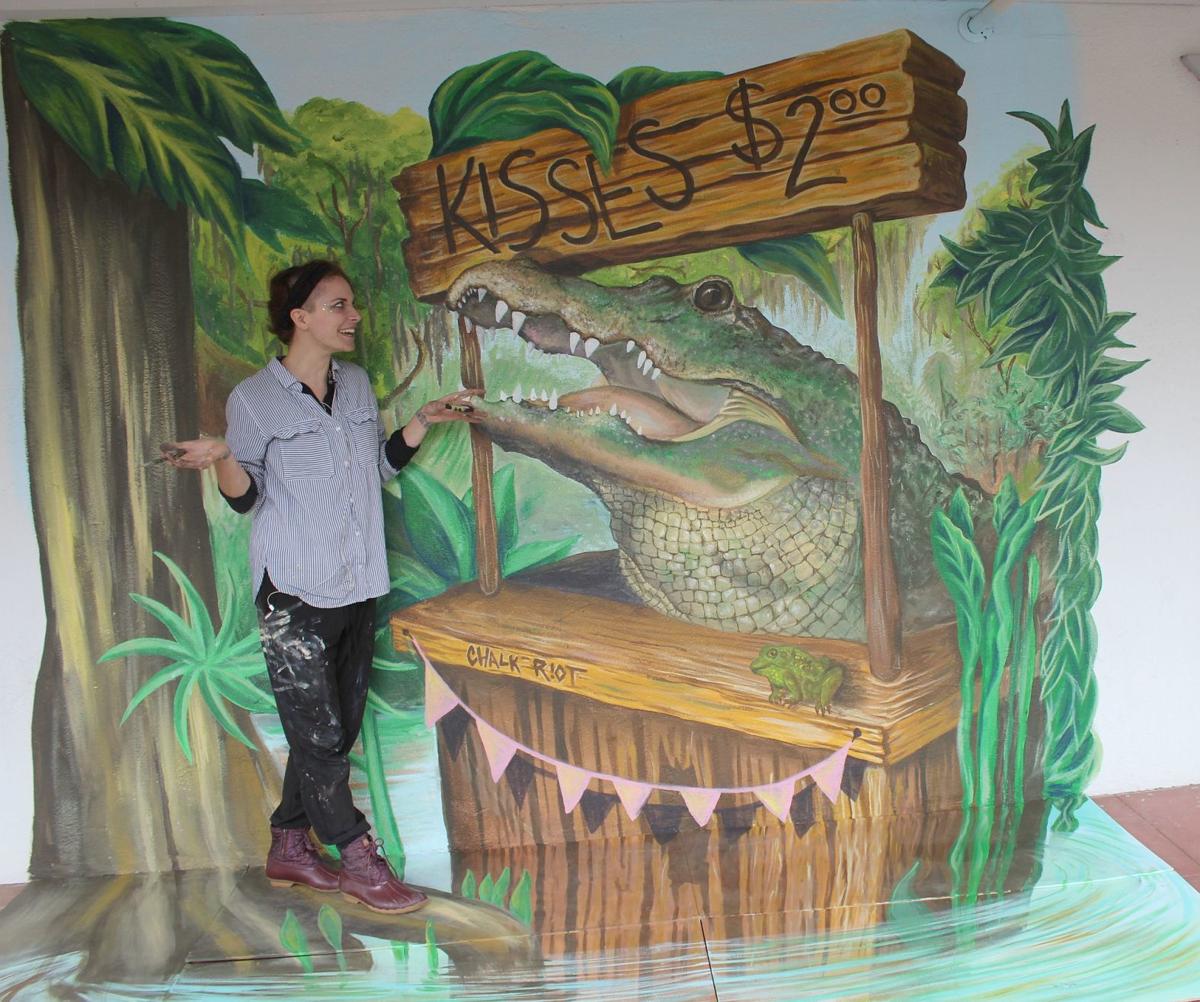 Chelsea Riter Soronen painted the "interactive" alligator on the front of the Tubbs building for last year's Engage Art Fair. 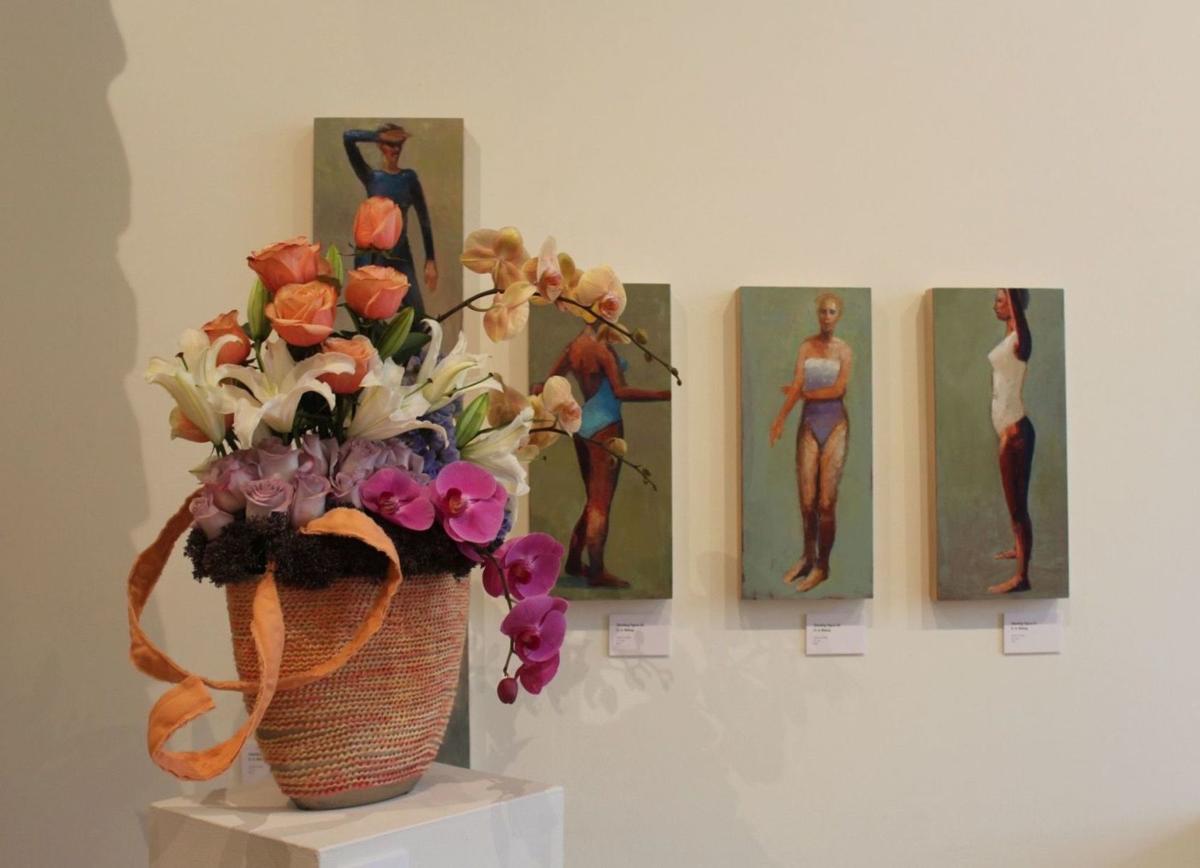 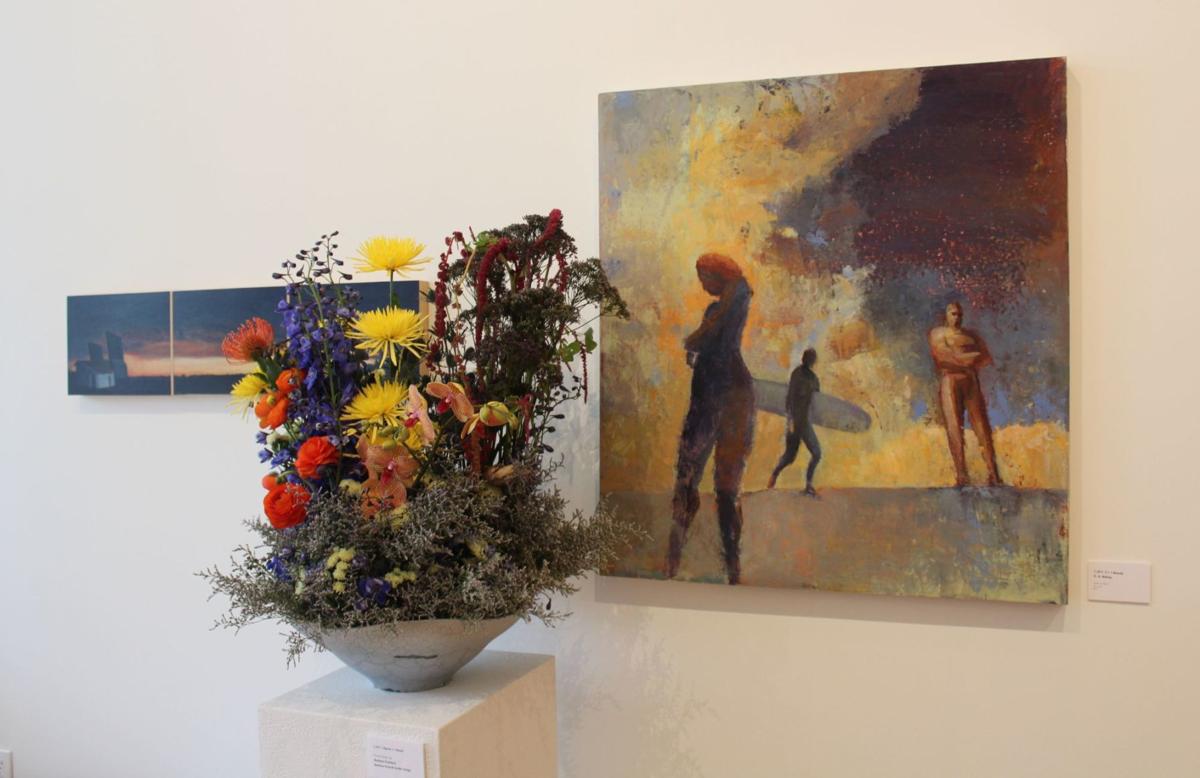 Chealsea Ritter Soronen of Chalk Art painted a new mural on the front of the Tubbs building at the Napa County Fairgrounds on Sunday as part of Calistoga's Engage Art Fair.

Calistoga artist Donna Higgins returned to the Engage Art Fair this year with her handmade jewelry.

Chelsea Riter Soronen painted the "interactive" alligator on the front of the Tubbs building for last year's Engage Art Fair.

Calistoga’s Engage Art Fair, now in its fifth year, is gaining steam, drawing more and various artists and from further away.

The event, which took place April 5-7 at the Napa County Fairgrounds, was staged by The Baker Sisters, known for creating the backdrops for Nimbus Arts Nimbash fundraising events, and other happenings around Napa and Sonoma.

Mural artist Chelsea Ritter-Soronen was back again this year to paint another mural on the exterior of the Tubbs building. Last year, she painted a whimsical “interactive” alligator. This year she painted the image of a mountain lion, inspired by the big cats she said she heard can roam the area. Ritter-Soronen said she’d also like to paint a mural — the subject yet to be determined — on the upper portion of the building.

Ritter-Soronen used to live in Napa and owns a public arts company called Chalk Riot. She has created all sorts of chalk artwork around Napa including a 3D sidewalk display.

Also returning was artist Nate Geare, a graduate of Vintage High School in Napa and now lives in El Cerrito.

Geare said he did quite well at the Art Fair last year, selling six or seven paintings. A Napa native, Geare wants to do what he can to promote the event. This year he convinced a fellow artist to join him.

“It worked out well. I wanted to show him this event. We can continue to build it up and make it better and better,” he said. “I’m a local and want to build up a fan base in my home town. Take it to the next level.”

Angwin’s NBC Pottery artist William Callnan III had promised to bring something different to this year’s fair, and he did not disappoint. People don’t quite know what to make of his multi-dimensional works on canvas, he said. Indeed, his self-portrait is a colorful, psychedelic image of himself, along with a real Barbie Doll, a toy police car, and other little figurines.

His wife and pottery partner Nikki Ballere Callnan brought the couple’s highly sought-after ceramics to the fair. Because of the success of the pottery business, Callnan says he has the freedom to fully express himself.

“I can be honest and not curb the content,” he said.

Artists also came from San Francisco and as far away as Southern California.