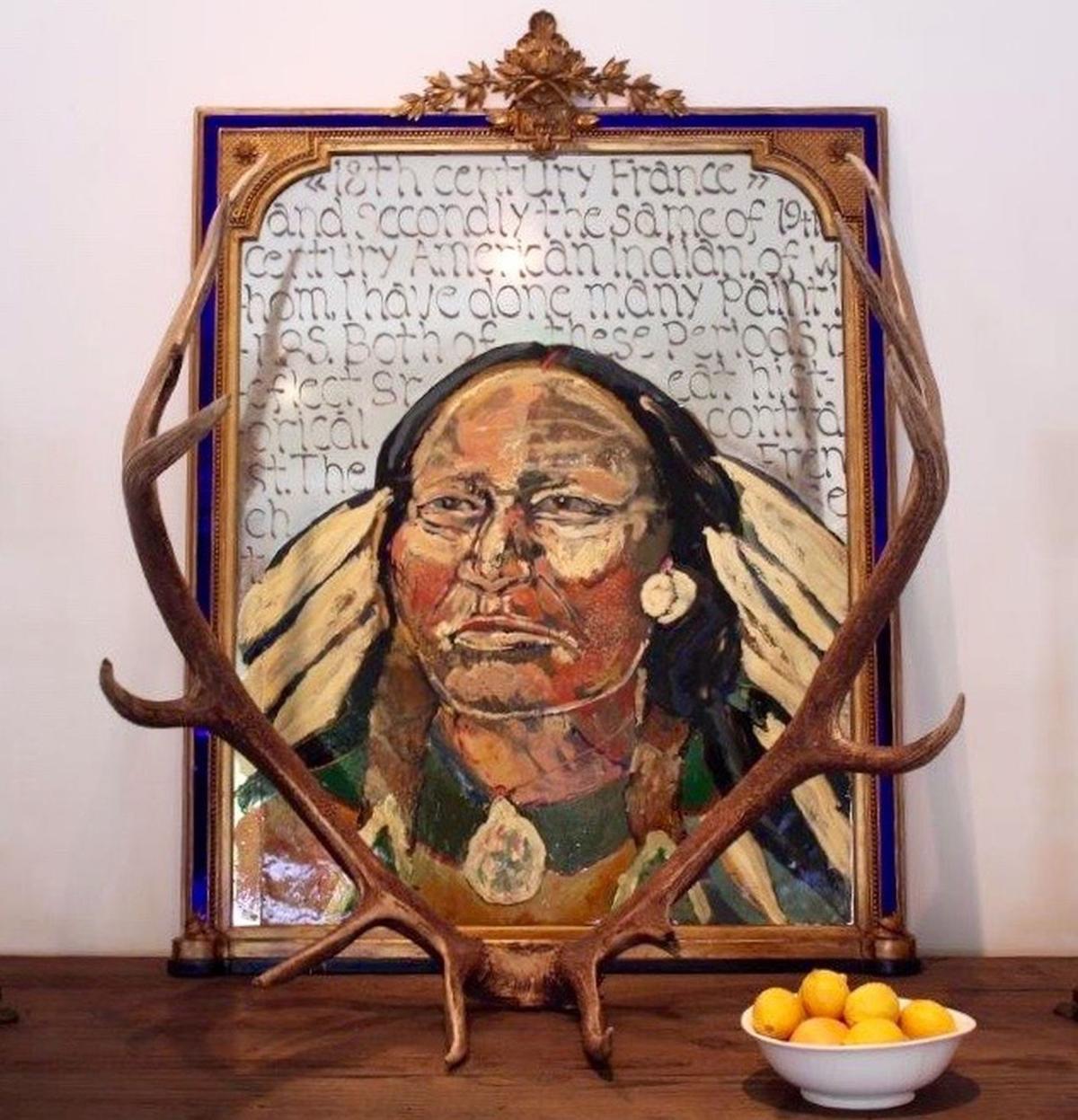 Visitors to the Yager Gallery in downtown Calistoga are greeted by a Native American portrait “framed” by antlers from an elk the artist's father killed many years ago. 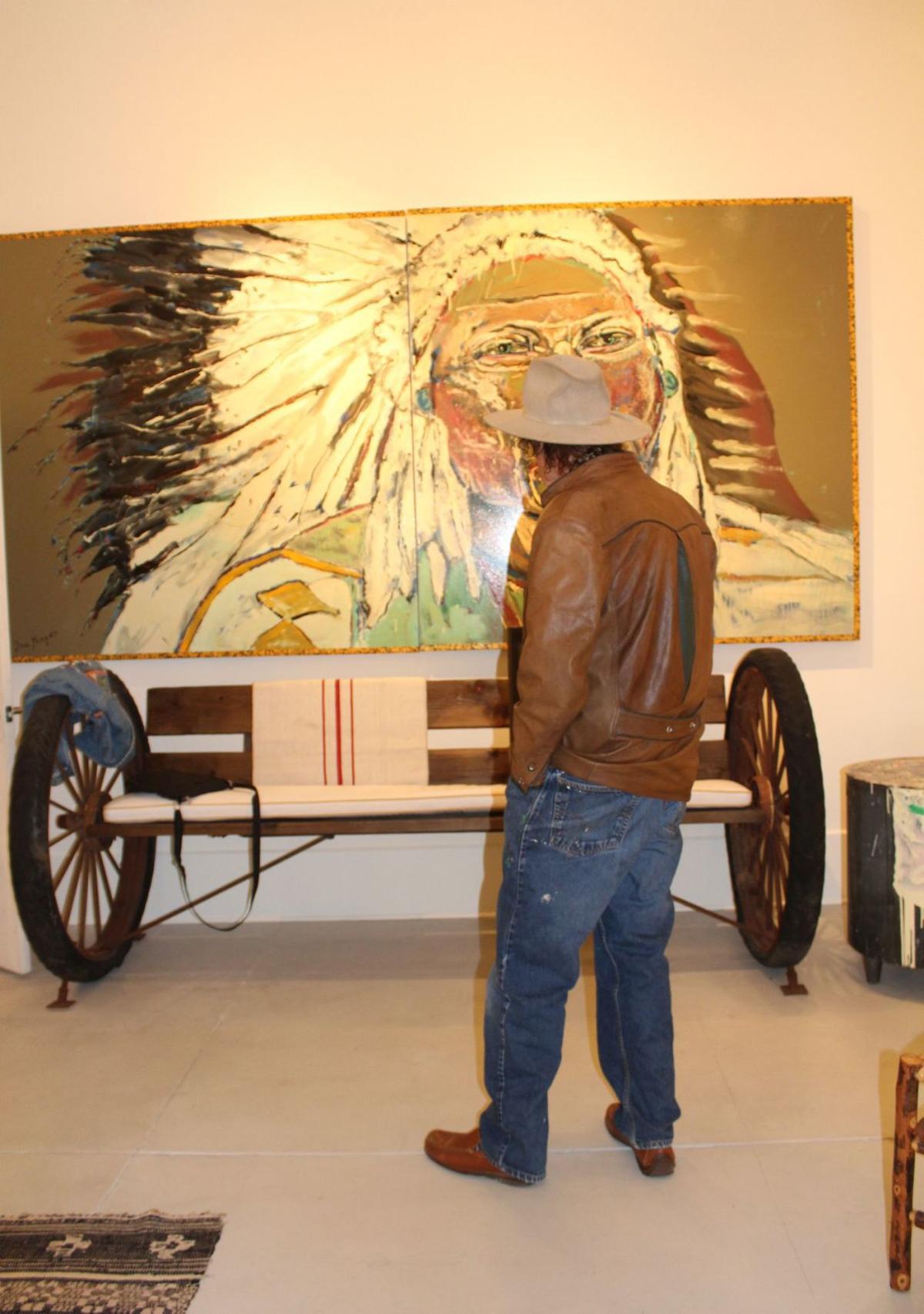 Artist Ira Yeager has been famously painting portraits of Native Americans for more than 40 years. 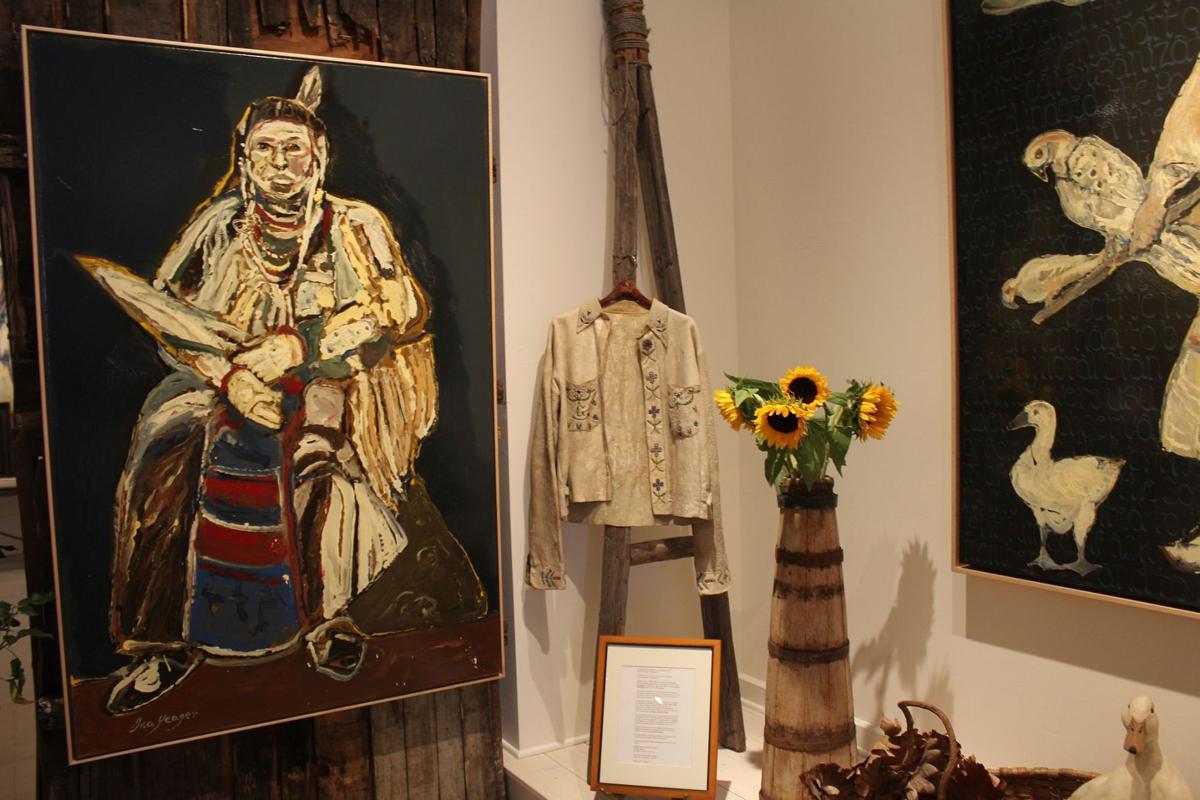 The Yager Gallery in Calistoga features many precious Native American artifacts, like this beaded jacket from Sitting Bull's granddaughter. 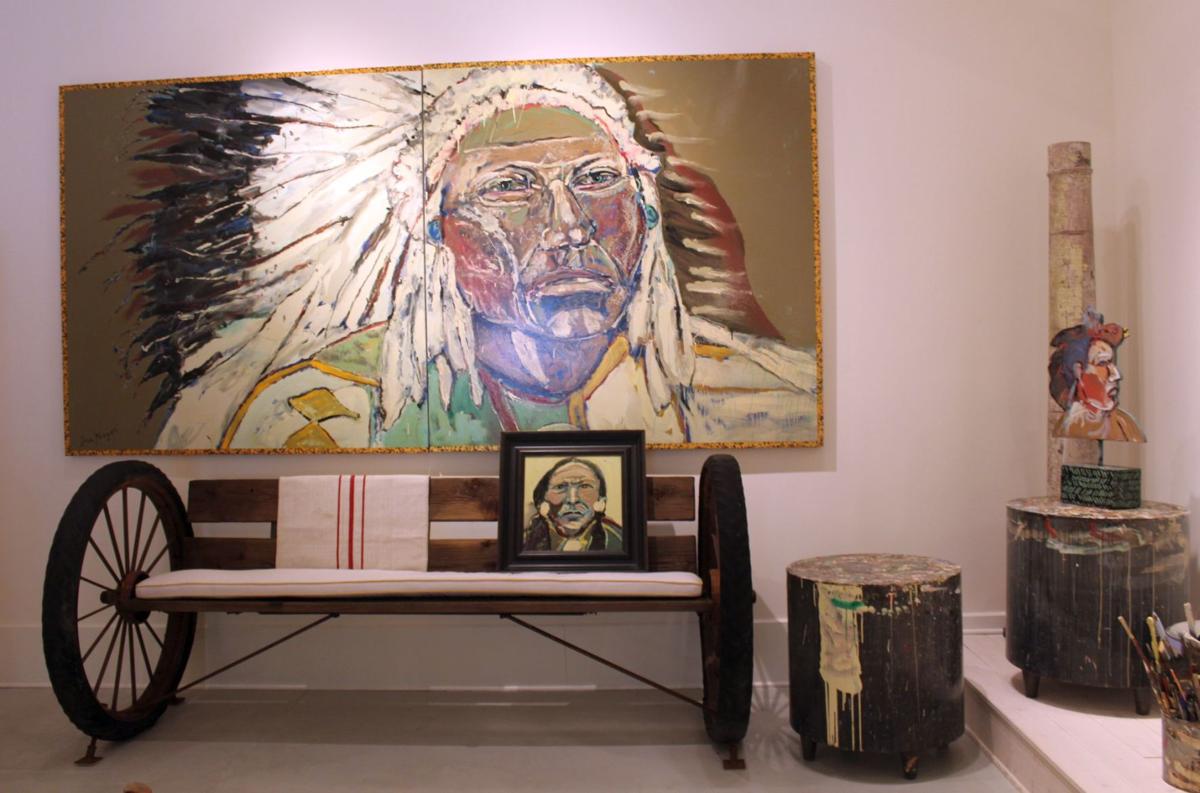 The Yager Gallery in downtown Calistoga features the contemporary works of Ira Yeager.

The eminent artist Ira Yeager has been famously painting a series of American Indian portraits since the late 1960s, but until now, they have not had a designated home of their own.

The Yäger Galerie opened in June on Lincoln Avenue, in downtown Calistoga, and held its grand opening celebration Sept. 16 with “Indian Summer: Portraits of Nobility.”

Previously occupied for decades by Lee Youngman Galleries, which has moved just a few doors down, the space has been transformed.

“It’s a candy shop for me here. This is the mothership of everything. To be able to curate, deal and now have a space to create. We’re taking on the excitement of the town and zest for the next 10 years,” said Brian Fuller, Yeager’s longtime studio director.

Ira Yeager has had a home in Calistoga since the early 1980s. He also has homes in San Francisco and Sea Ranch. His work can be found all across the United States and at places in Europe.

The new, contemporary gallery is a white canvas accented with donated 100-year old local redwood beams, and other reclaimed items. It embodies the culmination of Yeager’s regional work in other locations, Fuller said.

Yeager’s father was a well-known fishing and hunting guide to Eddie Bauer in the 1920s, and he has been acquiring and has been gifted Native American artifacts his entire life.

The gallery is accented with such artifacts as beaded footwear, and a stuffed chicken, preserved many years ago.

Visitors to the gallery are also greeted by a portrait “framed” by antlers from an elk his father once killed.

Yeager’s father also traded duck decoys with the Lummi Indians — many of which are on display in the gallery — in exchange for their baskets, beaded jackets or bone dance artifacts like decorated bows and drums, Fuller said.

One of his treasures is a leather and beaded jacket which belonged to the granddaughter of Sitting Bull, a famous Lakota leader.

Fuller also created a family crest for the new gallery, with the traditional spelling of the artist’s last name.

“‘Yager’ in German means ‘hunter,’ so our logo has a fish, deer antlers, a vine and an apple with paintbrushes in homage to Ira’s history. The valley usually celebrates Italian and French heritage, so we’re enhancing the German,” Fuller said.

Yeager was born and raised in Bellingham, Wa., spent time in Greece, among other places, and is well-known in San Fracisco. In the late 1960s, influenced by life in Santa Fe, New Mexico, he started painting portraits of Indian chiefs and Native American traders from his youth. The larger-than life, semi-abstract visages are boldly colored with quietly proud expressions. Yeager said he considers them almost like abstract paintings.

Yeager paints in oils and acrylics on canvas, and has also begun experimenting in other mediums – like old truck doors, also on display at the gallery.

Throughout the valley, 64 artists are applying finishing touches to pieces they’ve been working on and spiffing up their studios in preparatio…

Larry Vuckovich is a world famous jazz pianist who lives in Calistoga. Michael Koerber is a well respected painter in Petaluma who is homeless…

Rabbit Rabbit Fair Trade and Sugar Train are the latest businesses to close their doors in downtown Calistoga.

Lee Youngman is the kind of person who, if someone tells her she can’t do something, it makes her want to do it even more.

Artist Elio Camacho will teach a one day painting workshop at the Calistoga Art Center on Saturday, Jan. 11.

Visitors to the Yager Gallery in downtown Calistoga are greeted by a Native American portrait “framed” by antlers from an elk the artist's father killed many years ago.

Artist Ira Yeager has been famously painting portraits of Native Americans for more than 40 years.

The Yager Gallery in Calistoga features many precious Native American artifacts, like this beaded jacket from Sitting Bull's granddaughter.

The Yager Gallery in downtown Calistoga features the contemporary works of Ira Yeager.