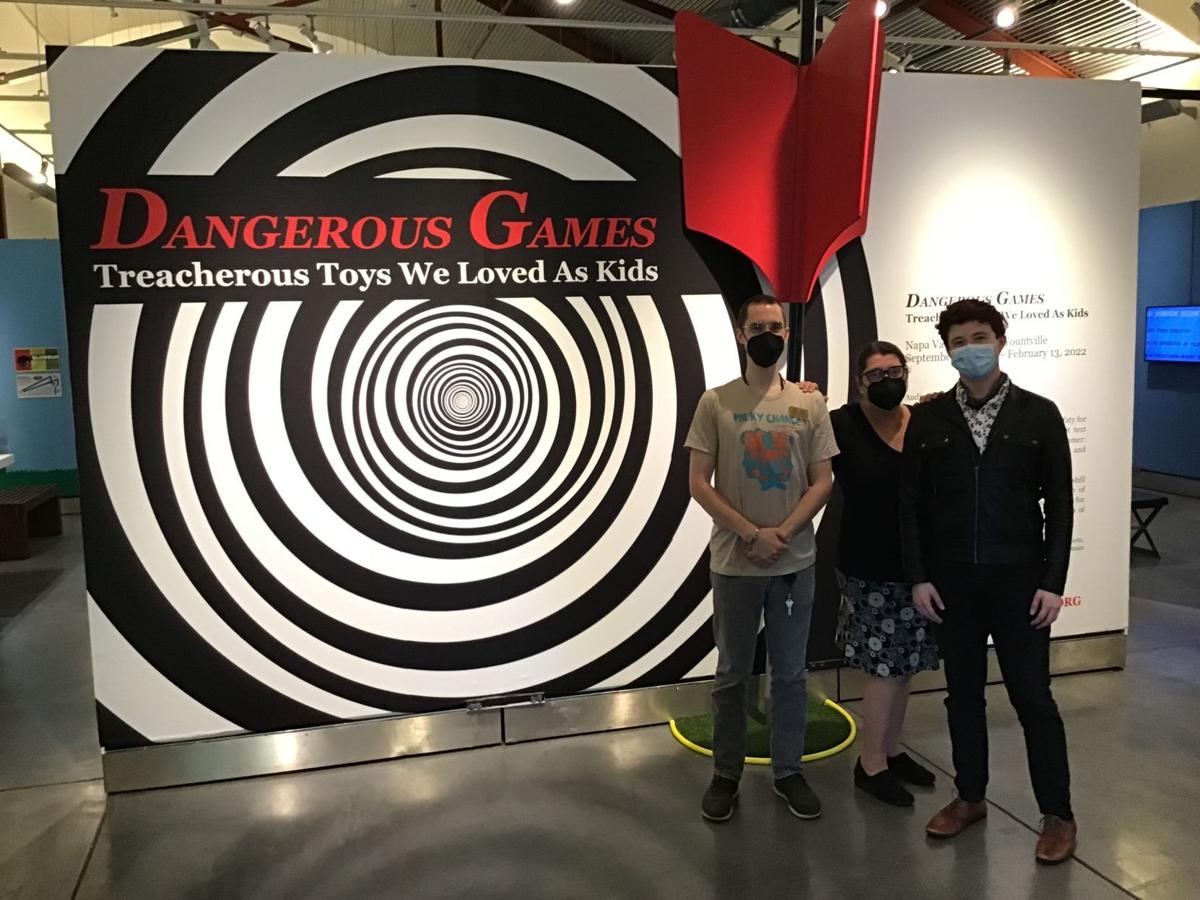 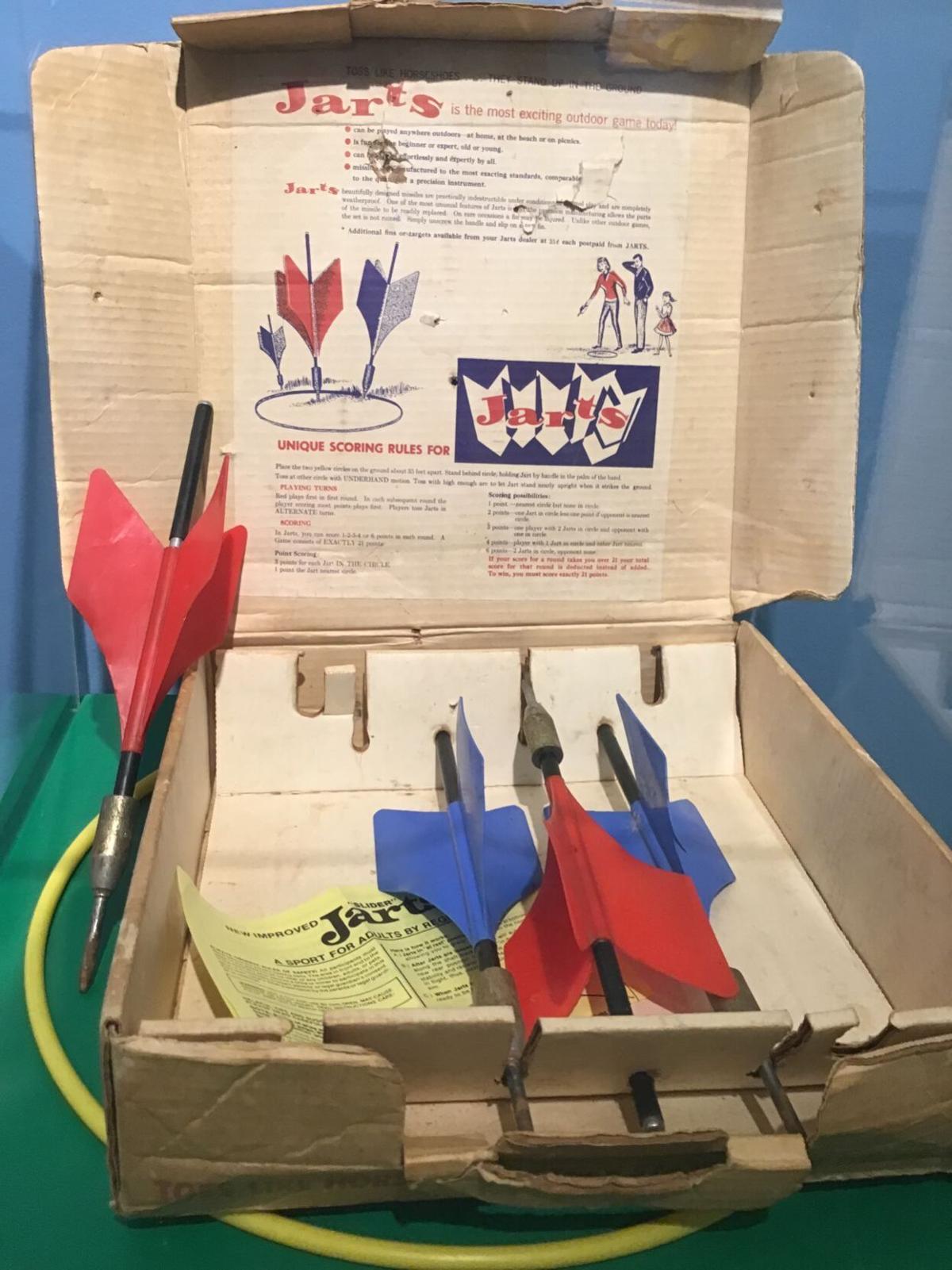 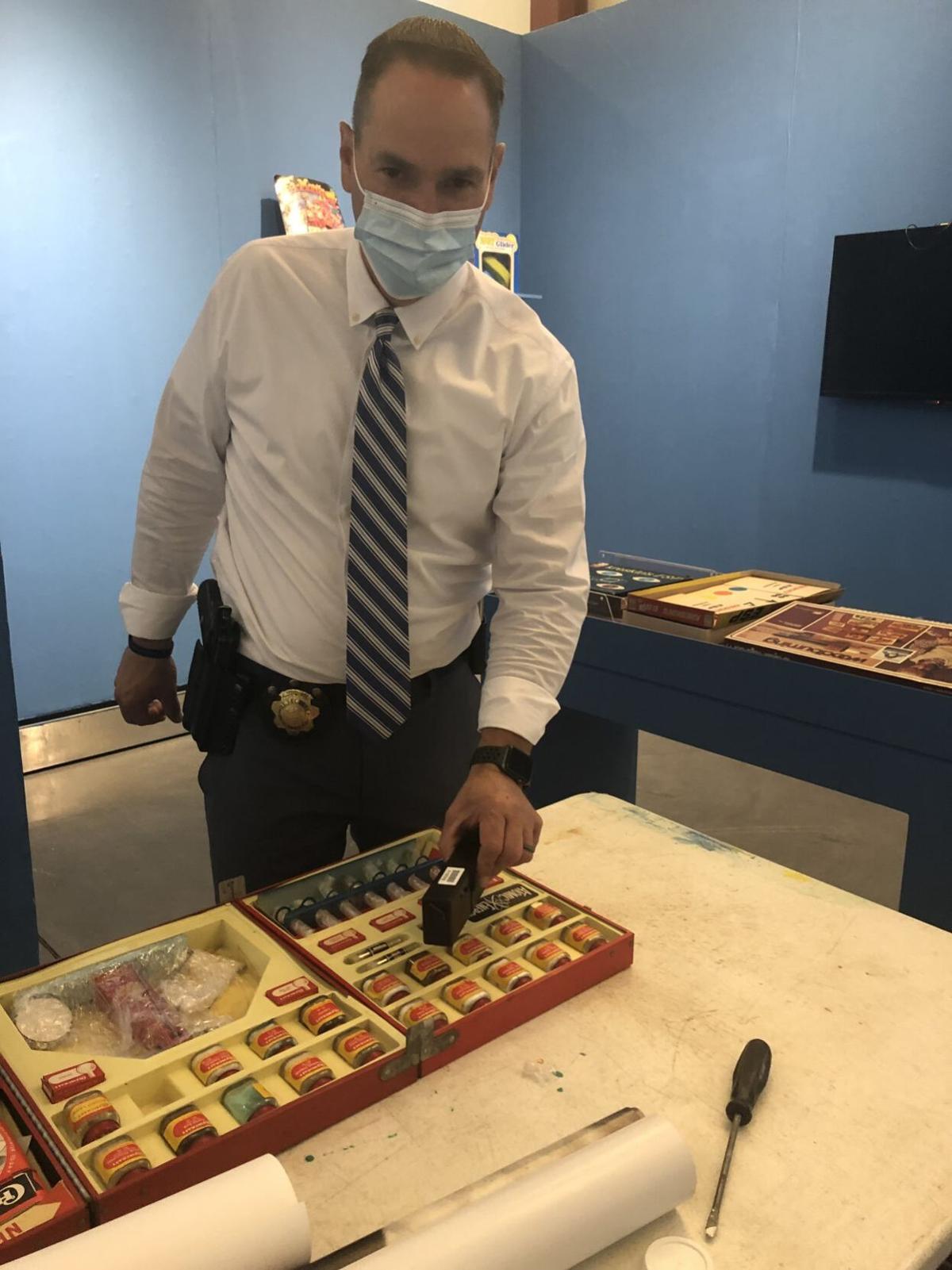 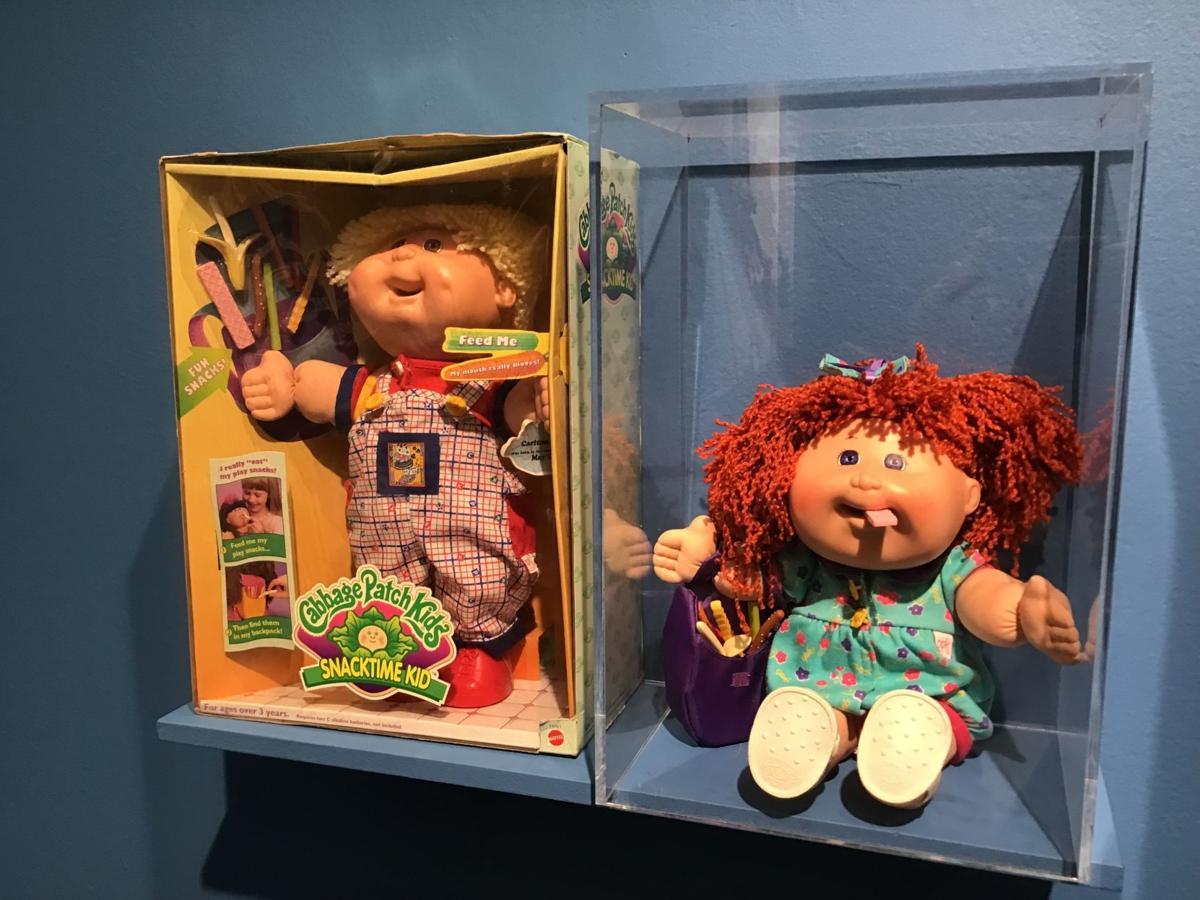 The Cabbage Patch Snacktime Kids doll, one of the hottest toys of Christmas 1996, was recalled the next year after the doll's mechanical jaws started chomping kids' fingers and hair. 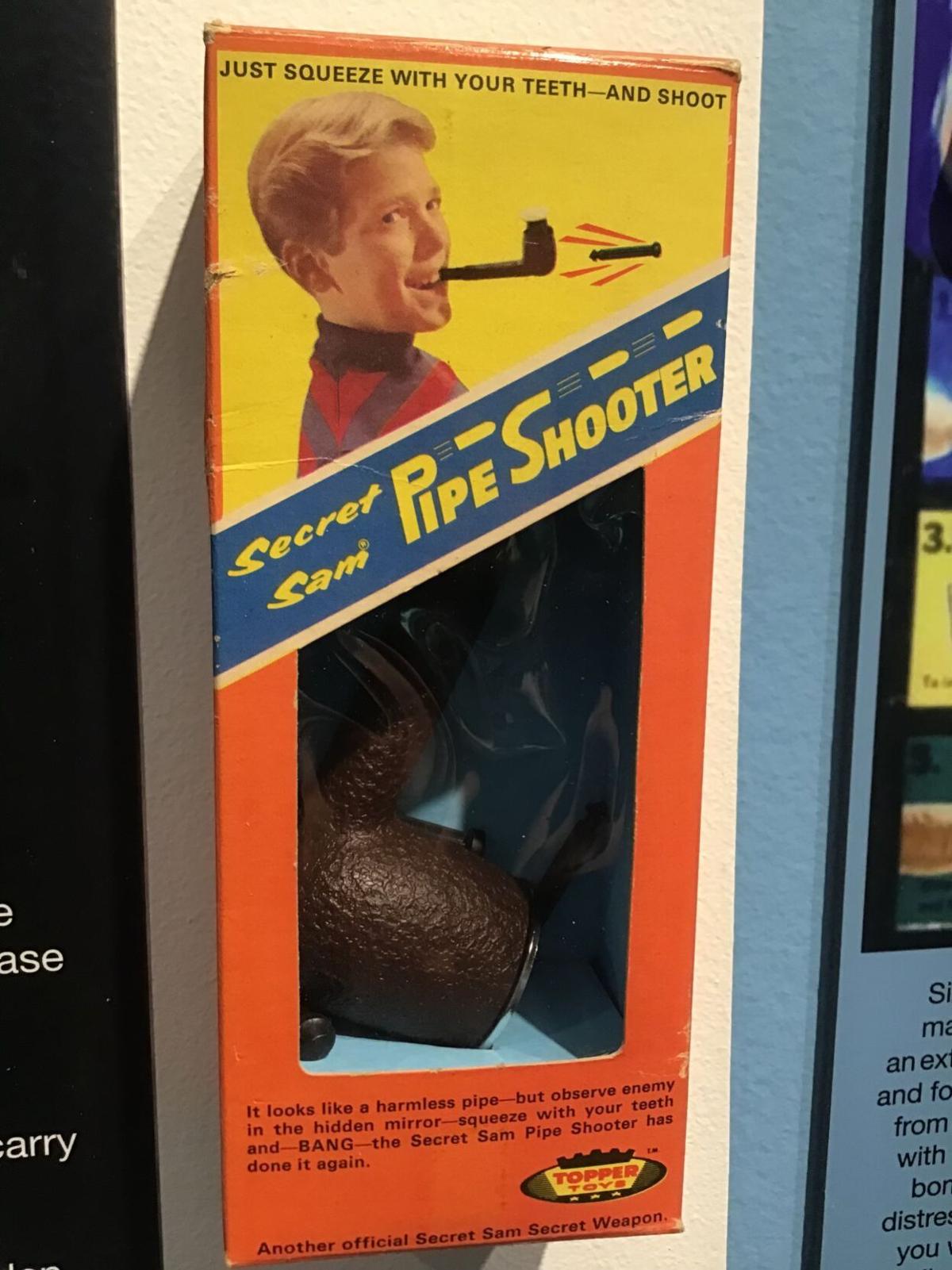 This '50s-era Pipe Shooter, which shoots darts, would be considered problematic in today's toy market. 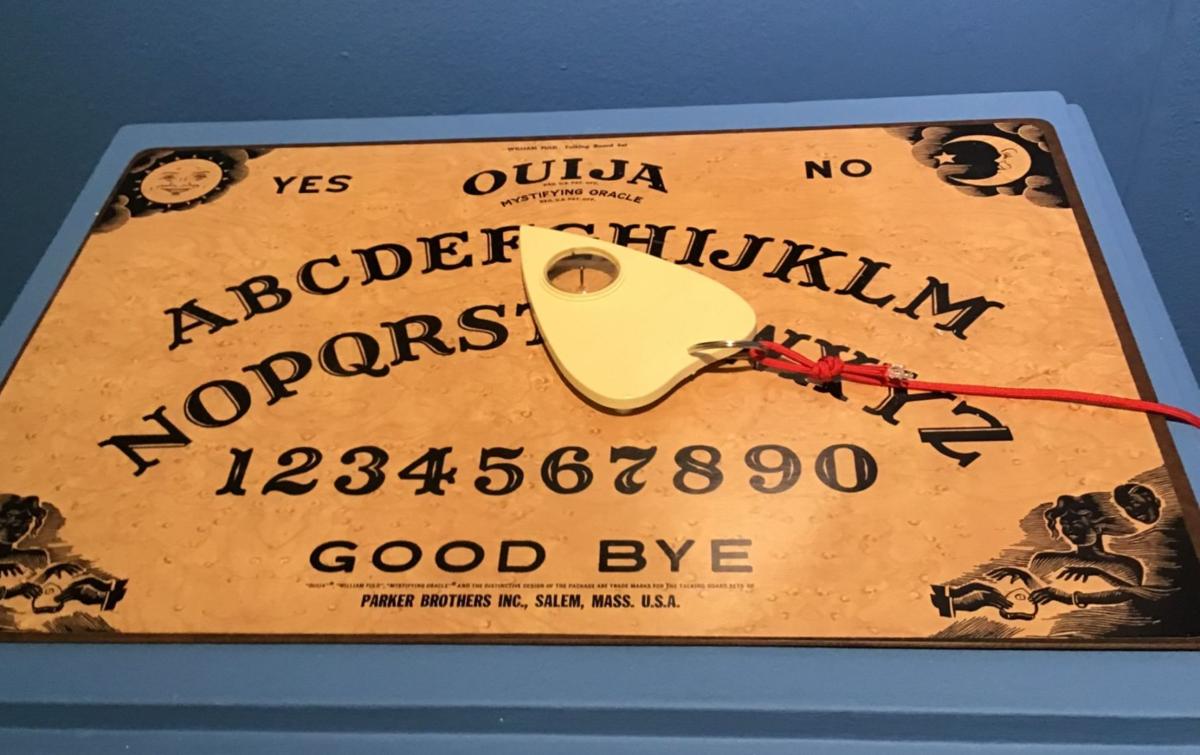 Ouija boards have been popular and controversial for decades.

Science kits containing real uranium. Glass balls that make a fun noise when you slam them together. Heavy, sharp-pointed darts that can be hurled at metal hoops or annoying little brothers.

What could possibly go wrong?

The Napa Valley Museum in Yountville is inviting visitors to ponder that question with its new exhibit, “Dangerous Games: Treacherous Toys We Loved As Kids,” which opened Saturday and continues through Feb. 13.

Executive Director Laura Rafaty said the exhibit was inspired partly by a June 2020 Sports Illustrated article about the resurgence of backyard games during the pandemic.

“The backyard used to be a world of adventure all its own,” Rafaty said. “My big takeaway from this is how different things are today from when a lot of us were kids, when we could just run wild. Our parents didn’t know where we were all day. We just needed to come back in time for dinner.”

Boomers will feel a whiff of nostalgia for the carefree summer days of lawn darts, which packed 23,000 pounds of force per square inch, and Red Ryder BB guns, which, as any fan of “A Christmas Story” knows, could shoot your eye out.

Millennials will marvel at the violent, pre-feminist, molten-hot, toxic and even radioactive toys that are unthinkable in today’s era of fretful parents and trigger warnings.

Super Elastic Bubble Plastic was popular in the ‘70s. The child would put stick a ball of liquid plastic on one end of a straw, blow into the other end, and make a bubble.

“The problem was the plastic contained toxic chemicals, and if you breathed in the fumes you would get high,” Rafaty said of the contraption, which resembles a meth pipe.

The Gilbert U-238 Atomic Energy Lab was an inspiration to budding scientists during the Cold War, but the little sample of uranium ore wouldn’t pass muster on today’s toy market.

It did, however, pass muster with Napa County Sheriff’s Office Bomb Squad Sergeant Chris Pacheco, who visited the museum last Thursday with a Geiger counter and found no radiation present in either of the ‘50s-era science kits that were said to contain uranium ore.

“Sergeant Pacheco put our minds at ease — his Geiger counter remaining blessedly silent when passed over the objects,” Rafaty said. “This tracks with information we received from experts in nuclear energy at the Oak Ridge Associated Universities, who assured us that these objects were not as dangerous as their reputation might suggest, and indeed they inspired many kids to pursue STEM education.”

Also considered problematic today: candy cigarettes, toy guns that look just like the real thing, and glass Clackers that could just as accurately have been called Shatterers.

Even Hula Hoops were associated not just with occasional back injuries but with lascivious hip gyrations that could corrupt innocent young minds. As the Indonesian authorities who banned them put it, they “might stimulate passion.”

And then there were the occult-tinged toys like Ouija boards and magic 8-balls that were criticized for putting kids’ very souls at hazard.

Rafaty said she compiled a list of toys she wanted for the show and gave it to Thurlow Washam, one of the museum’s donors, who went on an eBay buying frenzy.

Brought together in one place, the collection evokes memories of a time and place where kids were granted more independence — for better or for worse.

“It’s about remembering what it was like when you were free and easy,” Rafaty said. “The pre-helicopter parent days.”

The museum is open Thursdays through Sundays from 11 a.m. to 4 p.m. at 55 Presidents Circle in Yountville.

The Calistoga High volleyball team improved to 2-2 in North Central League II play and 5-4 overall with a sweep of visiting Credo of Rohnert Park on Tuesday night.

The Napa Music Industry: Is it time to consider a local union for musicians in Napa? Part Two

Your Turn: Musician Dalton Piercey continues his discussion of whether a local musicians union would help the performing community.

This Napa man inherited an unusual gift: 3,000 vintage buttons. What's next for the collection?

Hundreds of people flocked to Lyman Park on Saturday to honor the Italian-Americans who shaped the Napa Valley’s wine industry, cuisine and culture.

The Cabbage Patch Snacktime Kids doll, one of the hottest toys of Christmas 1996, was recalled the next year after the doll's mechanical jaws started chomping kids' fingers and hair.

This '50s-era Pipe Shooter, which shoots darts, would be considered problematic in today's toy market.

Ouija boards have been popular and controversial for decades.