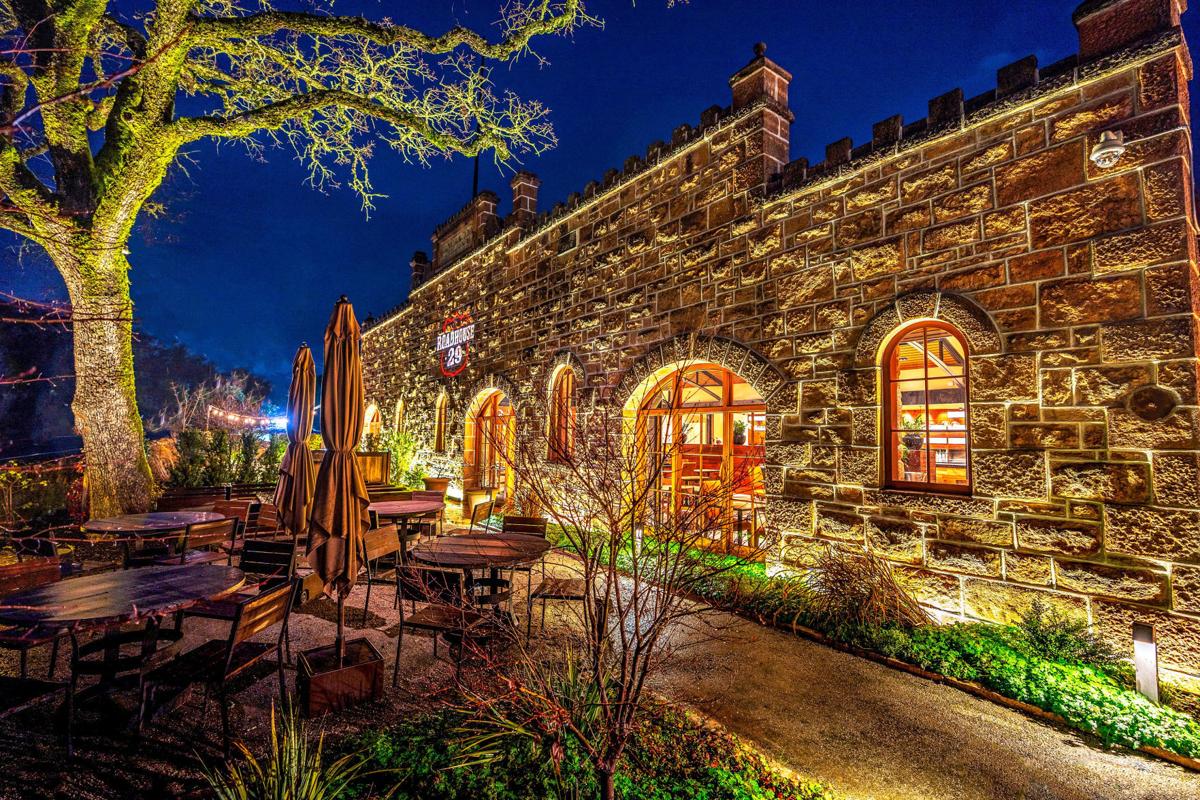 Two Birds One Stone reopens on Wednesday, Jan. 30 as Roadhouse 29 as casual smoked-meat and barbecue eatery with no-tipping policy and a plan that pays its staff a "living wage." 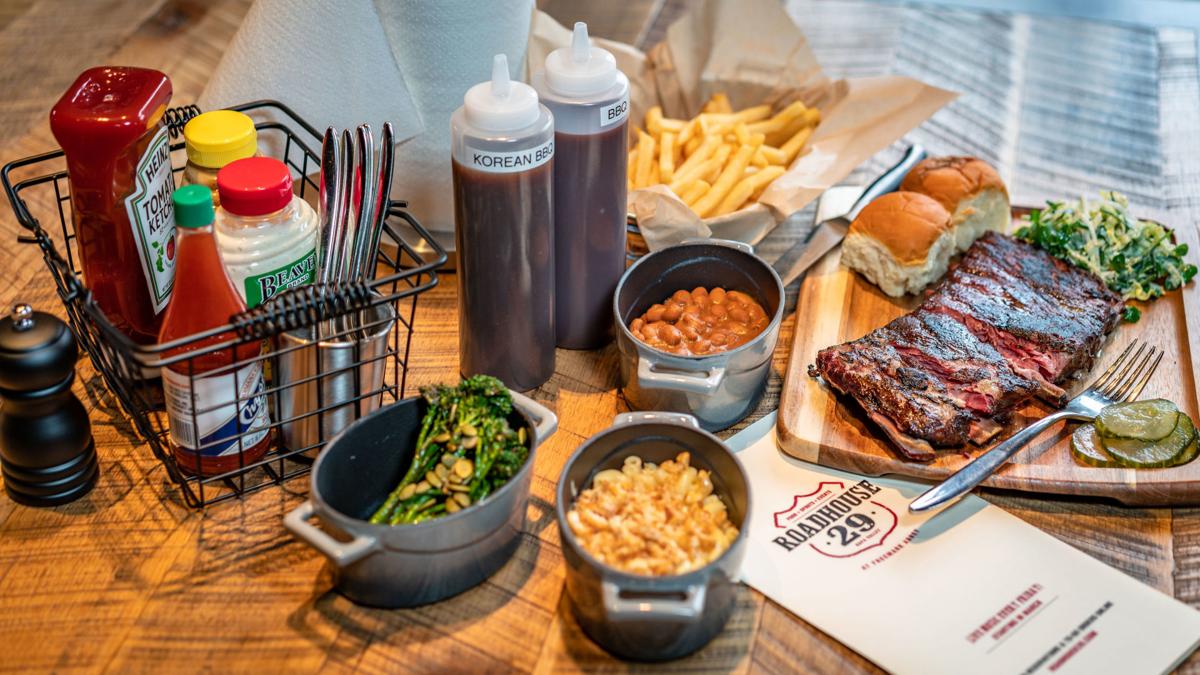 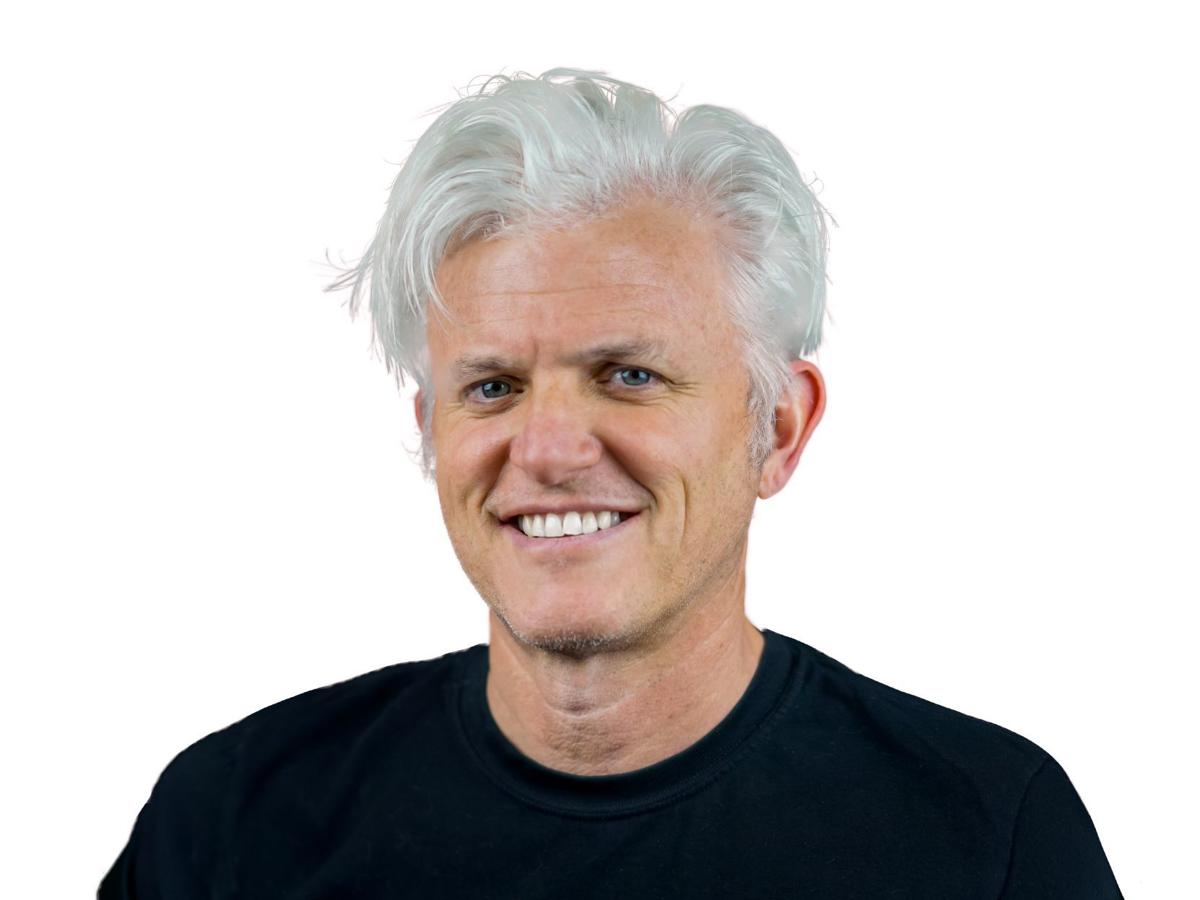 Two Birds One Stone reopens on Wednesday, Jan. 30 as Roadhouse 29 as casual smoked-meat and barbecue eatery with no-tipping policy and a plan that pays its staff a "living wage."

In 2016, chef Douglas Keane and his partners opened an innovative Napa Valley restaurant that served California-inspired cuisine with a decidedly Japanese influence.

But because of its remote location, reduced traffic due to fires, the difficulty of finding enough staff, and the challenges of explaining how menu items such as fried forbidden rice with lap cheong, chili oil and onsen eggs might pair with Napa Valley wines, the team has decided to reinvent the entire culinary concept, service model and name.

On Wednesday, Jan. 30, the restaurant formally known as Two Birds One Stone reopened as Roadhouse 29, a casual smoked-meat and barbecue eatery.

The new concept may be the first of a kind in the Napa Valley in that there is a no-tipping policy and all of the staff is paid well above the minimum wage and receive profit-sharing bonuses.

“Everything changes,” Keane said. “We feel this location and this industry requires rethinking. For us, that includes creating a dining experience that is simple and straightforward. It’s still excellent food but without much need for explanation.

“Our goals are to be more approachable, more affordable and get more energy into what is a beautiful space. We also wanted to redefine what it means to work at a restaurant — make it so people didn’t have to work two or three jobs just to barely squeak by.”

Of the four original business partners, only Los Angeles-based Sang Yoon (Lukshon and Father’s Office) has decided to depart, whereas Keane and his business partner, Nick Peyton along with the building’s owners, Jackson Family Wines, remain.

“We wanted to create something that was easy to like,” Peyton said. “It’s casual, with two TVs in the bar and lots of space inside and out to enjoy. The food’s not difficult to understand, and we are keeping the prices very reasonable with lots of takeout options and simplified service. But in the end, this is still Doug’s food and so it’s certainly something special.”

Many of the items on the new menu — salads, barbecued ribs and grilled steaks — may seem fairly common at first blush. However, the ingredients and techniques used to prepare and serve them reflect the talent of a team led by award-winning Michelin-rated Keane and Peyton.

“People know when the food is good and that’s enough,” Keane said. “We don’t feel it’s important for this new restaurant to spend a lot of effort explaining every step of the process.”

It’s clear, however, that something special is going on behind the kitchen door. For example, the smoked meats are bathed for hours in the smoke of oak wine-barrel staves, which imparts a hint of vanilla. Then they are slow-cooked for days (the brisket takes 72 hours) using sous vide, which allows for precise temperatures over extended time frames.

Because of this process, the meat arrives at the table exceptionally tender and surprisingly moist. Many of the vegetables and other ingredients are sourced locally. The chicken comes from Rocky Free Range poultry in Petaluma, and Flying Goat Coffee in Sonoma has created a special blend for the new restaurant.

The new menu is now full of familiar items such as a Greek salad ($12) or a chopped iceberg lettuce smothered in a thick confetti of bacon from the local Journeyman Meat Co. (JMC, $10.50), as well as an “All American” burger with house-made ranch dressing and JMC bacon ($14) and super-tender Berkwood Farms St. Louis pork ribs ($16 for a half rack and $28 for a full rack).

Those longing for more adventurous fare can still enjoy a few favorites remaining from Two Birds, such as the kale salad with crispy rice and black-garlic dressing ($12), the tangy-crunchy 48-hour kimchi-brined fried whole chicken ($39) and the “42 hour” American Wagyu 8-ounce short-rib steak ($24).

Starting in March, nightly specials will include classics such as prime rib served on Saturdays with creamed spinach, horseradish cream and a baked potato ($28) or homemade chicken pot pie ($18) on Thursdays.

Families who have felt left out of the Napa Valley dining scene will appreciate the kids’ menu, with items such as chicken fingers with fries, pasta with butter and Parmesan or a JMC hotdog, each for only $6. And if that wasn’t enough, any child under 5 eats for free.

Desserts include “Mom’s” cheesecake (actually Keane’s mother’s recipe — $9), Key lime pie with whipped cream ($8), and Strauss Family Creamery chocolate or vanilla soft-serve ice cream ($5) that can include a fudge brownie made with Valrhona chocolate for an extra $2. But don’t expect to see the word Valrhona on the menu. It, like many of the other items and techniques, has been dropped from the menu verbiage for simplicity’s sake.

The wine lists only a few dozen bottles, nearly all of which are from Napa Valley producers. Prices, like nearly everything on the menu, are tame. A bottle of Joel Gott’s crisp Grüner Veltliner goes for $38, and the delicious 2016 Brown Estate Zinfandel is $75. Most wines by the glass are poured from the tap and range from $10 to $20. There is no corkage fee.

Cocktails, including an exceptionally balanced version of the Manhattan, are all $12. Eight beers are on draft, including the locally brewed Mad Fritz ($12). A 16-ounce “Tall Boy” can of Pabst Blue Ribbon is available for a reasonable $4.50 or only $3 during Happy Hour (3 p.m. to 5 p.m. every Monday, and Wednesday through Friday — they are closed on Tuesdays).

The menu prices are low relative to most other restaurants in the Napa Valley. And not having to tip makes the prices even more reasonable. Take, for example, the humble hamburger at $14. At nearly any other restaurant, a 20 percent tip would increase that price by nearly $3.

“I know some people think it’s weird not to leave a tip, but it really defeats the purpose when they do in this case,” Keane said. “If guests want to show their enthusiasm and support for what we’re doing here we hope they’ll order more items off the menu or get something to go. That’s how our compensation model works, and we think people are going to love it once they get over how different it is.”

Beyond providing exceptional value to their customers, the other major concern of Keane and his team revolves around a challenge that most Napa Valley restaurants are facing: the difficulty in attracting and retaining qualified staff. Their answer? Pay a wage that is commensurate with the need.

“The truth is that even at $15 an hour, most people need to work two (or even three) full-time jobs to live here,” Keane said. “So we are paying our people a minimum of $20 per hour and it goes up from there — most are already at $25 or higher. That way our staff — which is more like family at this point — can thrive over the long haul.”

Beyond increasing the base pay every employee at Roadside 29 is also included in a profit-sharing program.

“Eighteen percent of anything above a certain daily revenue threshold gets set aside to be given to our employees,” Keane said. “We’re still working out all the details, but we have it now so that anyone working full time receives one full share of the total from each bonus-pay period. If you work half time you receive half a share. It doesn’t matter if you are the chef or wash dishes, the shares are equally distributed based on how much you’ve worked.”

As Keane explains it, with the increased pay and profit-sharing model an employee may make many thousands of dollars more each year compared to current restaurant compensation practices. The point here is not just more money but also an increased stake in helping improve efficiency and customer satisfaction.

But how does a restaurant pay a wage that is higher than most others in the valley?

“Efficiency is first — it allows us to do more with less,” Keane said. “When people come in they’ll order, get their own water, and we’ll have flatware and a roll of paper towels on the table (just in case). We are not scrimping on food costs because food quality is critical.”

Backed by his team and dedicated business partners, Keane is attempting to revitalize and reinvent an up-valley restaurant. The food they are offering is easy to understand, of good value and of high quality. Will it be enough to attract enough diners to achieve their goal of making this a sustainable model for the staff and owners? Time will tell, but it is encouraging to see business owners attempting to solve the growing dilemma of serving high-quality, affordable food while at the same time taking good care of their staff.

“We are trying to create something fun, provide exceptional value while living up to this beautiful space’s potential,” Keane said. “At the same time, we are dedicated to ensuring fair working conditions for restaurant professionals. It’s been unfair for too long. There’s a solution here somewhere, and we’re doing everything we can to figure it out. We hope our customers agree.”

On Oct. 18, Girard Winery on Dunaweal Lane in Calistoga opened its doors to 200 wine club members eager to see the modern showpiece for Vintag…