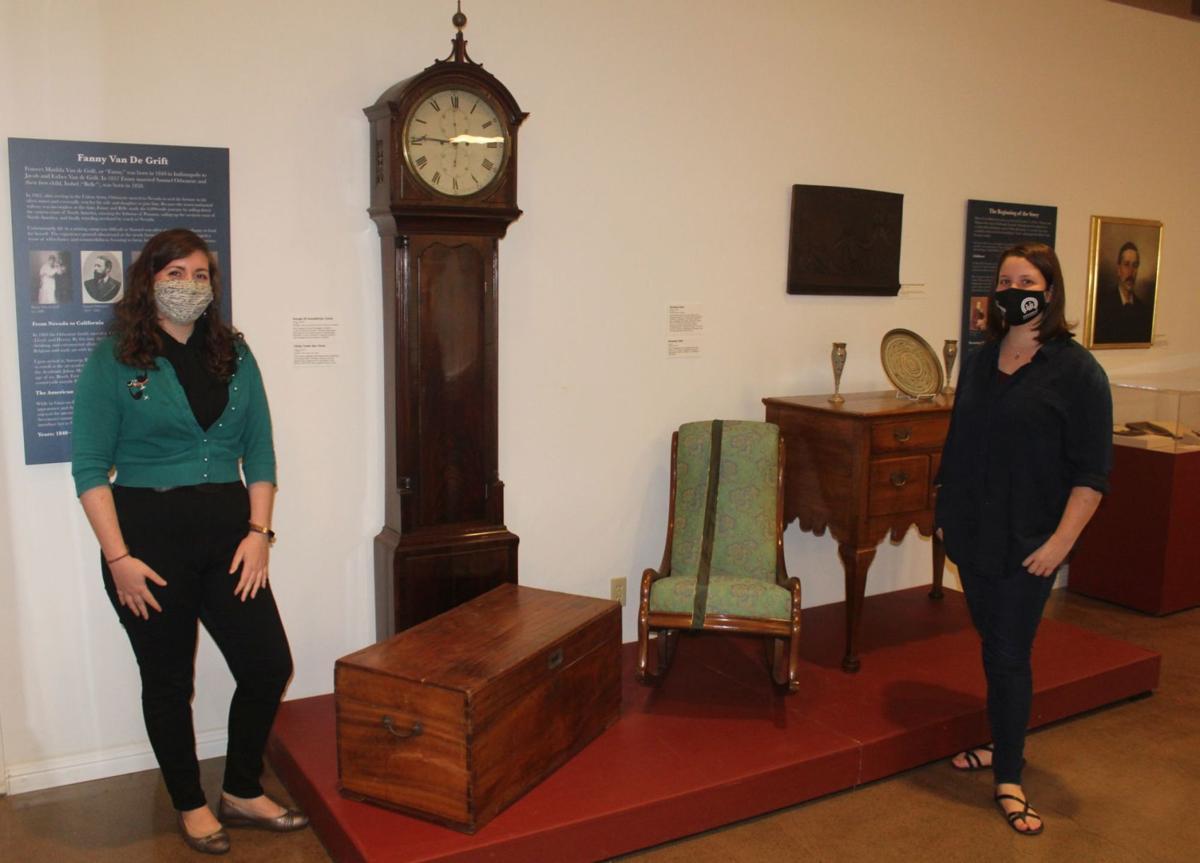 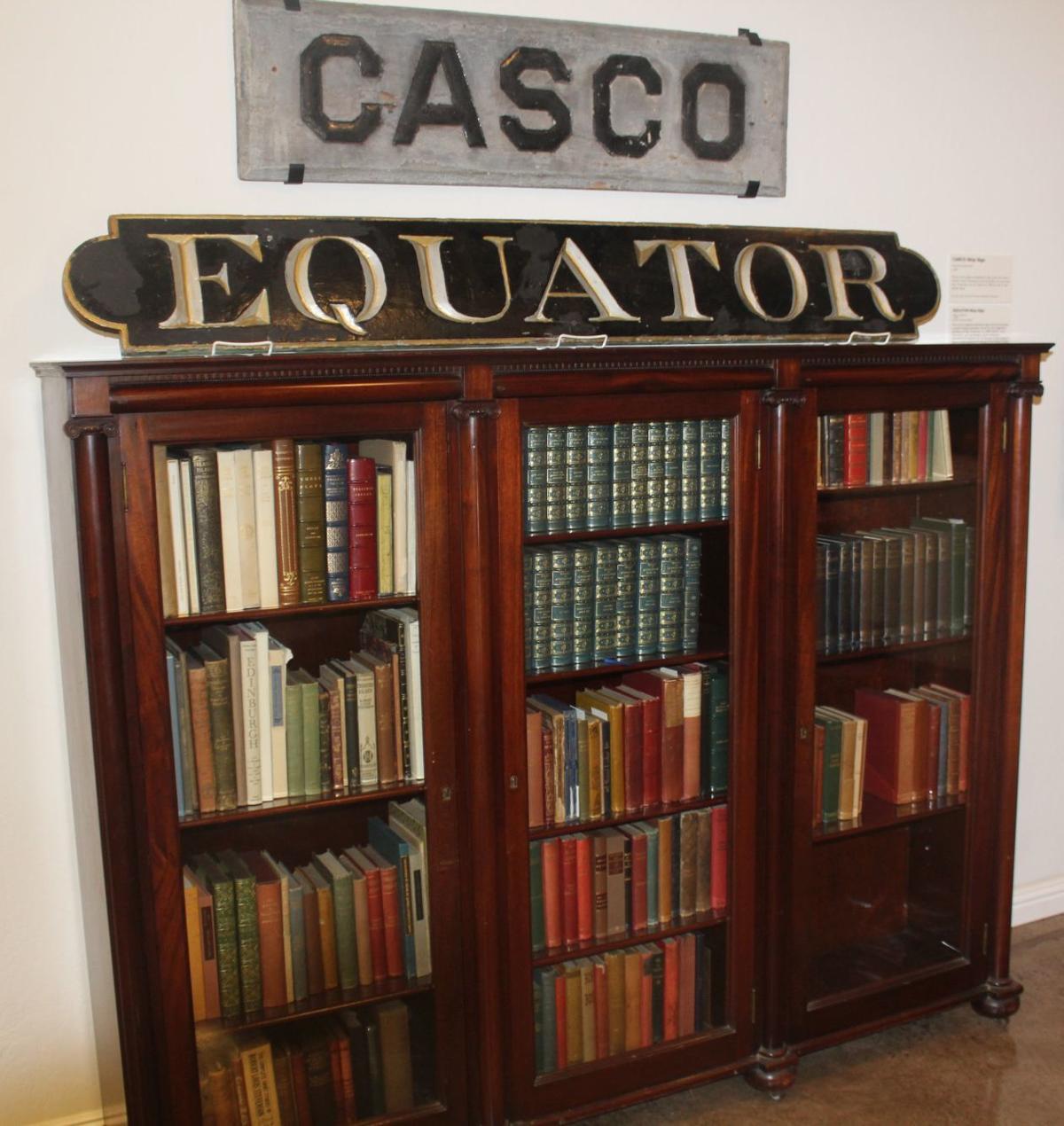 The Robert Louis Stevenson Museum houses a vast collection of books by and about the Scottish author. 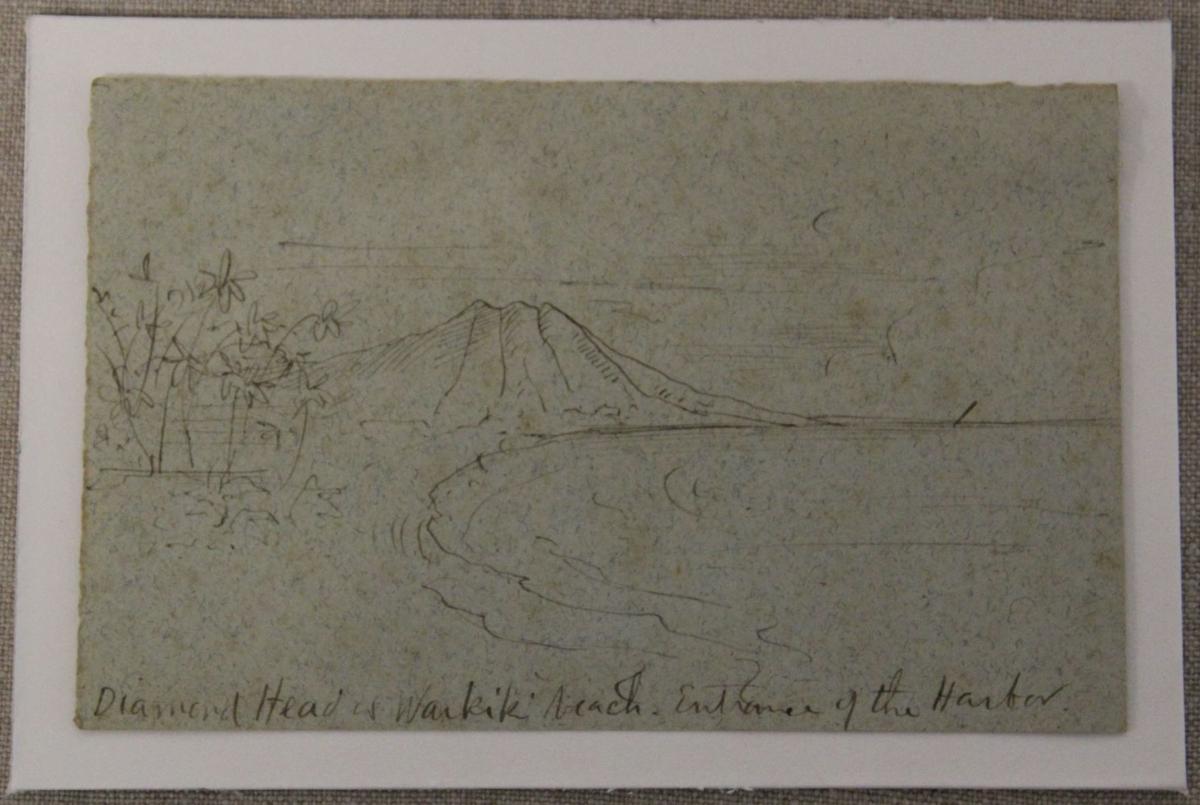 Robert Louis Stevenson's sketch of Waikiki Beach is on display at the RLS Museum. 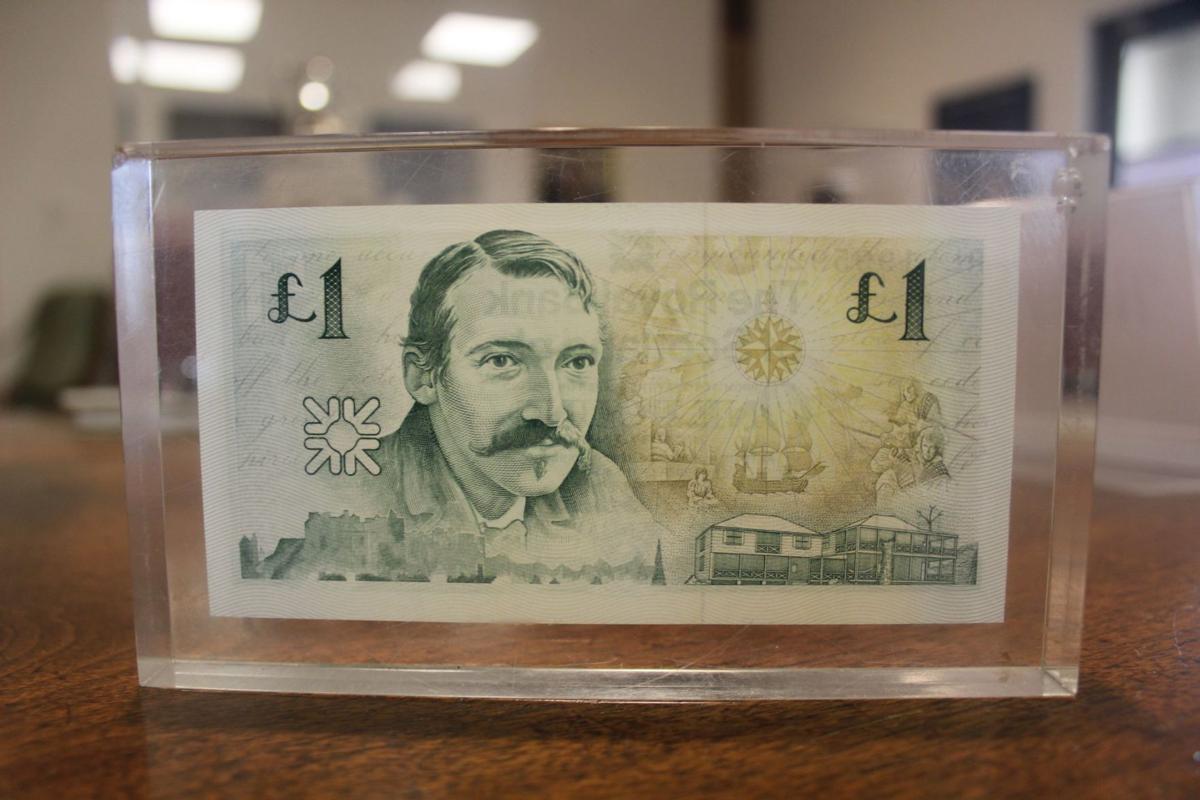 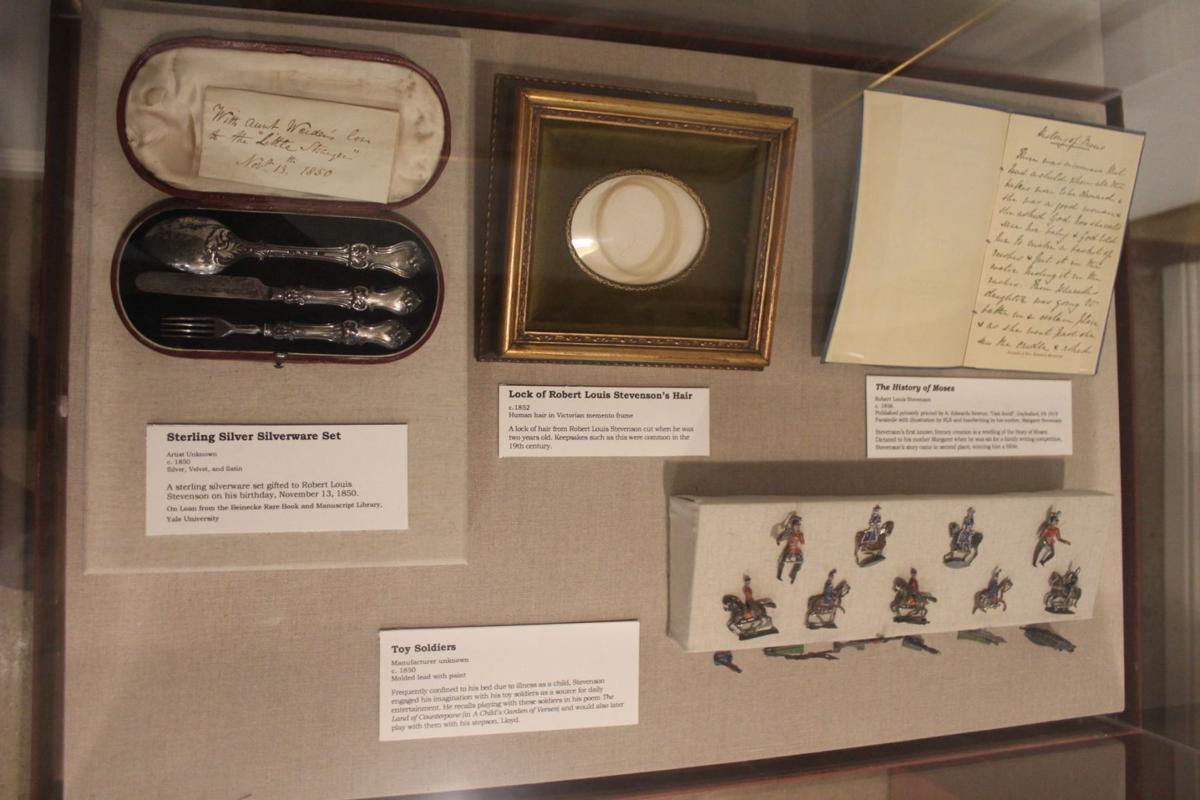 Silverware, toy soldiers, an early Stevenson work, and a lock of his hair are on display at the Robert Louis Stevenson Museum.

Tales of derring-do and quirky mementos from the colorful and peripatetic life of a literary giant are once again accessible at St. Helena’s Robert Louis Stevenson Museum.

The museum, located next to the St. Helena Public Library, reopened by appointment Thursday, April 15, after being closed for over a year during the pandemic.

During the closure, the museum underwent an extensive overhaul. There’s a new ceiling with improved lighting, new informational panels, and some fresh items that have taken out of storage, including Stevenson’s tiny but competent sketch of Waikiki Beach in Honolulu.

“That’s never been on display before, but it’s quite a unique little treasure,” said Executive Director Barrett Dahl.

There’s also a rare copy of “The Graver and the Pen,” a book of verse with woodcut prints engraved and hand-pressed by Stevenson himself, as well as Stevenson’s personal copy of “Beau Austin,” a play he co-wrote with his friend William Henley.

Stevenson was born and raised in Scotland, spent his honeymoon on Mount St. Helena, and lived everywhere from Dorset to Samoa. His travels helped inspire stories like “Treasure Island” and “Kidnapped.”

He also accumulated keepsakes, many of them on display at the museum. When you drop in, be sure to ask Dahl for the story behind the snuffbox — it involves a half-mad pirate with a craving for parmesan cheese.

Over the last year, the museum made headway on cataloging and digitizing its vast collection of Stevenson’s papers: letters, manuscript pages from “Strange Case of Dr Jekyll and Mr Hyde” and “St. Ives,” and sketches by Stevenson, his wife Fannie and stepdaughter Belle.

With help from a Napa County grant, those documents will be posted online and accessible to researchers around the world.

“We’ll have the first dump of materials uploaded around August,” Dahl said.

The museum is also translating its informational panels into Spanish and making the translations available on iPads.

The museum is relying heavily on its endowment, after being forced to cancel its annual fundraiser twice — first because of the 2019 wildfires and then because of the pandemic. It won’t be rescheduled until public gatherings are safe and supporters feel comfortable.

However, donors were very generous in response to a fundraising appeal at the end of 2020, Dahl said.

Aside from money, the museum is looking new boardmembers who are “excited, enthusiastic, and want to support the museum and share Stevenson with everybody,” Dahl said. Would-be boardmembers can email info@stevensonmuseum.org.

The newest boardmember is Katie Cincotta, who joined last April. She studied Victorian literature, including Stevenson’s books, in college.

“(The museum) keeps Stevenson’s work alive,” Cincotta said. “He was such a big character, so it’s pretty cool to find him in a relatively small community like St. Helena.”

Stevenson’s work has had remarkable longevity, inspiring everything from “Muppet Treasure Island” to “Pirates of the Caribbean” to “Black Sails.”

“The more you learn about him, the more you realize how pervasive his influence is,” Dahl said.

The Sharpsteen Museum will re-open April 16 with an exhibit featuring a wide variety of works from internationally known artist Earl Thollander.

Brannan Stables can and should be saved

Letter: Due its history, Brannan Stables should be saved from being turned into apartments.

Calistoga founder Sam Brannan's historic stables should not be torn down

Letter: Historic Brannan Stables should be saved instead of torn down to make way for apartments on Grant Street.

The Robert Louis Stevenson Museum houses a vast collection of books by and about the Scottish author.

Robert Louis Stevenson's sketch of Waikiki Beach is on display at the RLS Museum.

Silverware, toy soldiers, an early Stevenson work, and a lock of his hair are on display at the Robert Louis Stevenson Museum.