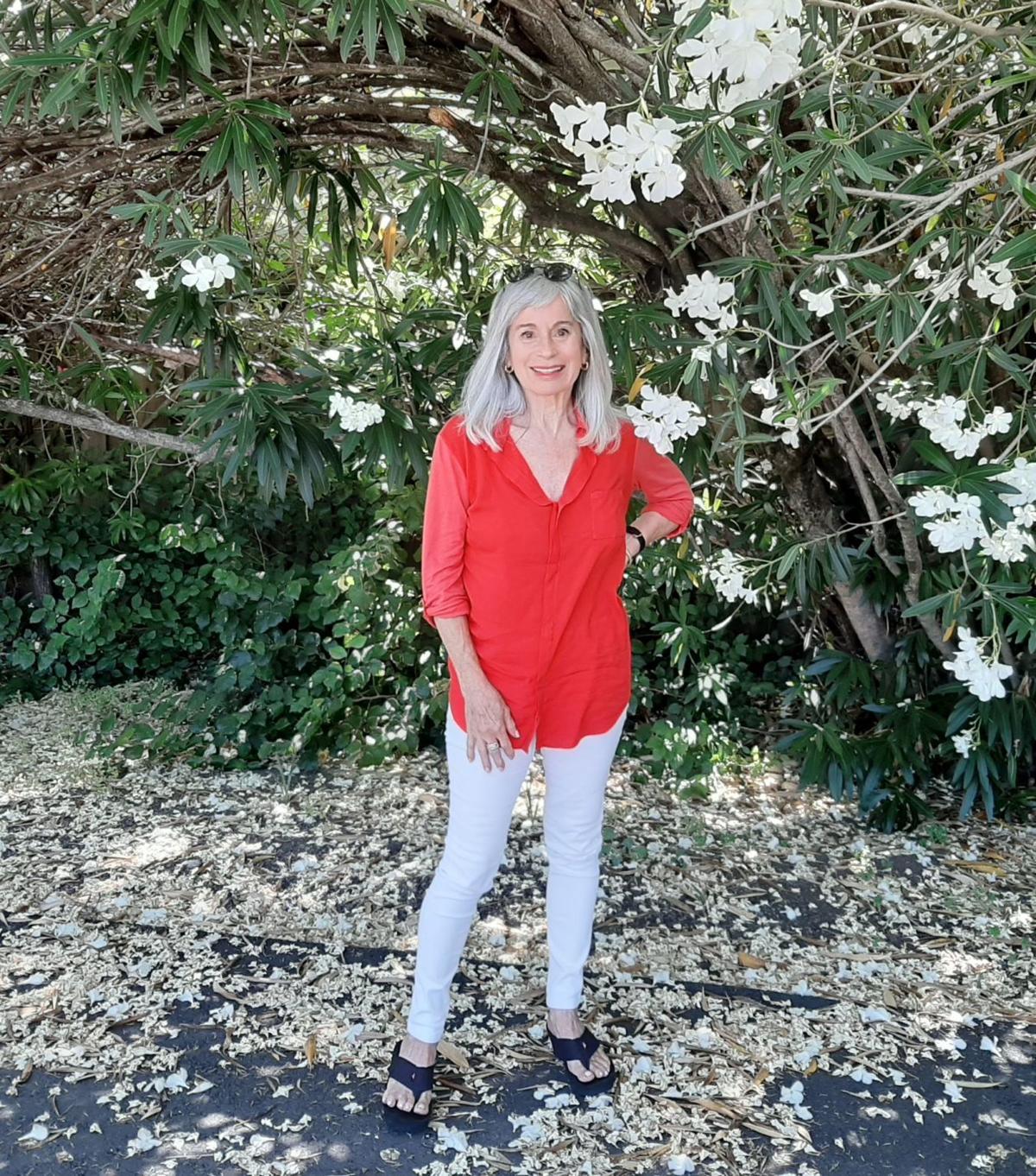 Author Zia Wesley has written books about natural skin care, and historical fiction novels about powerful women. She moved to Calistoga in March, just as social distancing rules were being mandated. 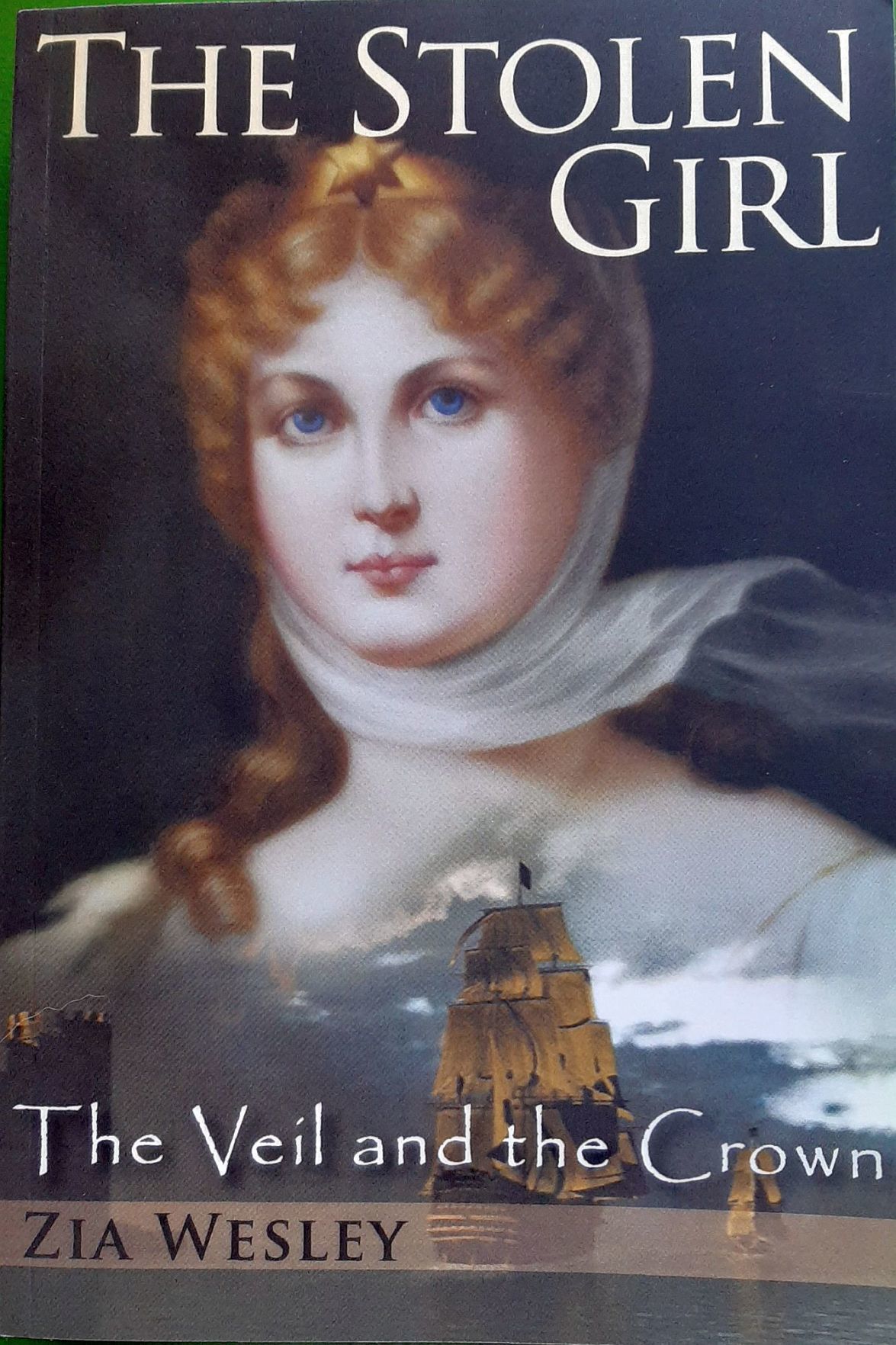 The Stolen Girl tells the story of one woman's behind-the-scenes power during the Ottoman Empire. 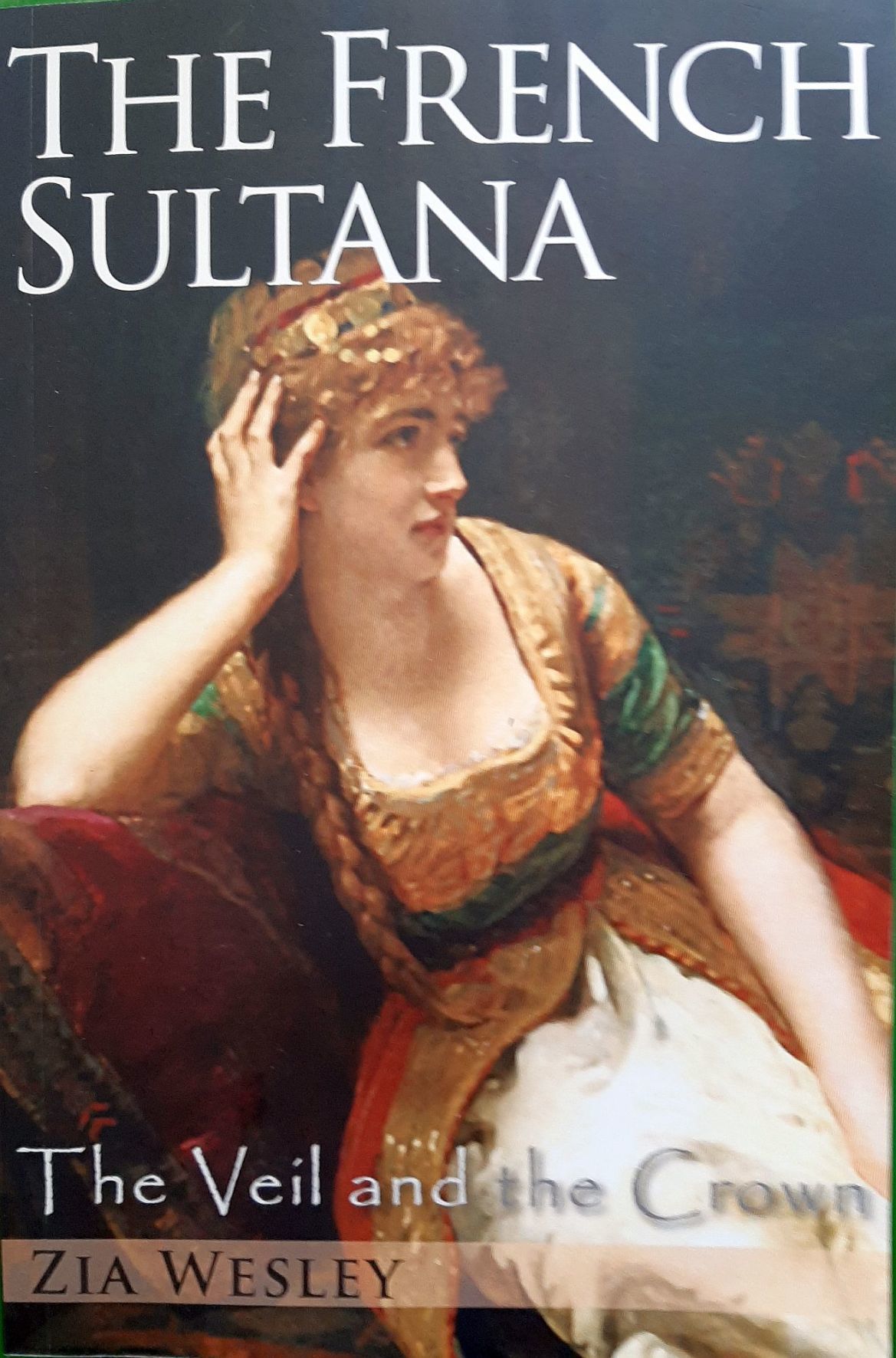 The French Sultana is a second book by Zia Wesley, continuing the story of a young woman captured from a convent, and her rise in power during the Ottoman Empire.

In a real-life saga that rivals “Game of Thrones,” a young virgin is abducted from a French convent. Within a year, she becomes the favorite “wife” of the sultan of the Ottoman Empire, out of a harem of 500 women, and mother of his heir. Thus, at the height of the Ottoman Empire, she emerges as the power behind the throne of three consecutive sultans.

That’s the tale told in two novels by author Zia Wesley, who recently moved to Calistoga. More on these stories in a moment.

Like her characters, Wesley’s own writing career has taken many twists and turns as well. Many years ago, it started when she wrote the first guidebook to mudbaths in Calistoga.

In the mid-1970s, Wesley drove up to town from Corte Madera for a visit. She’d heard about the mud baths and was curious. Before the Internet, “I couldn’t find any information on it. I literally had to drive up to find any information, and I just fell in love with them.”

She was so impressed she went around and investigated what each spa had to offer, and created a guidebook. Back then, she made copies herself, stapled pages together, and advertised it in the Marin Independent Journal for about $5-$10 a copy.

“It was really useful. I’m sorry I didn’t take it further to self-publish it or find a publisher, and make it more like a real guide,” she said.

After living in Southern California, and then the Bay Area, Wesley moved to Calistoga in March, just as the restrictions around COVID-19 were tightening. There were still a lot of questions around the pandemic, and “nobody knew what we were going to be able to do and not do. There was a lot of stress around the move,” she said. “And it was so weird because I couldn’t meet anyone, not even my neighbors.”

Originally from Bedford Hills, New York, a town smaller than Calistoga, Wesley comes from a musical family, and “was addicted to ballet from the time I was three,” she said, and was semi-professional by the time she was 13.

Several years later she was cast in the first Broadway show she auditioned for, “Hair.”

After performing in several Broadway shows, in the late 1970s she started doing studio work, had an offer to travel with the singing group The 5th Dimension, but didn’t want to leave her young daughter while she was on the road.

Skin care booksWesley decided to attend the Vidal Sassoon cosmetology school in San Francisco and subsequently opened a skin care salon in Sausalito with products she created herself. At that time, she had also developed adult acne and found a natural way to get rid of it. That prompted her to start a natural cosmetics and skincare company, the first in the U.S., Wesley said, and it grew to the number one product the natural food industry.

“A woman came for a consultation who had everything wrong with her skin. I guessed her age to be 10 years more than it was,” Wesley said.

The woman, Tobi Sanders, contacted her many weeks later to say she had followed Wesley’s advice to the letter and her appearance had been transformed. She told Wesley she should write a book with all of her wisdom on skin care. “She said, ‘if you can do this for me, you can do this for thousands of women. And I’m the head of Bantam Books.’”

At age 35, Wesley wrote her first book on comprehensive skin care. “Being Beautiful” was based on her discoveries in the field of healing and anti-aging. Sanders became Wesley’s editor, and the book became a best-seller. Five other nonfiction books in the genre of beauty/health/well being followed, some of them best-sellers. She’s also written a book on men’s skin care.

She sold the cosmetics company, Zia Cosmetics, Inc., to the Hain Celestial Group in 2005.

‘The Stolen Girl’At the age of 69, Wesley entered the world of historical fiction. She became intrigued with historical women of influence when, many years earlier, a friend gave her a book of short stories depicting such figures, with “very unusual lives.”

One story in particular stayed with her. It was about a young girl in the 14th century who was abducted from a convent by pirates in France and sold to a sultan in Turkey. Out of 500 women in the harem, she became the sultan’s favorite and bore him an heir.

“That’s the only way you could have had power in the Ottoman Empire,” Wesley said. “It was a story I loved. Reading it, I saw it as a movie.”

She never forgot the story, and about 20 years later, living in the middle of nowhere in Colorado, she was inspired to start writing her own version. She wrote in long hand for 10 hours a day.

Back in San Francisco, she did research on the subject, and after a few years ended up with more than enough material for a book, so it became two. She self-published “The Stolen Girl” through Amazon.com in 2014.

After about a year, sales skyrocketed, and even without publicity the book is still selling steadily. The second volume is titled “The French Sultana.”

The next ‘Game of Thrones’Now, Wesley has her attention focused on getting “The Stolen Girl” books to film.

“This is the most fabulous HBO-style series. This is ‘Game of Thrones,’ but with real people. She goes from being an 18-year-old virgin out of a convent … and becomes the power behind the throne of three consecutive sultans at the height of the Ottoman Empire. How does that happen?”

More booksWesley has also published a “very racy” memoir on her first trip to Italy in 2015. The trip was a birthday present to herself on her 70th birthday. Not sure what she was getting into, “Notes from a Broad: My Uncensored Year in Italy” makes entertaining reading when you follow your intuition and signs from the universe. “All you have to do is pay attention,” Wesley said.

Wesley is now also ghost-writing the autobiography of “Hair” producer Michael Butler, whom she has known for more than 50 years.

Born in 1926, Butler was born a third-generation multi-millionaire, and “His family looked down on the Kennedys, as they were new money,” Wesley said, although Butler ended up as good friends with Jack Kennedy. Butler was also openly bisexual his whole life. His first male lover was Rock Hudson, followed by Tyrone Power, Wesley said.

“Because I know him so well, I have his voice. And he’s maybe the most fascinating person I know.”

M.F.K. Fisher’s Legacy — the Napa Valley and beyond

Although M.F.K. Fisher died in 1992, her books and essays on food and wine remain a powerful testament to a woman who built a literary genre t…

It took St. Helena resident Terry Maurer only a decade to write his autobiography, “Dirt Farmer’s Son,” while it took him 78 years to live it.

Copperfield's Books in downtown Calistoga is offering curbside pick-up for books on Tuesdays and Saturdays.

ABCs of Calistoga: M is for mud bath.

Mud baths are one of the reasons people flock to Calistoga. The unique mixture of volcanic ashes various spas in Calistoga blend are said to b…

Author Zia Wesley has written books about natural skin care, and historical fiction novels about powerful women. She moved to Calistoga in March, just as social distancing rules were being mandated.

The Stolen Girl tells the story of one woman's behind-the-scenes power during the Ottoman Empire.

The French Sultana is a second book by Zia Wesley, continuing the story of a young woman captured from a convent, and her rise in power during the Ottoman Empire.