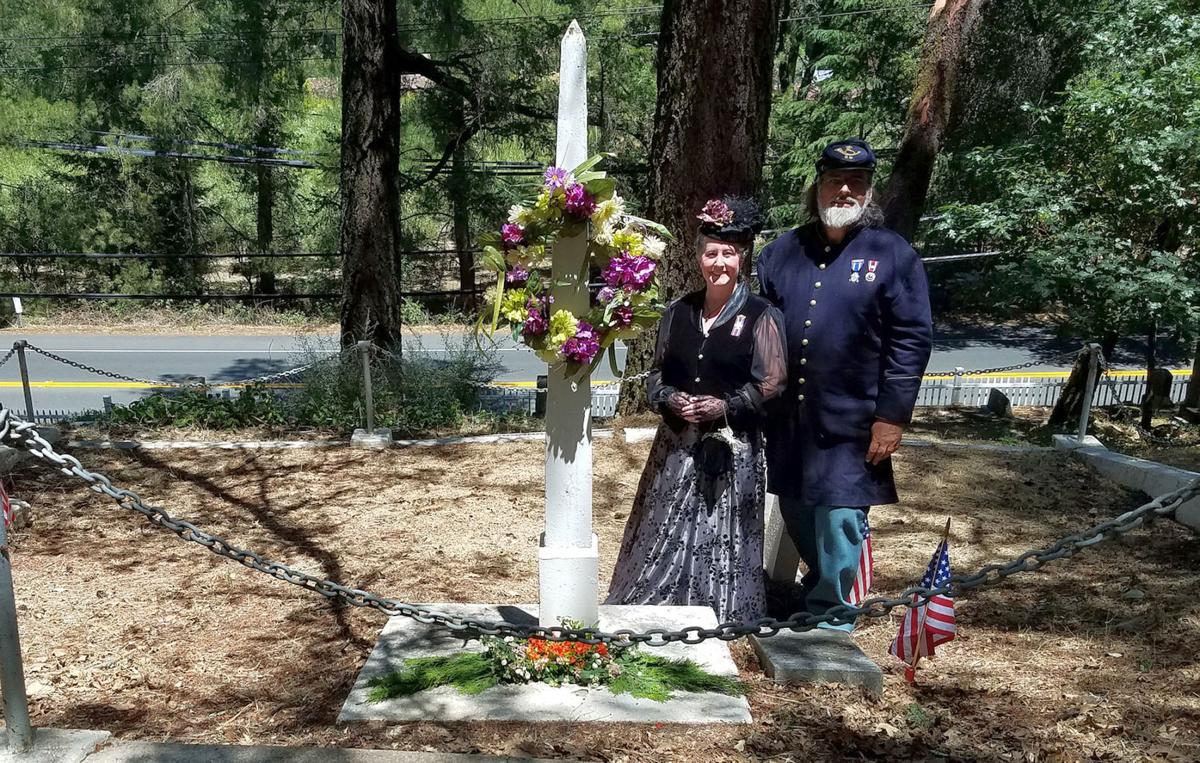 Cindy Eddy and Dean Enderlin at the Grand Army of the Republic (GAR) plot in Pioneer Cemetery on Monday. As successors to the GAR, they carry on the traditions to honor them. 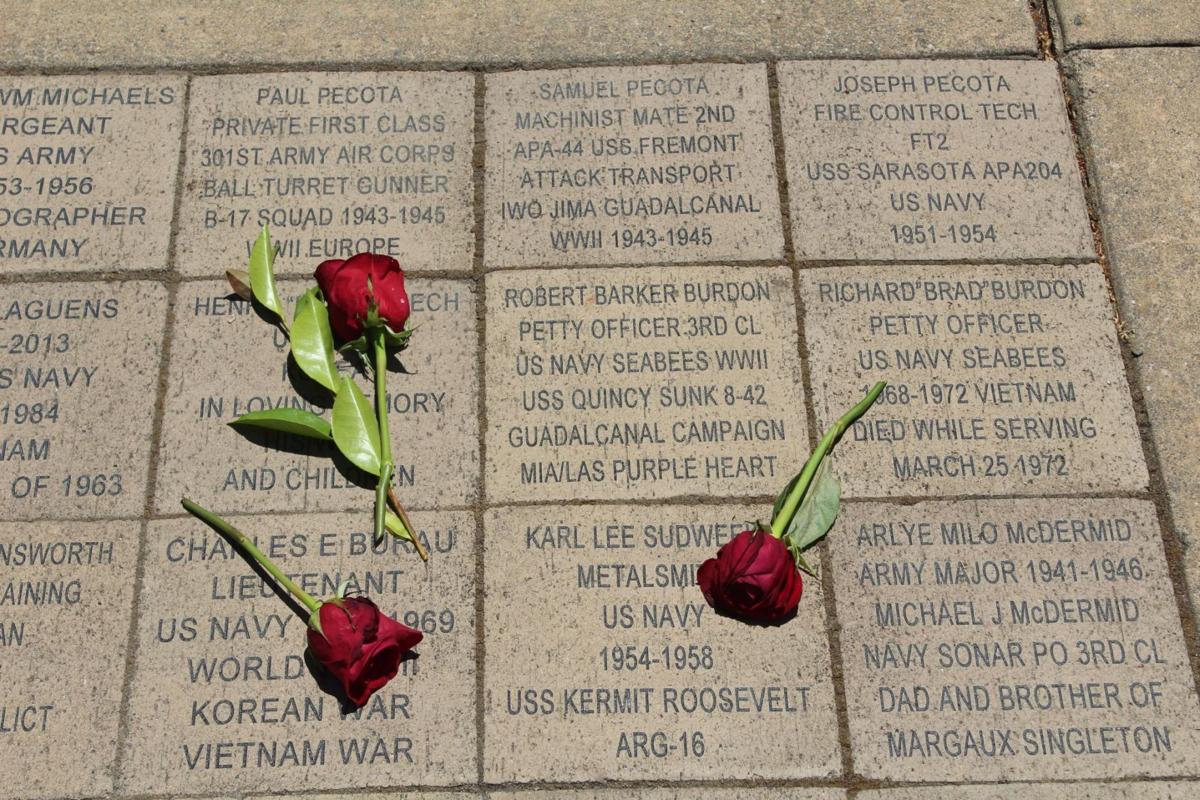 Roses were placed on bricks honoring veterans at the Veterans Memorial at Logvy Park in Calistoga over Memorial Weekend.

Calistogans have gathered at this plot in Pioneer Cemetery for Memorial Day every year since 1883. With no public program this year due to the pandemic, we felt it was important to keep the 139-year tradition of gathering at the plot on Memorial Day unbroken.

The plot was presented to Calistoga’s Governor Morton Post, No. 41, GAR, by Samuel Collins in 1883. Collins owned the cemetery at the time, and was also a member of the post. The obelisk, which is known as the “Monument to the Unknown Dead,” is a replacement of the original, which was installed in 1892.  It symbolizes not just those lives lost in the American Civil War, but in all wars and conflicts.

After decorating the obelisk with flowers, we read General John A. Logan’s Order No. 11 to the GAR, which first proclaimed a nationwide Memorial Day in 1868, as well as other patriotic selections. We’re hoping that next year Calistogans will be able to gather at the GAR plot in greater numbers once again to continue the tradition for a 140th consecutive year.

A salute on Memorial Day at Calistoga's Pioneer Cemetery

Playing Taps at Pioneer Cemetery in Calistoga on Memorial Day

Remembering the fallen at Pioneer Cemetery in Calistoga

Jean's Corner: Having a ball in Calistoga in the 1940's

Jean Kelly writes about her time living in Calistoga during the 1940s when her family owned Kelly's Village Green, the former Café Sarafornia.

Observances at Napa's Veterans Memorial Park and the St. Helena cemetery will highlight the holiday.

There will be no official services at either Pioneer Cemetery or at the Calistoga Veterans Memorial on Memorial Day this year, due to the pandemic.

Daniel Hernandez is Calistoga Teen Club's member of the month

Daniel Hernandez has been named Teen Club Member of the Month at the Calistoga Boys & Girls Club.

The Ortiz Brothers' popular Oaxacan-style Hot Tamales can be found at the Calistoga Farmer's Market, and coming soon to a stand-alone location at The Calistoga Depot.

From the editor: Where's my paper?

Weekly Calistogan editor Cynthia Sweeney on paper delivery issues, and why we like it Upvalley.

Cindy Eddy and Dean Enderlin at the Grand Army of the Republic (GAR) plot in Pioneer Cemetery on Monday. As successors to the GAR, they carry on the traditions to honor them.

Roses were placed on bricks honoring veterans at the Veterans Memorial at Logvy Park in Calistoga over Memorial Weekend.