Bosko's Trattatoria in downtown Calistoga will be closing at the end of September. 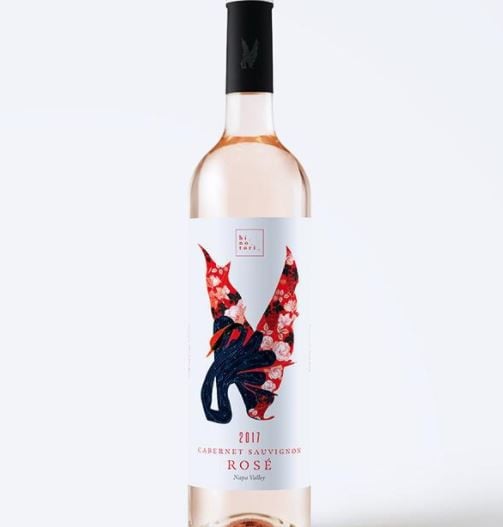 Hi no Tori Rose from the Chiang family vineyard in Oak Knoll. Chiang's will reopen Bosko's Trattoria in Calistoga as Mariage in late spring 2020.

Bosko's Trattatoria in downtown Calistoga will be closing at the end of September.

Hi no Tori Rose from the Chiang family vineyard in Oak Knoll. Chiang's will reopen Bosko's Trattoria in Calistoga as Mariage in late spring 2020.

After 37 years as part of the Calistoga downtown community, Bosko’s will be closing at the end of September, and reopening next year under a new owner, with a new menu and concept.

Bosko’s owner Jon Seeger sold the historic building it’s housed in last year to the Chiang family. Based on Meadowbrook Farm in Oak Knoll, the Chiangs also own the bed and breakfast The Pink Mansion on Foothill Boulevard, which is currently being remodeled. The family comes from Taiwan and has roots in Japan as well, DeGraff said.

“When Jon put the building up for sale, they thought it would be a good complement to what they have going on,” DeGraff said.

DeGraff said he couldn’t reveal details about the new restaurant, but Bosko’s will be renovated and rebranded as Mariage, French for “marriage,” with the concept of the marriage of food and wine. Mariage will also be going “hand in hand” with a wine club that Chiang is launching in October.

A chef from a Michelin Star restaurant will also be brought on board. Look for a late spring 2020 opening, DeGraff said.

Bosko’s is on Lincoln Avenue next to Brannan’s Grill, which closed last July. It serves Italian comfort food including pizza, pasta, salads and specialties.

During the last week of September, all revenues at the restaurant will go straight to the employees, DeGraff said.

“They are our number one asset. We’ve never had a labor shortage in the three years I’ve been here,” he said, adding some employees have been there for nearly 20 years. “I’m hoping we get a lot of the Bosko’s followers (during that week). I’m already getting a lot of emails.”

Seeger opened the restaurant in March 1983 as Bosko’s Pasta Deli, with the idea of making fresh pasta and great espresso, he told The Weekly Calistogan in 2008. The initial investment was about $55,000 — $15,000 of which came from his high school pal, Phil Boskovich, nicknamed Bosko.

At that time, Bosko’s was located on the corner of Washington Street and Lincoln Avenue, where Alex Dierkhising and Gayle Keller’s Hydro Grill is today.

In a blending of cultures East and West, symbolism for resurrection and good will, and recognition of disaster and a contribution for recovery…