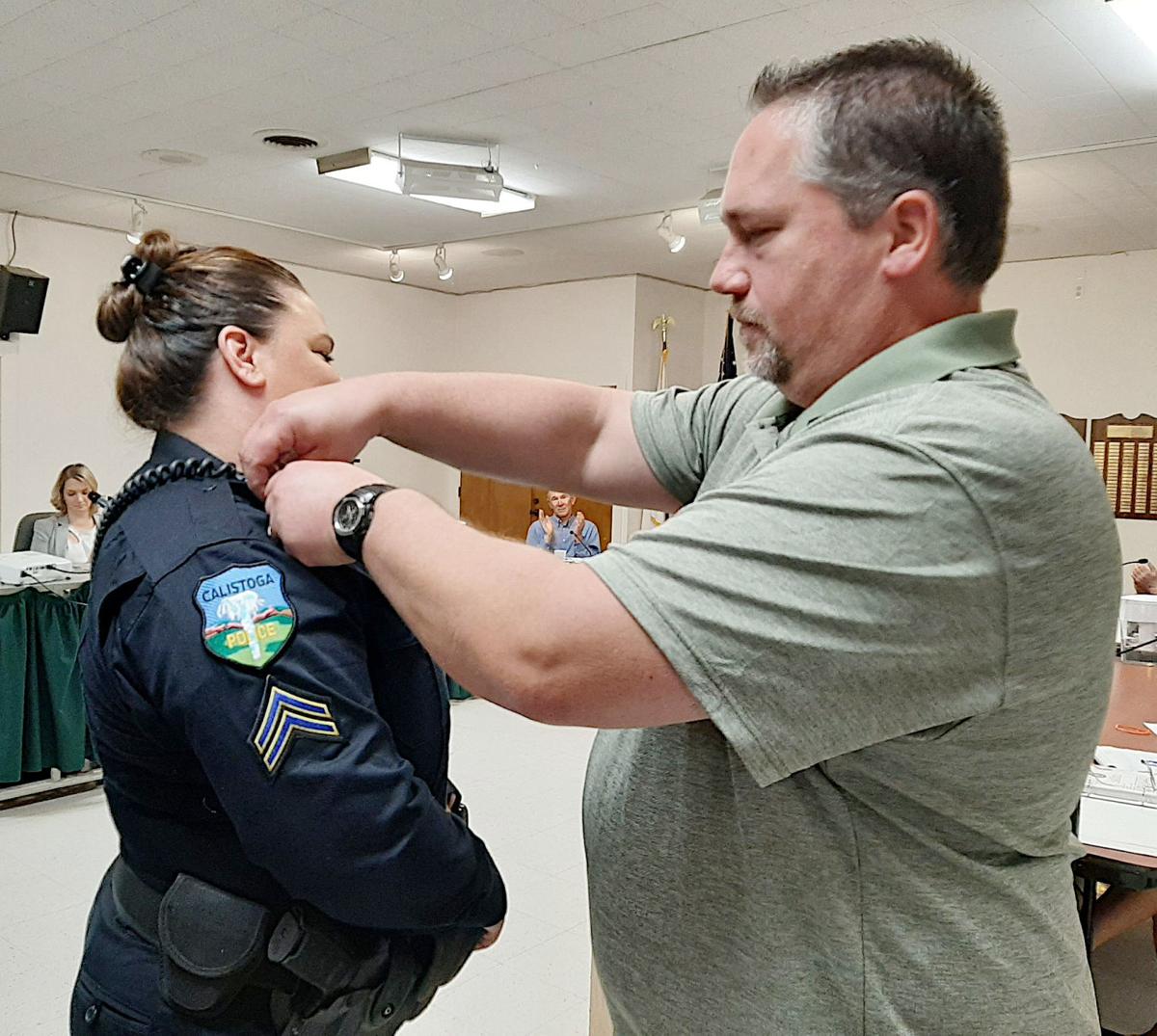 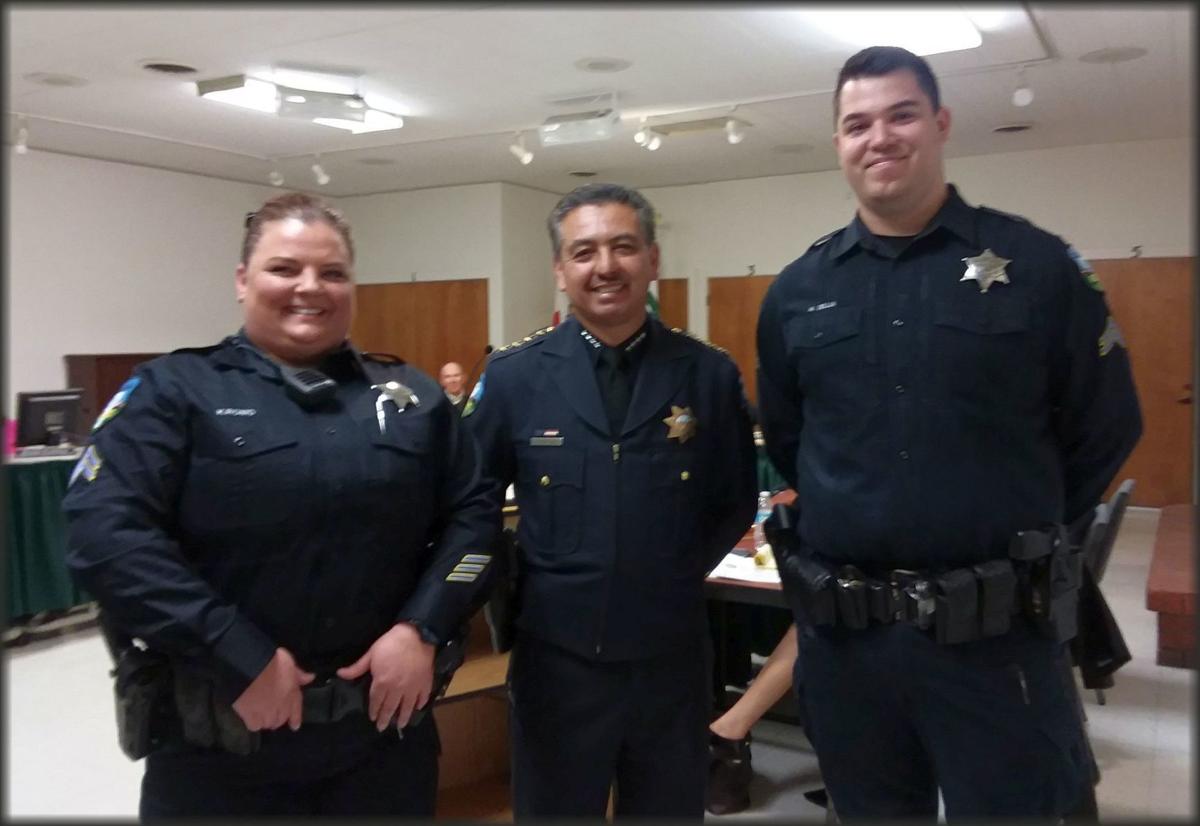 Calistoga Police Corporal Kristi Romo has been appointed to the position of Acting Sergeant, filling the position after Sgt. Matt Freese retired Jan. 31.

Having served for 17 years, Romo is the most senior officer in the Calistoga Police Department.

Romo has had many duties over the years including eight years as field training manager, and has won numerous awards and accommodations. Last November she was promoted to the position of police corporal.

“When Freese retired, it was not a difficult decision to (choose who would) fill his shoes,” said Police Chief Mitch Celaya. “She has trained every officer on the force. I have the utmost confidence she will do a great job for us.”

Freese had served for 28 years with the department before retiring.

The Calistoga Police Department has promoted two of its officers to the position of Police Corporal.

Calistoga welcomes two new police officers and the retention of Chief Mitch Celay for another year.