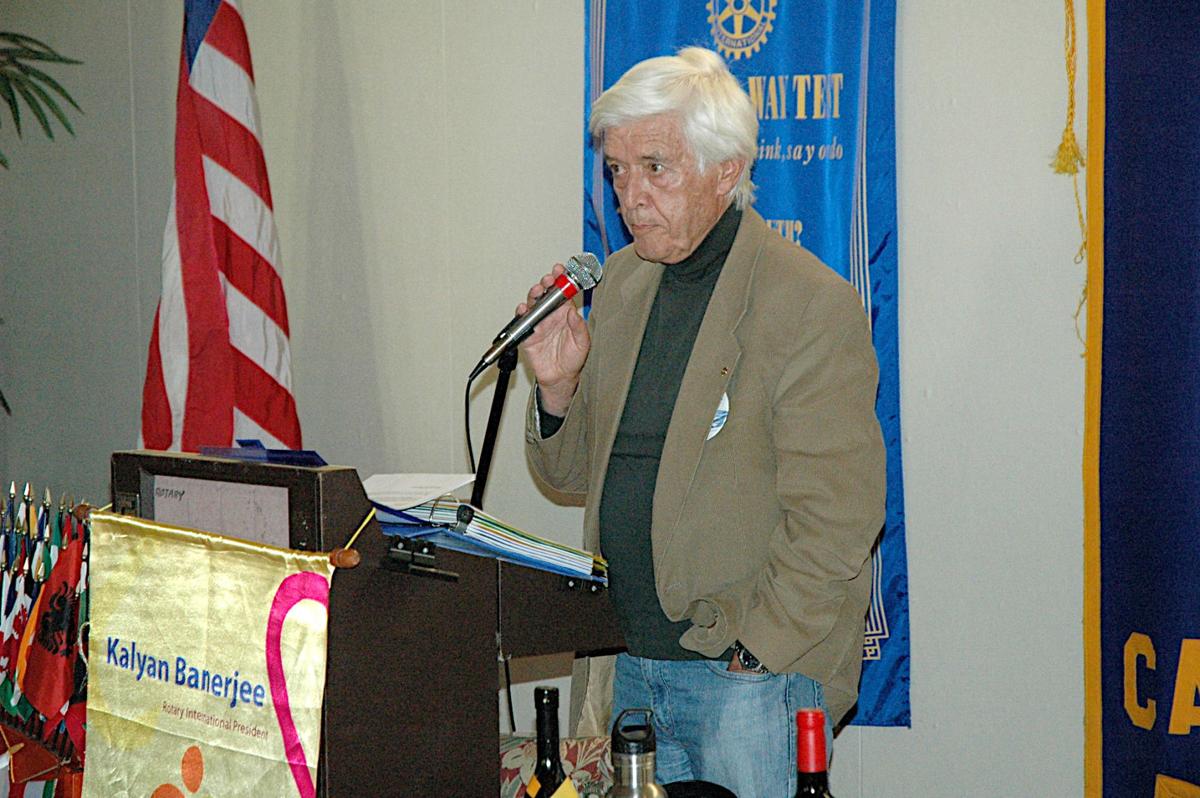 As seen in 2012, Dieter Deiss was an avid Calistoga Rotarian and supporter of many community organizations. 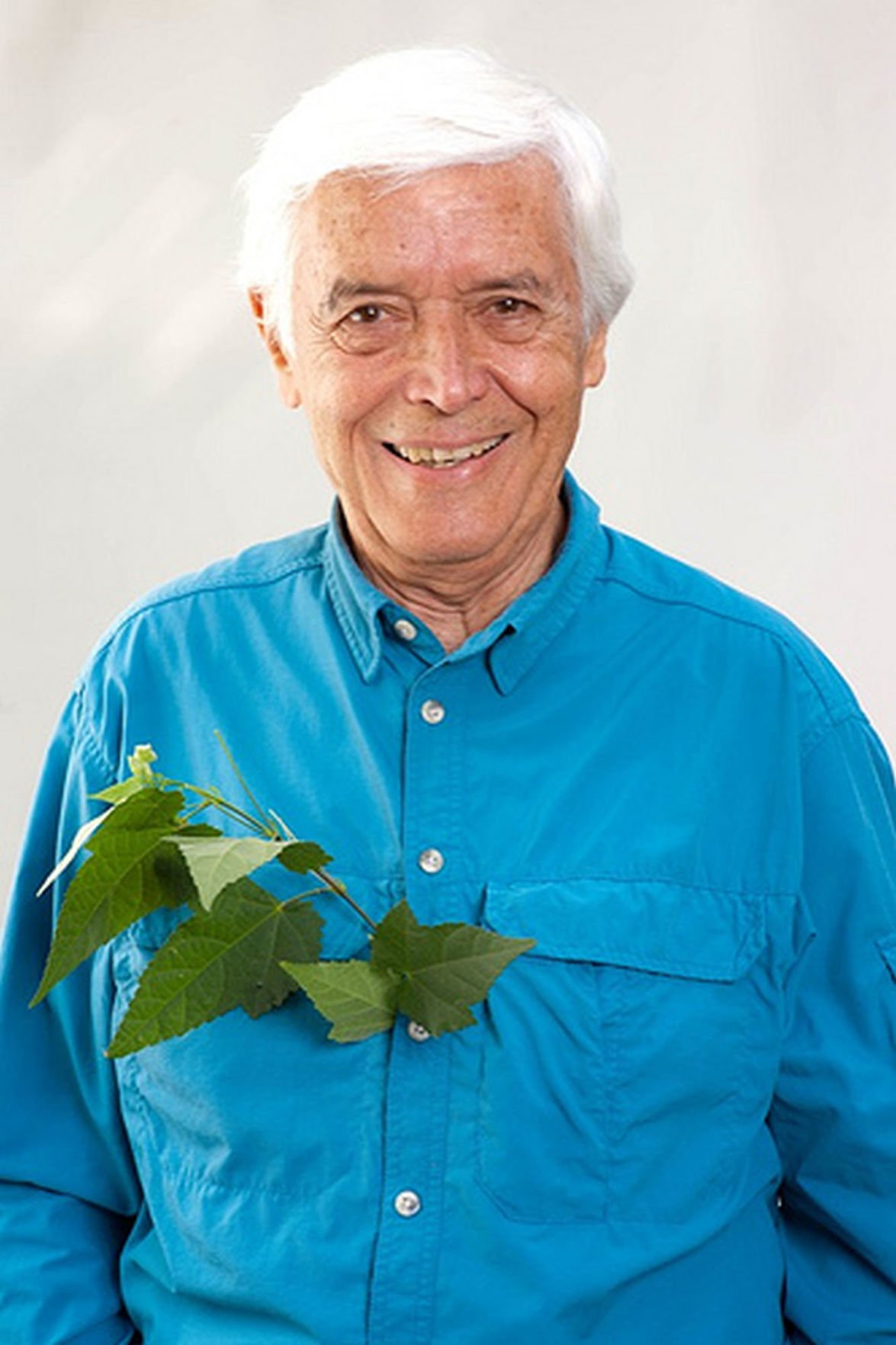 Dieter Deiss always had the Napa Valley Vine Trail "close to his heart" as he joked with the camera. 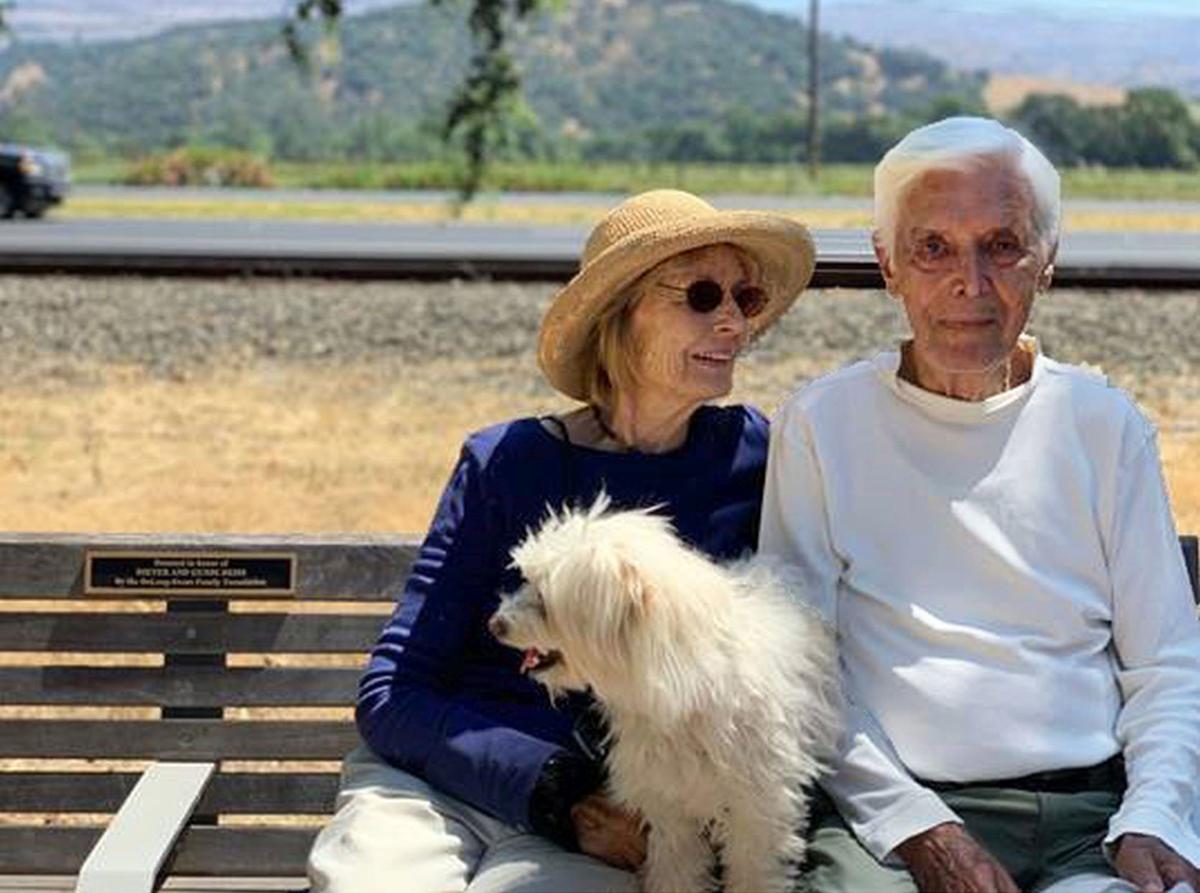 In 2019, Dieter Deiss and his wife Gundi Deiss were honored with a bench plaque near mile marker 26.75 just south of Yountville honoring the long-time Vine Trail board member.

Dieter Deiss, an ardent supporter of numerous Calistoga community organizations, has passed away.

An avid Rotarian, Deiss was also a dynamic force behind Calistoga’s Economic Vitality Group, the Urban Planning Committee, the Bicycle Advisory Group, and others.

He was also honored with the Citizen of the Year award by the Calistoga Chamber of Commerce in 2006.

“Dieter was a Calistoga Rotary member for 16 years and even when he couldn’t come to meetings anymore, he wanted to continue being a Rotarian,” said Mary Hastings, current Rotary President. “He was a strong supporter of the Rotary Foundation, working to support our local community as well as communities around the world. He worked with both county and city active transportation committees helping to bring bicycle and pedestrian paths to our community.

“He was loved at Rotary and will be so missed.”

Deiss will also be remembered for being a gentleman with style.

“He was very classy and elegant. He always came to the Rotary meetings wearing a jacket,” said close friend and past Rotary President Philippe Therene.

A retired Volkswagen executive, Deiss also served on the board of the Vine Trail along with his wife, Gundi.

“Dieter had a vision to link up all the communities. He was such an instrumental part of the Vine Trail I called him ‘The Godfather,’ said Philip Sales, executive director of the Vine Trail.

Deiss attended city council meetings in Calistoga and St. Helena to advocate for feasibility studies and garnered support from every mayor in Napa Valley.

“He had a soft touch diplomacy. He was putting the squeeze on you and you didn’t even know it,” Sales said. “My only regret is we won’t be able to ride the Vine Trail together, but I know he’ll be there in spirit.”

Woman holding up a paddle

Dancing girls on the stage

Paddles up for Fund-A-Need

The Napa Valley Vine Trail Coalition is expanding its annual one-night fundraiser, LOCO-MOTION, into a three-part virtual event series designed to engage the community with its mission of building a 47-mile world class walking and biking trail from Vallejo to Calistoga.

Napa County failed to secure a $10 million grant for a Yountville-to-St. Helena Vine Trail segment in round one, with round two to come.

City of Calistoga issues mandate for water customers to conserve

The City of Calistoga has declared a Stage II Water emergency and starting May 1, residents and businesses will be required to conserve water.

Join the Calistoga Rotary Club's fundraiser on April 23  for a BBQ drive-thru and a rousing virtual Bingo session hosted by Claire Durocq of Picayune Cellars.

As seen in 2012, Dieter Deiss was an avid Calistoga Rotarian and supporter of many community organizations.

Dieter Deiss always had the Napa Valley Vine Trail "close to his heart" as he joked with the camera.

In 2019, Dieter Deiss and his wife Gundi Deiss were honored with a bench plaque near mile marker 26.75 just south of Yountville honoring the long-time Vine Trail board member.