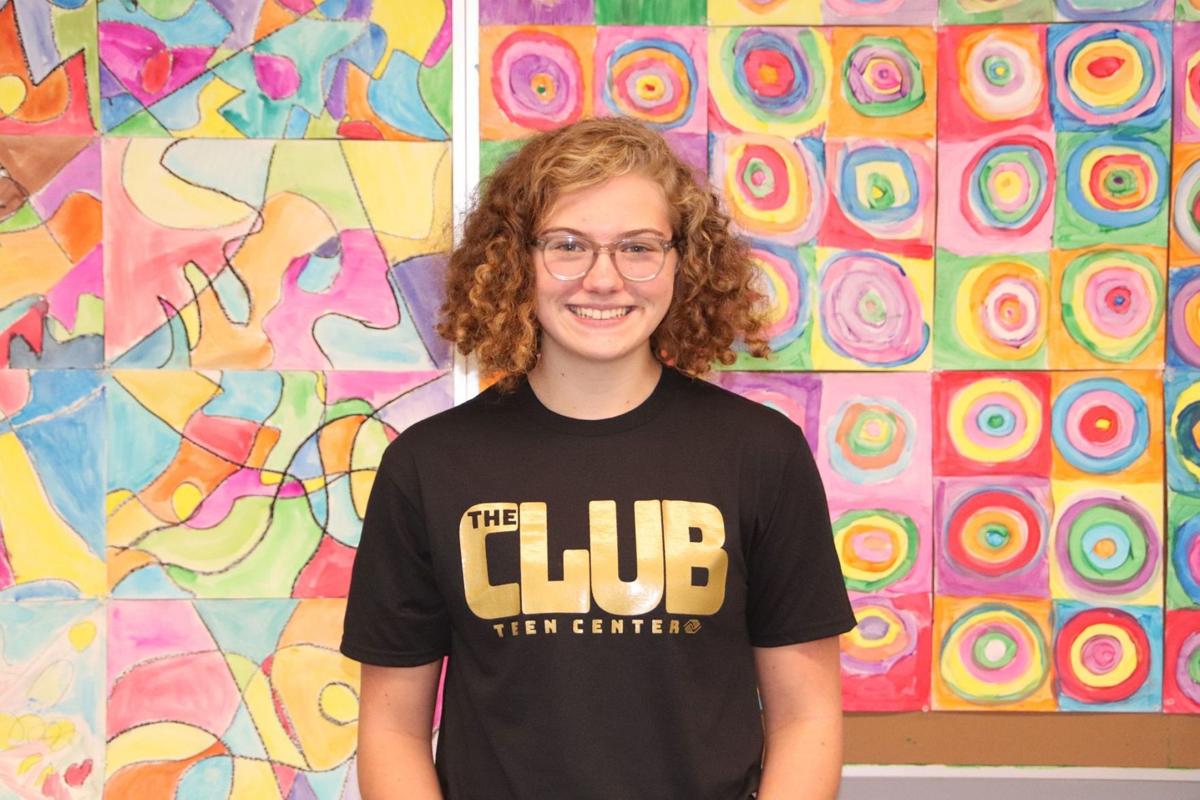 Sabrina Wells was named as the St. Helena and Calistoga Boys & Girls Club Teen Centers 2020’s Youth of the Year. 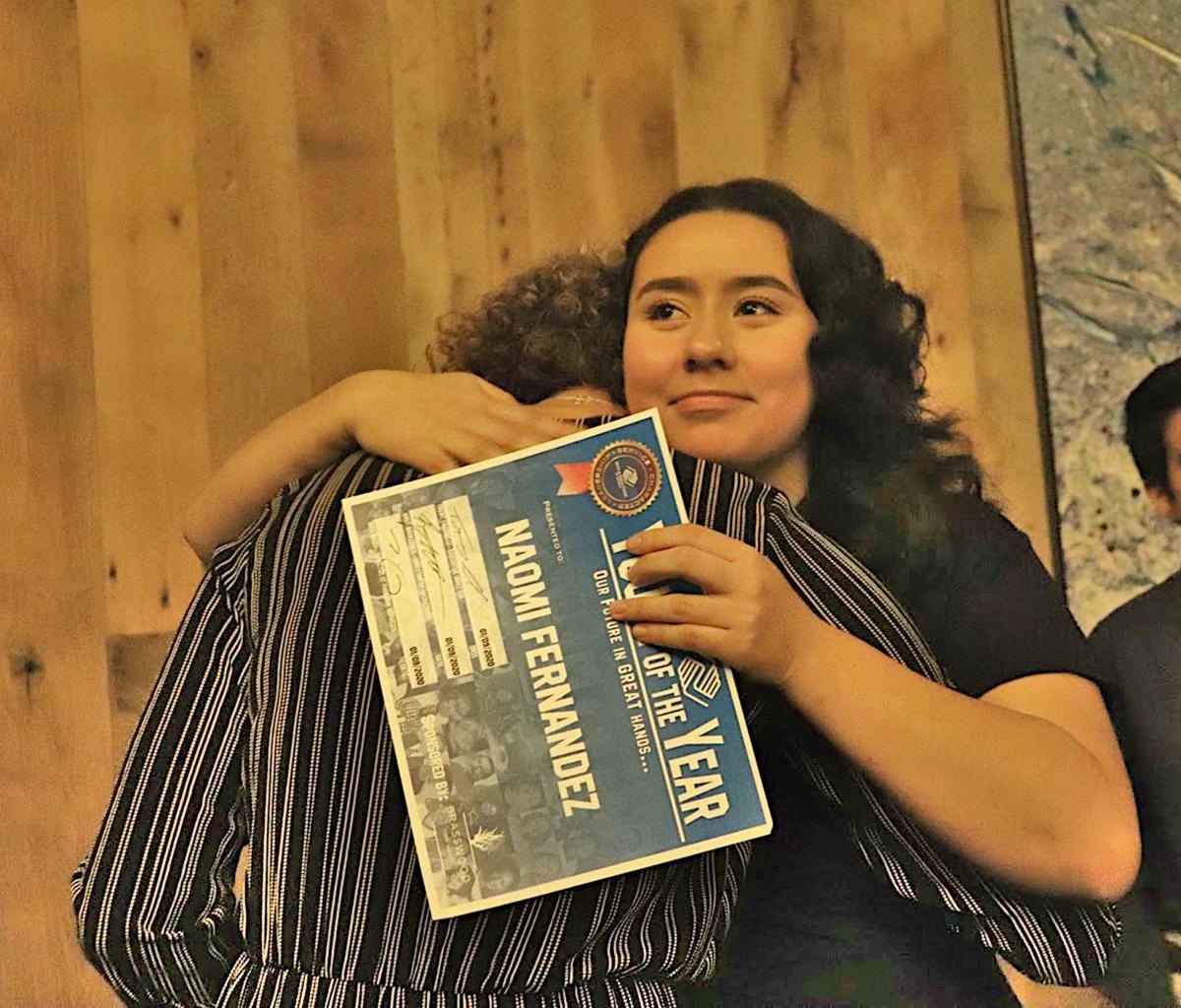 After being named the St. Helena and Calistoga Boys and Girls Club 2020 Youth of the Year, Sabrina Wells received a hug from fellow nominee Naomi Fernandez. 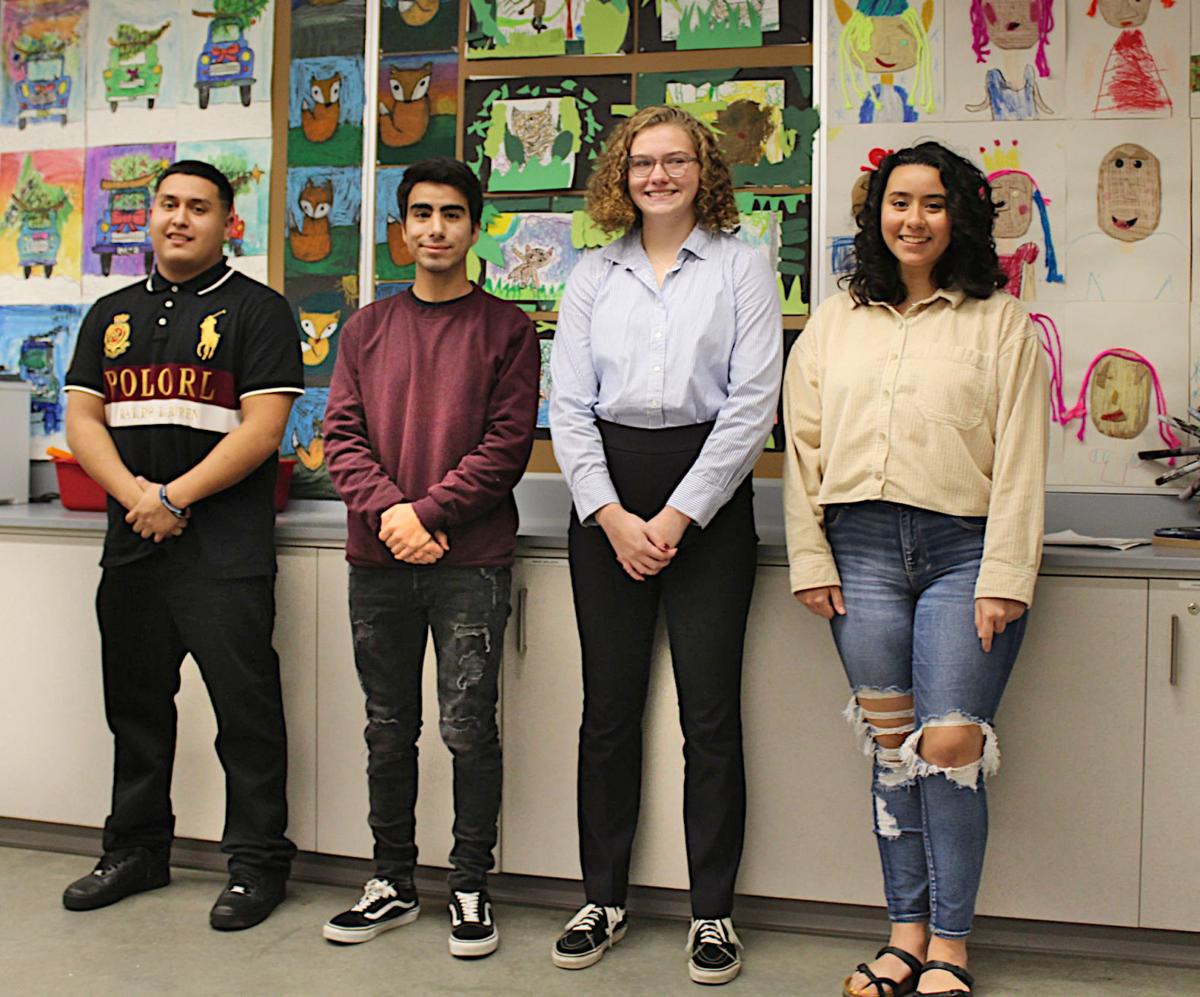 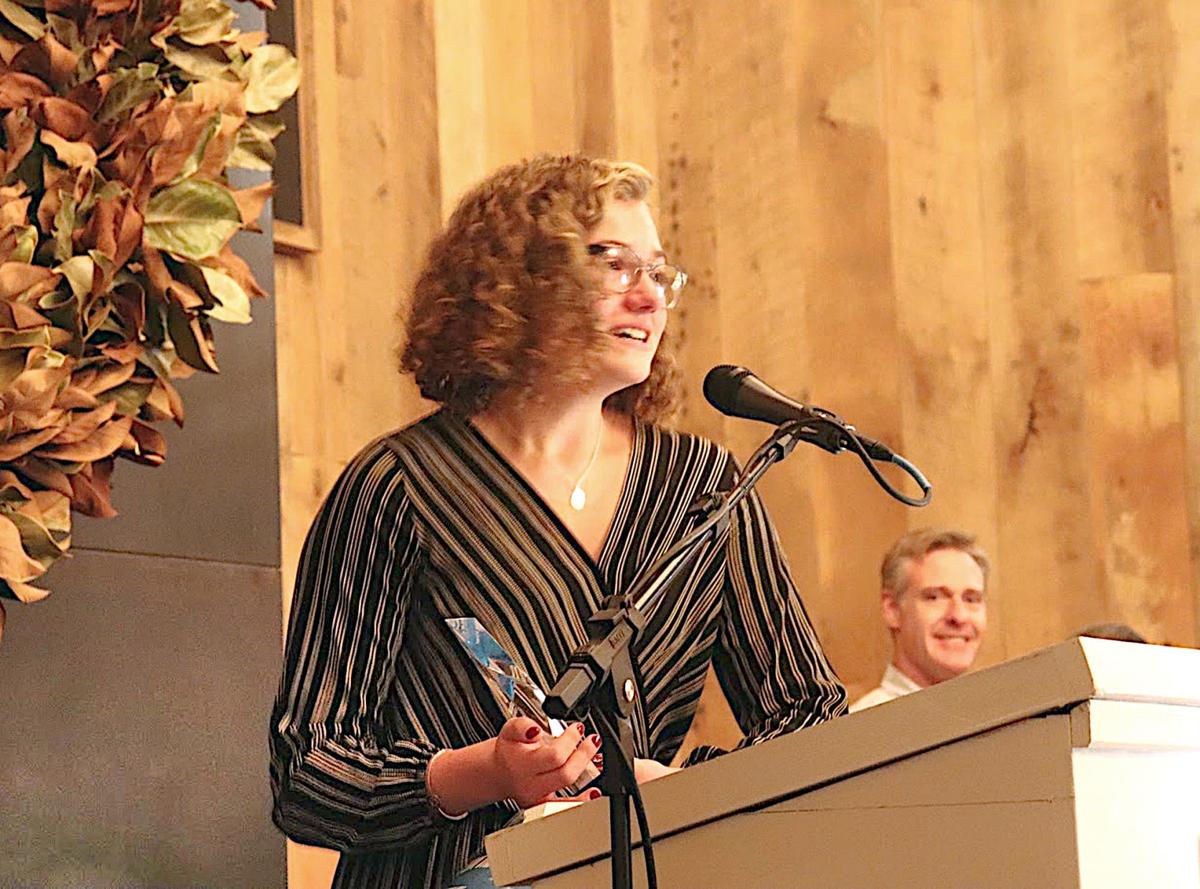 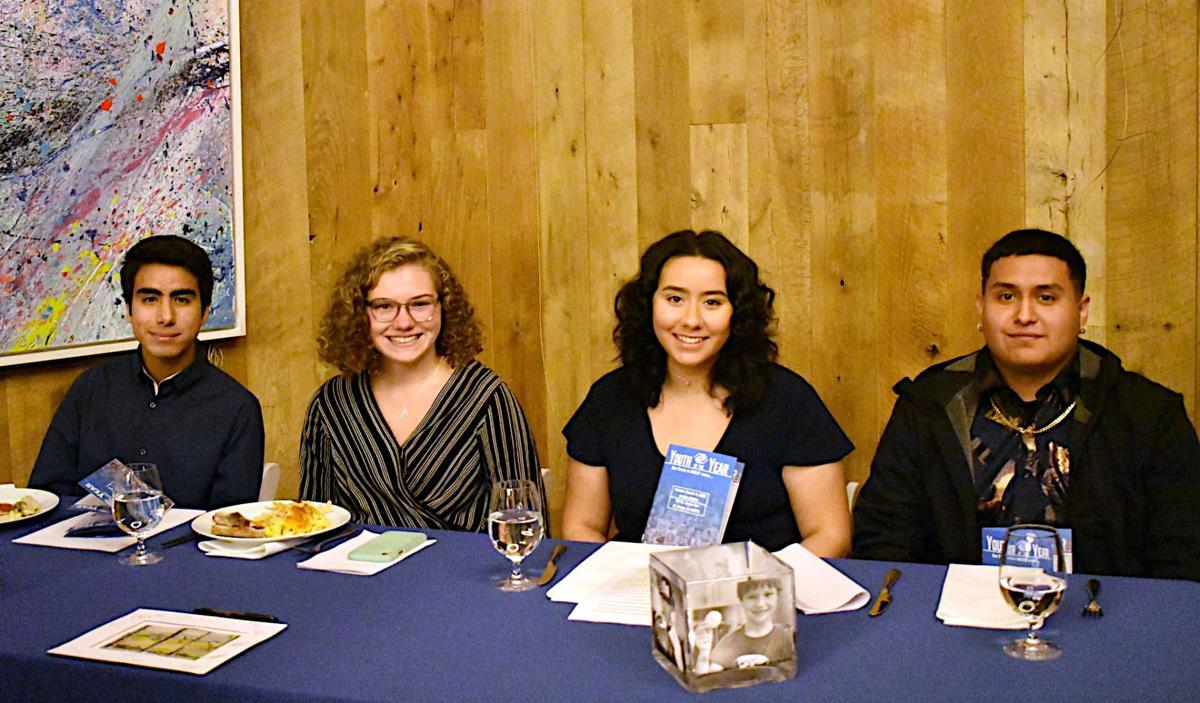 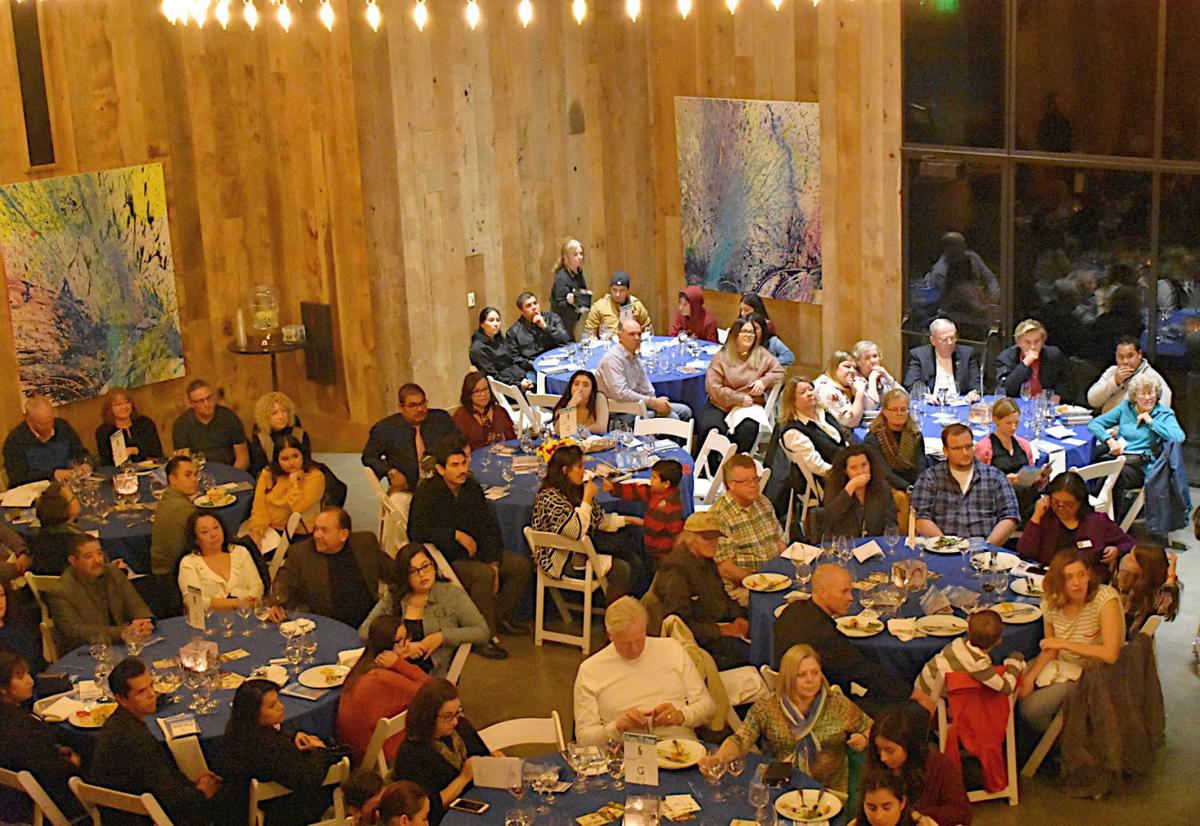 About 150 people attended The Boys & Girls Clubs of St. Helena and Calistoga 2020 Youth of the Year event at Brasswood in St. Helena Jan. 9. 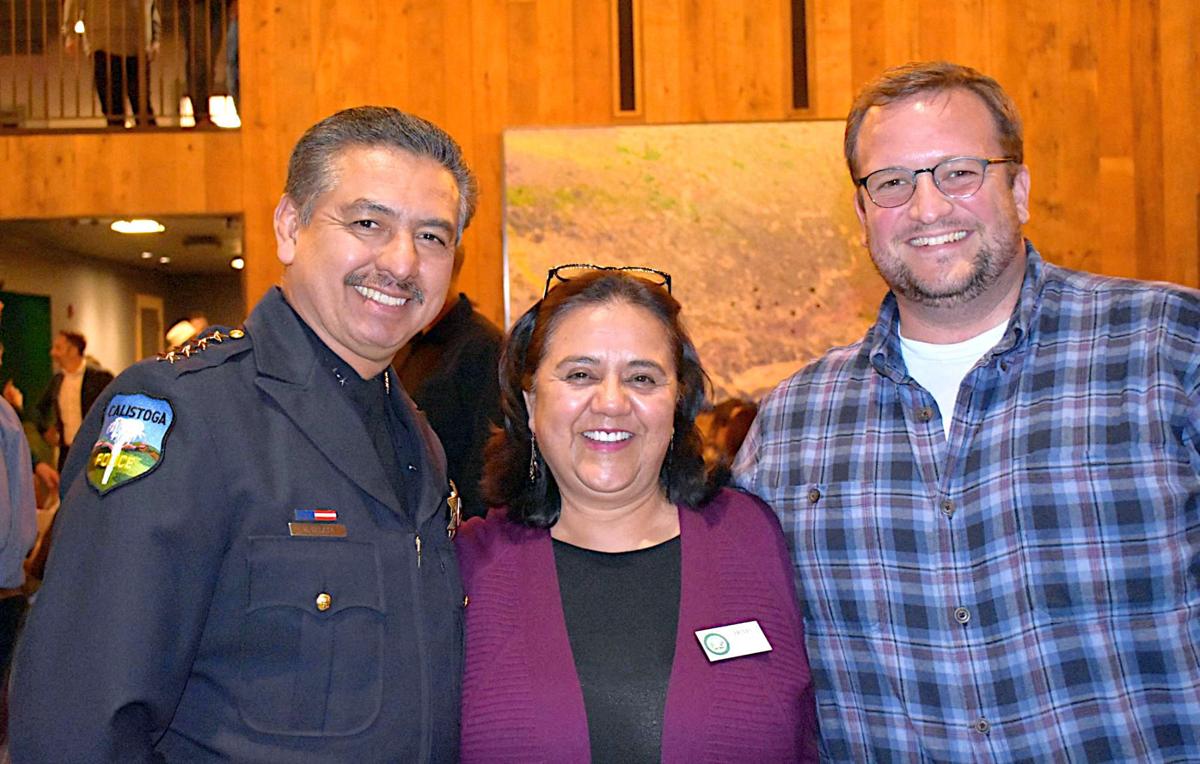 Calistoga’s Sabrina Wells has been named the Boys & Girls Clubs of St. Helena and Calistoga 2020’s Youth of the Year.

The pronouncement was made Jan. 9 at a dinner at Brasswood in St. Helena.

Each of this year’s nominees gave a speech in front of a crowd of about 150 people. Each student had their own story to share and did so emotionally, and there wasn’t a dry eye in the room. Wells spoke about finding herself after losing much in her young life.

“After my stepdad passed I stopped going to the Teen Center. Then, after a while, I signed up for swimming which later on changed my moods and helped keep me busy. Through the years I’ve developed not only one, but two families that support me; my Teen Center family and my swimming team. I’ve (finally) realized that I am content with myself,” she said.

Wells has experienced many situations that no one her age should have to go through. Despite her rocky relationship with her birth father, the death of her stepfather, and issues with self-perception, she has persevered with support from her new family — something she said she never thought she would find — and self-confidence.

Before the final decision for Youth of the Year, nominees spoke with and connected with the judges before the event. While a choice had to be made, everyone could agree that all of these students were winners. Wells also received a $2,000 prize,and the remaining three were each awarded $1,000.

At the event, before the Youth of the Year was announced, both mayors of Calistoga and St. Helena, and club staff members gave words of inspiration and encouragement for the students who would make the world a better place as they grew, and always help each other through their obstacles.

The club’s staff was also admired for their support and encouragement that keeps these students going. They are a huge part of how far these students have managed to come. Not only are they appreciated by the Boys & Girls Club but also by the nominees, who sang their praises during their speeches.

Nominee Frenando Rios spoke about how he was notorious for being a troublemaker, until he found peace at the Teen Center.

“The Teen Center has helped me open up about my anger and my problems inside and outside of school,” he said.

Rios stated how, after a tough few years at Calistoga Junior-Senior High School, he was sent to a continuation school, which got him into trouble. However, the Teen Center supported him to improve academically, emotionally, and allowed him the possibility to play football.

Naomi Fernandez said she believed she had been forced to grow up too fast, which led to troubling behavior.

“When I was younger I wasn’t the easiest kid to deal with, during the time my parents had separated and I had to face the aftermath of that. I felt as though I had to grow up faster than the other kids, but the Boys & Girls Club made me feel as if I was a kid again,” she said.

Fernandez’s speech was a tearjerker, and she discussed difficult but not uncommon topics that teenagers go through, like her experience with family members who had bipolar disorders, suicidal thoughts, and self harming behaviors.

Erik Martinez spoke about coming from a loving family but a difficult situation. At a young age, he was pushed into an adult role for his little sister. He found it difficult to keep up with his life while supporting hers as well. While he learned more about the customs of the society he lived in, he also had to teach them to his sister, who only spoke Spanish and had difficulty in the United States.

Not only did Martinez find great support, he has also become a role model for future generations while being able to have the support and interaction with others.

As the final speech came to a close, the audience felt more connected with these students and realized that they were more than just our youth, they are our future.

It's been a busy news year in Calistoga, so picking a handful of favorite stories can be tough. But here are five that stand out in my mind for a variety of reasons.

PG&E is taking Calistoga vineyard owner Terry Gard to court to seize a portion of his land for a natural gas plant.

How a column started out about the Kincade Fire and digressed into a diatribe about PG&E.

Susie's Bar in downtown Calistoga got into hot water with the city over an awning with a curvaceous silhouette.

From farm worker to NASA astronaut

The Boys & Girl's Club of Calistoga and St. Helena will announce the Youth of the Year on Thursday.

Young women in Napa are stepping into action and will play a key role in the Jan. 18 Women's March.

The city of St. Helena and Napa Valley College will not hold further talks about leasing part of the Upper Valley Campus to use as a temporary City Hall.

Students and teachers are urged to apply for Napa Valley Community Foundation scholarships for the 2020-2021 academic year by March 5. Awards range from $300 to more than $5,000 per year.

Rotary Club of Calistoga Students of the Month for January

Calistoga seniors Hayseel Barrera and Lesly Nayeli Salazar Perez were awarded Student of the Month by the Calistoga Rotary Club.

Calistogans Sabrina Wells, Fernando Rios and Christopher Duran were presented Certificates of Achievement by Mayor Chris Canning on Feb. 4 for their exemplary participation in The Boys & Girls Club of Calistoga.

Calistoga Elementary School has been offered funding support for a Bookworm Vending Machine and is now seeking support for the purchase of books that will need to be refilled on a monthly basis.

Crossing for a Cure — Former St. Helena mother risks it all to raise funds for a rare disease

Alison Piziali is preparing to trek across the frigid Norwegian wilderness to raise research dollars that could be put toward a cure for her 17-year-old daughter who has a rare disease.

The Boys & Girls Clubs of St. Helena and Calistoga will be posting videos on Facebook of activities such as art, STEM, and fitness.

Even though the Boys & Girls Clubs of St. Helena and Calistoga are closed because of the shelter-at-home orders, its staff are creating activity videos to entertain kids at home.

Sabrina Wells was named as the St. Helena and Calistoga Boys & Girls Club Teen Centers 2020’s Youth of the Year.

After being named the St. Helena and Calistoga Boys and Girls Club 2020 Youth of the Year, Sabrina Wells received a hug from fellow nominee Naomi Fernandez.

About 150 people attended The Boys & Girls Clubs of St. Helena and Calistoga 2020 Youth of the Year event at Brasswood in St. Helena Jan. 9.