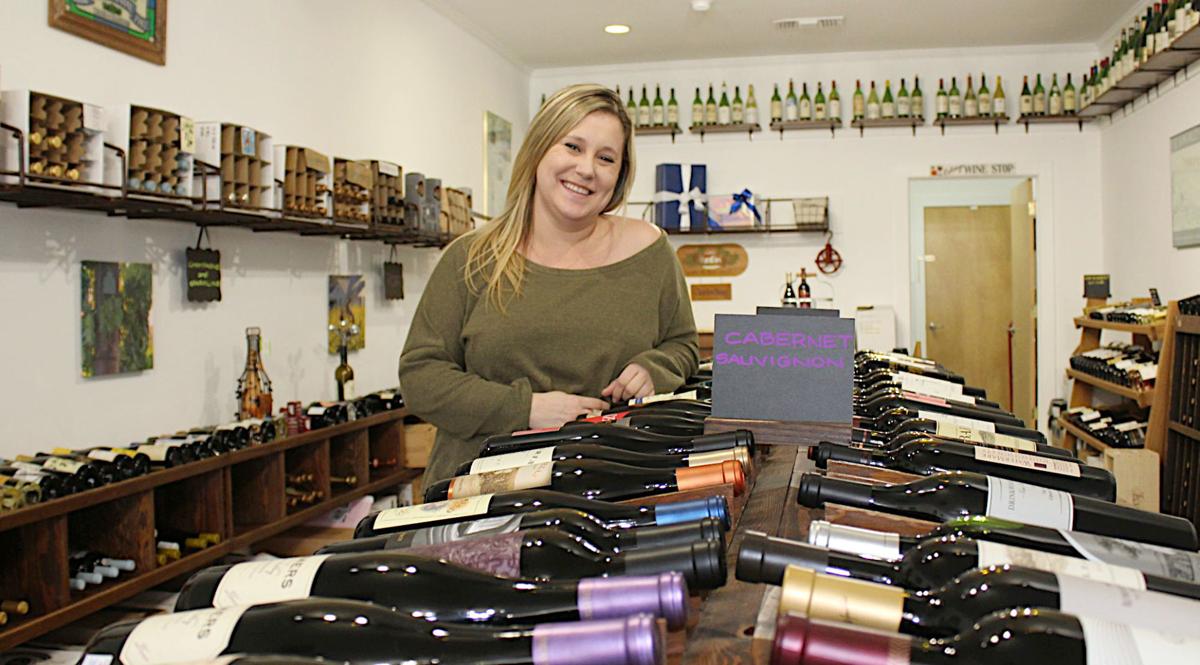 Tara Pelter has taken over the helm of the family's business, Wine Stop, in Calistoga. 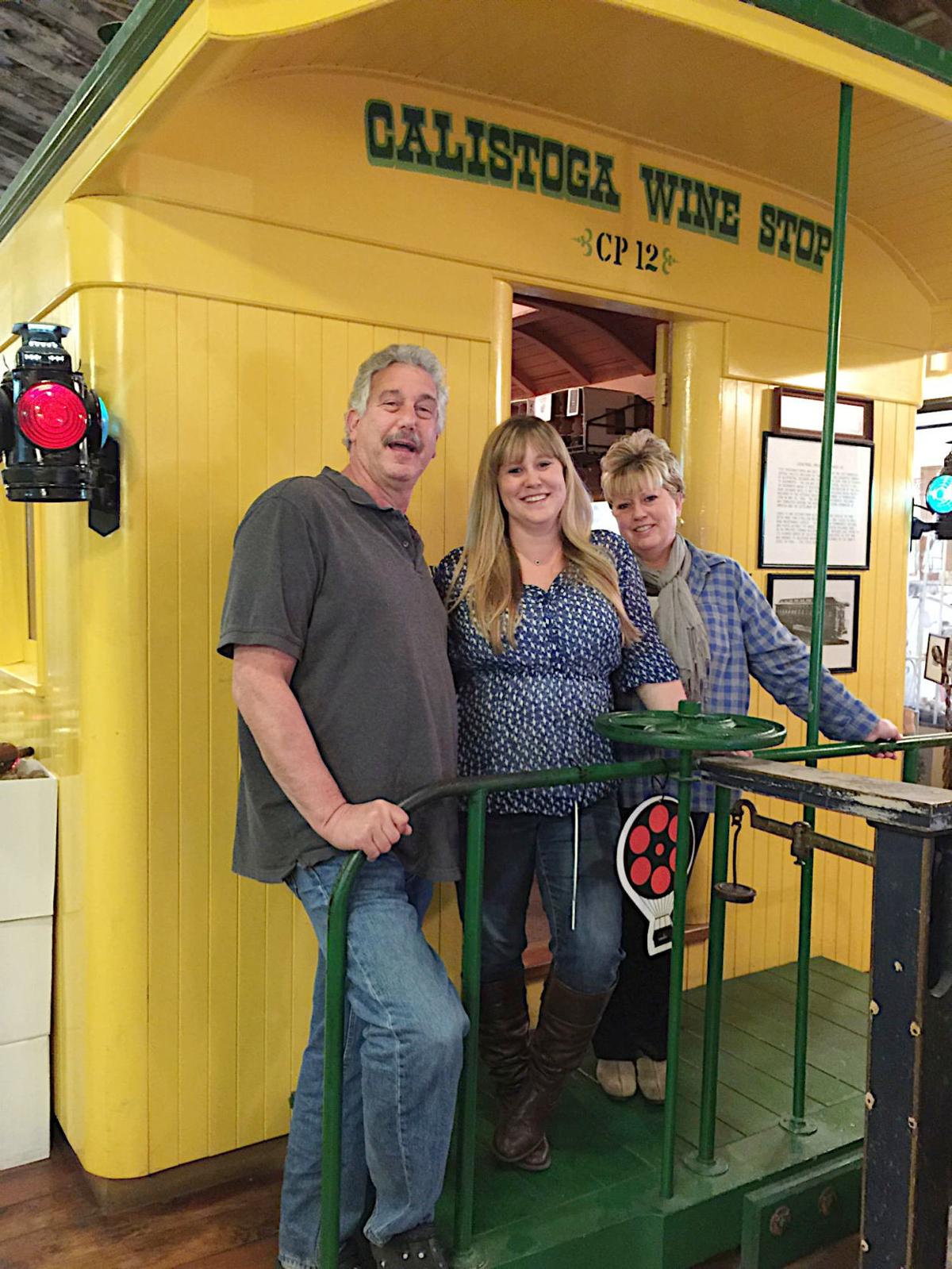 Tom, Tara, and Tammy Pelter at the Wine Stops's former location in the Calistoga Depot. Tom passed away in 2019. 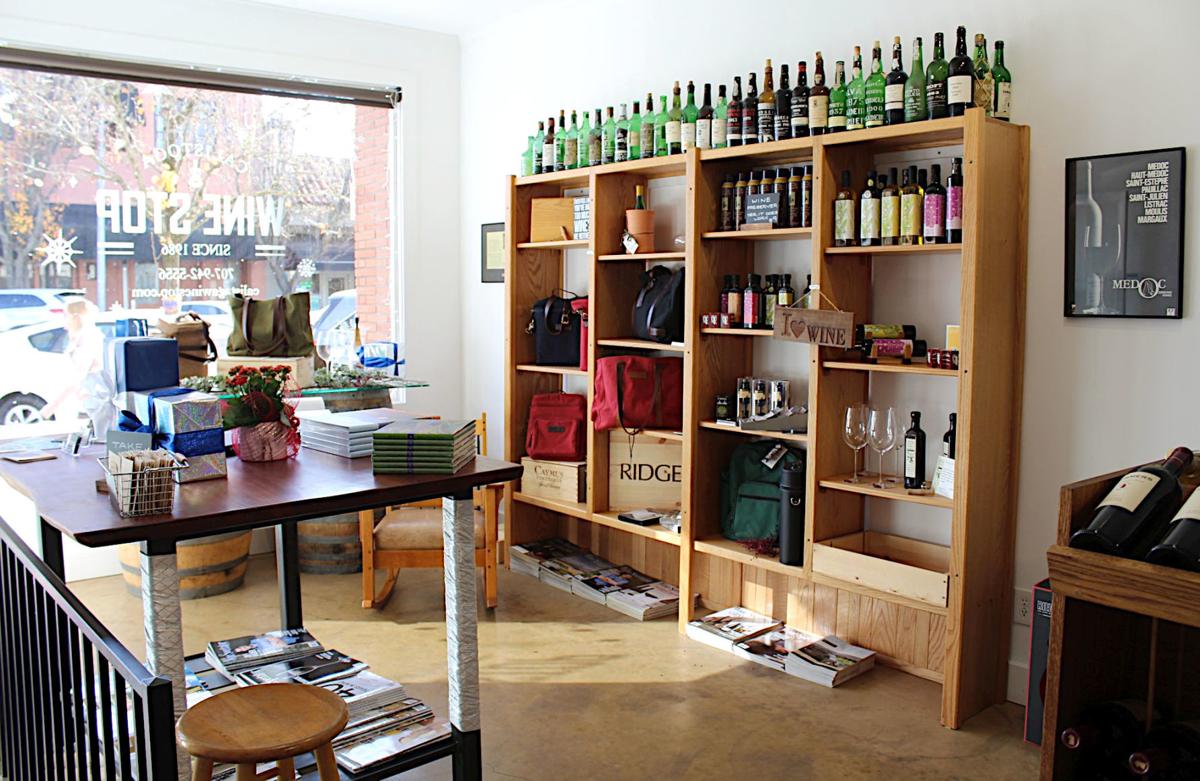 Wine Stop's new location on Lincoln Avenue is an updated version of the the old shop in the Calistoga Depot, with a blend of new items and founder Tom Pelter's memorabilia. 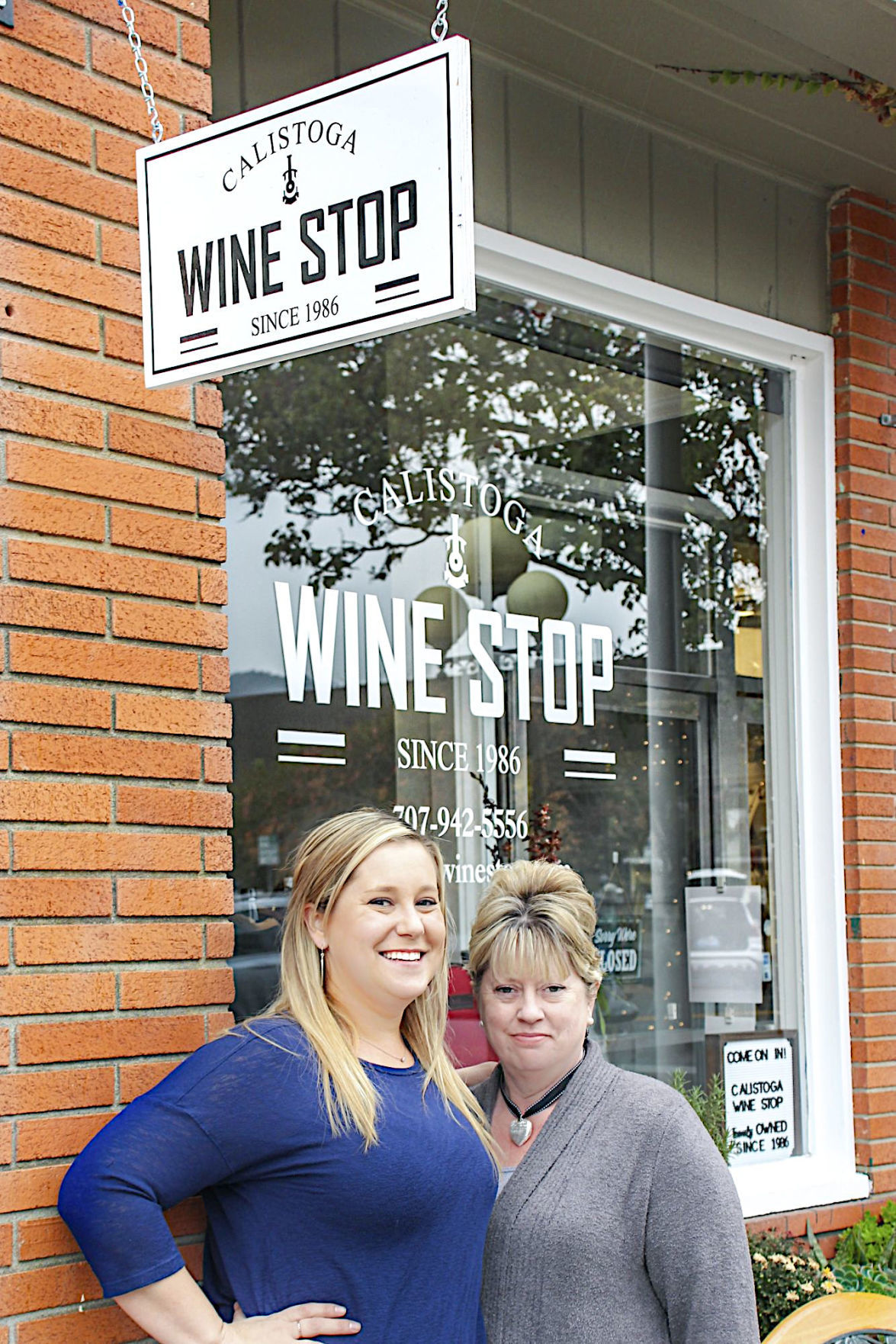 Tara Pelter has taken over the helm of the family's business, Wine Stop, in Calistoga.

Tom, Tara, and Tammy Pelter at the Wine Stops's former location in the Calistoga Depot. Tom passed away in 2019.

Wine Stop's new location on Lincoln Avenue is an updated version of the the old shop in the Calistoga Depot, with a blend of new items and founder Tom Pelter's memorabilia.

One of Calistoga’s longest running businesses has moved to a new location, and is under new leadership.

For 34 years, Wine Stop was located in an old, refurbished railroad caboose car inside the Calistoga Depot. And up until last summer, the shop had been run by owner Tom Pelter.

The shop moved across the street recently, and Pelter’s daughter, Tara, is now carrying on the business in the new location.

The plan was for Pelter help with the transition. Tara would take over day-to-day operations, with Tom stepping back to work two days a week. “His favorite part of the business was talking with customers,” Tara said.

But that didn’t happen. Pelter passed away last June, leaving Tara to move the business, and deal with his death at the same time.

When talking about her dad, there is fondness and joy in her voice, and she sometimes slips into the present tense. Tears still come easily.

“It was great we got to plan this store together, with him and my mom. But it’s sad that he’s not here, because he worked so long and so hard. I have people that call and come in every day who say ‘he was so special’ and it’s wonderful. It’s hard, but I think he would love it,” Tara said.

The Depot was a unique location for the shop, but it was a tough draw for customers, Tara said.

“It served us for a long, long time. I have great memories there. But I think because I was on board with him, it was, ‘OK, we’re going to do this move.’ It was just time.”

The family-owned shop carries primarily smaller label Napa and Sonoma County wines from lesser-known winemakers, with a smattering of international and other California producers. The family also has their own label called Pelter, from a small vineyard Pelter planted.

In 1986, Pelter and his wife, Tammy, moved to Calistoga from Los Angeles, and bought the Wine Stop business from Vera Peterson and family.

“Vera said, ‘If you want to survive, get involved (in the community),’” Pelter told The Weekly Calistogan in 2007.

Pelter got involved as a Little League coach and at one time also served as president of the league, Tara said. He was involved in the Calistoga Education Foundation and fundraising auctions, and also started a golf team at the school.

In the shop, Pelter was an amiable, good-natured guy.

“He had a great clientele that he built over many years,” Tara said, noting regular customers have been buying wine from the shop for 30 or more years.

“Doing business was secondary to talking about wine, and catching up on family. People would come in, they’d engage in small talk, he’d introduce them to something new, send them to a local winery... he built relationships over time. He had such a following. People loved him.”

Pelter also had a great memory for people and faces. “It was important to him, and he was great at it. He would remember details about people he only saw once or twice a year,” Tara said. Customers continue to visit, call. “And there are some people who have never even stepped foot in the store. They want something they can’t find in the Midwest, or East Coast, and he would call them with something new, some boutique wine. He had these relationships with them. And now I’m selling wine to their kids. So it’s special.”

Pelter wasn’t much into advertising.

“I wouldn’t say he was against it, it just wasn’t his thing,” Tara said, as a lot of business was word of mouth.

Nor did he embrace technology. The books were kept by hand in a ledger, “which worked” but Tara started transferring over to a computer database several years ago, and started revamping the store’s website.

“Eventually we’ll be on a POS system. It’s all good, but it’s also sad,” she said of leaving the ledger system behind.

Tara Pelter and her brothers, Bryce Skinner and Jonah Pelter, all graduated from Calistoga Junior-Senior High School. Tara said she practically grew up in the Depot. “I remember being a little girl and putting price tags on bottles.”

Though she appreciated it, taking on the family business wasn’t foremost in her mind. She remembers her father teasing her “Don’t get in the business. The best part of the wine business is drinking it.”

He also said, “’Wine should be accessible to everybody. It doesn’t really matter how much money you want to spend.’ That was one of the most important things my dad taught me about wine.”

Tara went on to college and earned a degree in social work. After graduating, she joined her father in the shop in 2011, “And I realized, ‘hey, I know a lot more than I think about wine,’ and ‘I’ve known these customers my whole life.’ And I realized, maybe I want to do this.”

After a few years, Pelter asked her if she wanted to stay on.

“He was so chill about it. If I would have said ‘no way’ he would have been totally fine with that. That’s how he was.”

A few years ago, they made the decision that Tara would eventually take over the family business, and made plans to move the shop, where Tara could put her own stamp on it. Last year they signed a lease on the new building, got the keys, and Pelter died soon afterwards.

“It was hard. You’re doing it (moving) with a broken heart,” Tara said.

A lot of the old things were moved to the new shop, and Tara took a wine rack from Pelter’s personal cellar.

“Me and my mom really wanted the new shop to have the same vibe as the Depot, welcoming, really comfortable. But we also wanted it to be a little newer, lighter, brighter. We have some of his (Tom’s) memorabilia, but it’s kind of nice not to have stacks of dusty old paper everywhere. It’s a little more modern, but not overdone. It’s still ‘us.’ Wine can be intimidating, but in Calistoga in general, we’re nice and friendly here.”

And now, with a window on Lincoln Avenue, Tara said, “It’s a whole different world over here.”

It's been a busy news year in Calistoga, so picking a handful of favorite stories can be tough. But here are five that stand out in my mind for a variety of reasons.

PG&E is taking Calistoga vineyard owner Terry Gard to court to seize a portion of his land for a natural gas plant.

How a column started out about the Kincade Fire and digressed into a diatribe about PG&E.

Susie's Bar in downtown Calistoga got into hot water with the city over an awning with a curvaceous silhouette.

From farm worker to NASA astronaut

The Wine Stop in Calistoga looks to move after 33 years

The Wine Stop has been a fixture in the converted Train Depot on Lincoln Avenue for 33 years. Now, there are plans to move across the street, …