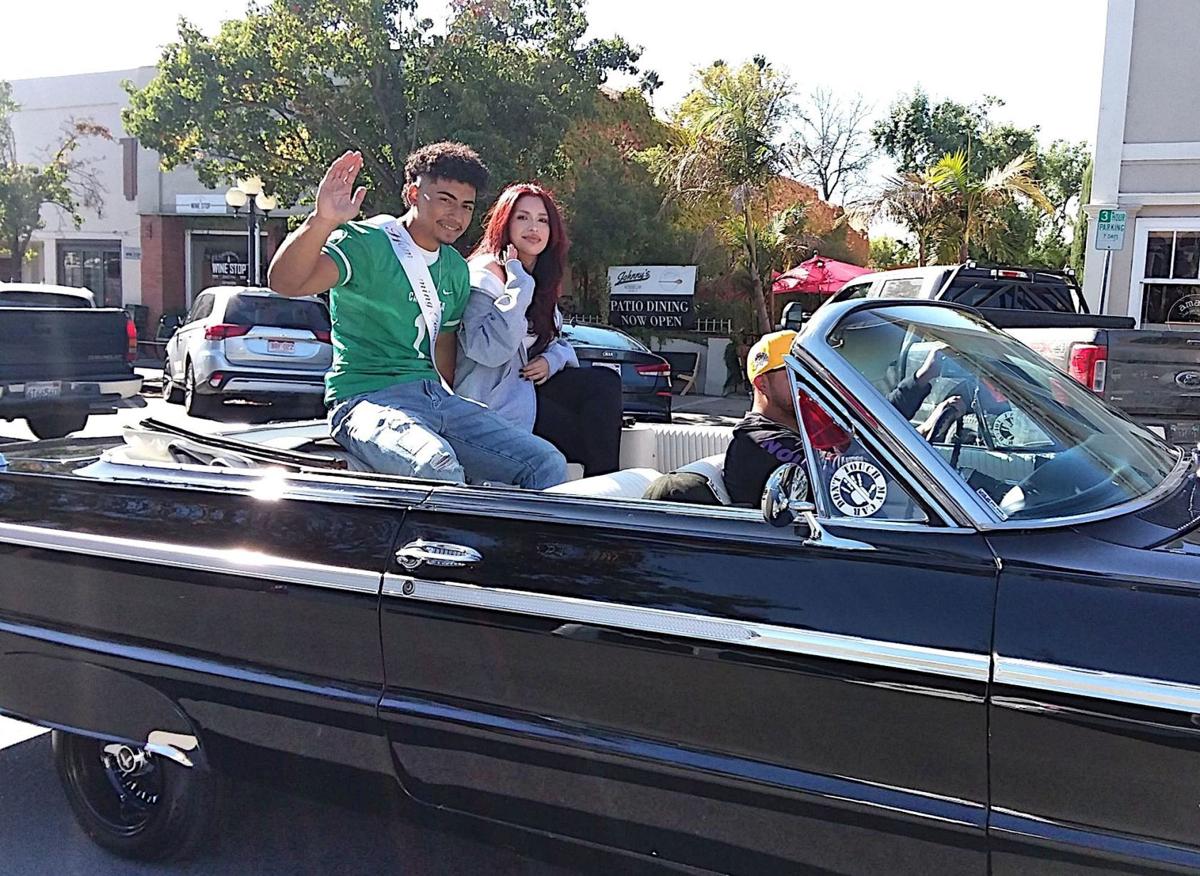 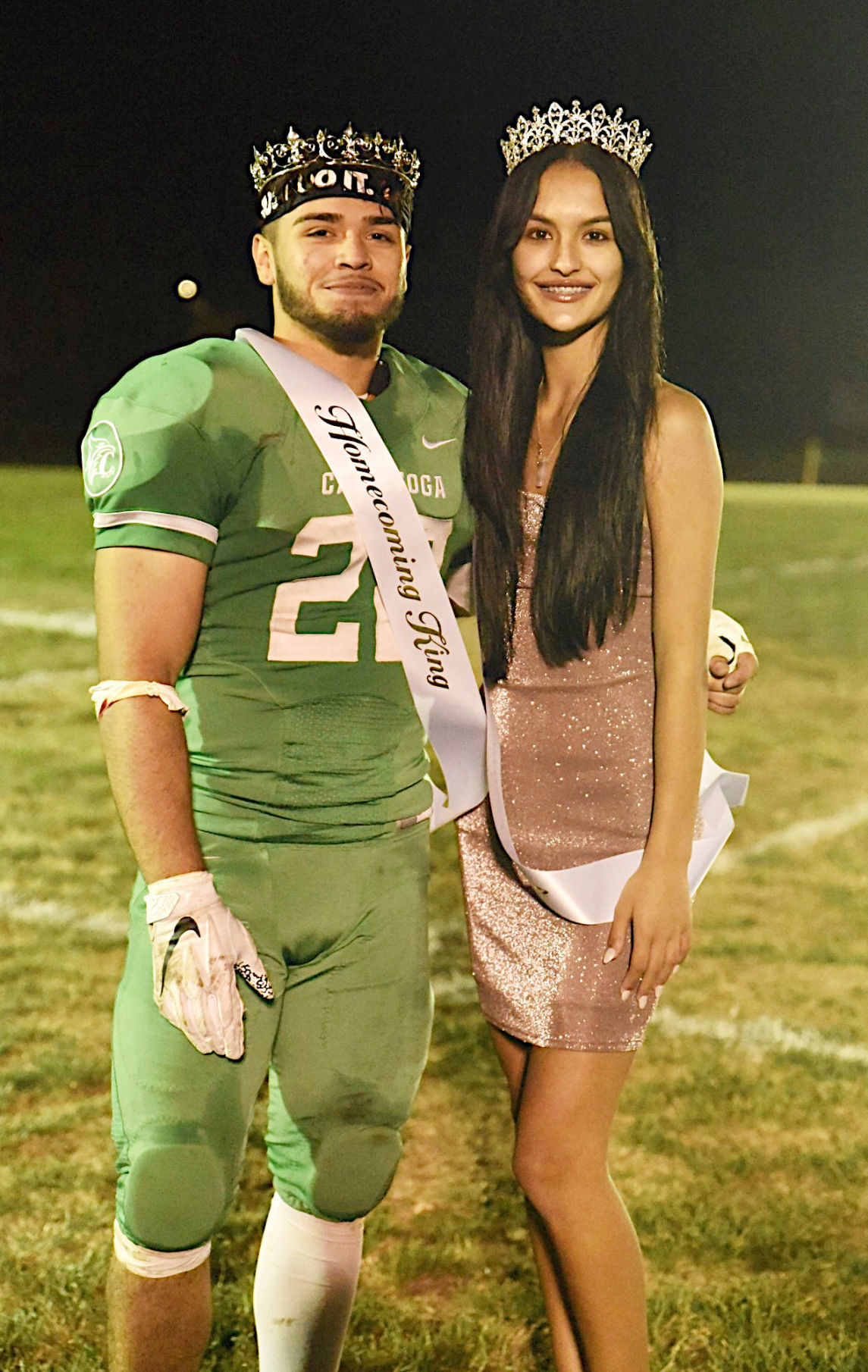 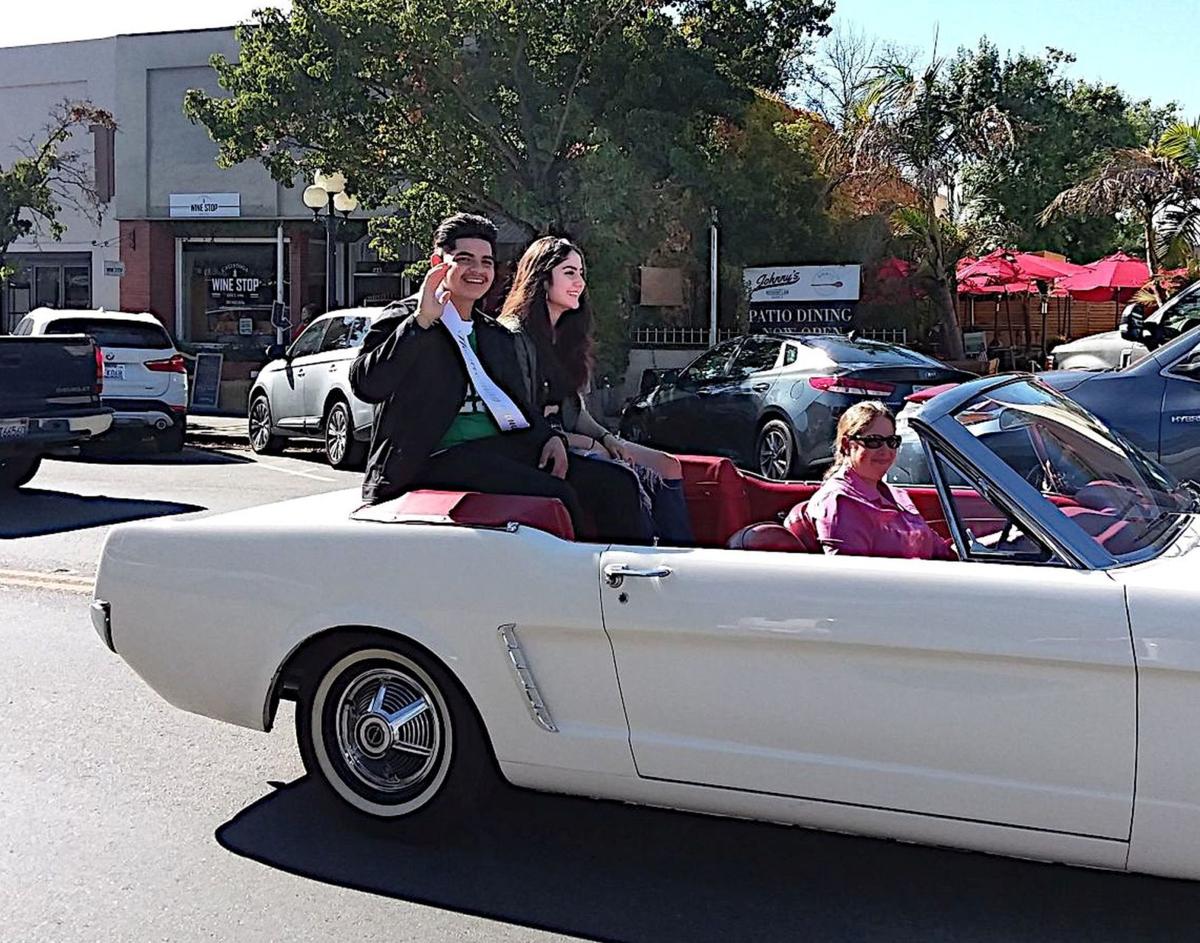 Calistoga Junior-Senior High School students Marvin Marin and Andrea Villasenor rode in the back of a classic Ford Mustang in the school's 2021 Homecoming Parade. 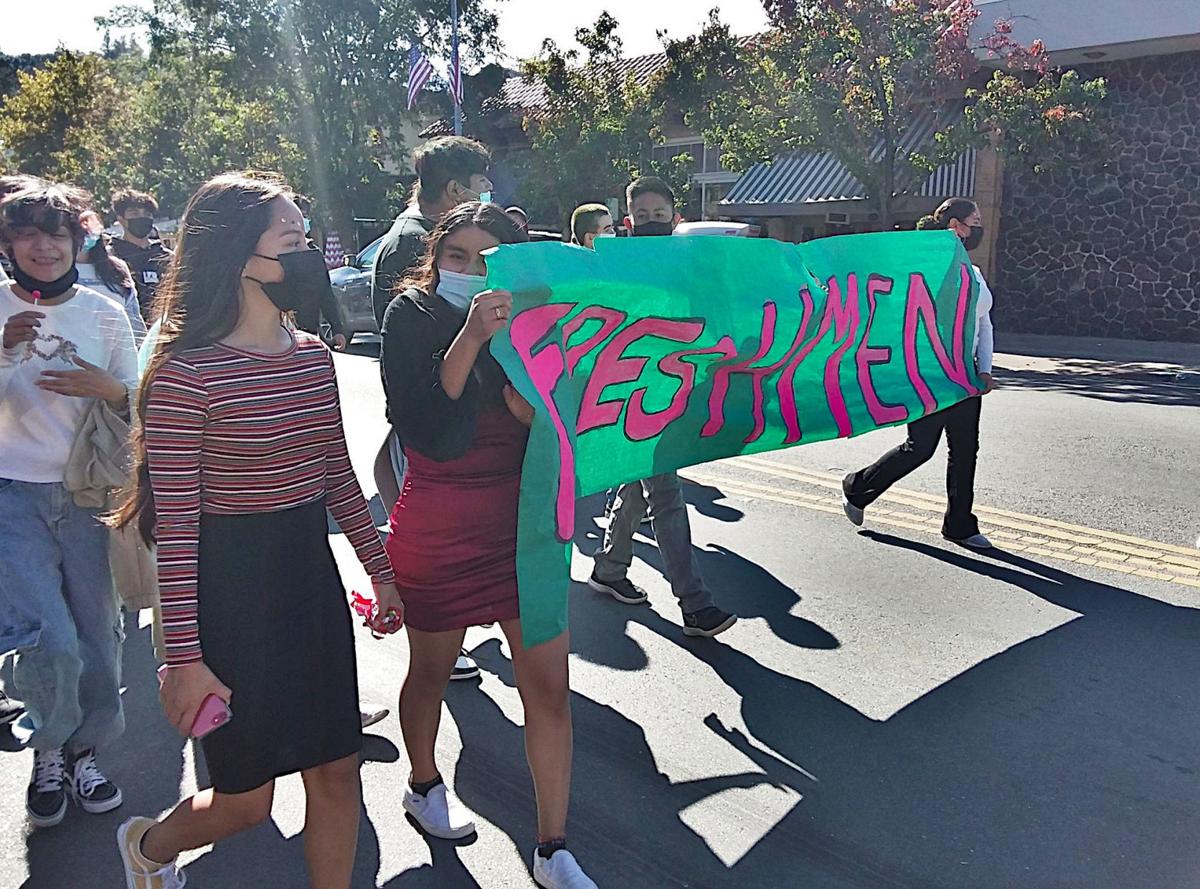 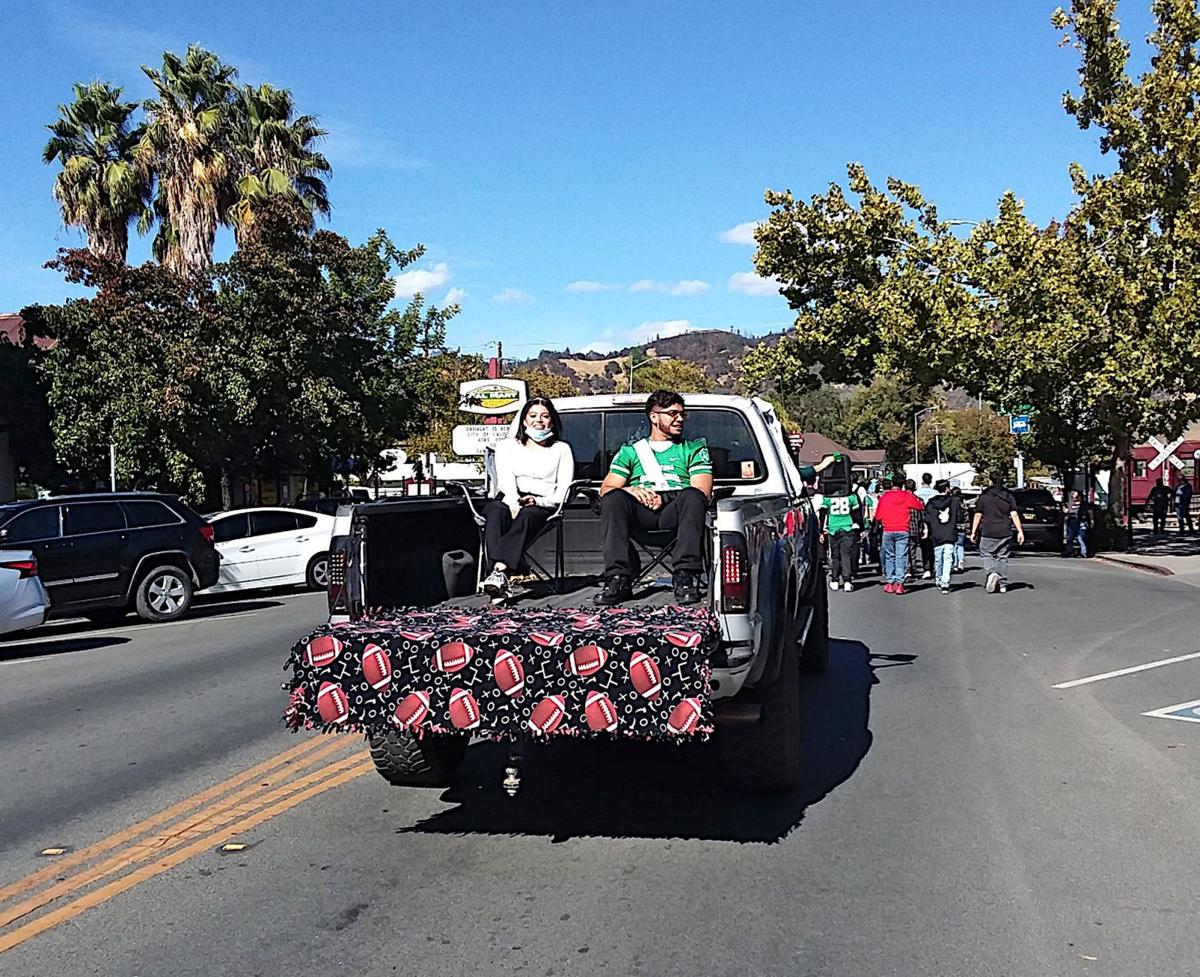 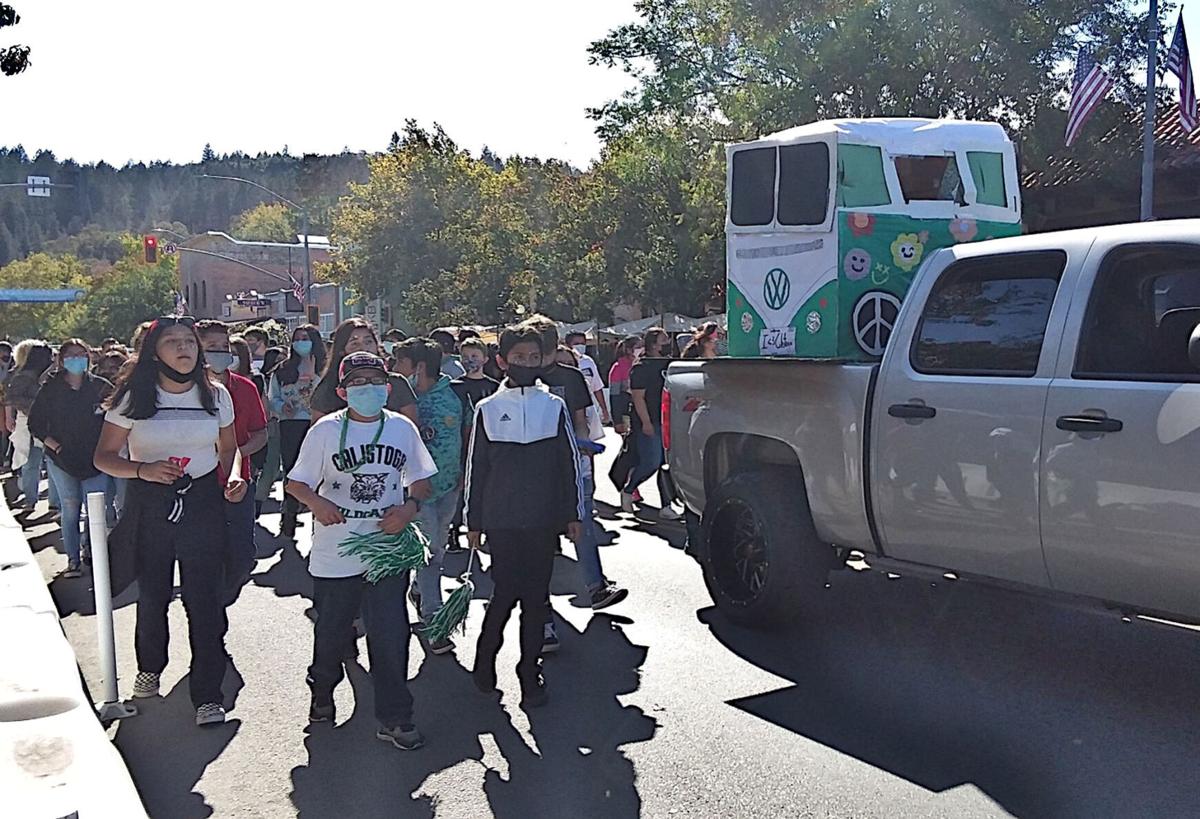 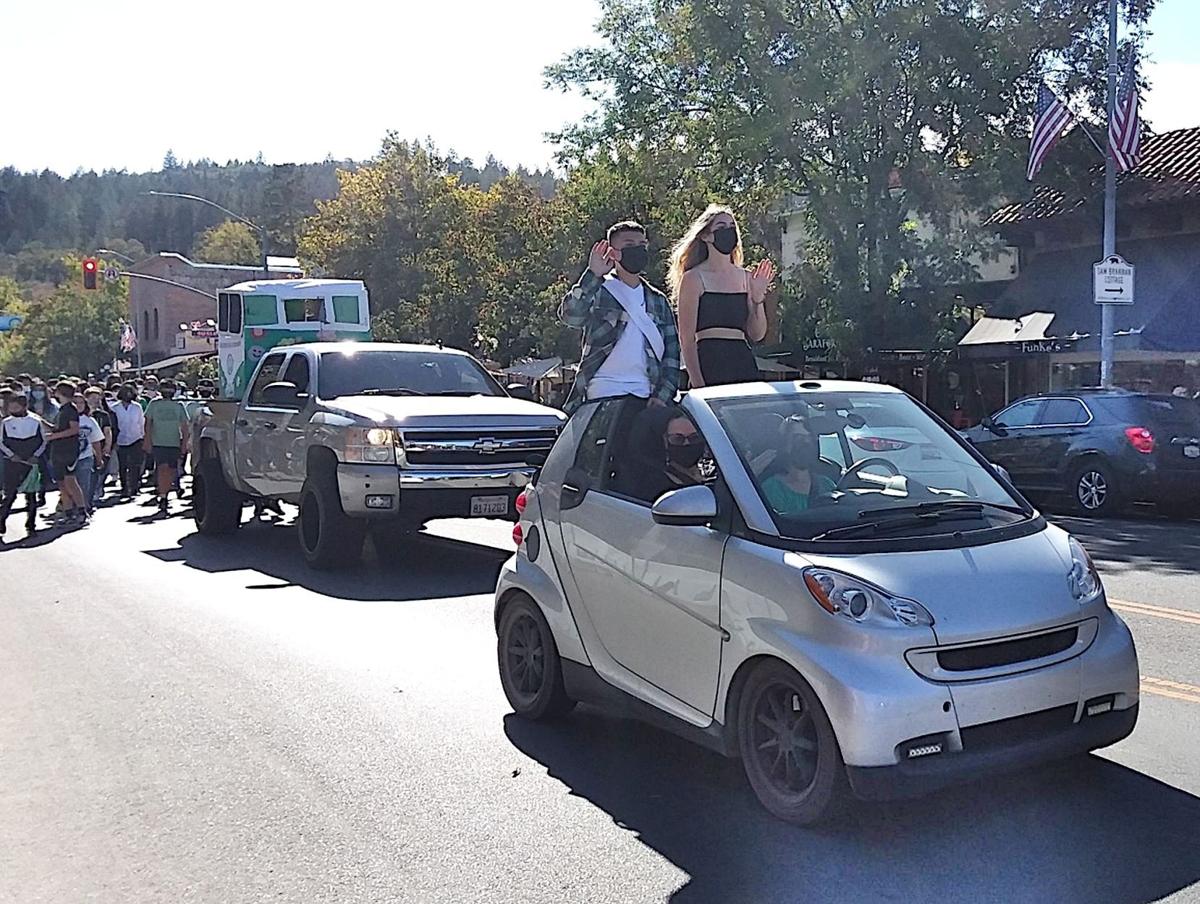 Greeted with smiles and cheers from residents and visitors, Calistoga Junior-Senior High School students waved to the crowed as they made their way down Lincoln Avenue on Friday, in a return of the annual Homecoming Parade.

It’s been two years since the last parade, and students were energized. Led by a police escort and the school’s marching band, freshmen, juniors and seniors proudly showed off the school’s green and white colors in a spirit of camaraderie.

The parade route started at the high school and wove down Berry and Cedar streets, culminating on Lincoln Avenue.

Homecoming Week was devoted to school spirit, headed up by pajama day, pie-in-the-face break, the parade, the big Homecoming game, crowning of the King and Queen and the Homecoming dance.

Photos: Calistoga Homecoming through the years

Matthew Gudenius' series of videos in the guise of pirates, airmen, astronauts and more kept first-graders learning during months of remote schooling.

The Halloween parade down Lincoln Avenue begins at 6 p.m., on Oct. 31. A costume contest starts at 4 p.m. at Pioneer Park, and free hot dogs and drinks for kids at Calistoga Inn.

Thanks to many volunteers and donations, Calistoga's Hearts and Hands Oktoberfest raised funds to support early education at the preschool.

Calistoga Junior-Senior High School students Marvin Marin and Andrea Villasenor rode in the back of a classic Ford Mustang in the school's 2021 Homecoming Parade.