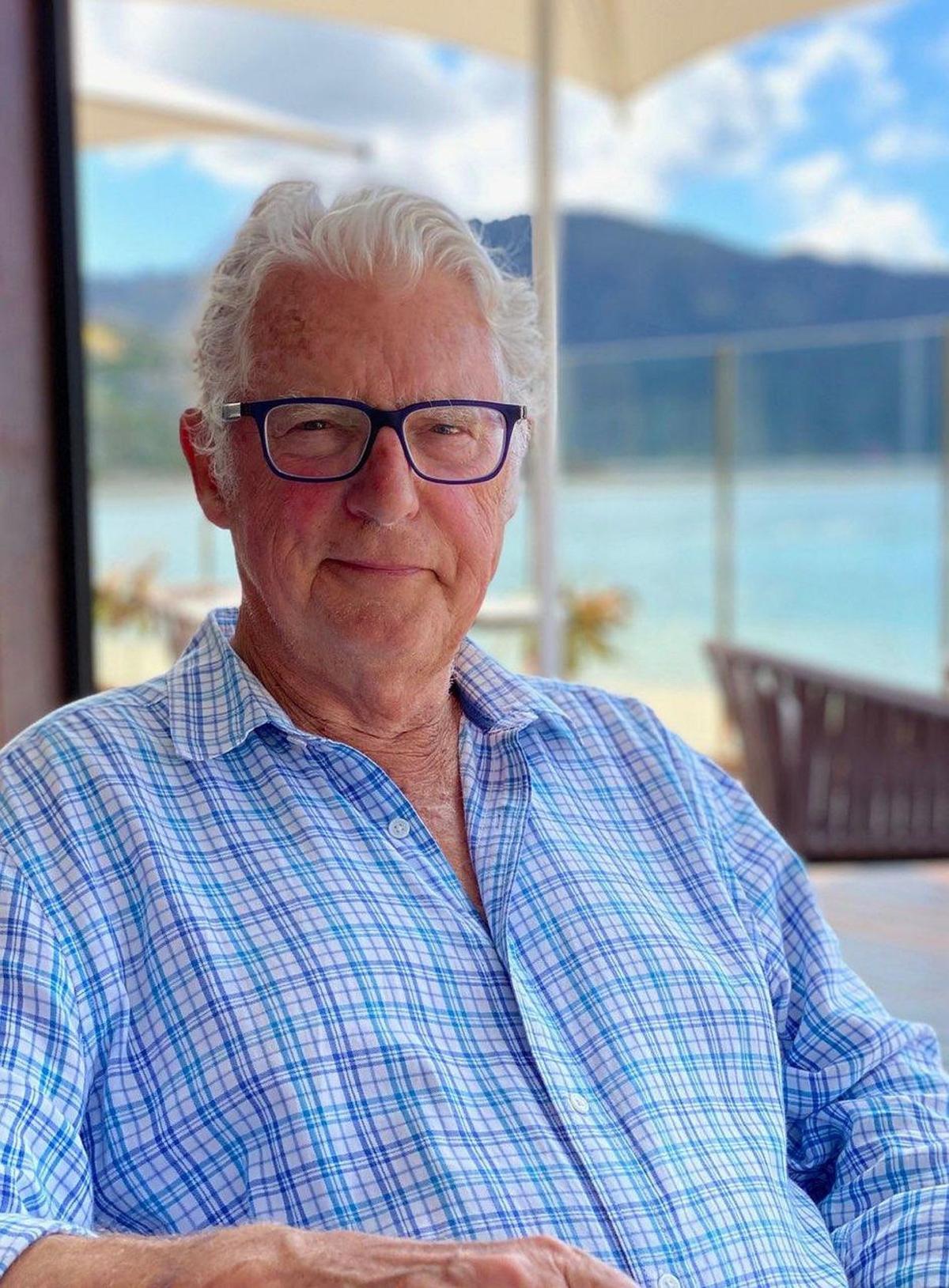 John Merchant, 75, passed away Jan. 14. Responsible for transforming parts of downtown Calistoga, he was the developer and owner of Indian Springs Resort & Spa, and the Calistoga Depot. 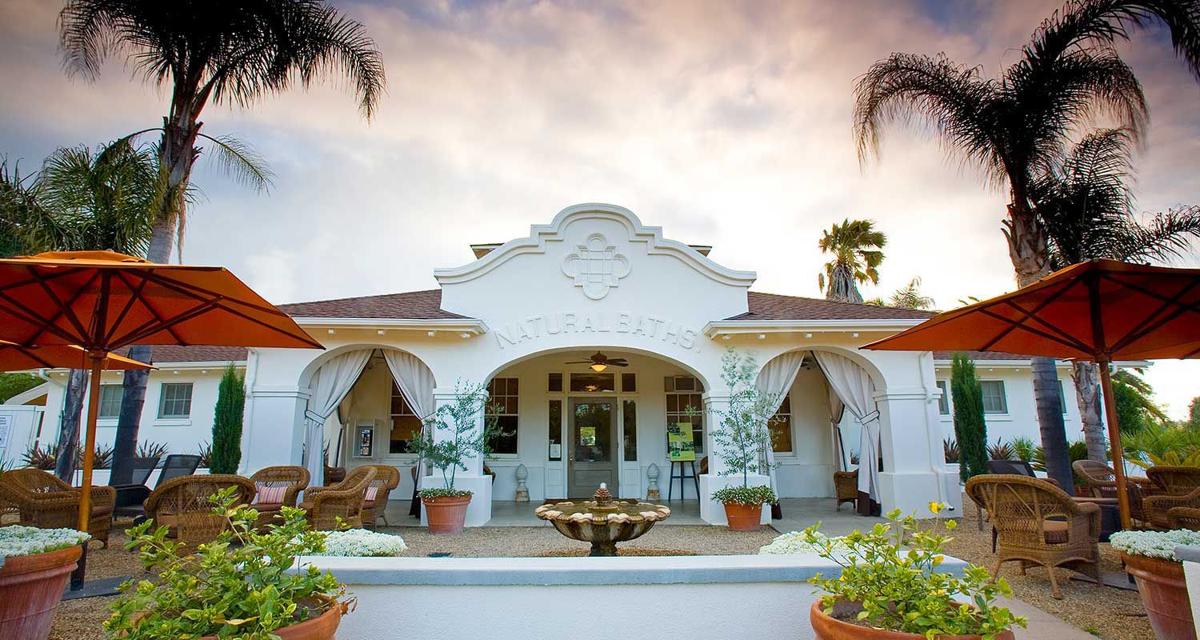 The main building today at Indian Springs Resort and Spa. 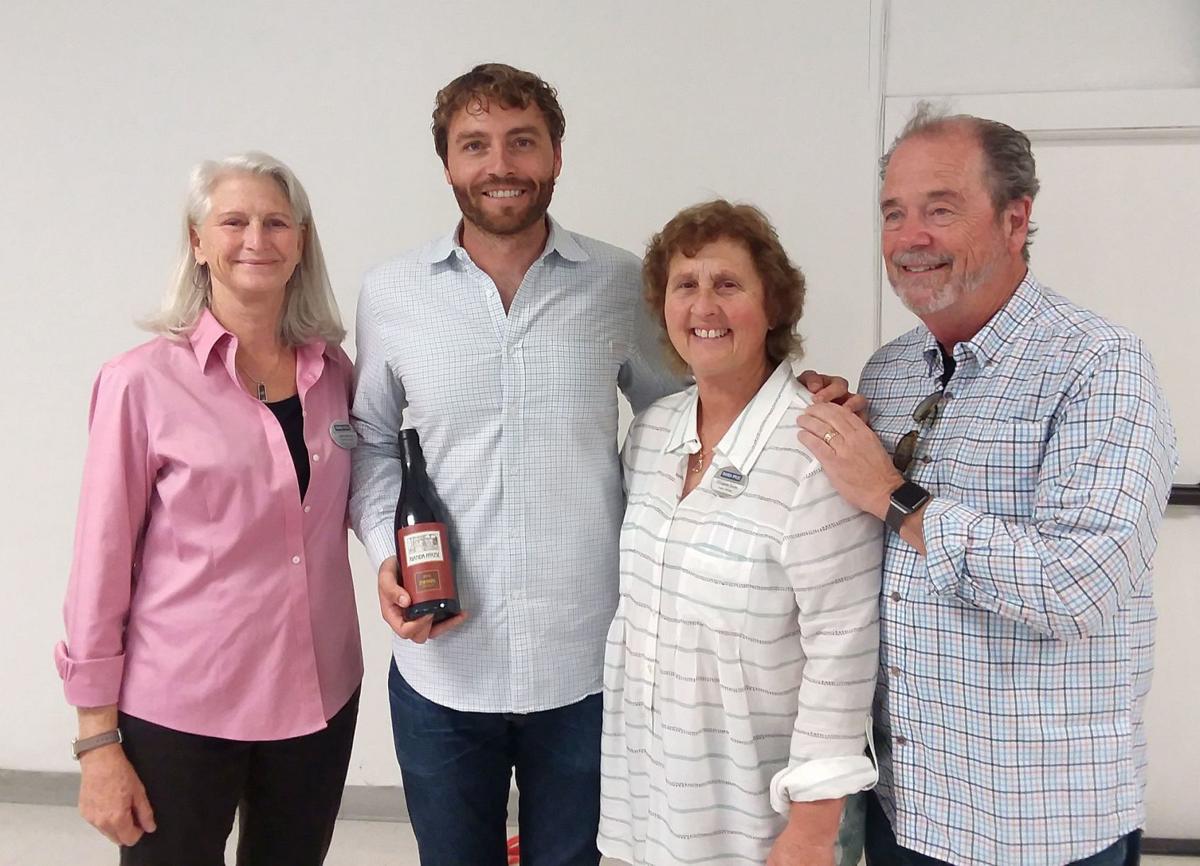 Danny Merchant, second from left, spoke at the Calistoga Community Center Oct. 16, about his family's Indian Springs Resort as part of Rianda House's monthly History of Napa Valley series. He was presented with a bottle of Rianda House wine by Julie Spencer, left, Elizabeth Cobb-Bruno, and Peter Working. 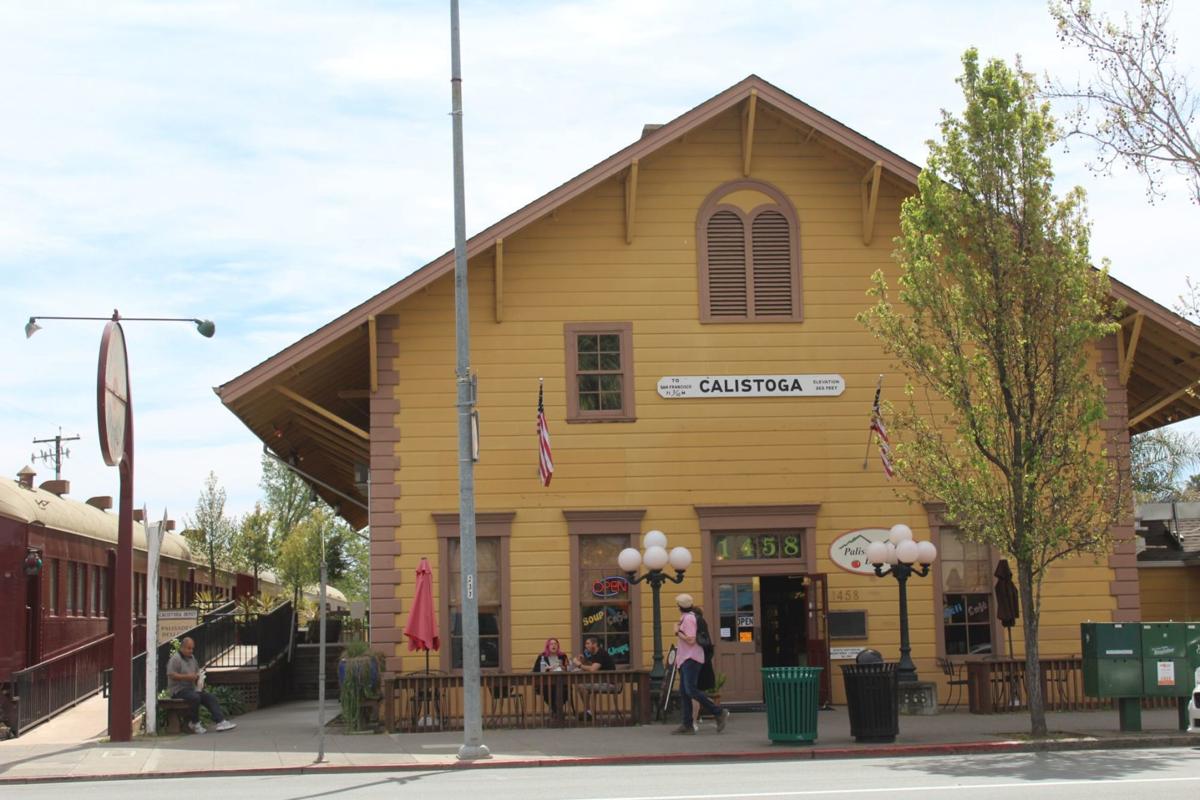 John Merchant was a creative visionary whose influence on downtown Calistoga will long be remembered.

Perhaps best known for the development of Indian Springs Resort & Spa, he also owned and rehabilitated the historic Calistoga Depot just down the block.

Merchant, 75, passed away Jan. 14 of health complications as he was returning from a family trip to Australia. It happened quickly, and “It would have been the way he wanted to go out. He disliked hospitals and didn’t want to be a burden to people,” said his son, Danny Merchant.

He is survived by his wife, Pat, daughter, Erin, and sons Danny and Ryan.

Merchant had a passion for transformation. His influence in Calistoga began in the 1980’s when he and Pat took over the former Sam Brannan property, which the family renovated into a world-class resort called Indian Springs. They also bought the old the Jehovah Witnesses church on the corner of Cedar and Spring streets, and converted it into a residence.

The family also owns several other properties around town, including the property across the street from Indian Springs, which houses Julie’s Hair & Nail Spa and two living units above the shop.

“I don’t know why he’s pegged as a developer; he was a great rehabber, he fixed up a lot of buildings,” said Danny Merchant. John and Pat had several restaurants previously, including Big Daddy’s in Calistoga and several in San Francisco.

He also had other real estate investments, “But really, Indian Springs was his baby, his passion. He lived and breathed that place. When he wasn’t traveling, he spent most of his days at resort starting at 7 a.m., and checking in at the pool by 6 p.m. to see how guests were enjoying themselves,” Danny Merchant said.

The Calistoga Depot, which is undergoing renovations, has at various times housed retail shops, food outlets, and office space.

“John Merchant was a visionary in Calistoga to rival Sam Brannan. His love for restoring Calistoga’s most iconic and historic buildings and his current work on restoring the Depot has truly been his gift to our city,” said Calistoga Depot Trading Company owner Kellie Anderson. “His style and creative energy will truly be missed in Calistoga.”

General contractor and Calistoga City Planning Commission Chair Paul Coates said he worked with Merchant over the course of more than 20 years.

“The community lost a wonderful person. I’m sure they are not aware of all the contributions and donations that the family has given this town,” he said Thursday. “He did it very quietly and humbly.”

Mayor Chris Canning said the Merchants contributed greatly to the creation of the community pool, and to renovations at Pioneer Park including the gazebo.

“He certainly made an indelible impression on the community. Calistoga is a better place today,” he said.

Despite his many community contributions, however, Merchant took his share of criticism, Coates said. His creative vision didn’t always jive with city planning requirements, or the vision of some community members.

“He was very intelligent and an idea person. Some ideas, not so great, but he was always willing to test the waters and see what would work. That can be very difficult in a small community,” Coates said.

Merchant also loved to travel. “And when you travel and see a lot of communities that are doing it right, you see a lot of places that are magical and special, and you want to bring that back to where you live,” Danny Merchant said.

“And he wasn’t afraid to voice his opinion if there was something he didn’t agree with. He was definitely an ideas guy. He was a visionary. He was fearless, and willing to take chances. We were his support network, and helped his ideas come to reality.”

One of Merchant’s latest projects is the Veranda Hotel, with about 95 rooms and a rooftop terrace, planned for the property between Indian Springs and the Depot on Lincoln Avenue, where the former gliderport used to be. In the last couple of years, the project has gone back and forth between the Merchants and city planners, and has undergone a few design revisions including downsizing the number of rooms, Danny Merchant said last October.

“It’s unfortunate he didn’t see many of the projects he was working on come to fruition. But we’re going to carry the torch forward for him,” Danny Merchant said.

Coates also said he foresees Danny and the family carrying on with John’s vision.

“They care about the community. Once they get past this I see them moving forward with what I see is the betterment of the community.”

As owners of Indian Springs Resort, The Calistoga Depot, and many other properties around town, Calistoga’s Merchant family is intricately int…

By Calistoga standards, it’s a big hotel project, one that would be front and center in downtown, and in a public meeting last week residents …

Local developer has plans to give Calistoga's Depot a major facelift

Calistoga could see another 170 hotel rooms in future

Downtown Calistoga could be the site for a new complex that includes a hotel, spa, restaurant, and apartment rentals.

The Calistoga Depot, a California Historical Landmark, has been sold to the owners of neighboring Indian Springs Resort, the Merchant family.

Indian Springs Resort and Spa concluded this spring the final phase of a $20 million renovation and expansion that began in 2014.

Under direction of a different executive chef now, things at Sam’s Social Club will largely stay the same, but stay tuned, because some exciti…

New trees to be planted in downtown Calistoga

The City of Calistoga is in the process of replacing the decaying trees along downtown’s Lincoln Avenue with a few new species. The project is…

The Calistoga Planning Commission is recommending that the city council recind the Geothermal Element in the Plan, and adopt an updated infrastructure element.

City Planners to discuss Calistoga Depot repainting at May 27 meeting

The historic Calistoga Depot is posied to undergo a color change, if approved at the next planning commission meeting May 27.

After much debate, the Planning Commission on Wednesday denied a request from the owners to repaint the Calistoga Depot a new color.

Memories of Calistoga and the SP Railroad

The Calistoga Planning Commission will consider details of the 96-room Veranda Hotel project on Wednesday, Aug. 26. The project includes a restaruant, bar, and rooftop lounge.

The Calistoga Planning Commission has pushed back the meeting to consider details of the 96-room Veranda Hotel project from Aug. 26 to Sept. 9. The project includes a restaruant, bar, and rooftop lounge.

After nearly 10 years in the works, The Merchant Family’s Veranda Hotel project will finally move forward.

The Veranda Hotel project will bring much-needed infrastructure improvements including a new and larger sewer line down Lincoln Avenue, saving the cost to ratepayers.

The Terrace Lounge at Indian Springs would be a non-mobile, 16-foot vintage Airstream outfitted with a prep kitchen, for casual dining for guests and the public.

Lil Ticen will be remembered by Calistogans for her many years of service to the community, her candor, and her sense of humor.

Deiter Diess will be remembered as an ardent supporter of numerous Calistoga community organizations and the Napa Valley Vine Trail.

John Merchant, 75, passed away Jan. 14. Responsible for transforming parts of downtown Calistoga, he was the developer and owner of Indian Springs Resort & Spa, and the Calistoga Depot.

The main building today at Indian Springs Resort and Spa.

Danny Merchant, second from left, spoke at the Calistoga Community Center Oct. 16, about his family's Indian Springs Resort as part of Rianda House's monthly History of Napa Valley series. He was presented with a bottle of Rianda House wine by Julie Spencer, left, Elizabeth Cobb-Bruno, and Peter Working.