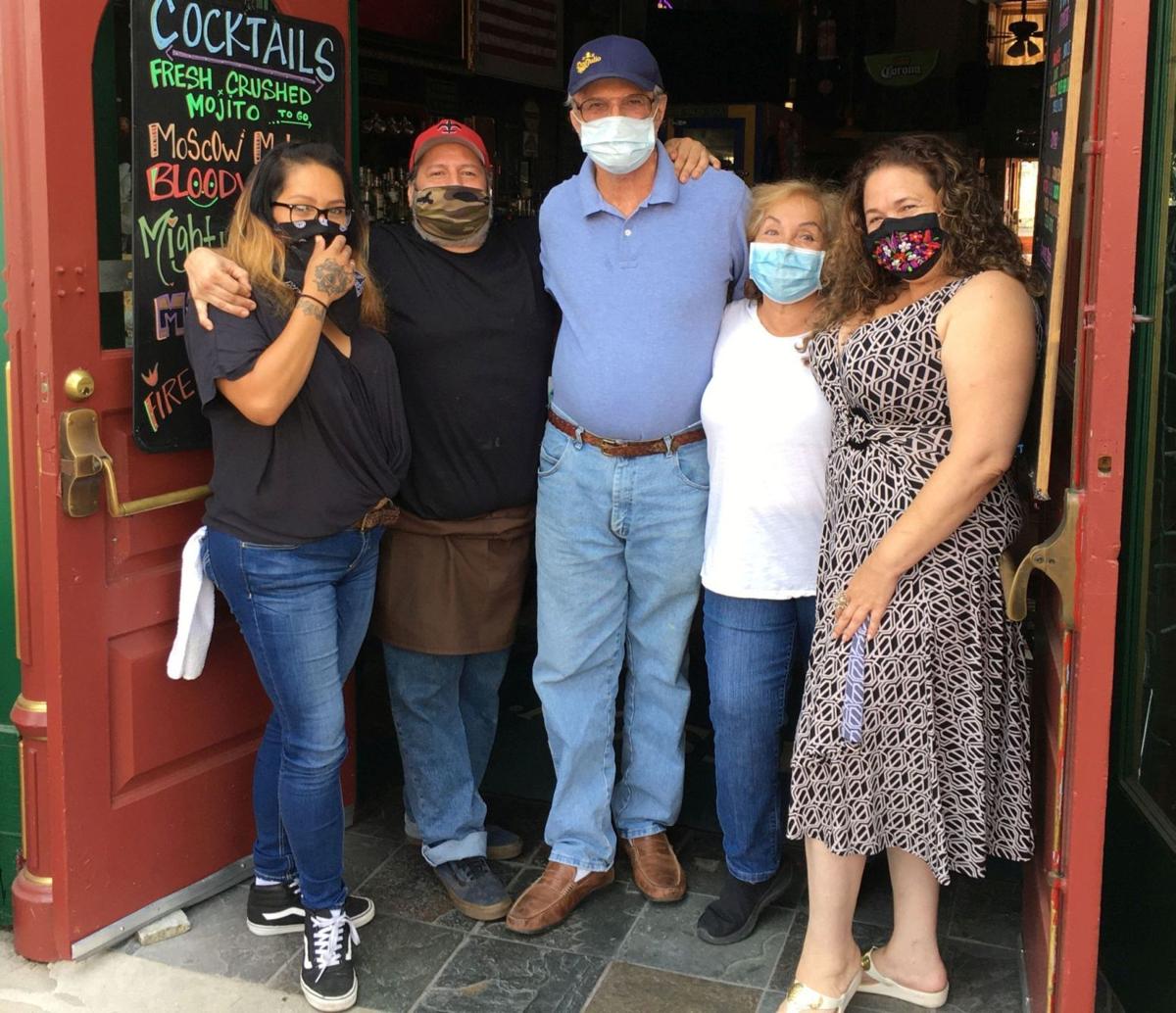 During the evacuation of Deer Park and Angwin, the families of Duncan and Ana Vigil Footman and their pets stayed in the Cantina. From left, they included Vanessa Gonzalez, Mike Rallis, and Roxanne Rallis. 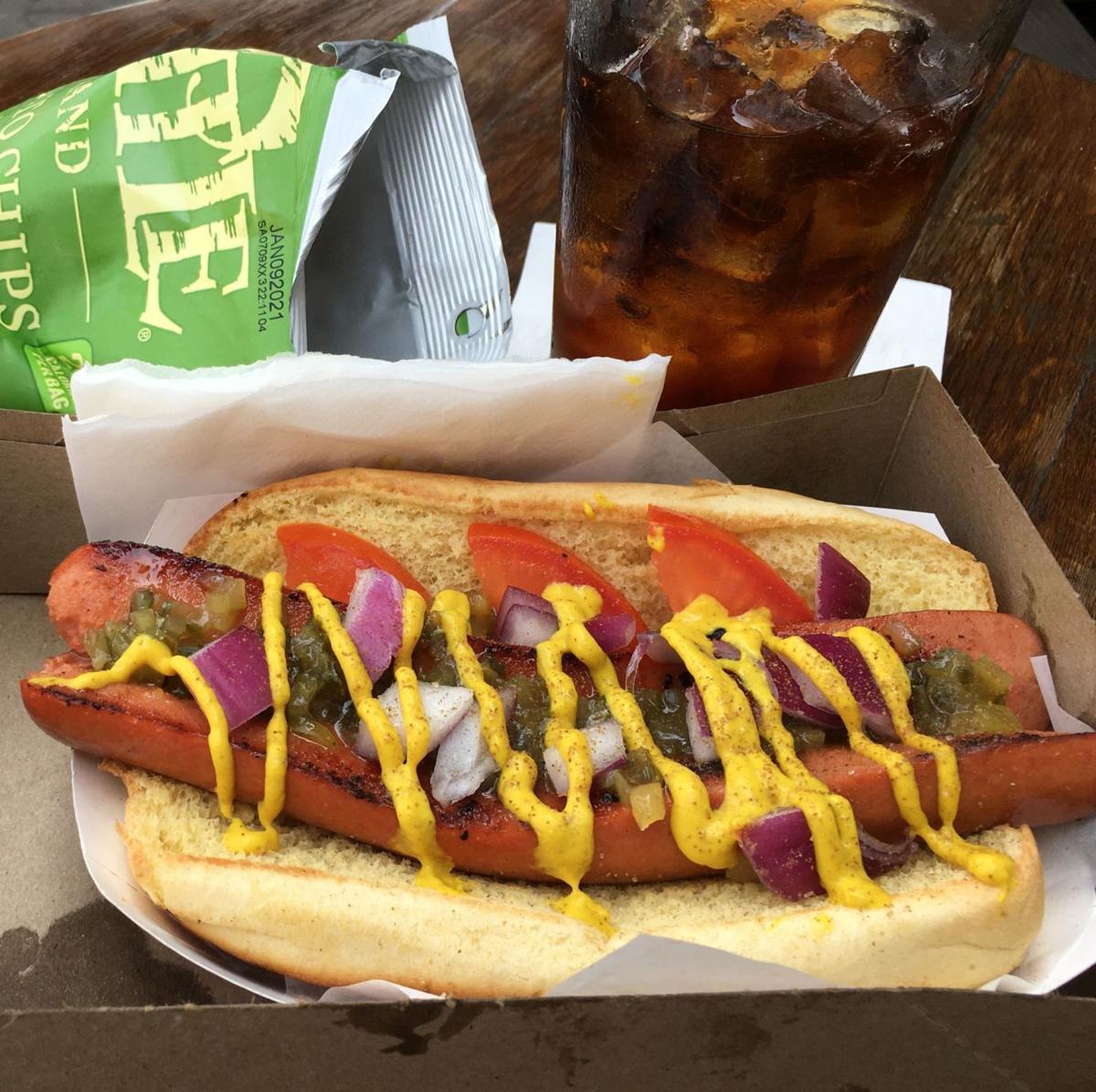 An All-American meal, which includes chips, Coke and a Chicago hot dog is one of the offerings for lunch at Ana's Cantina, 1205 Main St. in St. Helena. Ana Vigil Footman established Ana's Cantina in 1987.

Ten people and their five pets — all members of the Duncan Footman family — evacuated from Deer Park and Angwin and spent a week sleeping at Ana’s Cantina in downtown St. Helena.

“Thank God we have this place, you know, because we have a roof over our heads,” said Ana’s Cantina co-owner Ana Vigil Footman. “Everybody has been staying here.”

The menagerie included two dogs, one parrot, one cat and one guinea pig. Ana said she and her husband, Duncan Footman, spent the first night sleeping on the pool table, but added, “It was so hard, you know what, the next morning, I was so stiff.”

They didn’t make that mistake again. Instead, the family, all who live in Deer Park and Angwin, slept on the benches or on the floor.

The cantina opens at 11 a.m., so everyone had to be gone by then. In the evening, Footman said they have been closing by 7 or 8 p.m., depending on business. “We’re closed Mondays and Tuesdays, so that gave us a little bit of space, so we can wash our clothes at the laundromat. It has been a nice experience, I tell you,” Footman said.

“I come from a country that has earthquakes and we sleep in the street after an earthquake. So I told my kids, we are grateful that we have a roof over our heads and that we don’t have to stay in the car.”

Ana and her staff are selling hot dogs for lunch and dinner, so the bar can remain open. (Without food, Ana’s would have to be closed.) On Friday, over a lunch of a Chicago dog with chips and a soda, Footman said it is nice to be included in the St. Helena community.

“The police department and their dispatchers have been watching over us,” she said. “I feel this is a time to give thanks to all these people that are helping us.”

People will come by and ask if Ana and her family are OK and if they need anything. That small gesture means so much, Footman said. “All of that moral support is what we need. That makes my heart full and just very thankful.”

On Friday, some of the family had been allowed to go home, but Ana and Duncan, who live in Angwin, were still evacuated. And then, before lunch had ended, Footman got word that she and Duncan could go home. “That’s wonderful, great news, so I can go home today,” she said with a huge grin on her face.

Calistoga escapes damage from LNU Complex Fires, others not so fortunate

As portions of Napa Valley and neighboring counties experienced destruction, loss of life, and evacuations, the City of Calistoga escaped the fires intact.

This FEMA programs covers evacuees with food and lodging expenses.

Her coat is soft and medium long with fancy tufts that frame her pretty face and big green eyes. Contact WineCountryAnimalLovers.org/kitty/Jewel

Floating on a vast sea of data

Modern technology means newspapers are awash in data about their readers and how they interact with their stories, Editor Sean Scully says.

During the evacuation of Deer Park and Angwin, the families of Duncan and Ana Vigil Footman and their pets stayed in the Cantina. From left, they included Vanessa Gonzalez, Mike Rallis, and Roxanne Rallis.

An All-American meal, which includes chips, Coke and a Chicago hot dog is one of the offerings for lunch at Ana's Cantina, 1205 Main St. in St. Helena. Ana Vigil Footman established Ana's Cantina in 1987.