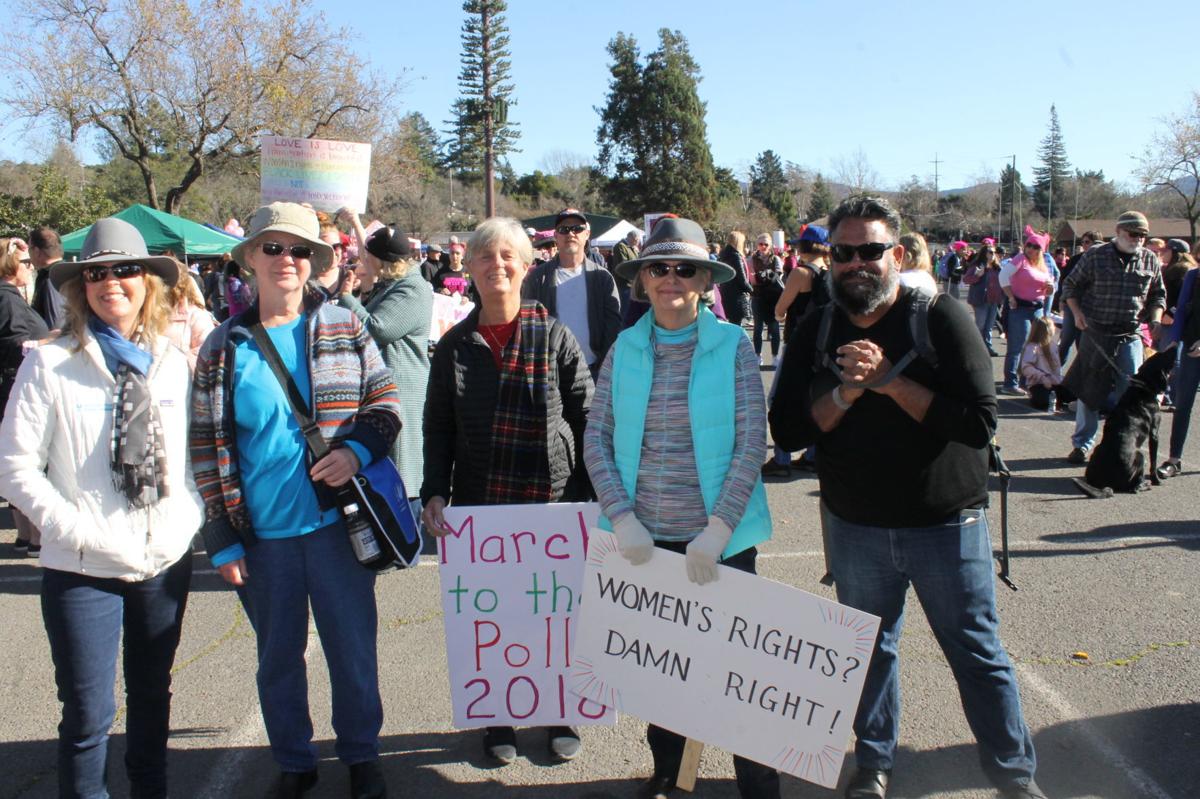 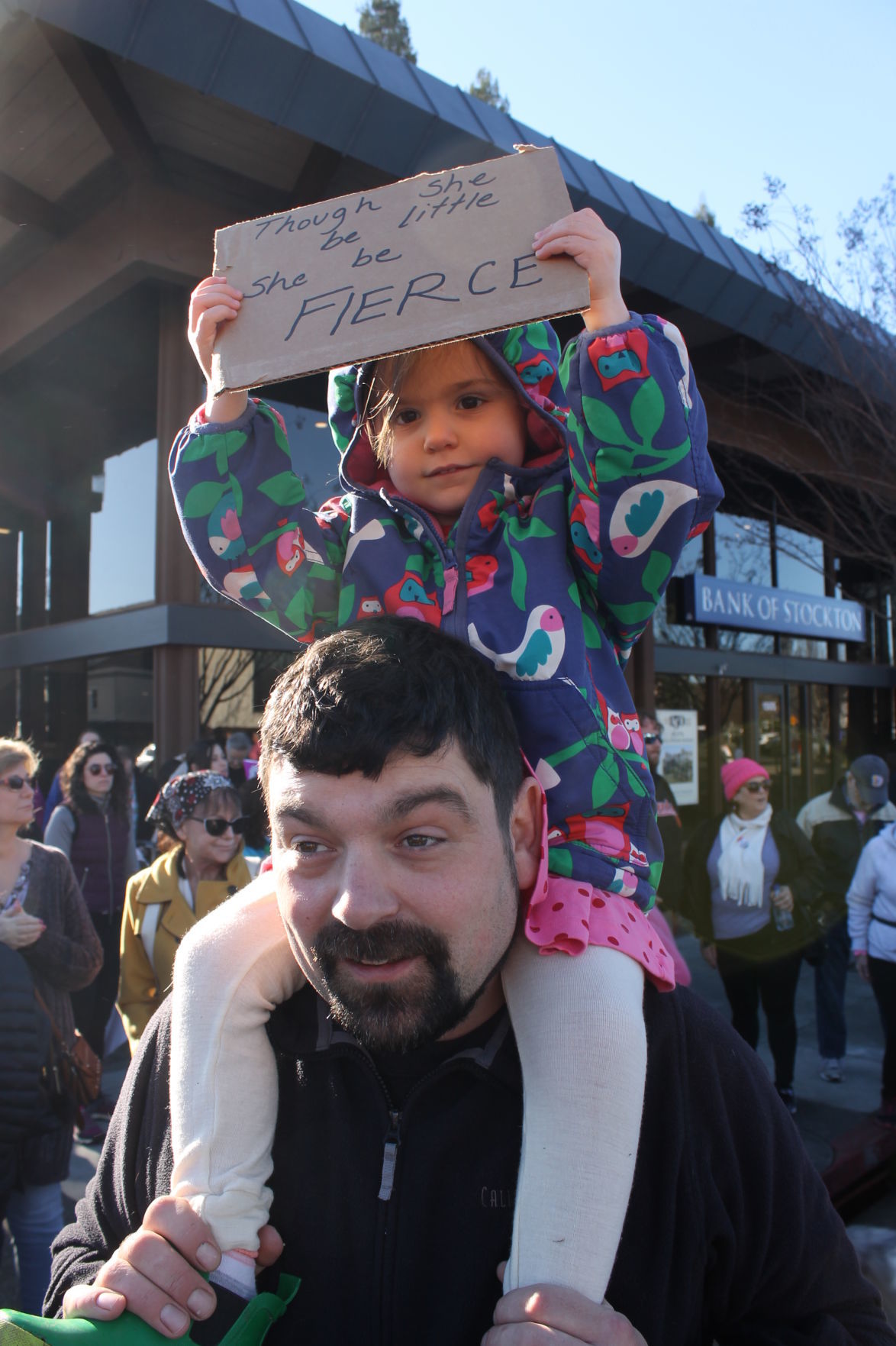 Ada Gardner of Calistoga sits atop her father Bryan Gardner's shoulders in front of Napa City Hall in preparation for marching in the Women's March Napa Valley 2018 on Saturday. Some marchers remarked that the proportion of men in support of women's rights was significant.

Ada Gardner of Calistoga sits atop her father Bryan Gardner's shoulders in front of Napa City Hall in preparation for marching in the Women's March Napa Valley 2018 on Saturday. Some marchers remarked that the proportion of men in support of women's rights was significant.

The march will be held Saturday, Jan. 18, with the theme “Power in Unity.” The march will start at 9:30 a.m. at Veteran’s Memorial Park on Main Street and end at Coombs Street, where marchers will gather in front of a stage. Drummers and chanters will also be part of the March program, as well as over 40 nonprofit organizations and activist groups that will share information about their services and volunteer opportunities. The event is from 9 a.m. to 1:30 p.m.

Cantrell, a Seattle native, was with her fiancé at the Route 91 Harvest music festival in Las Vegas on Oct. 1, 2017, during one of the deadliest mass shootings in U.S. history. A shooter killed 58 people and wounded 413. Since that time, Cantrell has testified on gun legislation, campaigned locally for change, and joined two nonprofits working to stop shootings in America.

Irit Weir, WMNV founder and Steering Committee member, said the theme of the march, “Power in Unity,” represents the tremendous force that’s unleashed when vocal community activists, such as Cantrell, unify around a common cause.

“We are beyond excited for next year’s March. It’s clear that 2020 will be a very important year for change, and we are so pleased that the Women’s March contributes to an exciting, and growing, outpouring of community action,” said Weir.

Throughout the year, the WMNV partners with local, regional and national activist groups on a range of issues, including the protection of DACA recipients, the preservation of the Affordable Care Act, support of community immigrants and enrolling eligible voters.