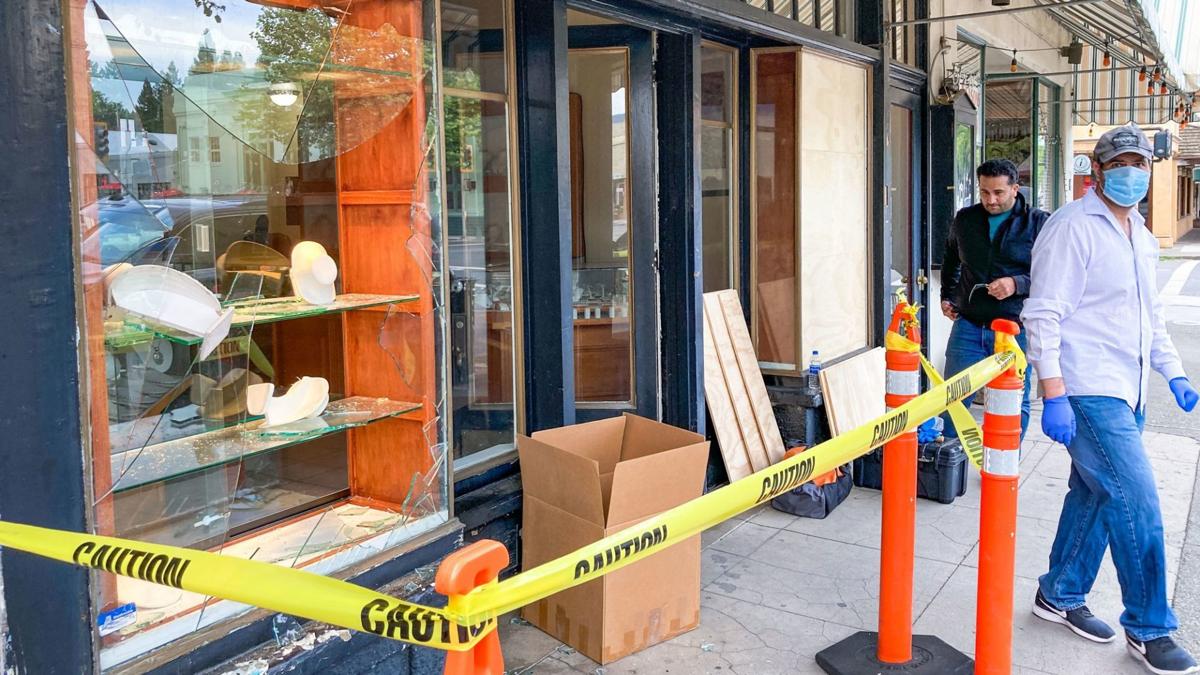 The Golden Bear jewelry store in downtown Calistoga was burglarized twice in the past week. Owner Raed Aysheh, right, believes the thefts were inspired by recent vandalism seen on TV. 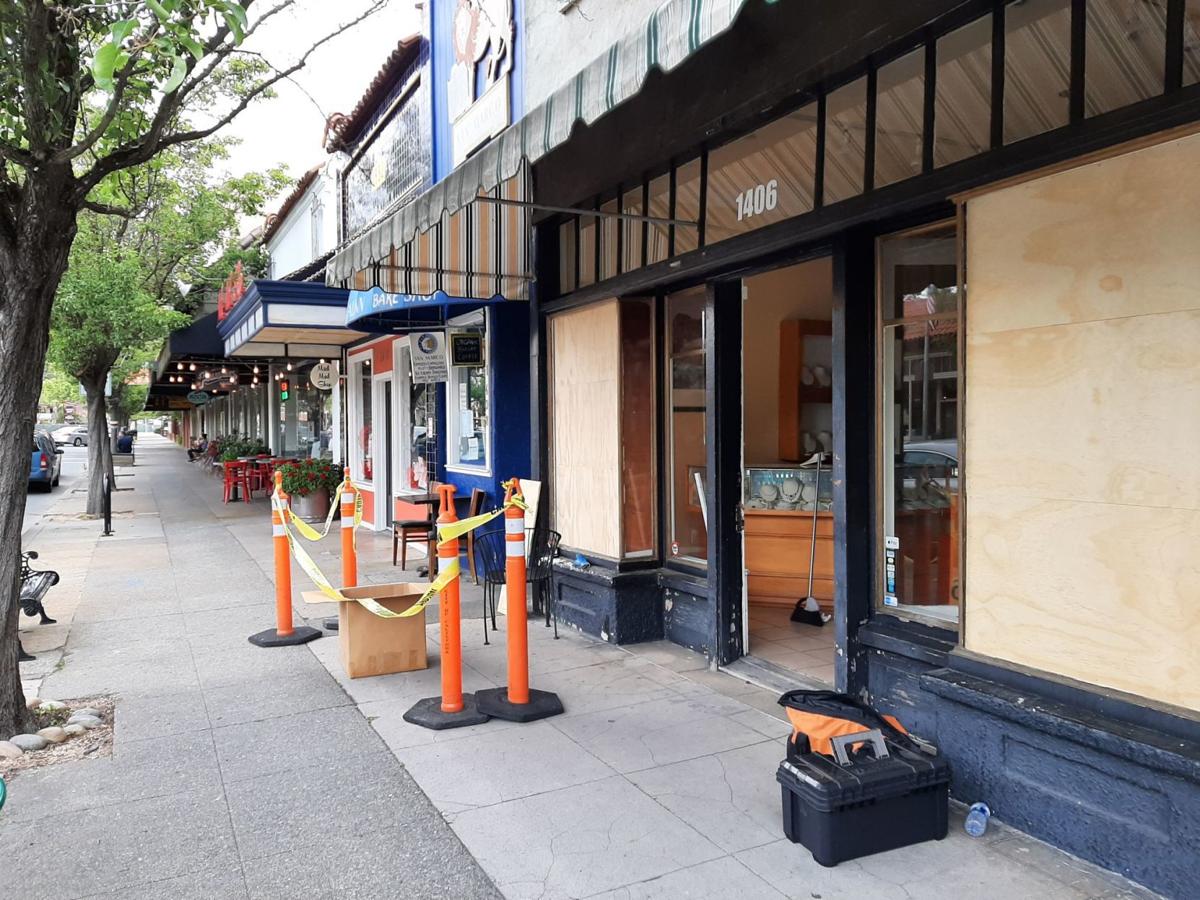 The Golden Bear jewelry store in Lincoln Avenue was boarded up Friday morning, after it was burglarized for the second time in less than a week.

The Golden Bear jewelry store in downtown Calistoga was burglarized early in the morning of Friday, June 12, for a second time in less than a week.

Thieves broke one of the storefront windows, triggering the store alarm at about 2 a.m., in what the owner, Raed Aysheh, described as a “smash and grab,” getting away with an undisclosed amount of jewelry displayed in the front windows.

According to Police Chief Mitch Celaya, a newspaper delivery person heard sounds of breaking glass, and saw three males running away from the jewelry store to a parked car on Lincoln Avenue. They drove northbound in an older style, 4-door vehicle with loud exhaust noise.

“We are conducting follow-up on possible video along Lincoln Avenue. We recovered some jewelry on the ground mixed with the broken glass but have yet to receive a list of stolen property or the amount of loss from the property owner,” Celaya said.

The store was also burglarized June 6, at about 3:30 a.m., in the same fashion. It was reported by a security guard who works at Indian Springs Resort who was passing by when he saw the broken window and called the police. Officer Michael Miceli responded and found the broken window with a trail of drops of blood from the area to where a car might have been parked at the curb.

Miceli collected as much of the blood as he could for evidence, but it is not know yet if the samples are enough to get a DNA hit, Celaya said, and it is not known when results might be available.

“These type of tests are typically done on major felony crimes and there is a wait time. I’m not saying this is an unimportant case but priority typically goes to rapes, murder, and other violent crimes against people,” Celaya said.

Aysheh said he has done business on Lincoln Avenue for about 15 years and has never had a problem before. He said that someone got the idea from seeing all the looting that is going on in the news, related to the George Floyd Black Lives Matter protests.

“Being the only jewelry store in town, the opportunity is there,” he said.

Burglaries up 19 percent in a year in St. Helena

The importance of neighborhood awareness was brought home recently as multiple break-ins were reported to St. Helena Police within three days …

Calistoga Police Department calls for May 20 - 26.

Napan Hilary Molloy has expanded her beautifying business with HilaryMolloyDesigns, a line of earrings, bracelets and necklaces made from natural materials.

California workplace safety officials have announced an inquiry into the death of a man who fell from a tree outside St. Helena on Friday.

Photos as seen in The Weekly Calistogan, the week of June 18

The Golden Bear jewelry store in downtown Calistoga was burglarized twice in the past week. Owner Raed Aysheh, right, believes the thefts were inspired by recent vandalism seen on TV.

The Golden Bear jewelry store in Lincoln Avenue was boarded up Friday morning, after it was burglarized for the second time in less than a week.