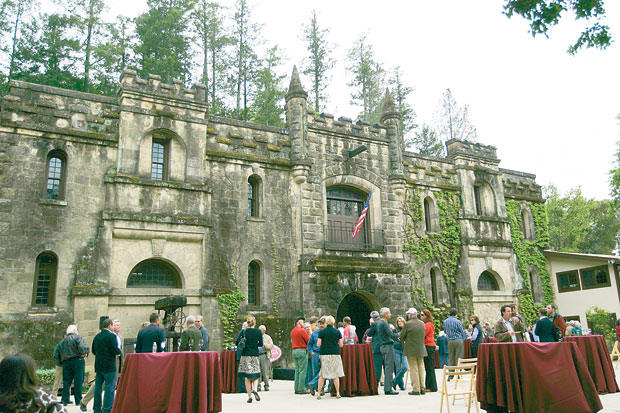 Calistoga’s Chateau, an historic stone winery that is part of Chateau Montelena, was named to the National Register of Historic Places, which is operated by the National Park Service. J.L Sousa/Register file photo 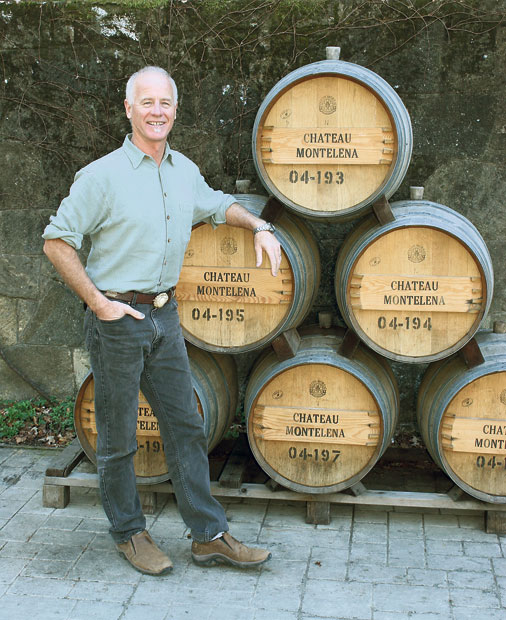 According to the NPS, the property has two periods of historic significance. The first was when Alfred L. Tubbs finished building a stone winery in 1888; the second was when a 1973 Chateau Montelena Chardonnay was one of two Napa Valley wines that won the famous Paris Tasting that was held May 24, 1976.

Listed on the National Register is the 1888 stone winery, called Chateau, and the 5-acre Jade Lake, with its islands and three bridges that date from about 1960.

Bo Barrett, currently master winemaker and partner in the family-owned winery, is the son of Jim Barrett, who bought the property in 1972. He said the family is pleased at the recognition because it tells the history of California and Napa Valley winemaking.

“It goes back a lot farther than people give us credit for,” Bo Barrett said. “Everybody said [the start of Napa Valley winemaking] is 1976 and the Paris Tasting, or 1969 when Robert Mondavi built his winery. That’s just not true.”

In 1897 when Alfred L. Tubbs was operating his winery on Tubbs Lane, 2 miles north of Calistoga, California wineries won 27 medals at the Paris Exposition, Barrett said, and “three-quarters of them were from Napa Valley products.”

Barrett said the recognition “is a little bit about Napa Valley being recognized as a global leader in making quality wine. That’s what we take our greatest satisfaction in.”

The process of getting the Chateau Montelena estate listed on the National Register of Historic Places began about four years ago, Barrett said. At that time, the stone winery building, named “Chateau,” needed seismic retrofitting. It also contained a then-state-of-the-art 1972 winery that was outdated.

During the planning process for the seismic retrofit, Barrett said he found out the historic building was eligible to be listed on the NRHP and decided to apply.

The problem was that the history of the estate was anecdotal and had not been compiled.

“We’re a small winery and we’re not going to spend the time and money going through the history books,” Barrett said. “We’ve got a job to do, farming 200 acres and making wine.”

The Barretts hired Naomi Miroglio from San Francisco’s Architectural Resource Group. She pored over records at UC Davis, from the state, at the St. Helena Library and the Napa Wine Library and compiled a history. The Barretts submitted the application for Tubbs’ historic stone winery, and then a funny thing happened.

Barrett said the government researchers “looked us up and determined who we were.” They told Barrett there was more to the story and they should add the information about the Barretts’ ownership of Chateau Montelena and the period from 1968 to 1976, which is when the Paris Tasting took place, because the Paris Tasting was so significant for the Napa Valley wine industry.

Barrett said, “When Chateau Montelena and Stag’s Leap Wine Cellars won, you have to remember the center of American winemaking was in Modesto. It was not in the Napa Valley or in Sonoma Valley.”

After the Paris Tasting, the center “moved back to where it should be” in the Napa Valley, Barrett said.

Barrett was 18 in 1972 when he joined his father at Chateau Montelena.

“We got here and there was a dirt floor and the place had been abandoned. A local businessman, Lee Paschich, got it relicensed, but the Chateau still had a dirt floor,” Barrett said. “Then we had to pour concrete, buy some tanks, get a destemmer, ramp up and build a winery.” They also patched the roof.

Outside, the property was overgrown and the vineyards were “really jungly,” Barrett said. Planted were sauvignon vert, burger, grenache, alicante bouschet, mondeuse and barbera. “We had all kinds of weird stuff for both the Napa Valley Co-op [where Hall Winery is now] and for shipping.” The burger grapes, for example, were put into a railroad car and shipped to the East Coast because their thick skins made them mold-resistant.

The Barretts started replanting the vineyards with cabernet sauvignon and made their first varietal in 1978.

The famous 1973 Chateau Montelena Chardonnay that won the white flight in the Paris Tasting was made mostly from grapes grown in Hanna vineyards from Dry Creek Road. Added to that chardonnay were grapes grown in a vineyard from Alexander Valley. Barrett said a mixing of Napa Valley and Sonoma County grapes into a single chardonnay was fine then, because there were no rules and no American Viticultural Areas. “We just searched out the best vineyards we could,” he said.

Today, the Barretts still buy chardonnay grapes from the Hanna vineyards and raise estate cabernet sauvignon on their 100 acres of vineyards attached to the estate.

The seismic structural work on the historic stone Chateau began in February 2011 and was completed by August. Because Chateau Montelena wines are estate-bottled, they could not be made at another winery facility, so the work had to be done within a growing season and the winery had to be ready for harvest.

Barrett said this entailed drilling another cave for storage, digging down to bedrock, pouring a new concrete floor, building new columns, reinforcing the wooden timbers with iron and making sure the stone walls wouldn’t fall down in an earthquake. They kept the walls and windows and the structural seismic engineering had to be correct for the age of the building, Barrett said.

Along with upgrading the building, the ground level of the Chateau now has a state-of-the-art winery, with modern winemaking equipment.

What was the cost? “More than it should have been,” Barrett said. “It cost more than the million we paid for the whole place in 1972.”

The winery’s total production is around 42,000 cases per year. Two-thirds of their wines are made from red grapes, mostly cabernet sauvignons.

“We still make a zinfandel, we have 20 acres of vines,” Barrett said, “because we still have barbecues.”

• 1896: Alfred L. Tubbs dies, leaving the estate to be run by his son, William Tubbs. At this time, A.L. Tubbs Winery, which will later be called Chateau Montelena, is the seventh-largest in the Napa Valley.

• 1915: William Tubbs dies; his son, Chapin Tubbs, takes over and renames the winery.

• 1978: The winery’s first estate cabernet sauvignon is made.

• 2009-2010: Plans are made for the seismic retrofit of Chateau, the stone winery building.

• February to August 2011: The stone winery is seismically retrofitted.

Calistoga’s Chateau, an historic stone winery that is part of Chateau Montelena, was named to the National Register of Historic Places, which is operated by the National Park Service. J.L Sousa/Register file photo