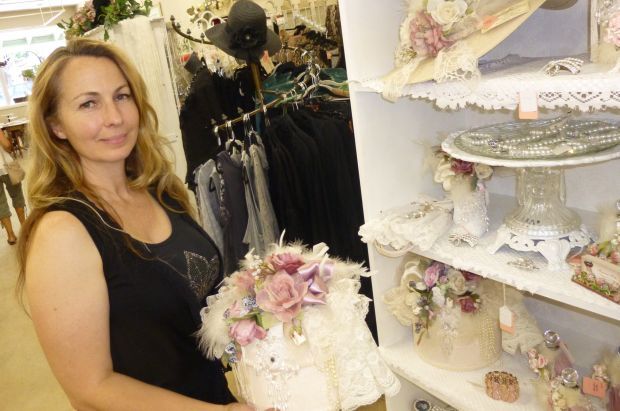 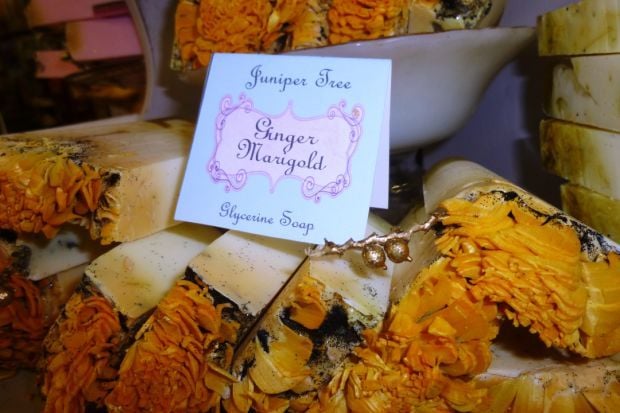 Chicken Scratch carries a variety of artisan soaps such as this made with dried marigolds. 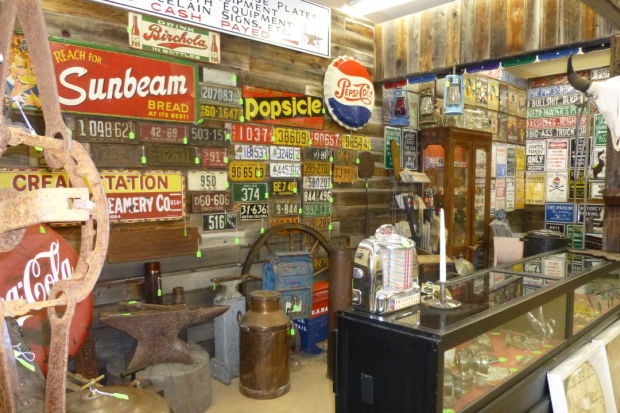 Some of the decor at Chicken Scratch is brand new, other pieces are antiques or collectibles. 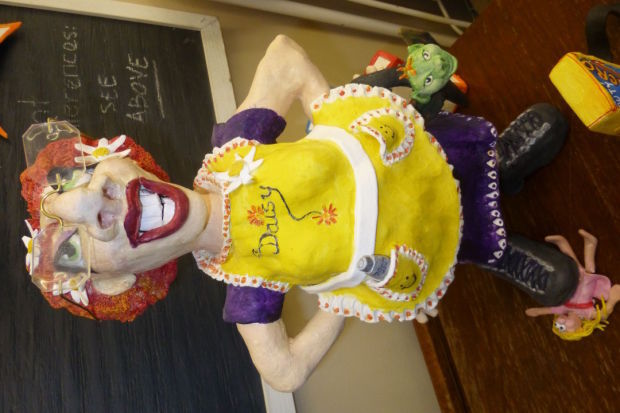 Daisy Day Care sculptures, made by artist Rickki, who goes by just one name, are playful and fun.

Armed with a quirky store name that invites curiosity and an eclectic mix of goods, a new shop on Lincoln Avenue has a little something for everyone including the promise of art classes and locally made art.

Chicken Scratch, located at 1348 Lincoln Ave., which unofficially opened its doors on May 23, is filled with antiques, artisan-made jewelry, paintings, clothing, home decor — both new and old, manufactured and hand-made — sculpture (more on that later), greeting cards, what-nots, what-ifs and a bunch of gotta-haves.

Owner Jennifer McGee, an artist and sculptor, said she chose the name because it was hard to define what it might mean to someone; it could be a conversation starter.

“I got the name from a store in Australia,” she said.

In Calistoga, where backyard hen keeping was recently approved, some might mistake the chicken connection with being a supply store, but that’s not part of this store’s inventory.

“It’s actually an old embroidery stitch,” McGee said. And in an odd way the concept works as a way to define an indefinable collection of stuff that’s fun to peruse.

McGee has a host of artists to provide an array of unique offerings.

A seamstress who sews to keep her mind off her cancer and chemotherapy treatments makes pillows, some with an appropriate theme of chickens on them. Another artist who goes by the singular name Rickki, creates silly-faced, fun-loving characters under the name Daisy Day Care, as well as soulful angel figures and mad-capped critters.

On the other side of the space formerly occupied by ECHO Gallery, romantic, feminine, unique clothing and accessories such as hats, handbags, shoes and jewelry along with perfume dispensers and boxes are wrapped in lace, flowers and bling, the work of Barbara Barron of the appropriately named Feminine Frills. McGee said Barron also plans to host tea events at Chicken Scratch in the future.

Another artist, Linda Marshbanks, spent 352 hours hand-painting a decorative game table with intricate designs around a checkerboard pattern. Marshbanks will also teach classes at the store.

Antiques, some serious, some not, interlace the store. A French armoire, circa 1870 — a serious antique — was imported from Paris and sits near a same-period French bed stuffed with horse hair. McGee has “pickers” – people who hunt down antiques or other collectibles – who are able to provide her with a steady stream of interesting merchandise, she said.

A small desk, old enough to be called an antique, was in rough shape when McGee rescued it, but the finish was better off being covered in an inspiring coat of fresh paint.

McGee is an artist and sculptor specializing in a material called “darjit,” which is composed almost exclusively of recycled materials including paper, clay and silica powder. Added to it are other recycled materials such as old acrylic house paint, sand and cement. The combined material can be sculpted into just about anything, McGee said. In progress at Chicken Scratch she is forming the foundation for a butterfly bench. A wire form wrapped around an existing bench will be coated with darjit, and she will later transform it from ugly caterpillar nothingness to beautiful butterfly bench.

One of her sculptures, a 5-foot column, “Entwine,” took best of show at the 2012 San Francisco Flower Show where it was displayed with a flower display on top. It can be found now at Chicken Scratch. McGee will hold classes on how to work with darjit and other materials as well as classes taught by other artists, which will be a staple in the back of the store. She has plans to entice Hollywood friends who are in the special effects world to come up and teach a class on make-up, design or other art styles.

The eclectic nature of the store will be set off by vignettes, about 10-feet-by-10-feet, so as to mimic a common bedroom in a home. It’s a way to allow people to visualize how merchandise might actually look in their own homes, McGee said. A Parisian-styled room, for example, might showcase a small sparkly chandelier over a French farm table holding a bevy of elegant linens, and blue-and-white dishes. Another room might highlight the Art Deco era, with sleek figurines, bold colors and geometric shapes.

McGee is an experienced shop owner, previously operating small gift shops, and was able to pull together a wide variety of merchandise in short order. She is shooting for a June 7 grand opening, but remains reluctant to commit to a specific date until the whole store is pulled together, she said, but plans to offer specials, raffles and possibly a tea.

Chicken Scratch carries a variety of artisan soaps such as this made with dried marigolds.

Some of the decor at Chicken Scratch is brand new, other pieces are antiques or collectibles.

Daisy Day Care sculptures, made by artist Rickki, who goes by just one name, are playful and fun.