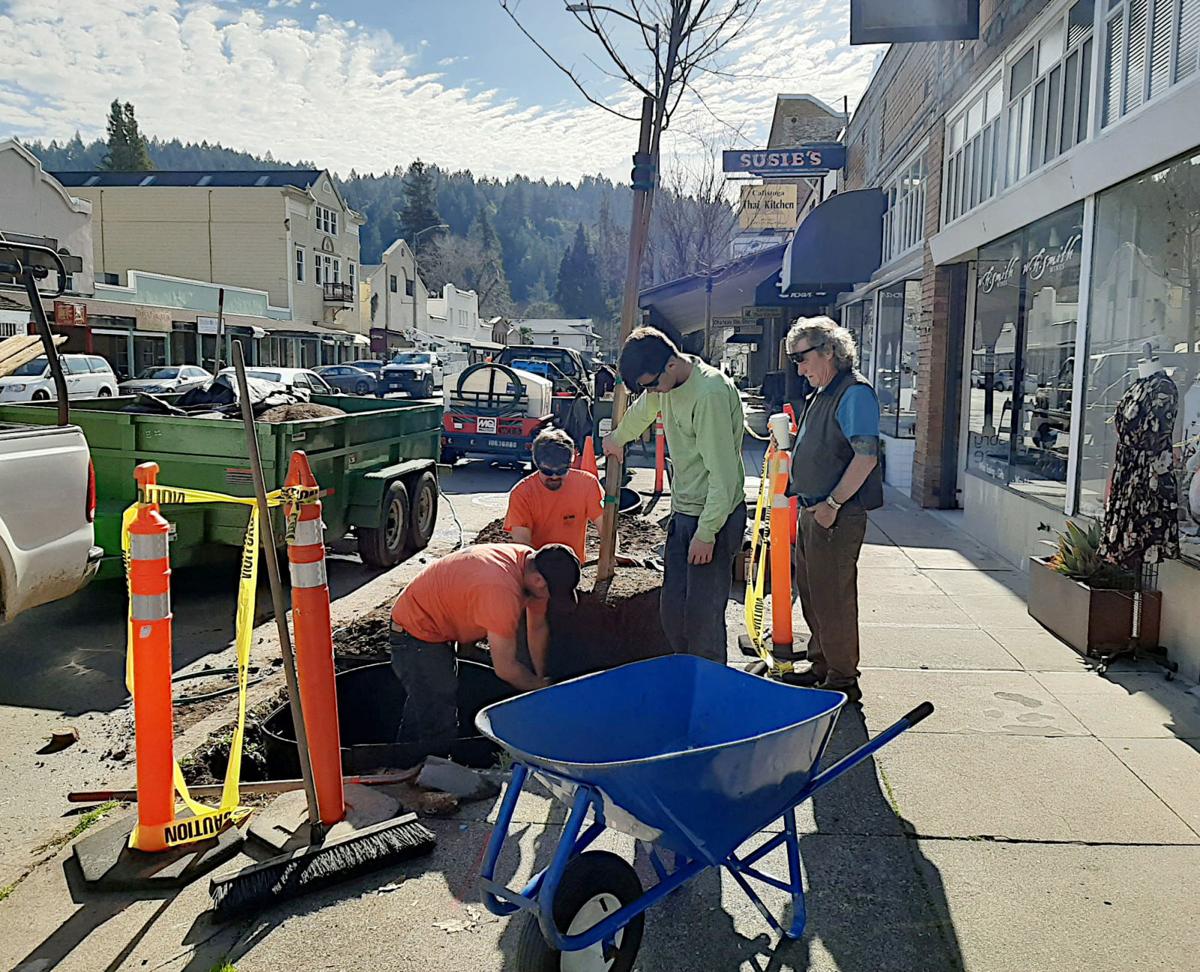 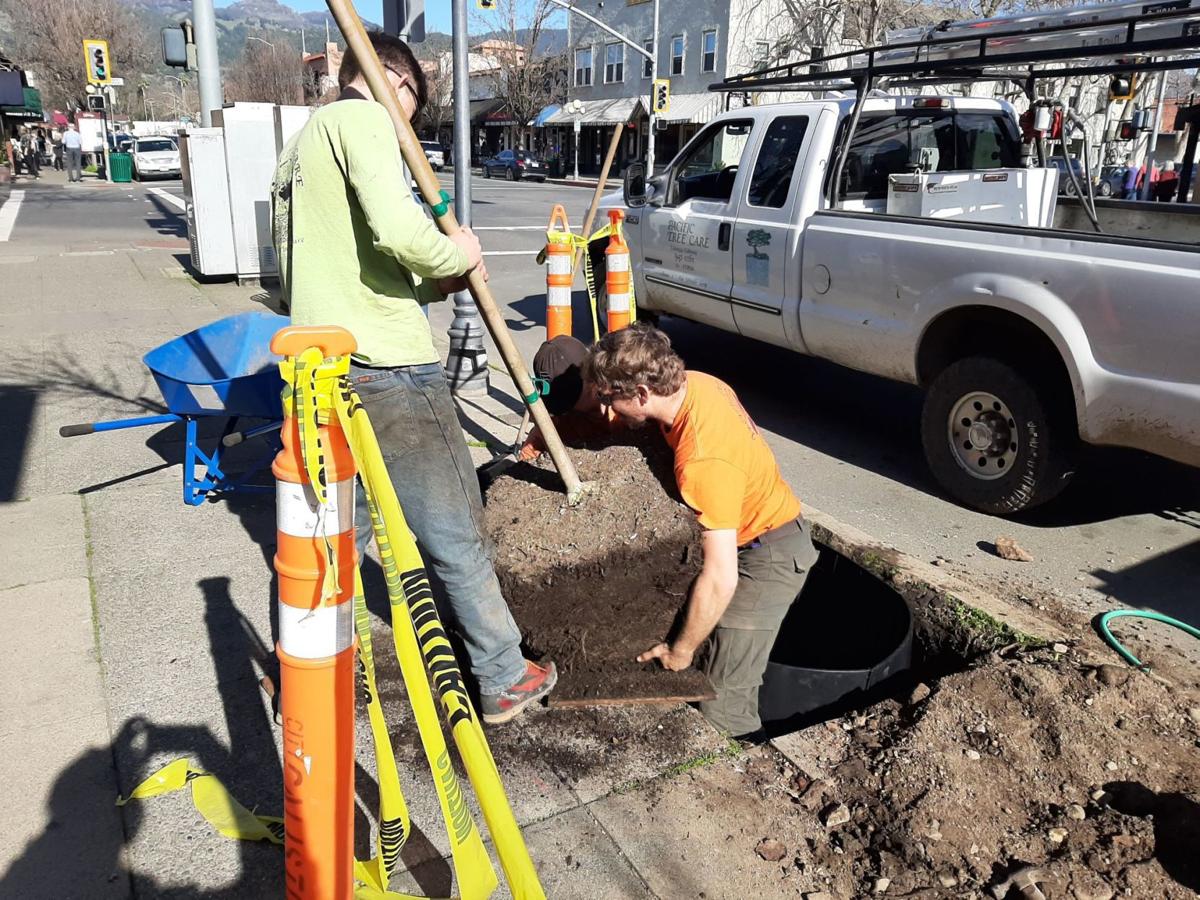 The City of Calistoga is replacing trees along Lincoln Avenue. The crew from Pacific Tree Care planted Crepe Myrtles on Jan. 31.

The City of Calistoga is in the process of replacing the decaying trees along downtown’s Lincoln Avenue with a few new species. The project is planned to take the next three years.

About 15 trees will be replaced this year, with 10 more next year, and about five more the following year.

The majority of trees being removed are flowering pear trees, and also a few Chinese Pistache, one maple and a couple of crepe myrtles, said Public Works Director Derek Raynor. Most were planted in the early ’90s and are almost 30 years old.

On Jan. 31, Pacific Tree Care was planting a Crepe Myrtle tree in front of West of Poppy, near the corner of Washington Street. The tree will blossom with white flowers, to contrast against the red brick building, said the company’s owner, Joe Schneider. It takes about half a day just to take the original tree out, along with its roots and old soils, he said.

Red maples and Chinese Pistaches will also be planted downtown. Pistache blooms are mostly reddish in color, and are hardy, small to medium-sized trees that can withstand harsh conditions and poor quality soils.

Many of the existing trees on Lincooln Avenue are not doing well, Schneider said. “We did an inventory of trees that were dying, or performing poorly, or have a lot of decay.”

Raynor said his department is reviewing the arborist’s recommendations and will take the project to the city council for further guidance.

Infection occurs through any opening in the tree, such as scars, wounds or fresh pruning or scuffing wounds, says arborist Bill Pramuk.

The city on Tuesday extended its development agreement with the Calistoga Hills resort project until March 29, 2021.

In the Country: Trees are our friends

Rich Moran loves trees and think we all should do as well, despite the green hieroglyphics that are painted on some of them.

The City of Calistoga is replacing trees along Lincoln Avenue. The crew from Pacific Tree Care planted Crepe Myrtles on Jan. 31.