Become a Member
Read Today's E-edition
Share This
Pricey housing in Napa County can cost more than your paycheck. It can affect your health
Share this
1 of 5 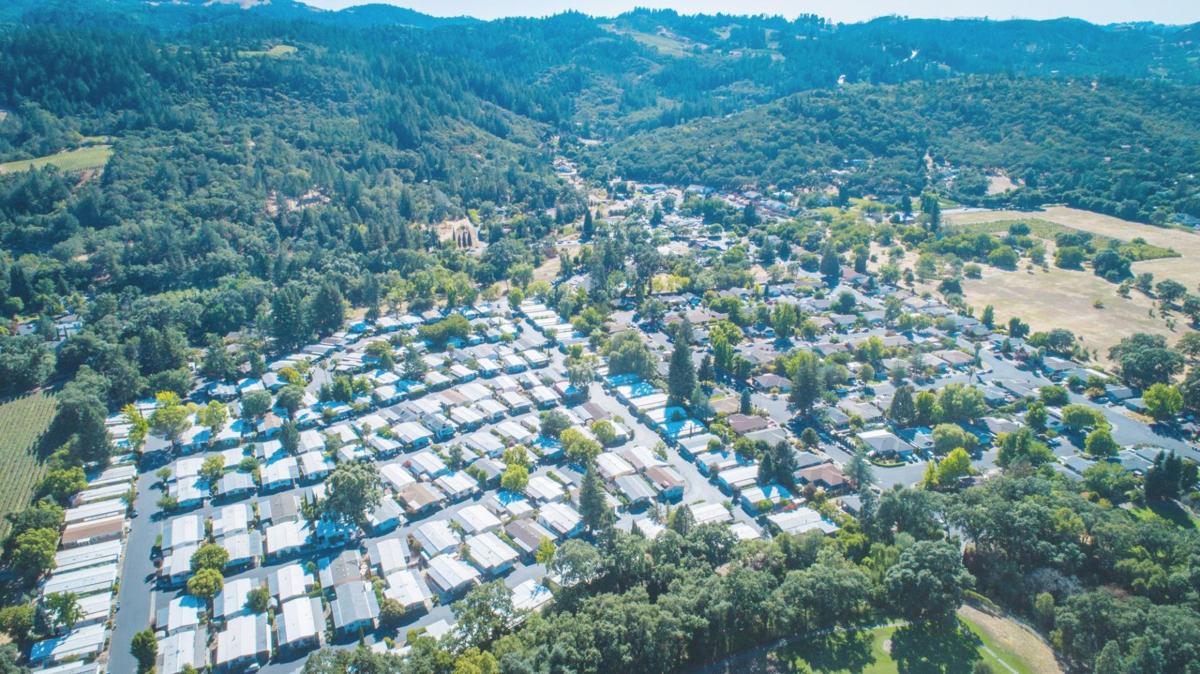 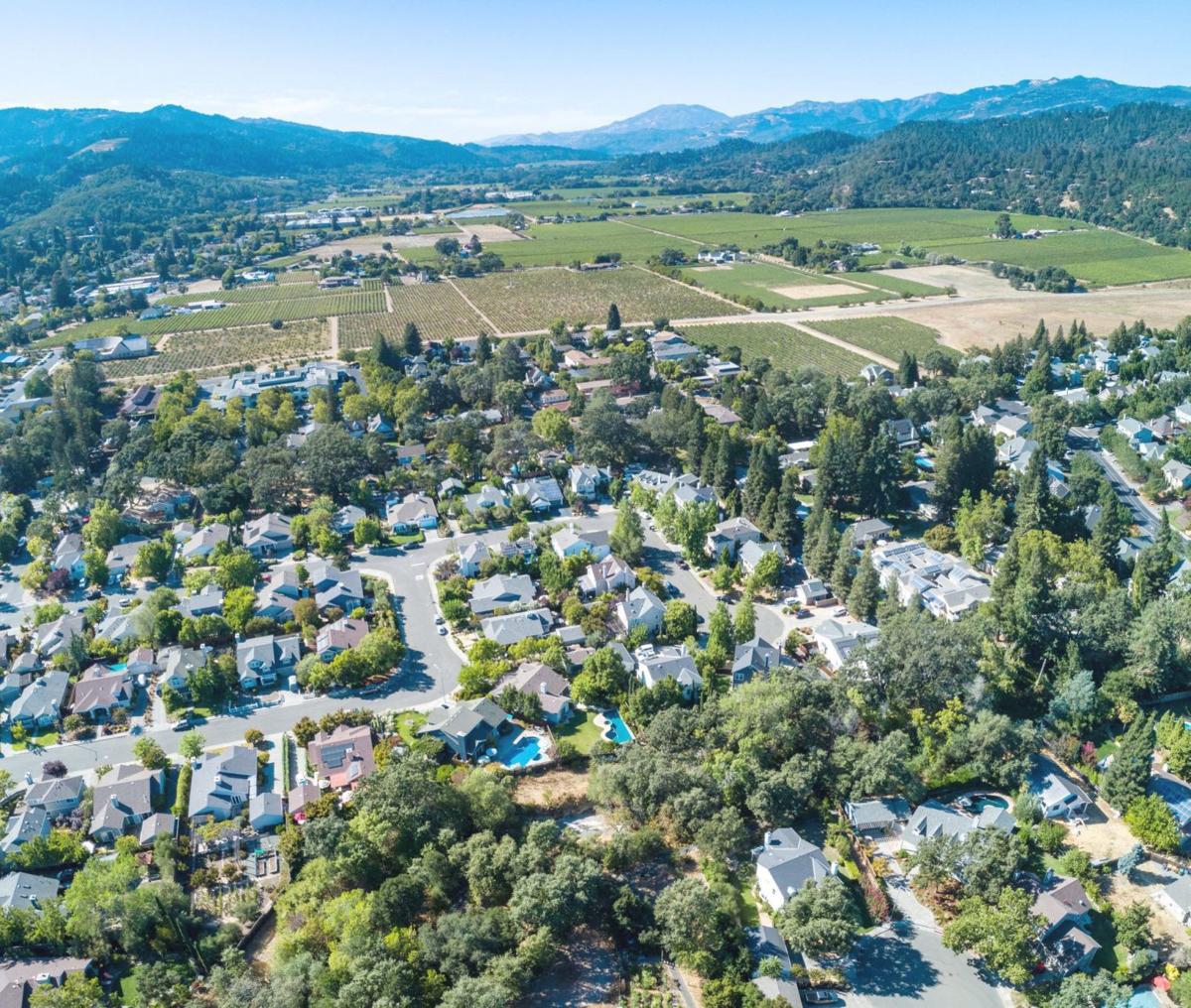 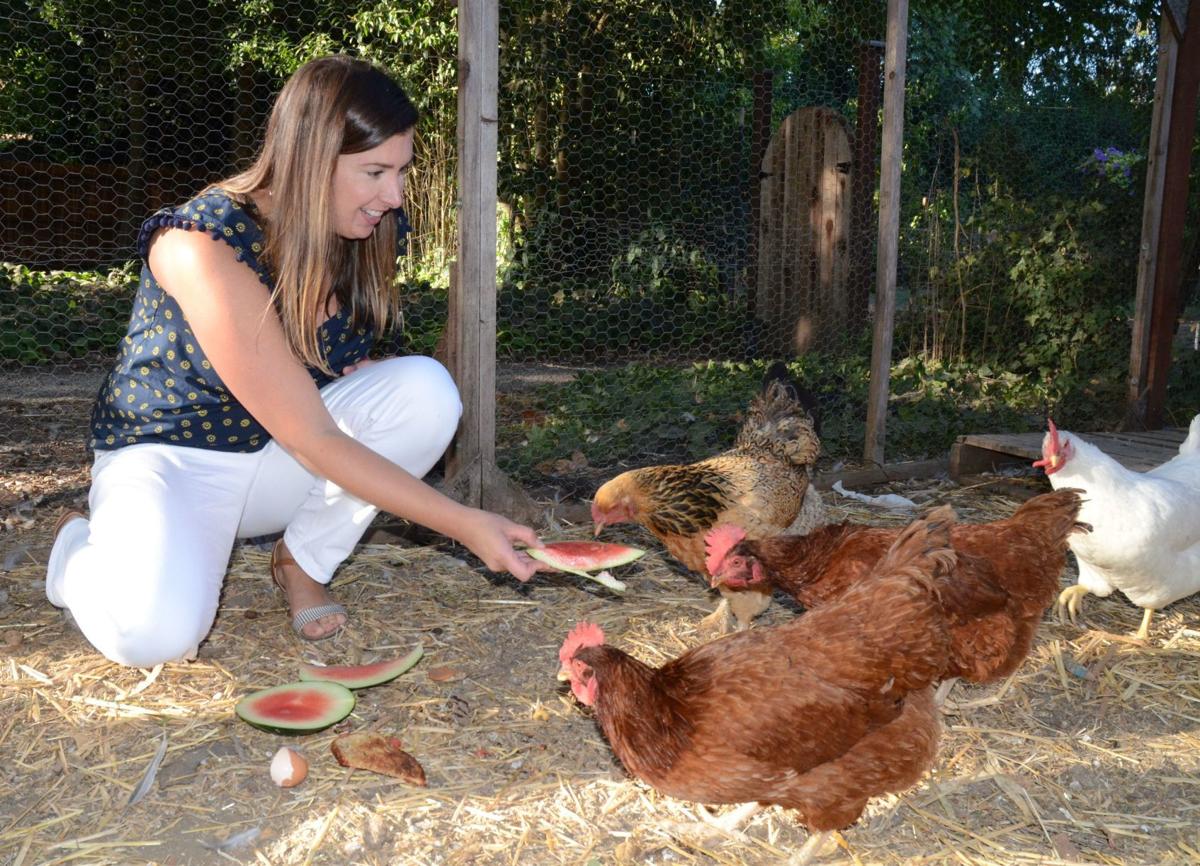 Leslie Mullowney feeds the chickens at the Napa home she and her family rent. 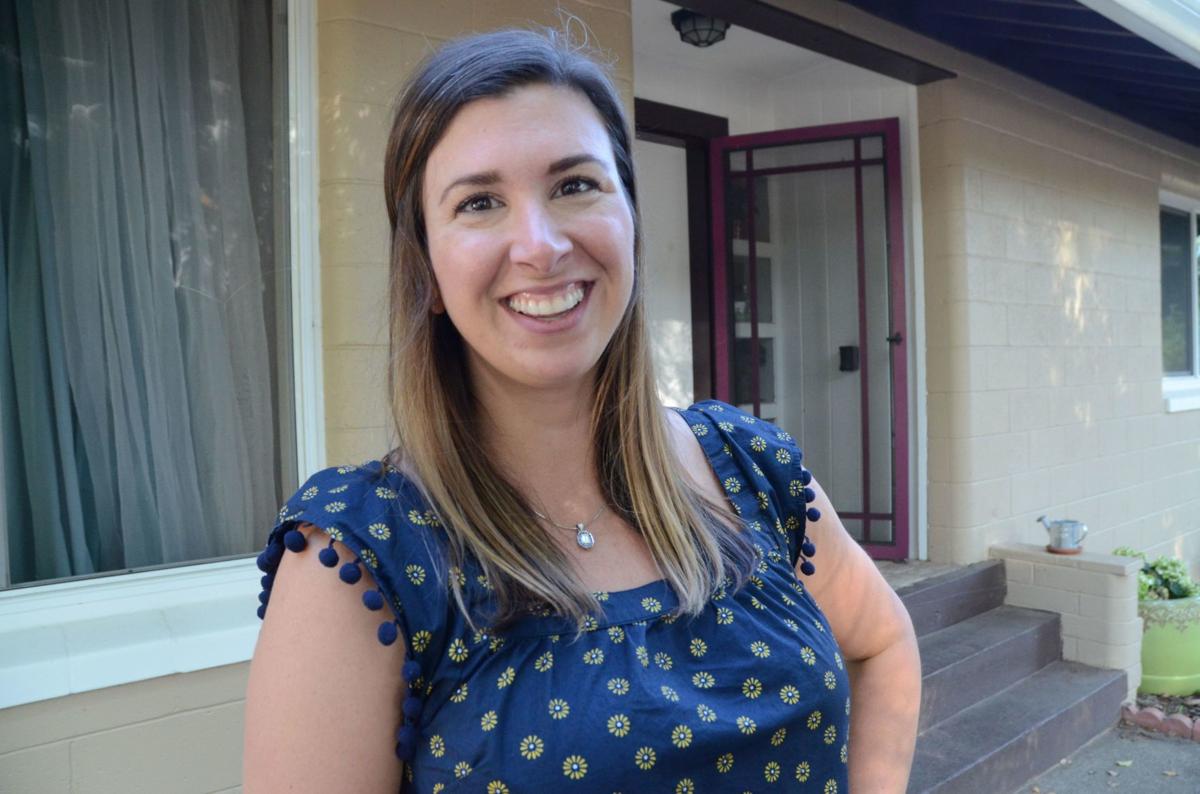 Leslie Mullowney in front of the Napa home she and her family rent. 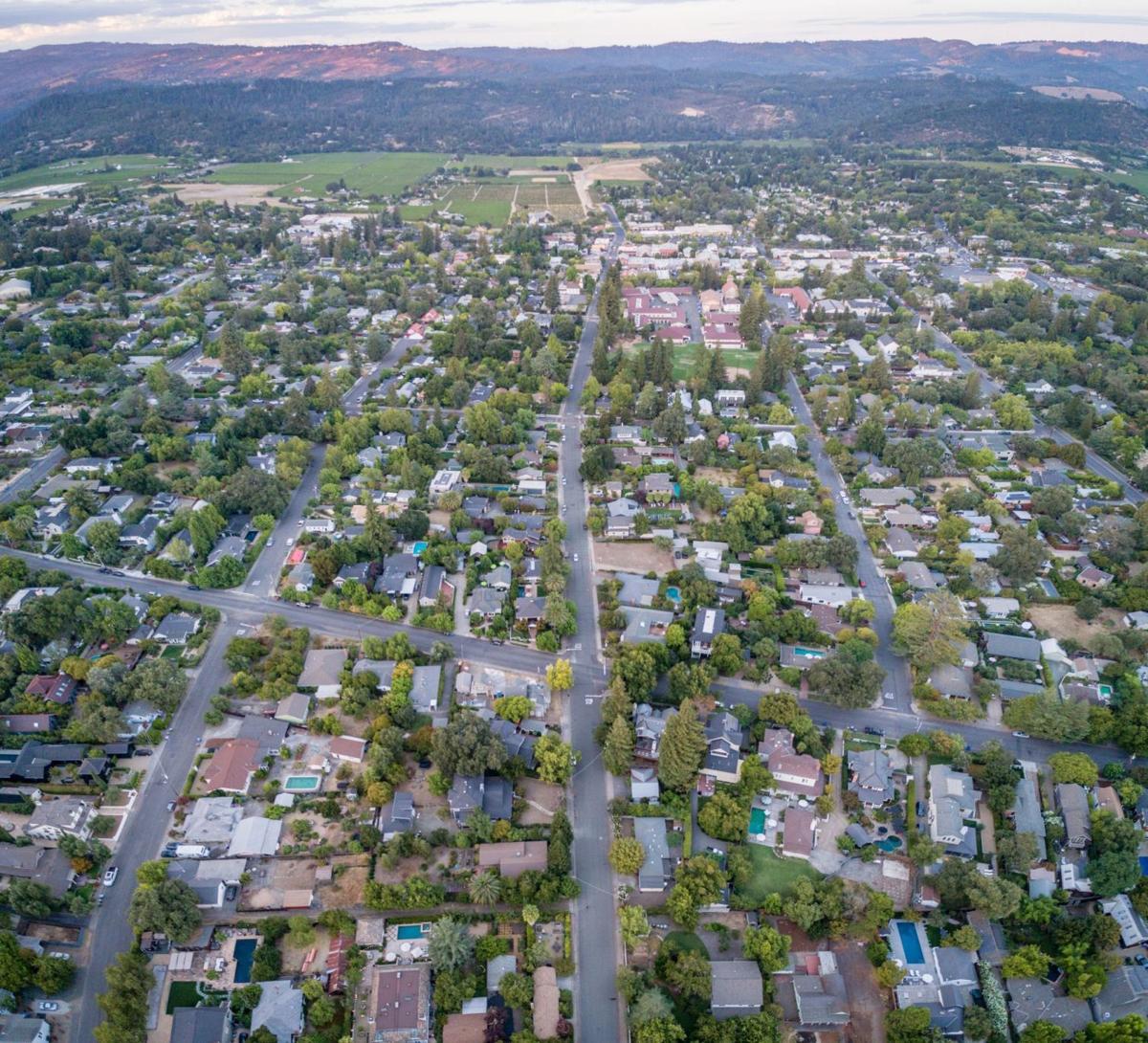 Editor’s note: This article (part 1 last week; part 2 this week) is part of an occasional series that takes a look at how Napa County’s high housing costs affect local residents and workers.

The Census Bureau estimated that in 2017, the median cost of rent for Napa County households was $1,541.

As part of a collaboration with the University of Southern California’s Center for Health Journalism, the Register has heard from nearly 200 people who shared their stories by responding to our questionnaire and recording themselves at equipment posted at the UpValley Family Centers’ offices.

Some said the county’s high cost of housing has affected their mental health. Others report sharing a bedroom with their family, being unable to feed their kids on some days, struggling to manage other expenses such as medical care and leaving the county altogether.

In Napa County, those looking for subsidized housing have limited options.

Section 8 of the Fair Housing Act of the Civil Rights Act of 1968 established the federal housing voucher program to assist low-income, elderly and disabled renters with finding housing.

Napa County’s Section 8 list, which is maintained by the city of Napa’s Housing Division, has been closed since March 2013.

Napa isn’t alone in this — places throughout the country have Section 8 lists that are closed or have long waitlists, said Elizabeth Kneebone, research director for UC, Berkeley’s Terner Center for Housing Innovation. One in four people who are eligible for a voucher actually get one, she said.

Napa County’s Section 8 program currently serves 1,125 people and 1,121 are on the waitlist, though the city hopes to reopen the list in the next year or so, depending on Section 8 voucher turnover and federal funding, Housing Manager Lark Ferrell said in an email.

‘Drowning’ to stay in Napa

The neediest renters may spend a higher proportion of their income on housing, according to a 2019 analysis by Harvard’s Joint Center for Housing Studies, but housing-related stress can manifest itself in other ways.

Even if someone spends enough money to get the home that they want, they may pass on other expenses, such as healthy food or doctor visits, to afford their mortgage, said Bongiovi of OLE Health. Stress can stem from living in a neighborhood without green spaces or facing a long commute. Not having the means to afford housing in a desired neighborhood that can affect stress too, she said.

That was the case for Napa native Danielle Jones, 40, who left her hometown of Napa for Fairfield after she and her husband realized they could live in a bigger home and save up to $700 per month in housing costs there. Jones, who homeschools her four children, said affording life in Napa on her husband’s salary alone became too much. Jones and her husband, who is also from Napa, pray that they can one day afford to return and buy a home.

“Sometimes I ask myself if I’m crazy,” she said.

When Jones thinks about her hometown, she feels conflicted. She said she’s happy to see it thrive, but “it just seems that it doesn’t necessarily have a place for us.”

Fourth-generation Napa resident Kim Ilsley, 30, who was interviewed weeks before her wedding, said she felt anxiety about how to navigate the next step in her life — she and her partner want kids soon, but don’t want to bring children into a home with roommates or substandard living conditions.

“There’s part of me that so deeply wants to stay in Napa and to be part of the amazing culture and community that we have here. This is my home,” Ilsley said. “But I don’t want to break my back and kill myself financially to live in Napa.”

Even Napa resident Michelle Singh, whose landlord keeps his rents below market rate out of concern for and to retain his tenants, said housing is a struggle. At one point, her husband, a seasonal worker, was in between jobs. Singh became the sole breadwinner and they exhausted their emergency fund.

They rented out their second bedroom to a roommate to bring in extra cash. Singh said sharing the home between four people, including her 2-year-old, was stressful. At one point, she sought counseling to alleviate her stress.

Singh’s family currently has no plans to move and wants to stay in Napa.

It’s a “small community where everyone’s really close and supportive, and they see you,” she said. “It’s nice to be seen not just when you’re at your best … but when you’re struggling too.”

Still, she doesn’t think they’d be able to stay in Napa if they needed to move out. Much of her family’s income goes toward student loans and child care.

That’s also the case for Leslie Mullowney of Napa, a mom of kids aged 2 and 4, who faces about $100,000 in student loans. She and her husband, who is self-employed, pay $1,800 per month in pre-school and child care costs and $3,000 per month for their three-bedroom home.

Her family’s expenses are so great that she’s hesitated to bring herself or her youngest child to the doctor for non-emergency situations at least three times in the past year to avoid a $75 copay.

Mullowney recently returned to the workforce after losing her marketing job at a winery as a result of the 2017 North Bay wildfires. At the time, she was on maternity leave after giving birth to her second child.

Mullowney said she developed post-partum depression and was seeing a therapist regularly until she lost her employer’s insurance and switched to a Covered California plan around the time her daughter was 5 months old. She said she’s been on the same medication since and hasn’t been to any therapy sessions.

Mullowney went back to work in part to get better benefits because she’s unhappy with the care she’s received through Covered California. She said she’s already texted her old therapist about the possibility of returning after she’s eligible for insurance through her new job.

The past couple of years have been tough for Mullowney and her husband, she said. They’re considering buying a home, though Mullowney said he wants her to consider moving to a state with a lower cost of living.

“We’re killing ourselves to make it happen,” she said. “Maybe we do have to move. I don’t want to.”

We are writing to express grave concerns regarding the proposed development of the Yellow Rose property in Calistoga.

Users sound off on proposed housing at Napa's Skyline Park

The Napa Valley Register will be hosting a town hall and panel discussion on housing, featuring speakers from the public and nonprofit sectors.

Madeline Hernandez, the North Bay Regional Director and staff attorney of the Immigration Institute of the North Bay (IIBA), is the recipient …

UpValley Family Centers (UVFC) is in need of community volunteers to serve as tutors for students at the St. Helena Primary and St. Helena Ele…

The Napa housing crisis impacts even secure homeowners in the community. What's being done?

Leslie Mullowney feeds the chickens at the Napa home she and her family rent.

Leslie Mullowney in front of the Napa home she and her family rent.