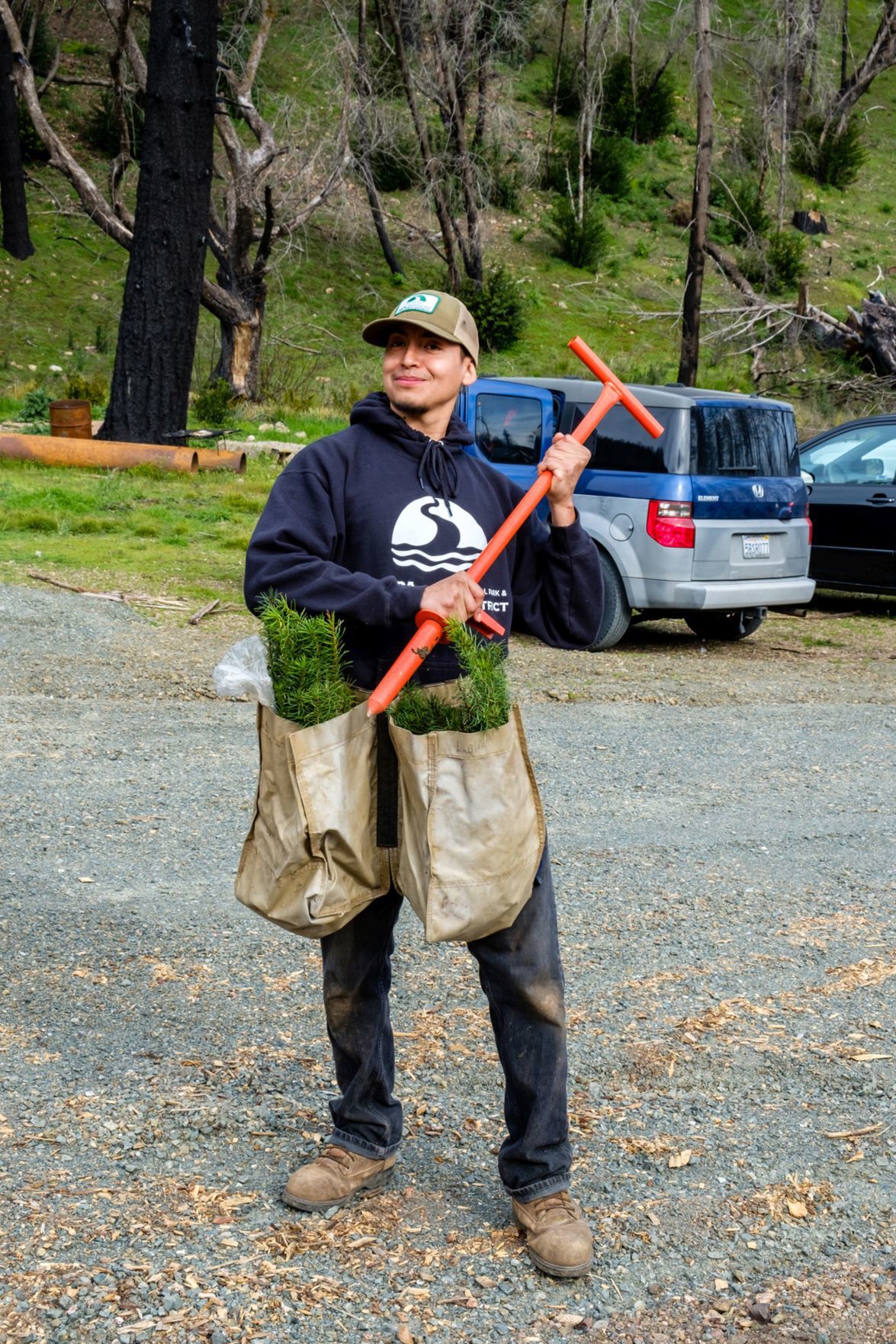 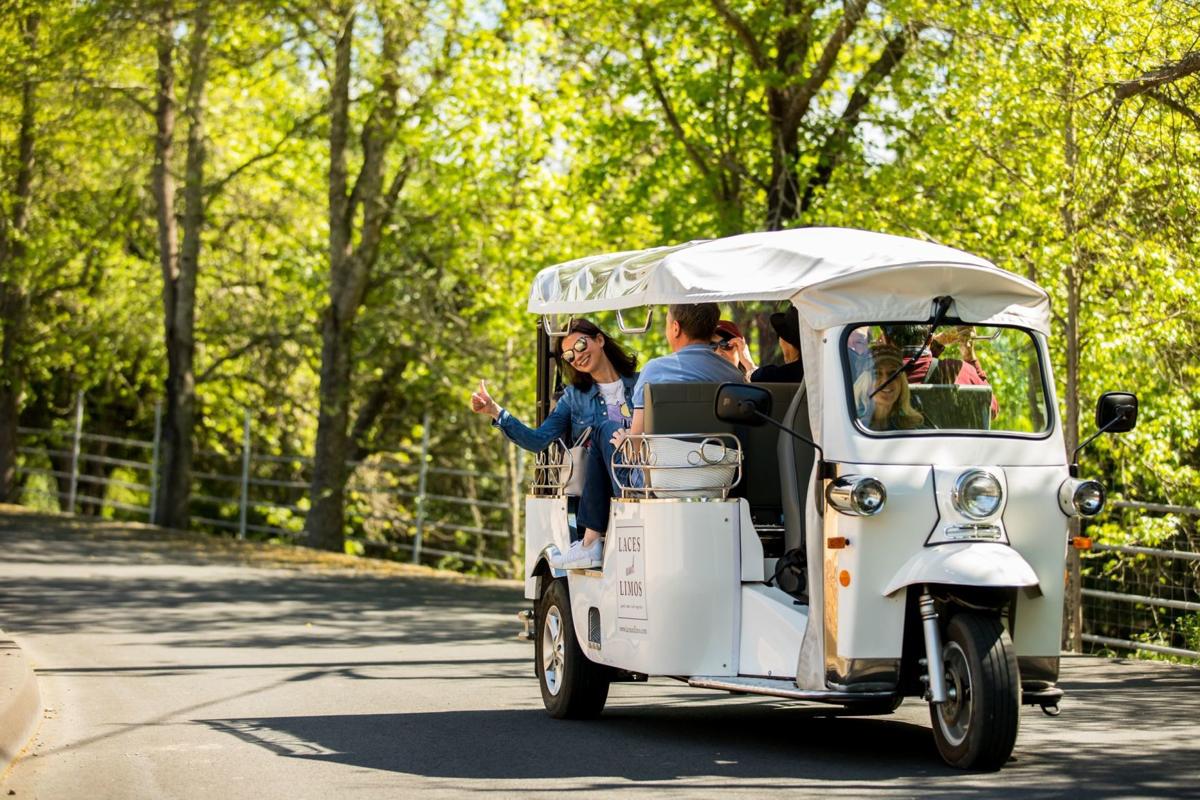 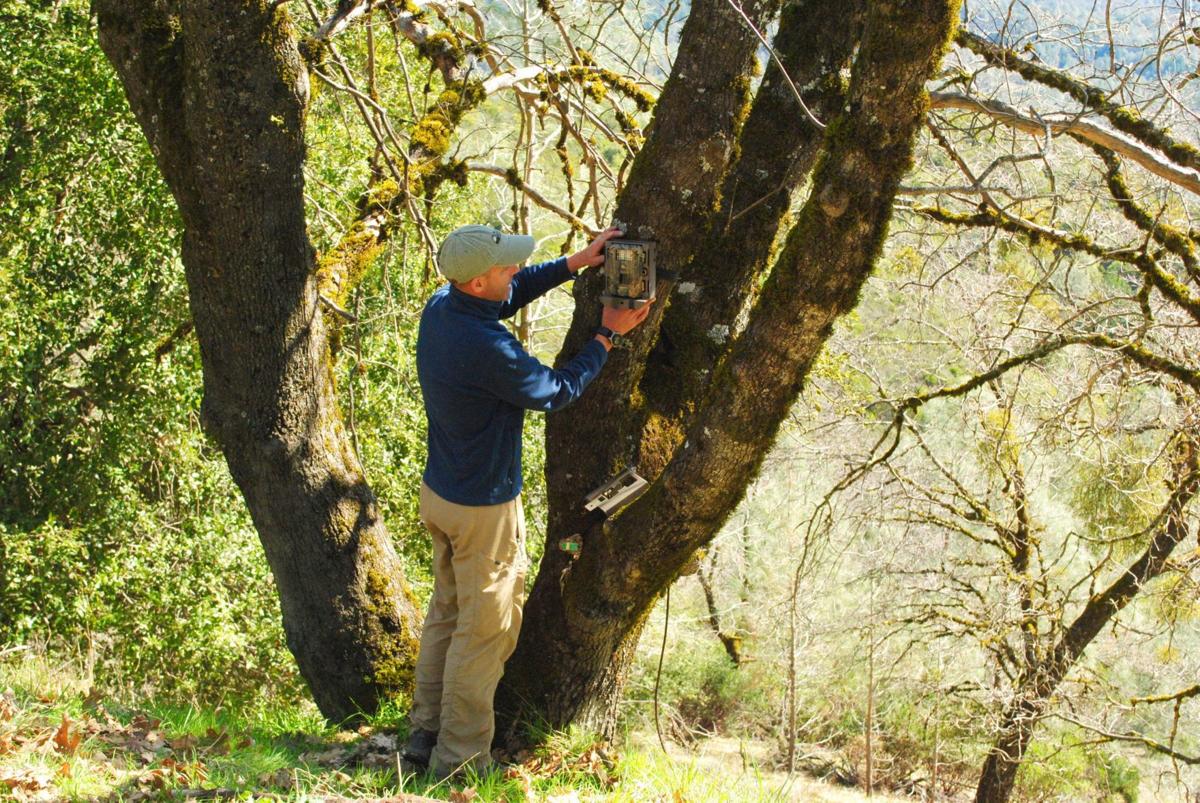 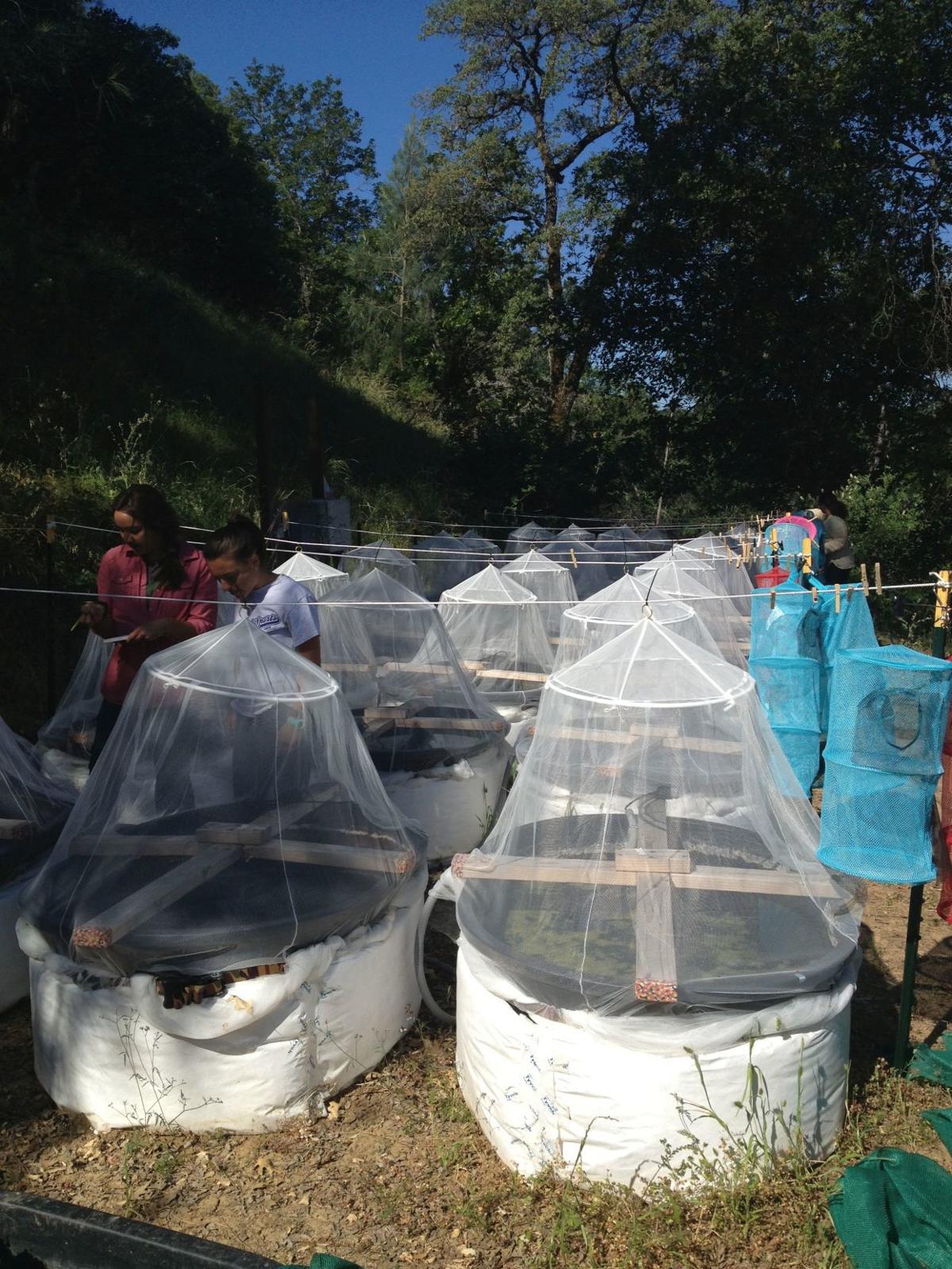 Tanks near Lake Berryessa simulate natural ponds so scientists can study the effects of climate change on dragonflies. 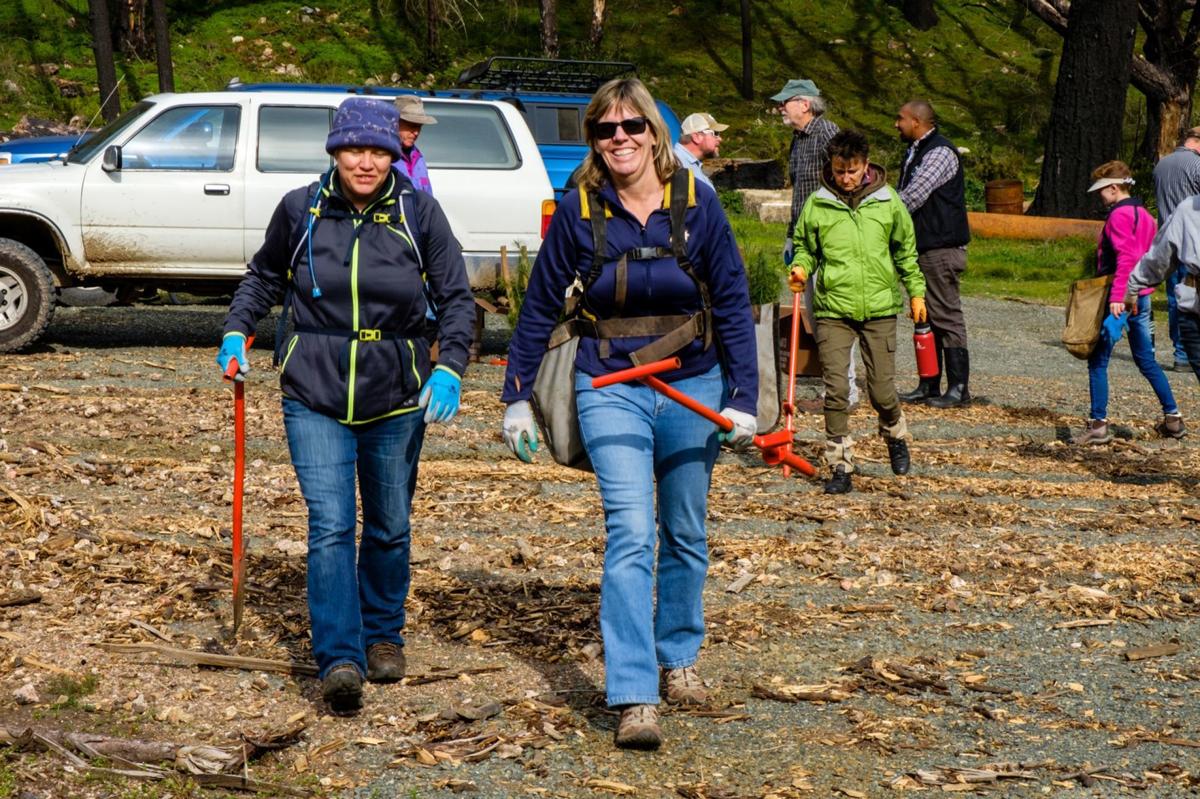 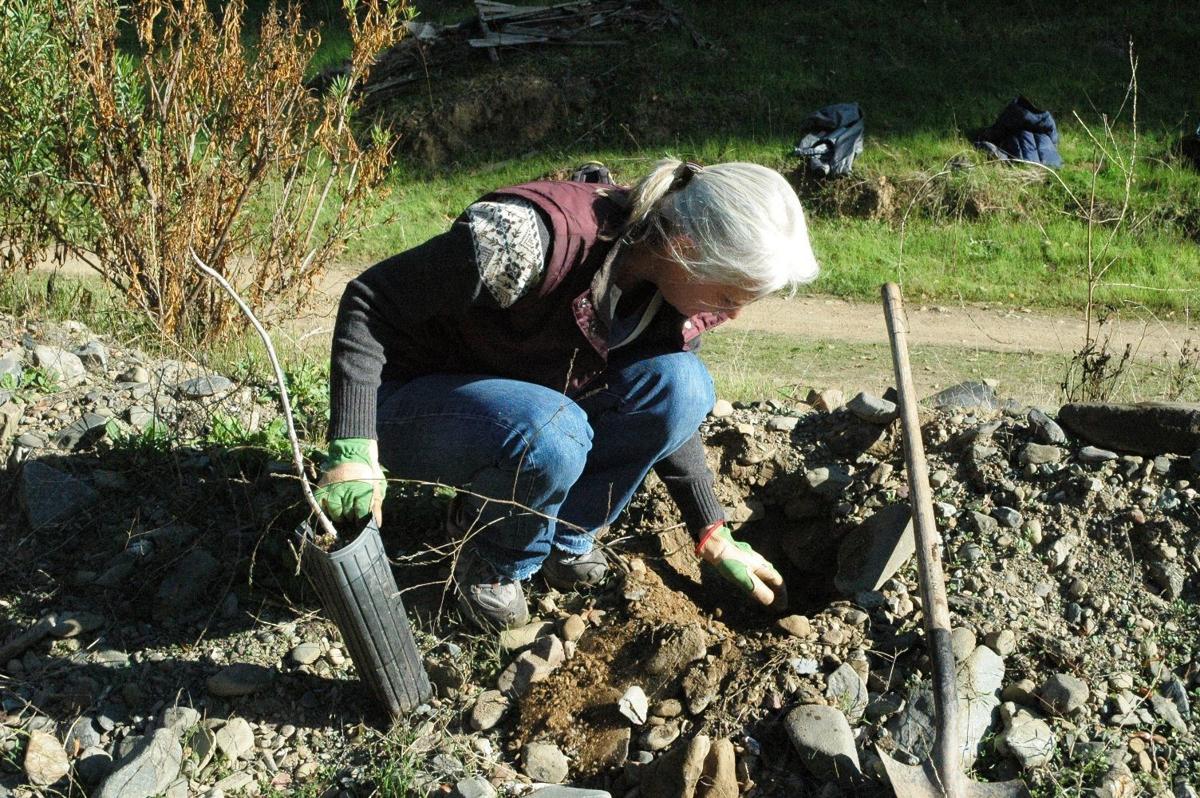 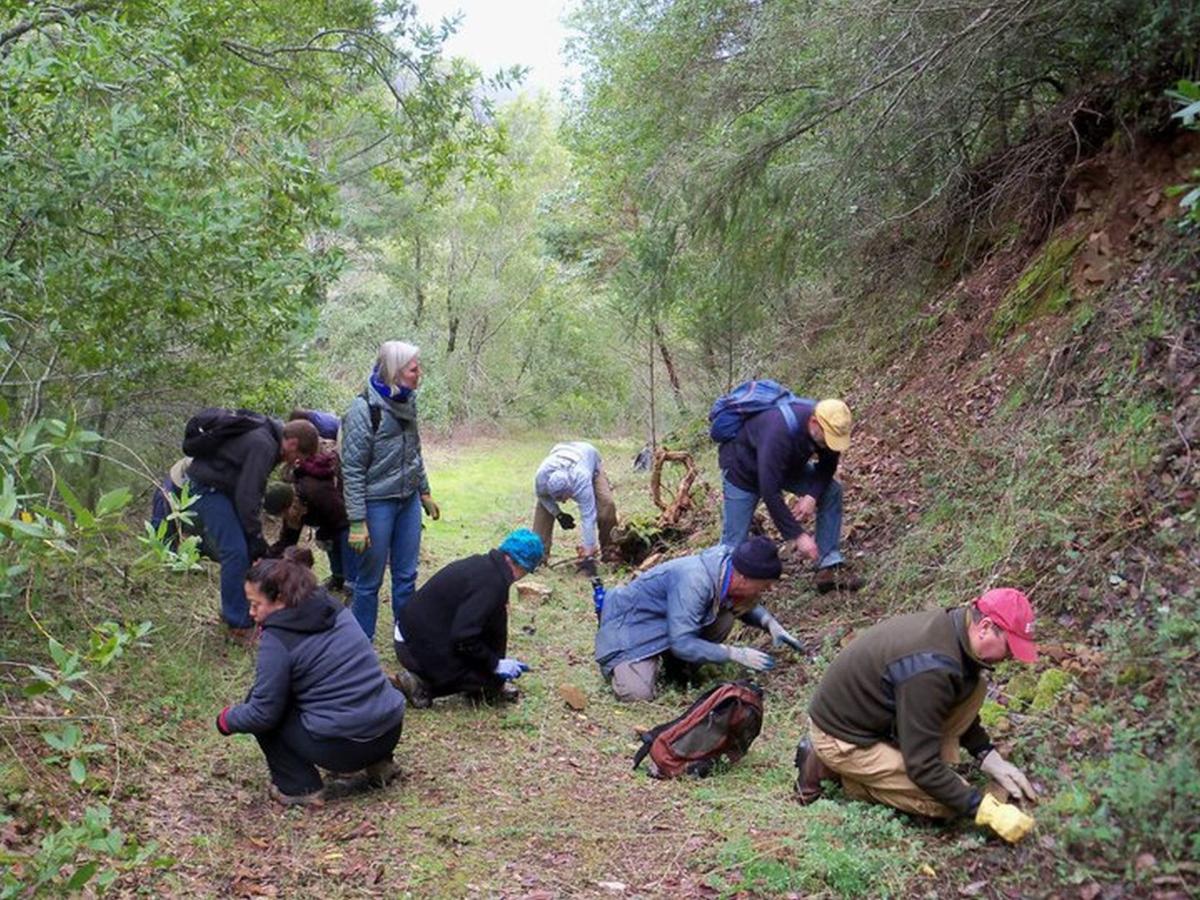 Climate change is leading to more variations and unpredictability in the weather of Napa Valley’s wild areas, including increased heat and dryness in the hills, and sea level rise near the Napa River’s wetlands in American Canyon and Napa. The changes do not occur to the same degree in all spots. Long-term, wide-ranging studies are underway to measure actual climate impacts on the distribution of different species.

Climate change is defined as a long-term shift in regional weather patterns.

“We’re seeing a trajectory unfold of a longer summer season and increasingly mild winters, with more variable rainfall. As a result, during our recent drought, the landscape became increasingly arid over time. This trend is likely to continue,” said Dr. Lisa Micheli, CEO of Pepperwood Preserve, a nonprofit environmental education and research organization. Pepperwood operates a nature preserve that sits on 3,200 acres of hills between Napa and Sonoma counties.

John Woodbury, general manager of Napa’s Open Space District, said as the weather gets hotter and drier, he is seeing certain animals and plants move to higher elevations. They are also moving to spots that are further north.

The changes scientists are seeingMicheli said Pepperwood’s scientists are closely watching species that live in cool, moist habitats. These habitats may be highly vulnerable to change.

“It might start to get too hot and too dry for certain species. We’ve seen fewer ‘chilling hours’ at night and in the early morning,” said Micheli.

Micheli said although wildlife can be very resilient, some medium-to-large sized species were less common on the preserve after the 2017 fires. There is some evidence that members of these species were burned or trapped on barbed wire fences.

“There’s been a lot of fuel buildup of brush and dead trees, which burned off in the fires. That ‘sterilized’ the landscape,” said Woodbury.

In response, the district is replanting native species in certain areas, such as The Cove, a 160-acre property at the top of Mt. Veeder.

“We’re putting in a diverse mix of native plants and trees. This way the area is less susceptible to large fires. We’re creating breaks so a fire won’t jump from the grass to the trees,” said Woodbury.

Woodbury said the district is also removing invasive plants, including French broom, a fire-prone shrub that can grow up to 10 feet tall. The district is engaging in the removal in Moore Creek Park and on the west side of the Mayacamas Range.

The size and intensity of fires is the trend of greatest concern to local residents, said Napa County Fire Chief Geoff Belyea.

“The weather is trending toward high heat and low humidity, with strong winds that accelerate fires. In certain rural and wild areas, CalFire is working to remove some of the brush and taller vegetation. We want to keep the lower grasses. We’re encouraging property owners to also engage in brush and dead tree removal. This will lessen the intensity of fires,” said Belyea.

Belyea said grass fires have the potential to spread quickly, but burn less intensely than brush fires. They are also easier to put out.

Belyea said he is seeing vegetation in many areas take several years to recover from the prolonged drought and the fires. Last winter’s heavy rains helped more grass return.

“Once the brush is removed, grass grows back into the scar of the fire,” said Belyea.

Belyea said Silverado Highlands and Circle Oaks, both in the hills of Napa, have protected themselves by placing large-scale shaded fuel breaks around their communities. The fuel breaks slow the advance of the fire.

The plants and animals that mark climate changeHeat and dryness are making Napa Valley’s young oaks vulnerable to being eaten before they grow into mature trees.

“Oaks in California seem to have a problem with making the transition from the seedling stage to the mature stage. Researchers are examining different species throughout the state to see why this is occurring. Locally, we’re monitoring the health of blue oak populations across Quail Ridge Reserve,” said Dr. Jeffrey Clary, the staff director for the UC Davis Natural Reserve System, a group of six natural reserves throughout the state administered by UC Davis.

Quail Ridge Reserve, one of the reserves, sits on 2,000 acres that project into Lake Berryessa.

Clary said under normal conditions, blue oaks grow very slowly. In dry times, seedlings see their tender leaves eaten away by deer and rodents. The animals may be doing this because they are stressed for food.

“We’re seeing blue oaks that are at least 10 to 15 years old stay at seedling stage, about two inches tall. They have an incredible ability to ‘hang out’ at this stage for years without getting bigger. It’s a concern that they’re not getting big enough to escape getting eaten by deer and other herbivores,” said Clary.

Clary said if blue oak seedlings’ leaves are eaten off enough times, the trees may die.

“We have seen that at Quail Ridge Reserve, as well as the death of grey pines and live oaks that we lost in drought years and in fires,” said Clary.

Shannon McCauley, an associate professor of biology at the University of Toronto, Mississauga, said data about native dragonfly species also show how heat and drought are affecting animals.

McCauley has been studying four native species of dragonflies in covered cattle water tanks at Quail Ridge Reserve since 2012. The tanks simulate freshwater ponds. In some areas of Napa County, lakes, ponds, and creeks are experiencing a gradual warming.

“The heating has decreased the rate of survival for blue dashers, but Western pondhawks are doing well. Several species have relatively smaller wings, which hampers flight. We think stress due to heating is making certain species die from other things, like pathogens or lack of food,” said McCauley.

McCauley said mosquito populations could increase if certain dragonfly species get “knocked out by global warming.”

“It’s unclear at this point whether other dragonfly species would fill that gap. It would be good if temperatures stop warming or other predator species step in to eat mosquitoes. Mosquitoes are major vectors of disease,” said McCauley.

Measures that protect the wildernessThe Land Trust of Napa County is actively working to address the threats posed by climate change by keeping different landscapes in the region connected, said Kimberly Howard, development manager of the Land Trust, a local nonprofit dedicated to preserving the character of Napa County by permanently protecting land.

“Habitat linkages, or corridors, are the most frequently recommended approach to maintain ecosystem resilience. Landscape connectivity protects our water resources in an increasingly arid region. It also provides room for plants and animals to adjust their locations to survive in response to a warming climate,” said Howard.

Howard said the Land Trust is prioritizing the protection of habitat corridors and landscape linkages across a broad range of habitats, elevations, terrain and microclimates.

“This effort is aimed at helping native plant and animal species shift and move between lower and higher elevations, interior and coastal areas, and along south-north trajectories through the Napa, Mayacamas, Blue Ridge and Vaca Mountain ranges,” said Howard.

Howard said the Land Trust is a partner in the Mayacamas to Berryessa (M2B) Landscape Connectivity Network project. The M2B is a public-private collaboration between land trusts, open space and park districts, state and federal land managers, and ecology researchers dedicated to landscape-level conservation of Northern California’s Inner Coast Ranges.

“The Land Trust has a series of remote wildlife cameras associated with the M2B project. We are in year three of cataloging wildlife pictures. The cameras have already documented a photo of a ringtail (a native species that is the relative of the raccoon). It’s the first wildlife camera documentation of ringtail in the nine-county Bay Area region,” said Howard.

Benz said it is beneficial to promote the use of vineyards as firebreaks, encourage the enactment of water quality and tree protection ordinances, and advocate for increased county code enforcement of such ordinances.

Benz said local residents can also retrofit homes for fire safety and prevent erosion on their property and public lands. Erosion leads to increased sediments in waterways, which adversely affects wildlife in creeks and rivers.

Benz said one of the most significant steps residents can take is to find ways to reduce the number of gas-powered vehicles on the road.

“Our traffic situation is probably our biggest countywide contribution to global warming. We need to examine how we can reduce the number and impact of gas-powered vehicles. We need to get local employees and visitors out of their cars and into ride-sharing and electric vehicles,” said Benz.

“Our vehicles seat up to six people and go up to 25 mph. For our tours, we take guests through backroads to two wineries per tour. We visit wineries that include Italics Winegrowers, Sodaro Estate, and Palmaz Vineyards, as well as a handful of other boutique wineries, just outside of downtown Napa,” said Helms.

“Guests especially like going up Howell Mountain on an incline to get to the top. They love the view,” said Helms.

Helms said the tuk-tuks have a special advantage over cars. They are silent, which means birds and animals are not disturbed by their passage.

“Deer casually walk alongside the vehicle. Birds are all around us. Our guests are stunned by the beauty,” said Helms.

Helms said conducting the tours has showed her wild areas can and will make a recovery.

“After the fires of 2017, tourists thought the whole county was destroyed,” said Helms. “Traveling through wild areas without noise or fumes have helped them see it’s not. I’ve learned that sometimes, it’s so important to pull over the vehicle, stop, and take it all in. When you see nature, you see peace.”

Cal Fire is thinning out the overgrown Las Posadas Experimental Forest in hopes of limiting the risk of a fast-moving wildfire that could devastate Angwin.

Landtrust hikes will explore Napa County this spring and summer.

Our Napa parks are wonderful. Let’s make them Better

Letters: About time we fund preserving woods and open spaces.

Tanks near Lake Berryessa simulate natural ponds so scientists can study the effects of climate change on dragonflies.