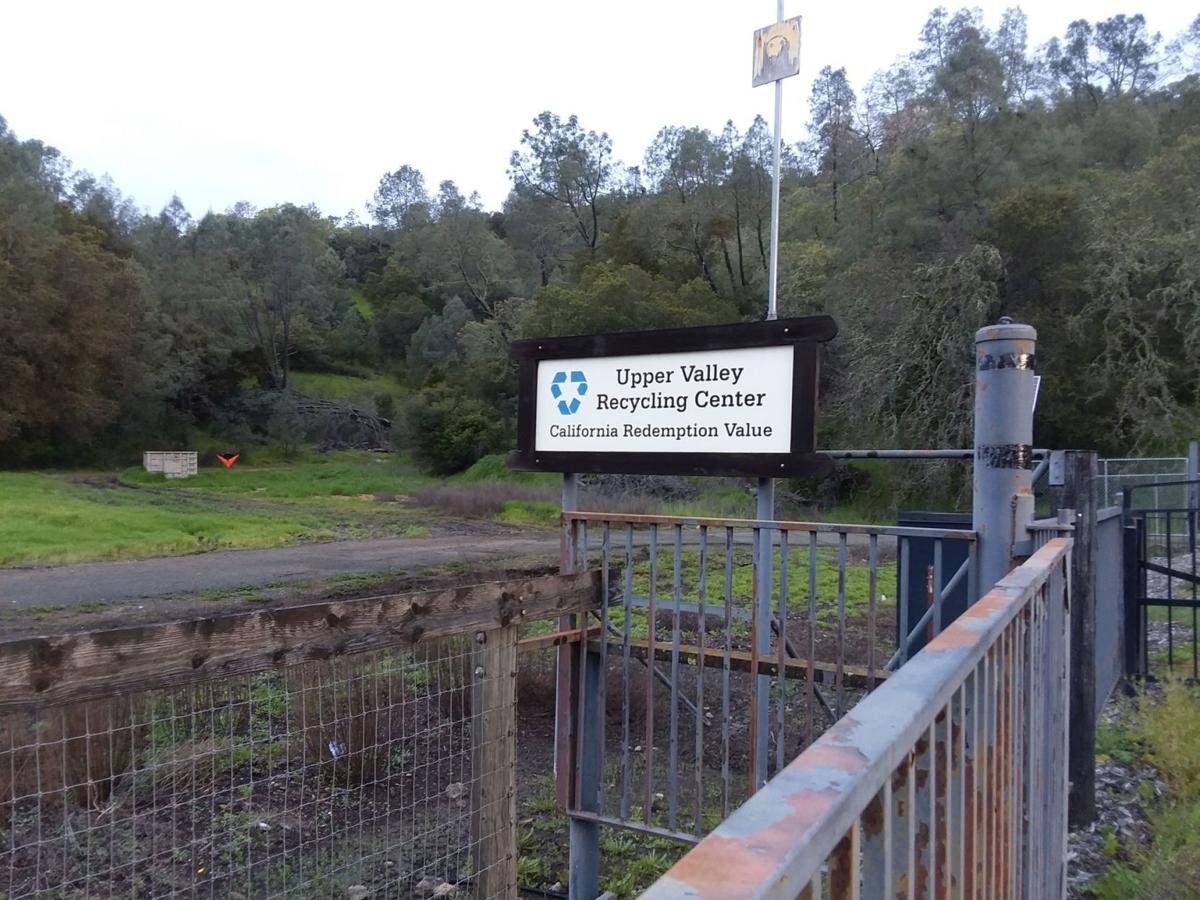 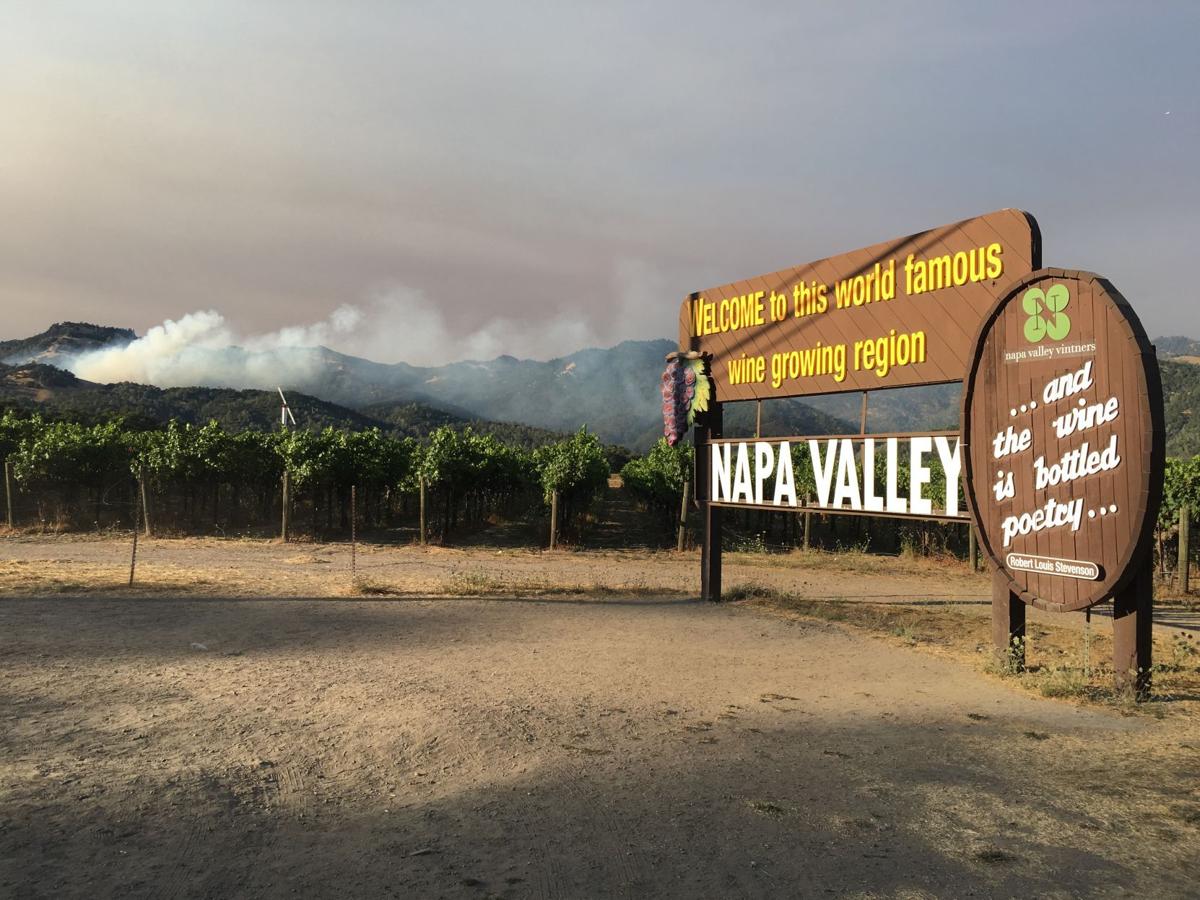 A lengthy smoke trail from a fire that burned Aug. 6, 2018, at the Clover Flat Landfill outside Calistoga clouded the view from the landmark Napa Valley welcome sign on Highway 29 south of the city.

St. Helena Mayor Geoff Ellsworth and Clover Flat Landfill are sparring after Ellsworth questioned whether the landfill should continue operating given the risk of fires.

Ellsworth first raised the issue at the Aug. 11 City Council meeting. He noted that a fire originating in one of the Upvalley’s remote, high-wind canyons could have “devastating” consequences, and that landfills are “by nature prone to fire.”

“As politically challenging as an issue like this can be, and while I recognize some efforts have been made to mitigate recent problems with fires and other environmental issues, I believe logic tells us it’s time to more deeply weigh the value of continuing an inherently high fire risk operation in a remote, high-wind canyon in a high fire risk area just a few miles away and over forested lands from Upvalley population centers like St. Helena, Calistoga, Angwin and Deer Park,” he said.

Ellsworth acknowledged the potentially high cost, both in money and carbon footprint, of relocating the operation “to a more fire safe area.” However, he said the matter “should be considered in a timely manner by our safety teams.”

He made the comments during a portion of the meeting set aside for brief reports by councilmembers. Since his specific concern wasn’t listed on the meeting’s agenda, nobody from the landfill was able to respond immediately.

Christy Pestoni, the landfill’s chief operating officer, responded two weeks later with a letter to the Star and a statement at the Aug. 25 council meeting, where she called Ellsworth’s comments “politically motivated.”

“The landfill … has had challenges, but it’s currently operating in a compliance mode, and there hasn’t been a fire there in two years,” Pestoni said.

When Ellsworth raised the issue on Aug. 11, Koberstein said it lay within the purview of the Upper Valley Waste Management Agency (UVWMA), a joint powers authority (JPA) that oversees the landfill’s operations. She said the council lacks “any independent ability to do anything.”

“I suggest that we work through the agency, through our appointed members, to handle this,” she said.

St. Helena’s appointed members to the UVWMA board are Koberstein, a full member, and Ellsworth, an alternate.

“(Ellsworth) knows that the site is compliant, he attends all the public JPA meetings, and he’s toured the facility – in fact, I organized the tour for him last October,” Pestoni said. “He didn’t have any issues last October and actually was very pleased about our progress.”

“We are a community partner. He is an alternate on the JPA board,” Pestoni said. “This is a new platform for the mayor, in my opinion, and a conflict of interest.”

In a statement to the Star, Ellsworth said he has a responsibility as mayor to advocate for health, safety and environmental matters.

“And while I do appreciate our local partnerships and I do receive a certain amount of information as an alternate on the Joint Powers Authority related to this landfill, there are considerations I have raised there that are still to be fully addressed,” he said.

Ellsworth proposed engaging in a Local Agency Formation Commission (LAFCO) Municipal Service Review on countywide solid waste management “rather than getting into an unproductive back and forth on a sensitive landfill issue.”

“A number of companies currently provide solid waste management in Napa County and the region, and such a review could identify synergies to maximize best practices and methods of process and oversight,” Ellsworth said. “With new climate realities, new fire behavior patterns and newer understandings of the underground hydrogeologic dynamics related to landfills there would certainly be a value to an open and comprehensive discussion.”

According to the Napa Valley Register, the agency threatened to revoke Clover Flat’s contract to operate the landfill in April 2019 after a series of fires in 2018 and leaks affecting a nearby creek. The agency withdrew its breach-of-contract notice last October, determining the landfill had taken significant steps to address the fire concerns.

In her letter to the Star, Pestoni said the landfill has spent $10 million on improvements such as using only soil as daily cover, replacing its onsite management team, providing 24-hour fire watch during fire season, and providing a staging area for Illumination Technologies’ IQ 24-Hour Fire Watch detection system. It also installed a $1 million compactor.

The landfill completed remedial actions for fire mitigation and control of excess leachate, said Margie Mohler, chair of the Upper Valley Waste Management Agency, and Steve Lederer, Napa County Director of Public Works, in a joint statement to the Star.

“The UVWMA is satisfied that the past safety concerns of the oversight regulatory bodies have been met by Clover Flat Landfill,” they said. “The UVWMA has not held any discussion on changing the location of this landfill.”

Calistoga Mayor Chris Canning, who serves on the UVWMA board and was highly critical of the landfill after the 2018 fires, said the landfill “has come a long way.”

“Fire risk is inherent to their business, but they are in a much better place today compared with before,” Canning said.

At Clover Flat Landfill, we are proud of our innovations

State mandate to reduce emissions will change the way organic waste is collected and processed.

A state mandate to reduce methane emissions will change the way organic waste is collected and processed.

Officials with the Clover Flat landfill near Calistoga say they are solving various problems there, though skeptics remain.

The City of Calistoga will be purchasing a low-power AM radio for broadcasting messages to residents and visitors during emergencies.

The City of Calistoga is making a minimal investment on a $1 million line of credit, should the need arise.

Neighbors complain of odors at compost/recycling facility near St. Helena

Whitehall Lane residents are complaining of ongoing problems with odors, noise and light pollution at Upper Valley Disposal Service’s composting and recycling facility, and some are pressing for an independent audit.

Neighbors complain of odors at compost/recycling facility near St. Helena

St. Helena residents are complaining of ongoing problems with odors, noise and light pollution at Upper Valley Disposal Service’s composting and recycling facility, and some are pressing for an independent audit.

A lengthy smoke trail from a fire that burned Aug. 6, 2018, at the Clover Flat Landfill outside Calistoga clouded the view from the landmark Napa Valley welcome sign on Highway 29 south of the city.